JUDY IS VELMA FROM SCOOBY DOO

The latest Netflix series everyone is talking about is Dead To Me. It follows a widow called Jen (Christina Applegate) who is trying to figure out who killed her husband Ted in a hit-and-run car accident. Jen meets Judy (Linda Carellini) at a grief support group. They become best friends, and Judy helps Jen find out who killed Ted. There are so many twists and turns along the way, but another thing you can't help but notice is how recognisable all the Dead To Me cast are.

Every time a new cast member is introduced, it's another round of where on EARTH do I recognise them from? It will irritate you for hours. That's because almost all of the Dead To Me cast have been in big films or shows before, but never in roles you can pinpoint in your mind. Here's where you recognise all the Dead To Me cast from – you can thank me later for saving you from going insane trying to remember.

Where you know the Dead To Me cast from:

Christina Applegate plays the show's main character, Jen. You might recognise her as Amy (Rachel's sister) from Friends, or Veronica (Ron Burgundy's wife) in Anchorman. 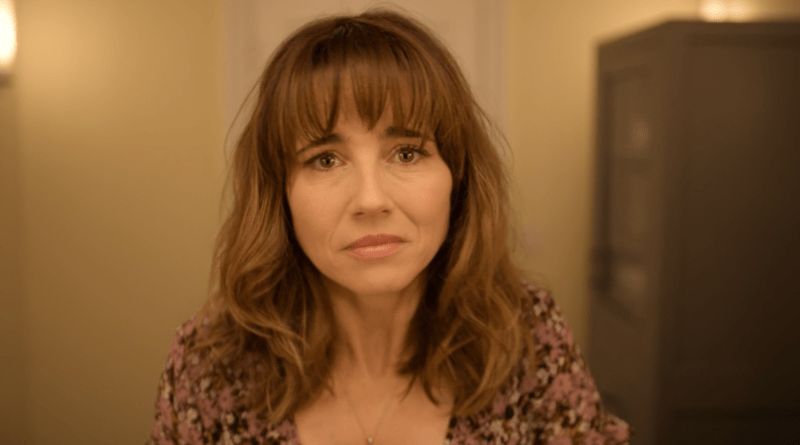 You'll kick yourself when you realise that Judy is Velma from the Scooby Doo films!!! Picture Judy in glasses and a bright orange turtle neck jumper. There you go. She also played Lindsay in Freaks and Geeks on Netflix.

A rogue one, but some eagle-eyed viewers will have recognised the adorable Abe from Judy's classes. He's played by Ed Asner – who is Santa Claus in Elf!! The way he reacts to Steve showing up at a class in episode five is similar to how Santa reacts to the Central Park Rangers, you should have spotted that one.

Impressive if you recognised Jason from somewhere. Jen meets Jason on a grief retreat, nearly hooks up with him but then he wont stop talking about his dead ex. Jason is played by Steve Howey, who is Daniel ie the fiancé of Liv (Kate Hudson) in Bride Wars!!

Dead To Me season one is now available to stream on Netflix.

• Everything we know about Netflix’s Dead To Me season two