We've already established that Fleabag is unbelievably good. It's fresh, it's raw and it will make you cry, then laugh, then cry again. It didn't have a far-fetched fairytale ending but it's not nihilistic either, it's just – perfect in its realism. But after watching the season finale you realise that you need more. More real-life parallels. More metaphors. More meaning.

After spending hours trawling on Reddit and Tumblr for answers, I present to you an English GCSE-esque list of all the Fleabag hidden meanings and allegories you may have missed from the show: 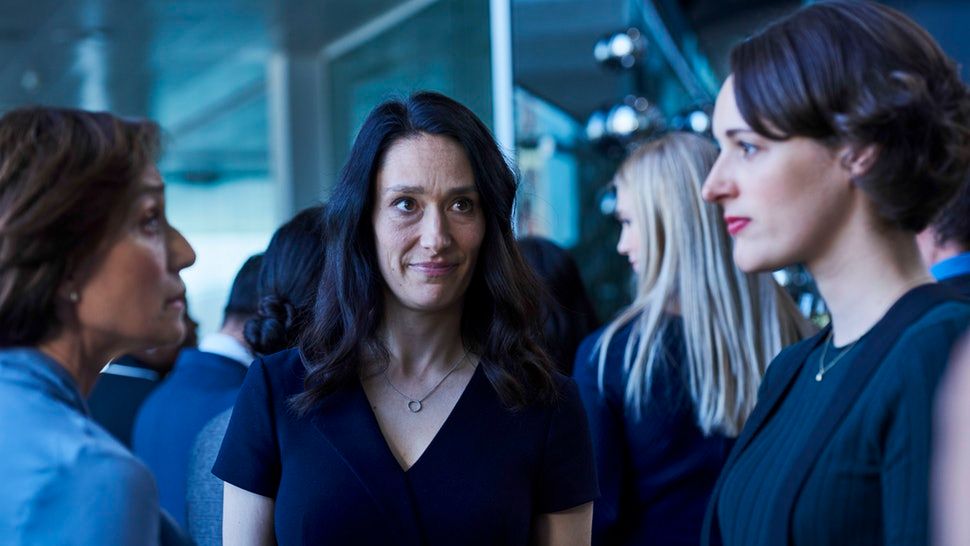 The fox represents Fleabag's old self

When they're sitting on the bench in the beginning of the second season, the priest talks about how foxes freak him out and follow him everywhere. The foxes interrupt their conversation about celibacy and devotion to God, which is ironic because that's exactly what Fleabag does. He says: "I just don't know what they want from me" and then continues to explain why he chooses God and it's because "celibacy is a lot less complicated than romantic relationships." He's been telling her it wouldn't work out all along.

When the priest walks away from Fleabag, she tells the fox to follow him, but she herself walks the other way. Is Fleabag saying that the old her would have followed him? Foxes are usually riddled with fleas, they're unpleasant and unkempt, but we see her evolve out of this state, so that's why she doesn't end up following him.

The priest wasn't talking to her when giving the speech at the wedding, but to God

We all thought he was talking about Fleabag, but if you watch the speech again, you'll realise he's actually talking about his love for Him. This is his speech:

"Yet, it's all any of us want and i'ts hell when we get there. So no one wonders that it's something we don’t want to do on our own. I was taught that if we are born with love than life is about choosing the right place to put it. People talk about that a lot…. it feeling right. If it's right its easy. But I’m not sure that’s true.

"It takes strength to know what's right and love is not something that weak people do. Being a romantic takes a hell of a lot of hope. I think that what they mean is that when you find somebody to love it feels like hope."

In a previous episode, Fleabag kneels and is helped up by the priest, but in the last episode she's the one helping Claire get up as she's kneeling and begging her husband to leave her alone

This is the moment when Fleabag becomes someone who doesn't need to be helped, but instead helps sister.

The sculpture is a piece of her mother, which is why she steals it again

When the Godmother reveals she based the gold sculpture on her mother, Fleabag steals it again, leaning on it with her chin at the end of the episode. She realises that even though her mother is gone, she still needs to lean and rely on her and requires her presence. Also, the sculpture is of a naked body and skin to skin contact is the closest you can get to someone.

He talks about the friendly trap he left in the attic, hinting that his union with Godmother is like a friendly trap. He says: "I was checking on the mouse." Running into the attic, her dad is actually checking if he was himself trapped and suffocating.

Behind Fleabag is a graffiti which reads "живот." Many viewers have pointed out that it means "life" in Bulgarian but also "stomach" in Russian. Both words relate to a process to do with living and further reinforce the overarching theme of realism.

The fourth wall is her dead best friend

Some people are suggesting that the fourth wall is actually her best friend who died in the tragic car accident. Fleabag's conversations with the camera are actually her narrating her life to her friend who is gone, but as the episode go on, she speaks less and less to the camera, eventually letting go of the terrible tragedy and of the guilt she has over her death.

Through the two seasons, we realise that Fleabag is actually in search for self-love, self-belief and self-hope. As she realises that she can love again, makes up with her family members and starts making peace with her grief, she's able to walk away from the camera and wave us good-bye. Now that her heart is full, she doesn't need us anymore.

• Why every girl should be watching Fleabag

• Fleabag will not be returning for a third series