Everyone remembers the kids from School of Rock, but where are they now?

They all recovered from their bout of stickittotheman-itis, it wasn’t terminal

If you can't quote the majority of School of Rock there is something very wrong with you. One of the most iconic films of our collective childhoods, with Jack Black effectively kidnapping a classroom full of kids to play in his band, only after giving them all borderline offensive nicknames.

One of the best things about the film, though, is the fact the cast all still regularly meet up for reunions and also apparently have a "thriving" WhatsApp group chat. But aside from a picture of them all together in a bar every now and then, what have they been up to since they stuck it to the man? Indeed, have they been continuing to stick it to the man up to and including this present day?

Seven School of Rockstars walk into a bar…

We've done some digging and have all the answers, so please, don't report us to Principal Mullins. 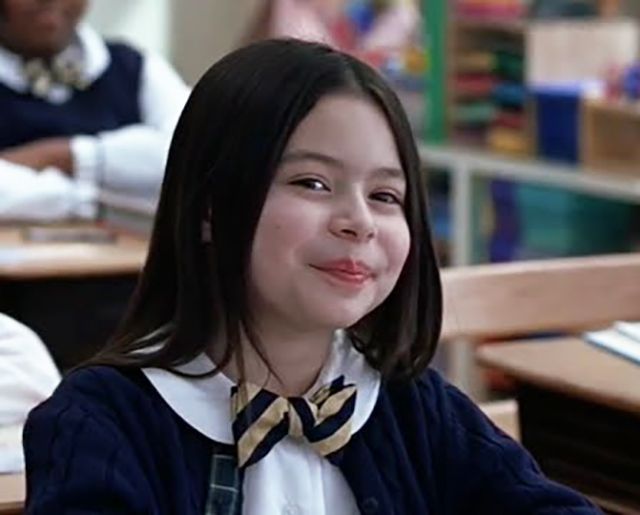 Summer’s done okay for herself since School of Rock – as expected. Someone with no demerits was unlikely to fail in the film industry. She was the highest paid child actress in 2012 and went on to star in Despicable Me and iCarly (where she was paid $180,000 per EPISODE).

She had a go at singing, but it didn’t pay off – a lot like when she tried to sing “Memories” to become a backing singer with Marta and Alicia. She now has 8.4m Insta followers and looks exactly the same as she did in School of Rock. Summer has an estimated net worth of $10m – five gold stars!!!

Since finishing School of Rock, Katie has been making a name for themself in the Chicago theatre scene. But unlike multimillionaire Summer, they’re currently having to crowdfund $5,000 to make their album, which is a “comedy-musical”. This video from their YouTube is all about admitting to clogging a toilet with a dump, and then a tampon – watch and enjoy!

ur tacky n we h8 u #queericons 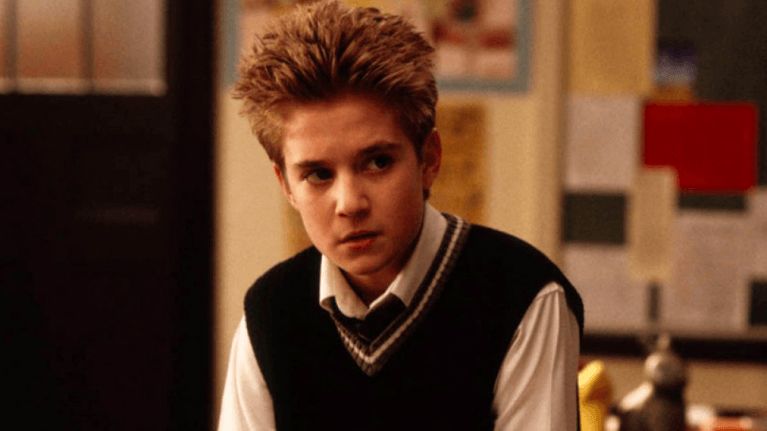 Freddy was the coolest one in the band and was everyone's childhood crush, but age is sometimes a cruel mistress and works in mysterious ways.

Unlike other cast members who continued to act, Freddy carried on sticking it to the man and drumming!! He kept relatively low-key after the film, but is now living in Chicago and plays for a band called Dreadwolf, who currently have less than a thousand listens per song on Spotify and all include a lot of screaming.

More shots from #Dreadwolfband from 7/14! 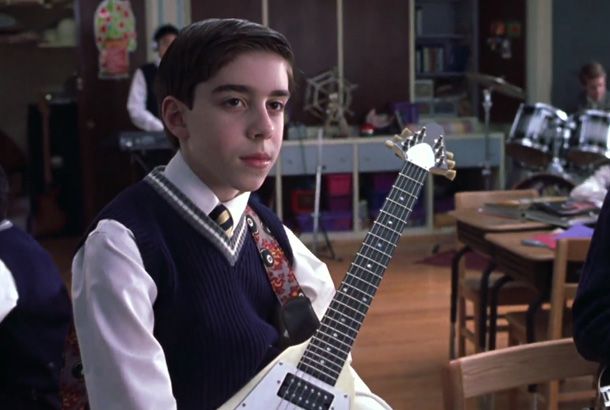 Like Freddy, Zack is still moshing away and defying his dad’s wishes (this might not be true) playing guitar in a band – let’s keep rockin'!!! Defined as “high energy guitar driven rock”, you can hear snippets of 13-year-old Zack’s work here and download the album for a mere $9.99. Like when he kept listening to rock music instead of doing his chores and homework, in 2009 Zack’s rebellious side reemerged as he was arrested for driving under the influence when he was 17. 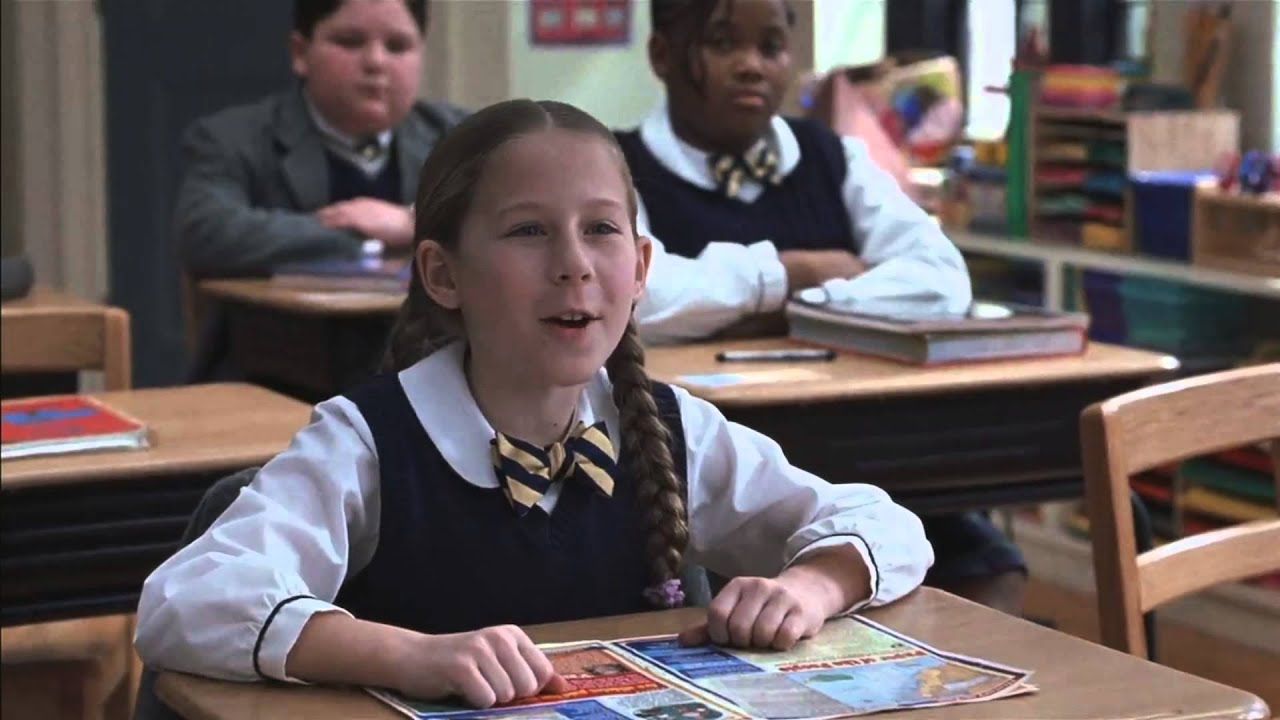 Marta swapped singing for a medical career, and is training to be a medical sonographer at Nova Southeastern University in Florida but still boasts 8,400 Instagram followers which is pretty decent.

When the little black dress just won’t do. #whitecoat

She’s also a certified yoga teacher, goes on lots of nice holidays like to Mexico and Italy, and appears to be seeing Frankie Tough Guy irl – cute! 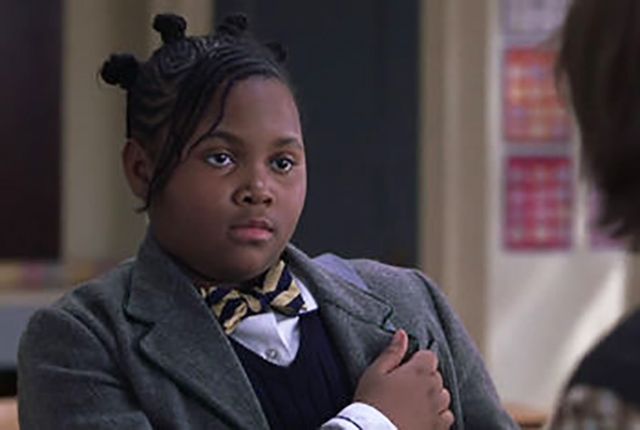 "Nice-pipes" Tomika joined the rest of the crew for the 10-year-anniversary, and whilst we're not entirely sure what she does for living, she does post clips of herself singing on Instagram and has posted makeup tutorials on her YouTube channel. Plus, her Soundcloud cover of Janet Jackson's Any Time, Any Place (you might recognise it from Kendrick Lamar's Poetic Justice) shows her pipes are absolutely still piping. 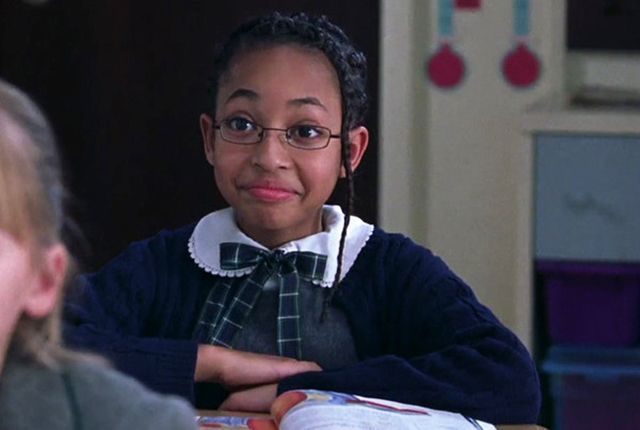 Alicia did a few more films like "Are We There Yet" and some Disney TV shows, but gave it up a few years later. She now has a Masters of Science in Communication Science & Disorder and is currently training up to be a Speech-Language Pathologist. Alicia has 33.6k followers on Instagram, more than most of her former co-stars.

Today is the #internationaldayofthegirl. Growing up, I was taught that I could do and be anything that I wanted to be, regardless of my age, gender, height, size, place of birth, health, or any other seemingly confining parameter. In fact, I was told that I could do/be anything, BECAUSE I am a girl- it’s my superpower. I was given that freedom early; a freedom that too many girls/women in the world, let alone this country, are STILL NOT afforded. As a pledge, I will continue to live my life as an example of the incredible power one has, simply because she’s a girl. ❤️ Happy Thursday, make it count 👍🏽 #tbt #DayoftheGirl #mastersofscience 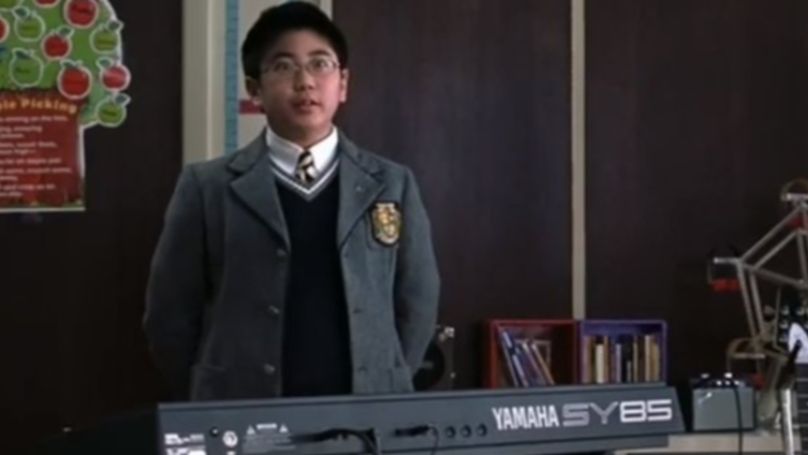 Famously known for thinking he’s not cool enough, and that Mr S was a fat loser who had body odour, Lawrence studied at Dartmouth rather than carry on his acting career. He continued to play classical piano at uni – and I can confirm he can still shred the keys. 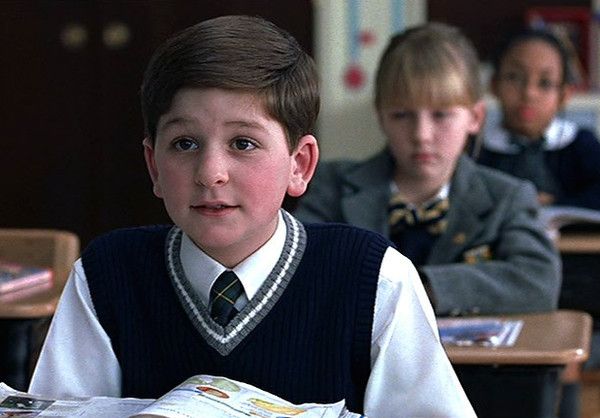 One of the most iconic characters in the film, who gave unto the world the timeless “you’re tacky and I hate you”. Brian is still acting, as well as being a singer-songwriter and a professional life coach.

His debut acoustic EP reached number 31 overall on the iTunes album charts in Norway and was also recently named one of the “20 most influential, outspoken, and optimistic individuals on the planet” by PrideLife Magazine.

here’s my news! i will soon be an I.C.F. certified professional life coach! my business, “love life,” will launch in june w/ an all new brianfalduto.com 👏🏻☺️❤️🏳️‍🌈 #loveyourself #loveoneanother #lovelife 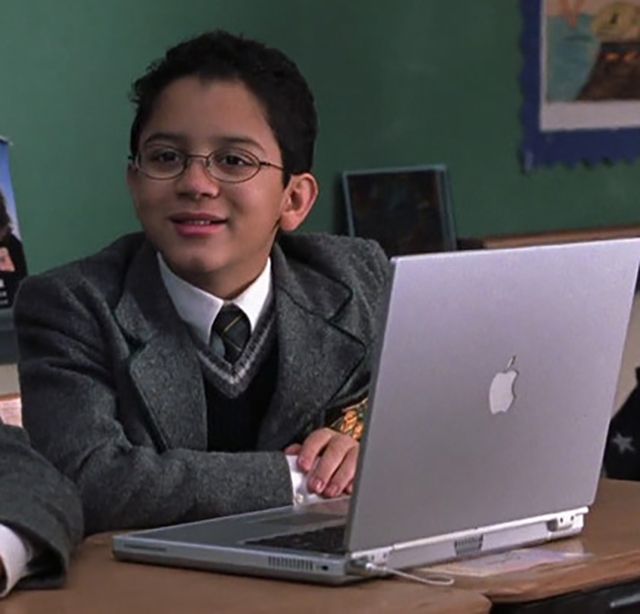 Remember when Jack Black decided to change songs at the last moment in the Battle of the Bands but Gordon had programmed the lights to the other song but after a miniature breakdown managed to pull off a lightshow extravaganza? Well, turns out they've gone from strength to strength after graduating from New York University’s Tisch School of the Arts, as Zach now works as an actor and director.

Appearing in the tv series Gotham is probably the most notable thing Zach has gone on to do in their career so far, but has regularly worked since School of Rock, in television, movies, and in theatre. They posted the below clip to his Instagram showing maybe Jack Black should have picked them to be in the band. Nice pipes to you too Gordon!

#tbt to the @orlandoshakes 30th Anniversary Gala singin’ a diddy from Big River to support a tremendous organization! Working with the cast of #InTheHeights at #OrlandoShakes was a transformative experience and as I begin a new journey I’m filled with gratitude. I see the light in me today and hope to continue to discover what gifts I have to offer the world. Some days are more challenging than others but I’m determined to not let fear be my master, but rather to see the darkness and learn from it. Yes. I’m a complete wash in this video lol #letitbe #hope #mentalhealth #freedom #gratitude #darkness #theater #musicaltheater 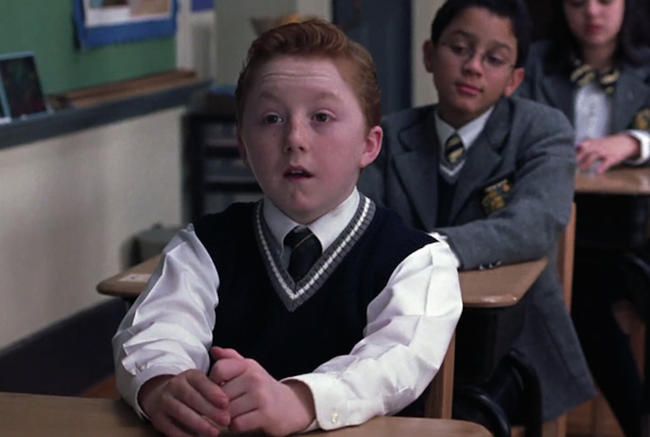 Another non-band member, James Hosey has switched to television, appearing in both Boardwalk Empire and Tina Fey’s Unbreakable Kimmy Schmidt.

He describes himself as a producer/videographer on his Twitter, operating under the name “Jay Flows”, and he also raps occasionally…

To be honest, James just looks like great value on a night out. Not only does he have a great party trick where he spins a cushion on his finger for ages, but these Facebook photos of him on nights out are classic. 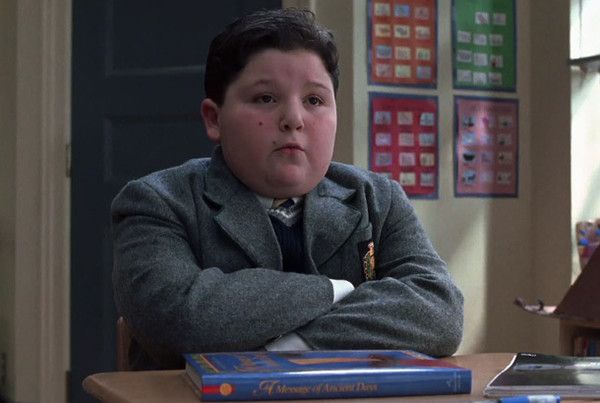 In what must surely be one of the coolest acting jobs to follow appearing in School of Rock, Angelo was on The Sopranos for five years as one of the mobster's sons.

After calling it a day on the acting career in 2010, Angelo is currently a law student at the University of Miami, after majoring in English at Northeastern University in 2015. And as we mentioned earlier he appears to be dating Marta from School of Rock – which is one of the most wholesome things ever. 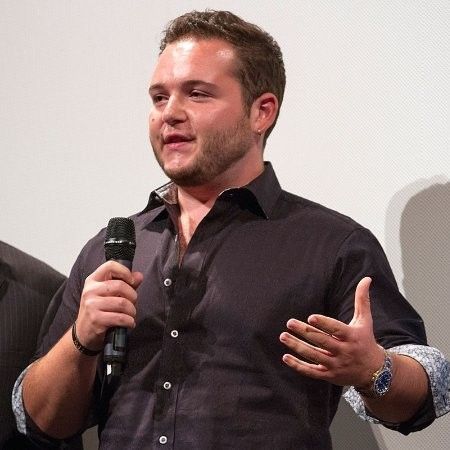 His LinkedIn says he plans to pursue a career in entertainment law, but unlike most bumout LinkedIn profiles, he actually has the fact he was in School of Rock listed as his work experience which is quite frankly amazing. 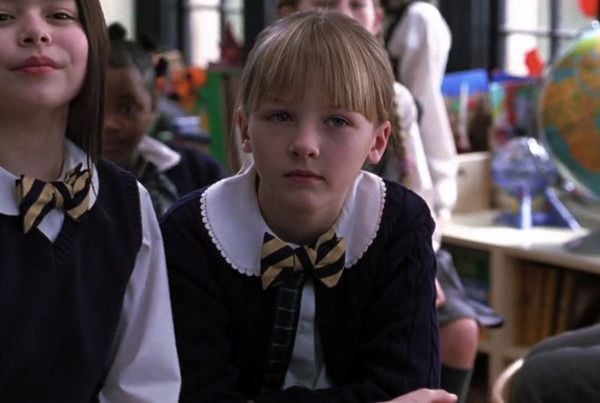 Veronica’s acting career was the equivalent of a one hit wonder in music, with her only other theatrical performance coming two years later as “Jump Roper 1” in a Nickelodeon film titled: “The Naked Brothers Band: The Movie”.

After years of pretty much radio silence, aside from a 2011 Instagram account that show her out at bars and smoking shisha, before launching a jewellery business. Veronica and her boyfriend moved to Oregon from the East Coast and “fell in love with raw crystals and the immense energy they hold”, which she sells online. 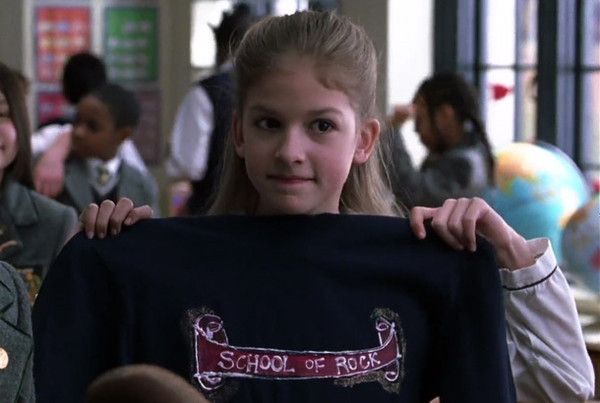 After doing a frankly excellent job with the branding of the band, Jordan-Claire Green appeared in an episode of Disney Channel's Wizards of Waverley Place as well as an episode of Arrested Development and continues to act to this day. 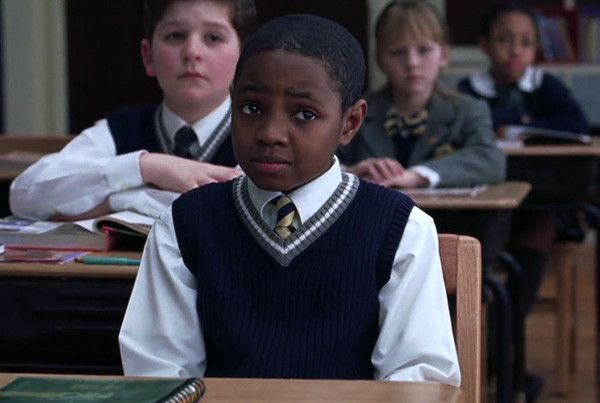 Leonard had one of the most pivotal moments in the film, when he asked Jack Black: “You mean we’re not in the band?” and thus changing the lives of the non-musicians forever as they became members of the crew.

As a child star he also appeared in Adam Sandler’s Big Daddy, Robert de Niro’s Meet The Parents and a couple of episodes of Law & Order.

Cole stopped acting in 2006, aged 17, and instead went to college at Northeastern University (in Boston, Massachusetts), majoring in Sociology. Judging by his Insta he now lives a very ordinary and happy life.

One final fun fact about Cole, he’s been able to recite the New York City subway and bus route network since he was four years old.

School of Rock is available to watch on NOW TV.