Where are the kids of Tracy Beaker now?

I can make my world come true, all my dreams will see me through

Few CBBC shows got close to the pure quality of Tracy Beaker. As a kids' drama it had it all – a great theme tune, a willingness to deal with issues, but most importantly a loveable, ragtag cast.

America has off-the-rails child stars – your Macauley Culkins and Lindsay Lohans. What do we, the nostalgic TV watchers of Great Britain, have? We have the cast of Tracy Beaker. But where are they now, and what do they look like?

Which of the cast have won, and who are still stuck in the metaphorical dumping ground?

If you're into Tracy Beaker and don't know what Dani Harmer, one of our country's finest young actors is up to, then shame on you.

Here's a refresher: Dani Harmer has spent a lot of time playing Tracy Beaker, but to reduce it to that does her a disservice. She's started the Dani Harmer Academy of Performing Arts, and came fourth on Strictly. What the hell have you done? 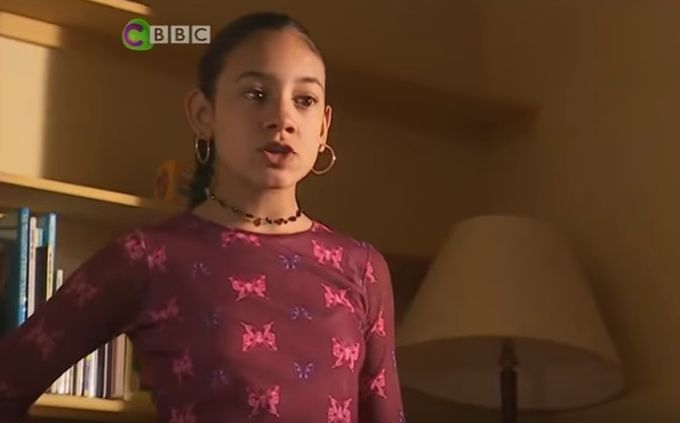 Oh will you just bog off

Arch-villain Justine Littlewood tormented the Dumping Ground with her on/off friendship with Tracy. By the end of the series, actor Montanna Thomson had been on the receiving end of countless "bog off" shouts.

But did she bog off? No she did not.

In 2007, a year after the end of the original run of The Story of Tracy Beaker, 18-year-old Montanna was caught in a Sunday People sting, pictured on "a wild all-night bender on cocaine, cannabis and booze," where she reportedly "snorted a huge line of the Class A drug at the 12-hour party". Classic.

Since that, it's all been good. She's had a baby, and starred in 2017's horror flick Kill or be Killed, and returned for stints as Justine Littlewood. 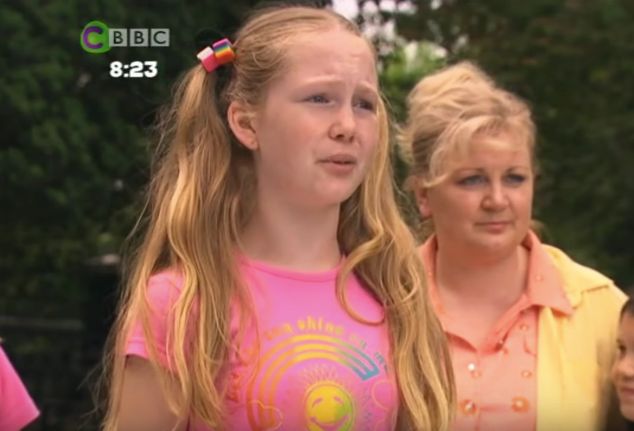 Tracy's true BFF in the show, Louise was fairly posh but pretty innocuous – Justine Littlewood with the rough edges sanded off. Destined to go to either Warwick or Exeter and fit right in by talking about Pret a lot.

And like any posh, fairly innocuous person, Louise's actor, Chelsie Padley, is now a fitness Instagrammer and instructor, a whisker shy of 8,000 followers.

B A L A N C E ✌? Life is always going to happen so instead of letting it ‘ruin your plan’, why don’t you include it in your plan ?? I live by the 80/20 rule, eat as nutritious as I can 80% of the time and whatever I want the other 20%. That way I can enjoy my boyfriend’s birthday drinky poos and Mother’s Day celebrations and just get back to it the next day. I never feel like I miss out, never feel guilty and I still get results ?? People are surprised when they see me eat chocolate or having a drink and it really makes me giggle, I’m only hooman! ? I eat healthy most of the time, exercise regularly and LOVE A BIT OF CAAAAAAKKKEEE ? #balanceiskey #lookafteryourself #bodyANDmind

But no. He's been in Glee, he's been in Community, but did you know he was Quidditch commentator Lee Jordan in Harry Potter?

And now he has abs. 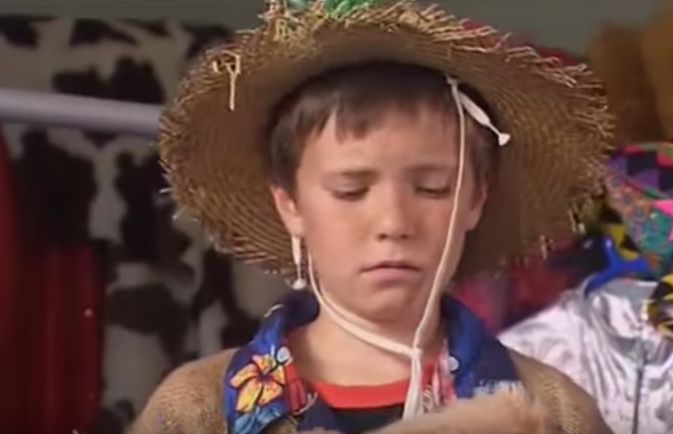 Marco was the weird kid always dressing up in the wavy make-believe garms. Fun, but a handful. Like your mate who chins a bottle of wine at pres and throws up in the taxi. 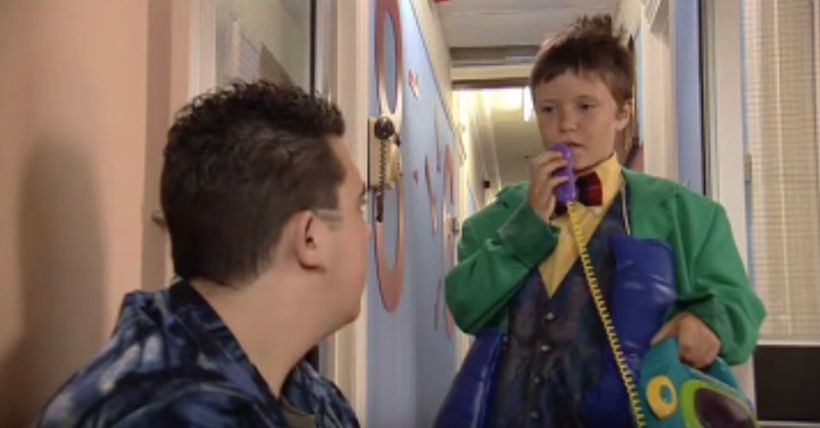 "Ring ring pussy it's your mummy on the phone"

Abandoning a life of dress-up and make believe, Marco has achieved viral fame by yodelling in Walmart.

Actually, that's a lie. Actor Jack Edwards is just living his life, bantering Elaine the Pain into another dimension.

@NishaKNayar … I hope you know what an impact you've made! pic.twitter.com/0Jj9JDVI7m

And this is how he looks now: 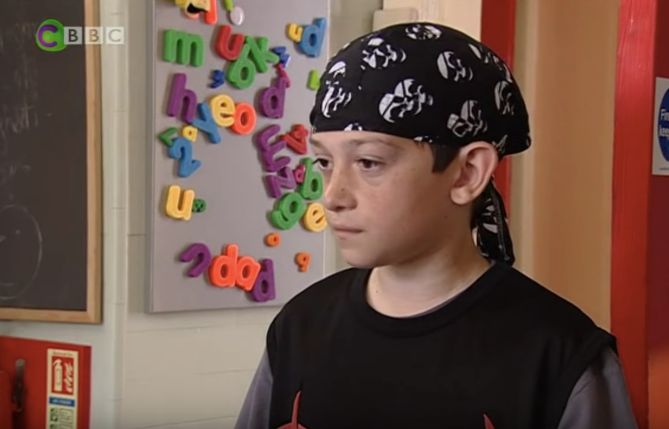 Hard to choose just one of Rio's bandanas to screenshot, so this'll do.

Unlike many of the Tracy Beaker cast, Alex Turner lookalike Craig has not come crawling back to Duke, and instead used the series as a springboard.

Anyone who had a Tumblr account will remember his star turn in Richard Ayoade's Submarine. But it didn't stop there: Craig was also in 22 Jump Street and the shit "Effy gets a grad job" series of Skins, helping her to do some insider trading. He's doing well.

Last year there were mad rumours flying around that none other than Amber from Love Island – yes, Amber 'new rules for causal sex' Davies – played the youngest Wellard.

The truth is more wholesome. Sophie Borja-Edwards, Roxy's actual actor, is a vegan and has not been on reality TV.

If you believe in the "official" version of events, that is. 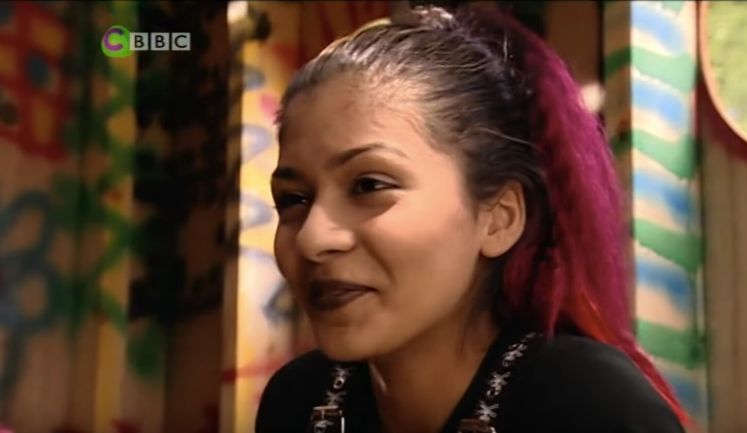 Chantal was the eldest Wellard, ringleader of the plot to take over the Dumping Ground through intimidation and an increasingly aggressive use of hair dye.

Doing bits of acting, including Doctors and Casualty, but also had a role in Beauty on the Street, a short made by Darragh Mortell, none other than Crash.

thanks for all the birthday love you guys! me and ET are off to party with taylor swift #1988 #decemberchild 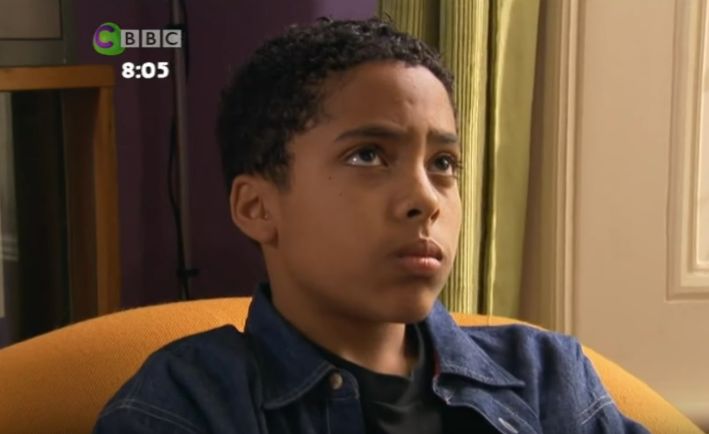 The anger issues which gave Crash his name suited him well to being friends with Tracy.

Now, actor Darragh Mortell is also a writer, who's been in Diddy TV, Dick and Dom's 2016 sketch show. He also rocks a hat.

I'm sorry but the old Peter can't come on the phone right now. why?? oh because he's dead! pic.twitter.com/YlRD6ZPz3s

You remember Peter. Peter, the cute boy with mop hair and a crush on Tracy Beaker. Essentially your small cousin you have to look after while your parents talk about adult things.

Now Joe Starrs, in an abject failure of nominative determinism, works as an assistant director, and has been crew on a Bradley Cooper film. 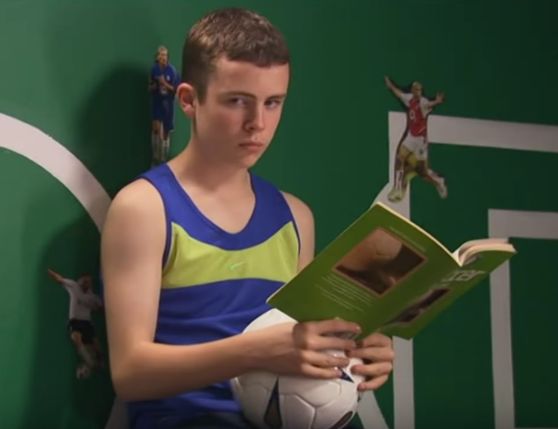 Lol was a name we could all enjoy before the internet ruined everything. Now you just want to put 6 o's in his name as you deadpan type into your group chat.

Well, hold your laughter. Ciaran Joyce is doing okay. As a pre-Beaker 11-year-old, he got his first acting gig in Les Miserables, and he's back there again, as an ensemble member.

Lucky beyond words to have played these 3 fine Gentleman in one week at @lesmizofficial Endless thank you's to such an amazingly talented and supportive company. It's a week I'll never forget. X 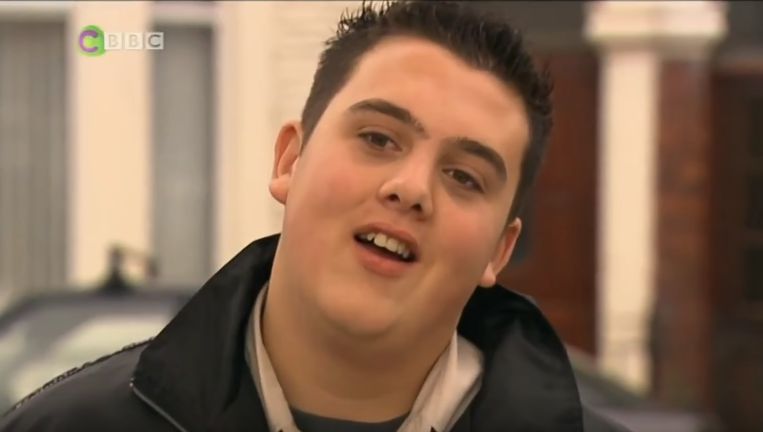 The other half of the Dumping Ground's greatest double act, you always hoped Bouncer would turn out ok. It seemed he would, training as a chef.

Life's taken a different, but still respectable path for his actor. Ben Hanson's Twitter has him down as an estate agent.

But, bouncer by name, bounce back by nature – he's coming back into acting. Also he looks a bit like Sam out of Game of Thrones.

Final instalment of my boat race. I can’t say how happy I am with how these turned out. Thanks again @soulrebelphotographer Now to get myself an agent and conquer the world….. the acting world that is. #mylife #actor #actorslife #headshots #photographer 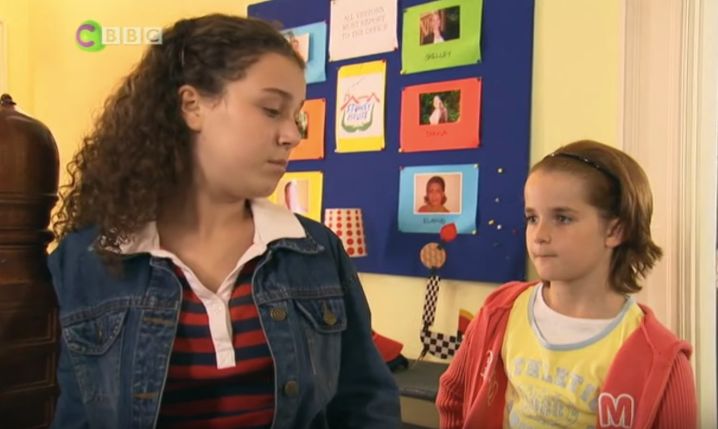 Jackie about to drop some truth bombs on Tracy's petulant face

While Abby Rakic-Platt is still acting, starring in E4 drama Chewing Gum, she's no longer ginger. Some things change, some never do.

Series 2 of Chewing Gum starts tonight! Catch our ABBY RAKIC-PLATT (@AbbyRakicPlatt) back as Kristy on E4 at 10pm #ChewingGum2 pic.twitter.com/73tEvVua50

● The real Dumping Ground from Tracy Beaker is in Cardiff, and we visited it

● Everything I learned re-watching Tracy Beaker as an adult