Ye Olde Uni League: Which British University is the most ancient?

British universities are historic establishments that have been educating people for hundreds of years. Before the days of electricity, TVs and even sliced bread, and when it was rare that people could fully read and write, some were still being educated at uni. Certain courses taken at university are historically more likely to get graduates into jobs after their study. But how ancient are the UK's oldest universities? Here is a full investigation into the oldest UK universities and what was happening in the world when they were founded.

UoB was founded in 1825 – as Birmingham School of Medicine and Surgery. In this year, England and Wales recorded the driest July in history. Also in this year, Bolivia gained independence from Spain and the Australian city of Brisbane was founded.

The University of Bristol was founded in 1595 – as Merchant Venturers School. In this year the first ever performance of Romeo and Juliet is thought to have taken place.

Cambridge is one of the oldest universities in the country, founded in 1209. In this year the construction of London Bridge was completed.

1883 is the birth year of one of the founding colleges in the Uni of Wales. In this year Treasure Island was first published, the first central European electricity power station was opened in Milan and the world’s first rodeo is held in Texas. Coco Chanel was also born.

Durham University was founded in 1832, the year Charles Darwin and the crew of the HMS Beagle arrived in South America for the first time, and Greece was recognised as a sovereign nation. Author Lewis Carroll and French engineer Gustave Eiffel were born.

The University of Edinburgh was founded in 1582, making it the sixth oldest English speaking uni. It was originally a law college, King James VI of Scotland established it as a royal charter. In the year of 1582 William Shakespeare married Anne Hathaway and France switched to the Gregorian Calendar. 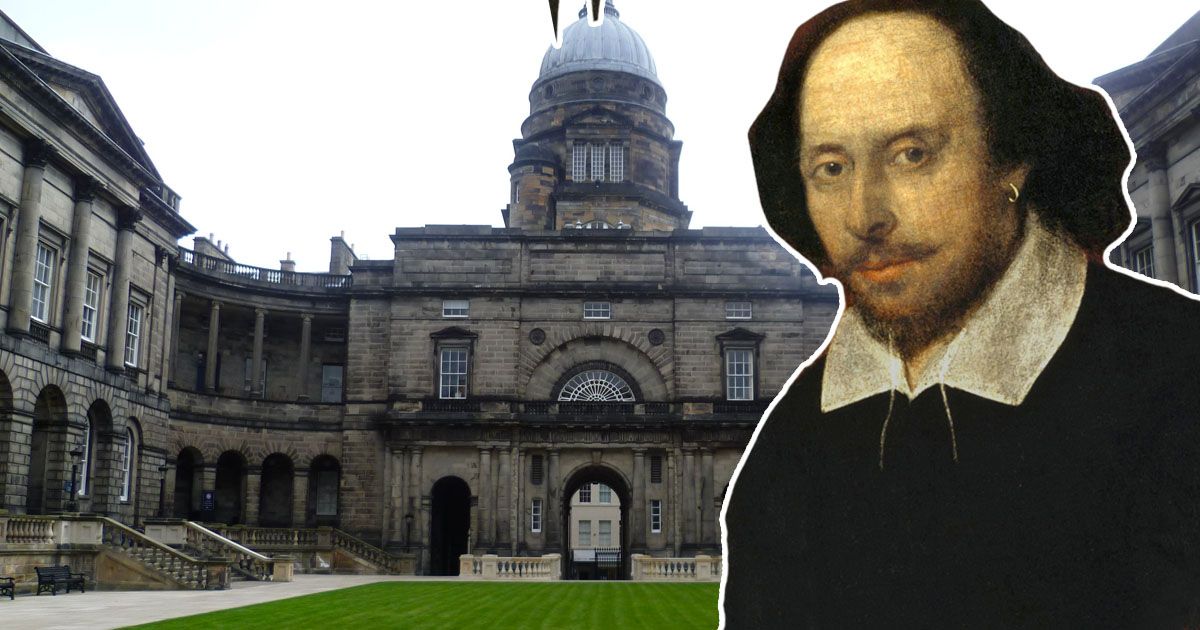 University of Exeter was founded in 1838 as St Luke’s College. This is the same year the first instalment of Nicholas Nickleby was released by Charles Dickens and the coronation of Queen Victoria took place in London.

University of Glasgow is one of the oldest British unis, founded in 1451. This is the same year Christopher Columbus was born. 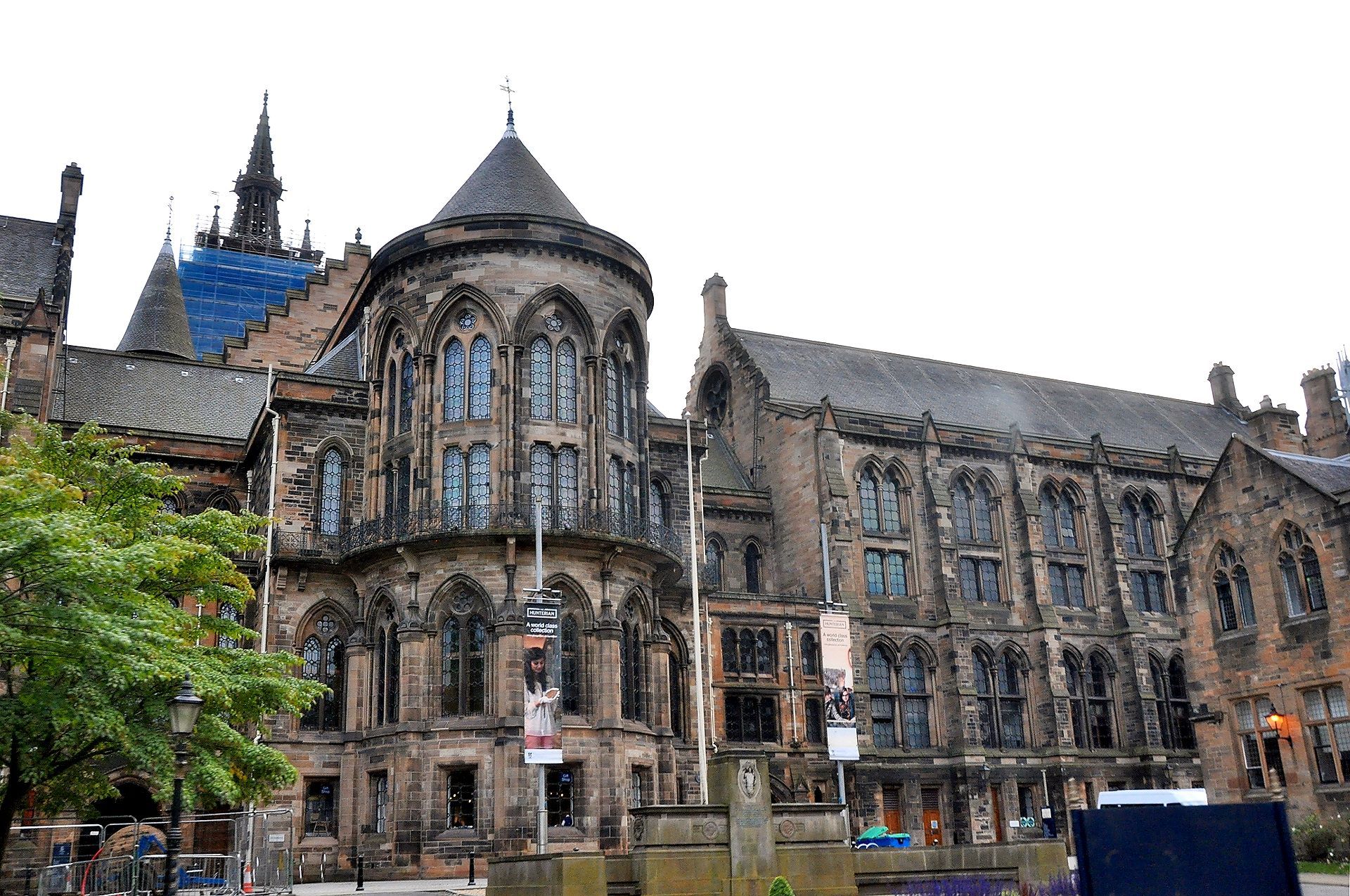 Imperial College was founded by Prince Albert and started in 1823 as colleges but was royal chartered in 1907. It was created when Prince Albert was creating a cultural hub in the area, such as the Natural History Museum, V&A and science museum. The Oxford Union was also founded in this year.

Established in 1829 by King George IV and Arthur Wellesley, 1st Duke of Wellington, but records from the KCL medical school date back to 1561. Apparently it’s the fourth oldest uni in England. The rivalry between UCL and KCL actually dates back to KCL’s birth, as KCL was created in response to UCL’s secular approach. In the year of 1829 Madrid was declared the capital of Spain and Sir Francis Bacon was born. 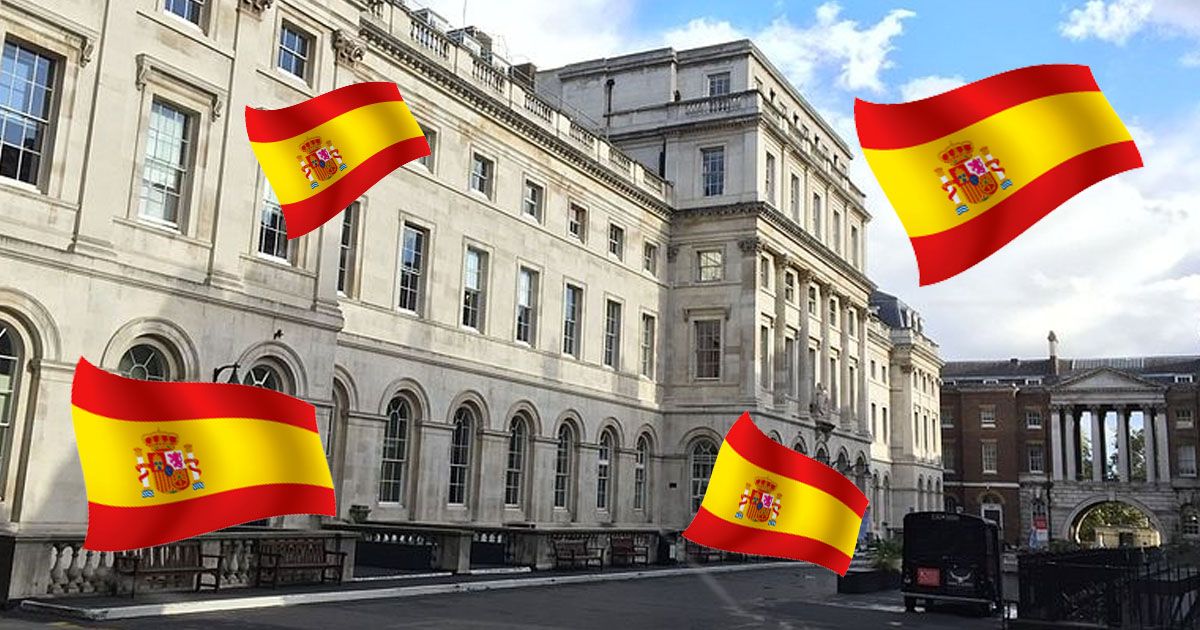 University of Leeds was established in 1831 as a school of medicine, but 1904 as Uni of Leeds. The medical school was made to support the other five medical institutions in Leeds at the time. The college of science was modelled on Manchester uni’s Owen’s College. In this year a British Royal Navy officer located the position of the North Magnetic Pole and King William IV of the United Kingdom succeeded George IV.

UoL was founded in 1882. The first ever x-ray was at Liverpool uni, as was the world’s first public radio transmission. Liverpool was one of the first members of the Russell Group. In 1882 Venus passed between Earth and the Sun – the next time this would happen would be 2004. AA Milne, Virginia Woolf and Franklin D Roosevelt were born. 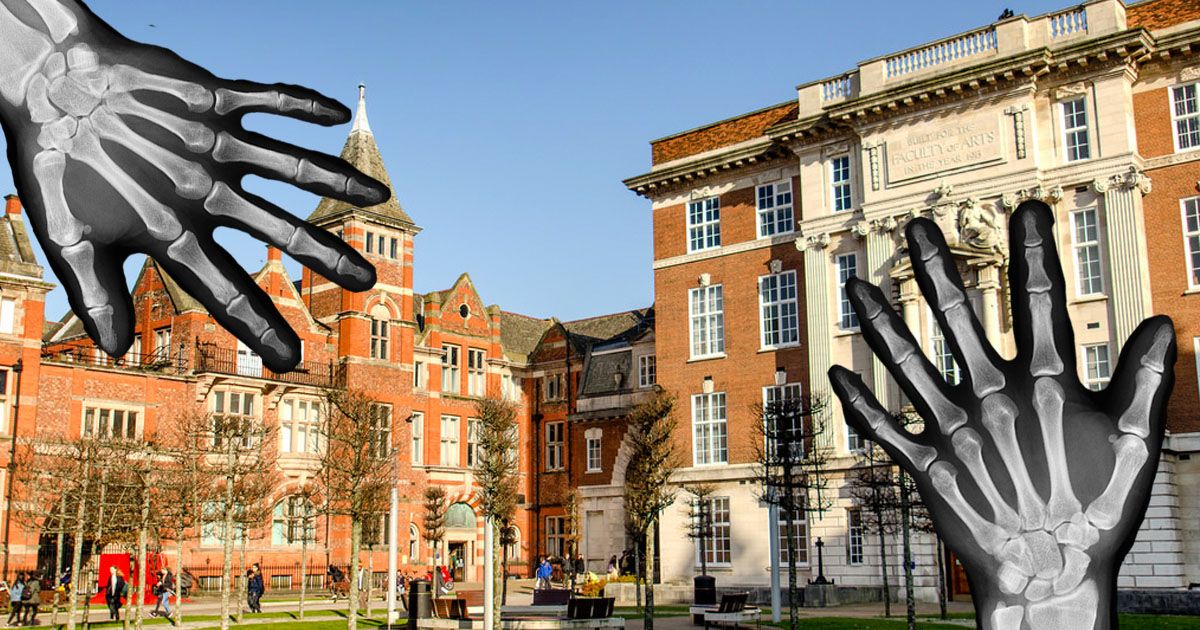 LSE was founded in 1895, the same year the diesel engine was made in Germany. The first game of rugby was played in this year and Rudyard Kipling published Mowgli. Cristobal Balenciaga, founder of the fashion house of the same name, was also born.

UoM was founded in 1824 as Manchester Mechanic’s Institute. In this year, The Rev. Professor William Buckland became the first person to describe a dinosaur in a scientific journal, and Simon Bolivar became dictator of Peru. The RSPCA was also founded. 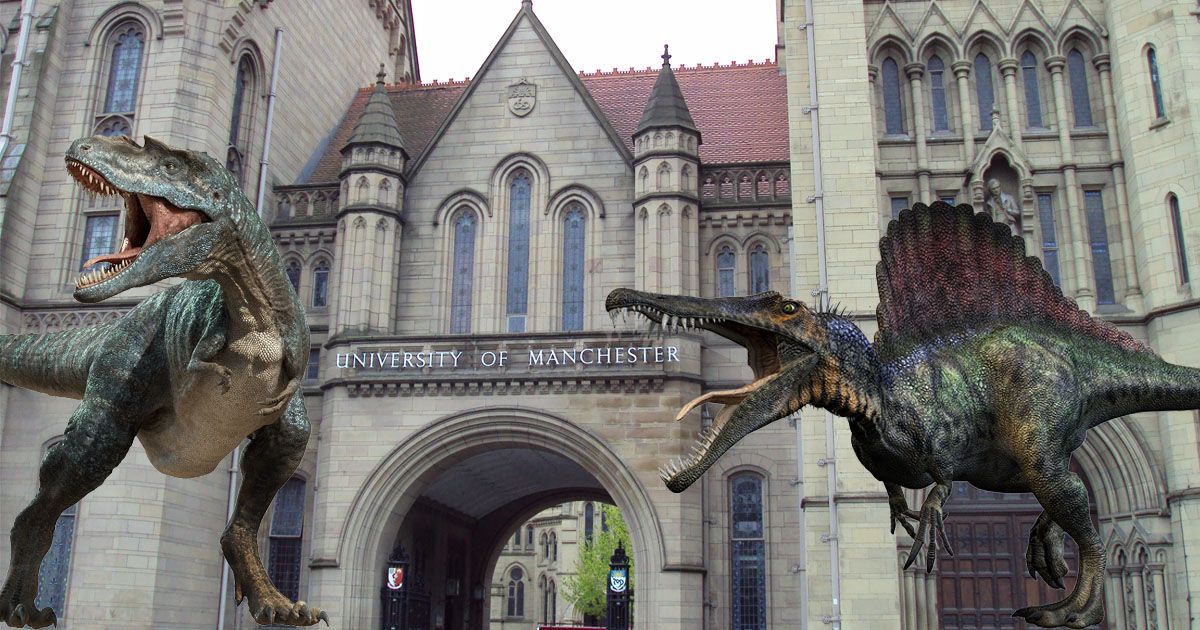 In 1834, Newcastle University was founded as the School of Medicine and Surgery. In this year, slavery was abolished in most of the British Empire, following the 1833 Slavery Abolition Act, The Spanish Inquisition ended and The Economist was first published.

UoN was founded in 1798 as a teacher training college. The same year that Napoleon occupied Cairo and the platypus was first discovered by Europeans.

Oxford is officially the most ancient British uni, founded in 1096. This was 30 years after the Battle of Hastings, and the same year The First Crusade began.

This was founded in 1785 as London Hospital Medical College. The first issue of The Times was published in London in this year, and the dollar was established as the currency of the United States.

Queen's Belfast was founded in 1810 – the same year Beethoven composed Für Elise. It was also the year the first ever Oktoberfest was celebrated.

University of Sheffield was founded in 1828 as Sheffield Medical School. This makes the uni exactly 100 years older than sliced bread!!! In the year of 1828 the Democratic Party of the United States was founded and Uruguay became an independent country.

Soton uni was founded in 1862 as the Hartley Institution. This was the year Westminster Bridge in London was opened, the American Civil War was raging on and Otto Van Bismarck became Prime Minister of Prussia.

UCL was founded in 1826, and in this year US President Thomas Jefferson died, and the first railway between Manchester and Liverpool was built.

University of Warwick was founded in 1965, making it the youngest uni in the Russell Group. In 1965 Alexey Lenov became the first person to walk in space and Mary Poppins took home five Oscars. 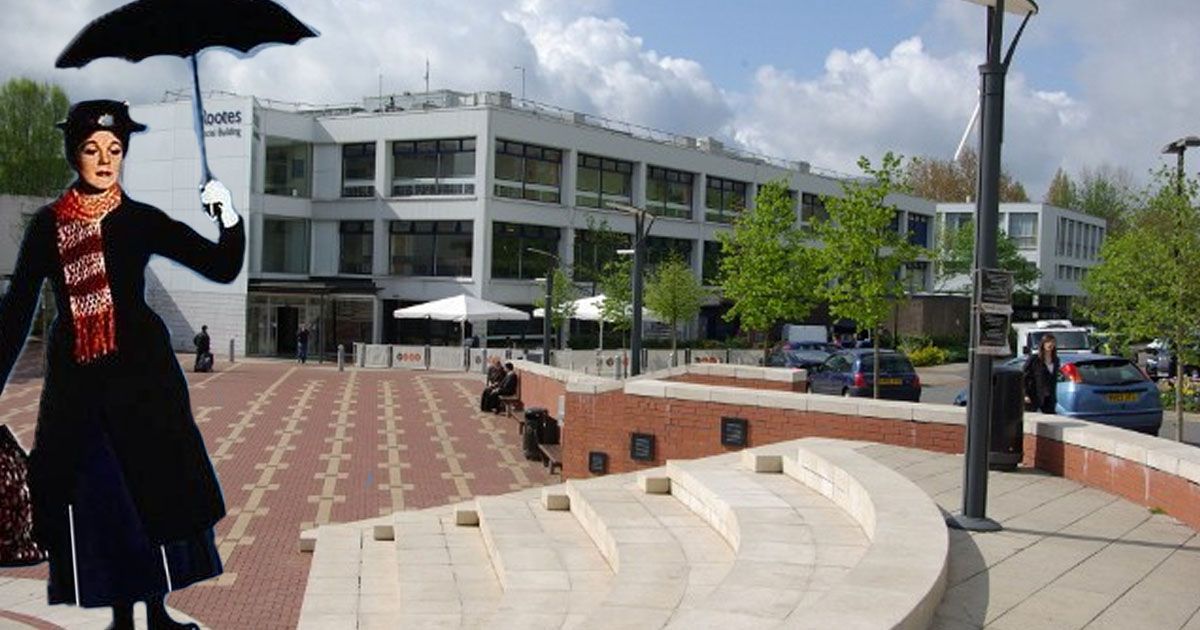 York is the second youngest uni in the Russell Group, founded in 1963. This was the year JFK was assassinated and the Beatles released “I want to hold your hand”.

• The napping league: Which is the laziest uni?

• Revealed: The number of people at your university who went to private school

• The hardest universities to get a place at in the UK

• Which is the most beautiful uni in the UK?