Have you been hating the poor and the EU more than usual lately? Or have you realised that inheritance is really fucking great? Has it suddenly dawned on you that you're completely disillusioned with the left and the Labour Party is an actual shambles?

Well I hate to inform you, but it sounds like you've caught a strain of Toryism.

Don't worry though, in case you're in denial, here are the 89 concrete signs to help you self-diagnose without wasting the NHS' very precious and under-funded time. 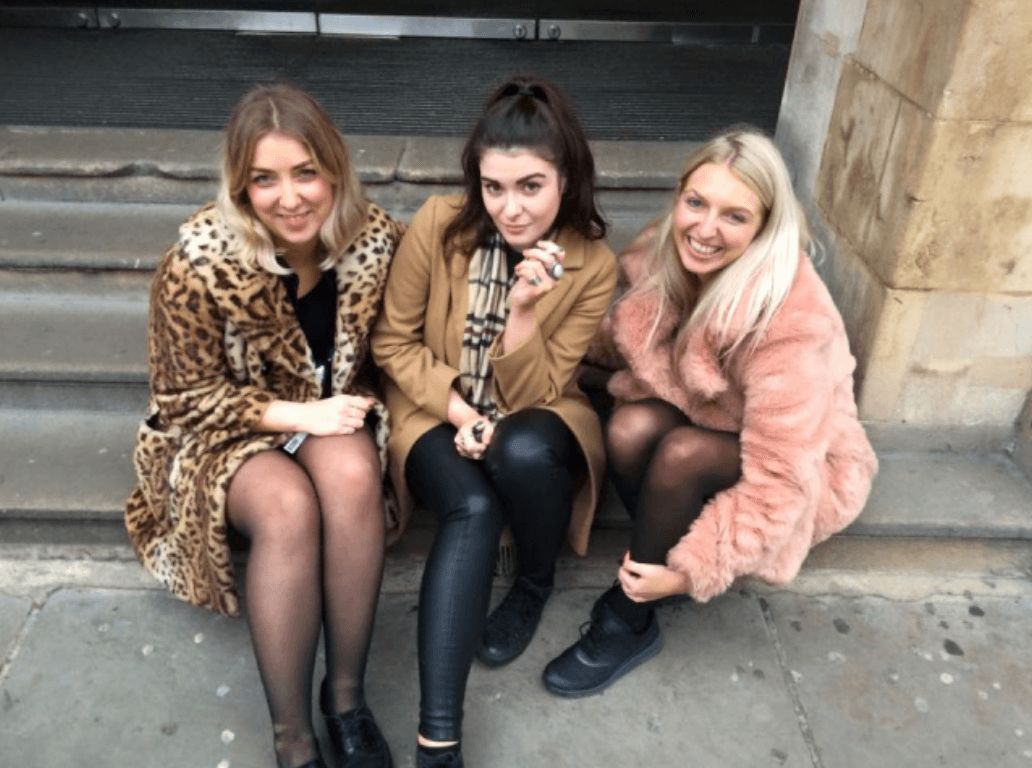 Basically if you've ever caught yourself doing these things, you might just be a massive Tory:

1. When a tip gets automatically added to a restaurant bill, demanding it gets taken off

2. Not giving money to homeless people because ‘they’ll just spend it on drugs.

3. Having more than one house in an affluent area, but really playing it down

4. Moaning about having no money or student loan left, even though you get a monthly allowance from the bank of mum and dad

5. Bringing a car up to uni and it’s one of the following: Mini Cooper, Fiat 500, VW Polo or Golf

6. Being insured on the Land Rover at home

7. Having three dogs. The longer their legs are, the more Tory you are

8. Getting really flustered over the private school vs. public school debate

9. Ordering a Deliveroo at least once a week

10. Getting an Uber rather than the cheaper option of walking or public transport

11. Never being around to attend plans, because you're always away on holiday

12. Not being afraid to wear garish socks 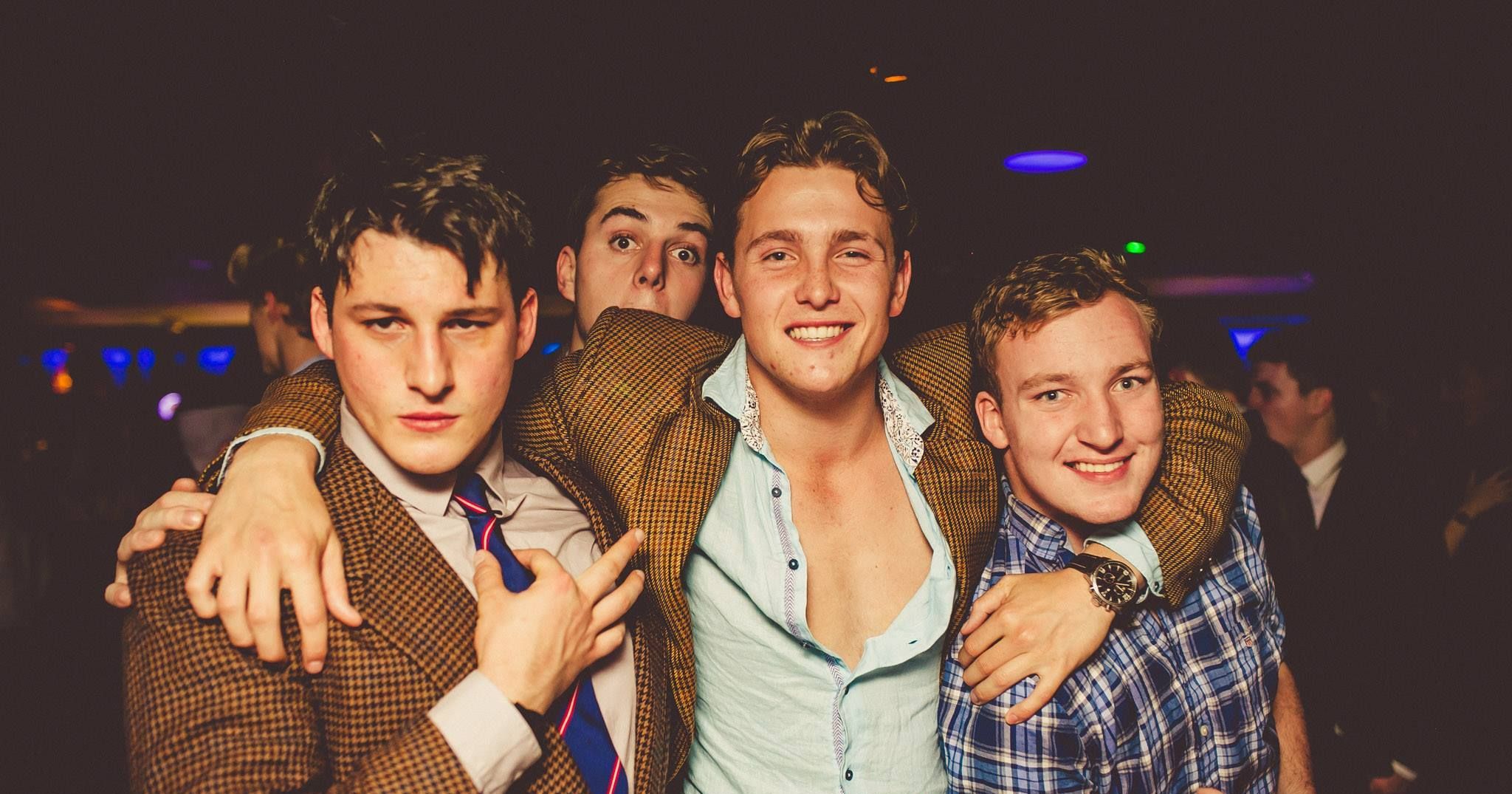 13. Having a bolthole in London, which will become your flat after graduating

14. Finding it baffling when people spend Christmas in pyjamas

15. Not going to your local uni gym, but a David Lloyd or Nuffield Health

16. Running half a marathon for charity

17. Volunteering in “Africa” (never specifying the country) and having the photos to prove it

18. Having a double-barrel name

21. Saying “there’s just not enough resource at the moment” when talking about immigration

24. Refusing to drink cheap wine like Echo Falls or anything below a fiver 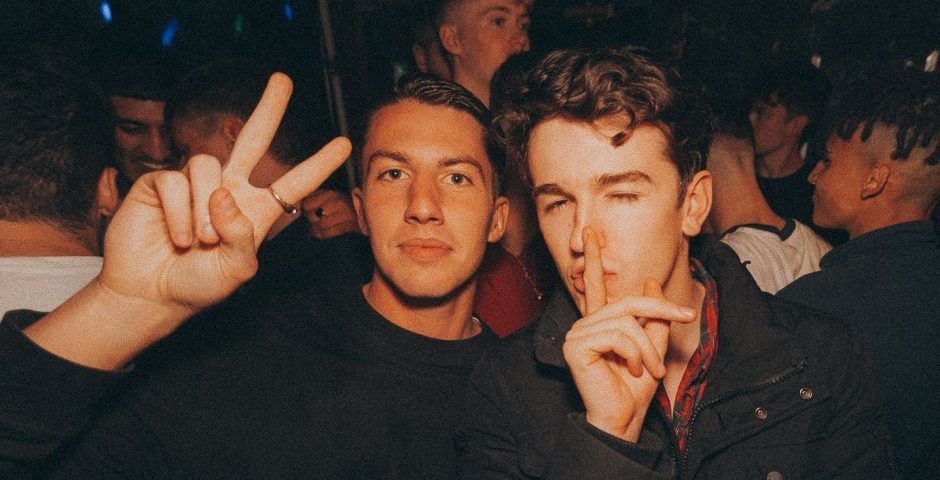 25. Not “understanding” why everyone likes Lidl so much

26. Going to John Lewis for any home basics

28. Having an Aga in your family home

29. Telling people you’re “not sure” what your dad does, or are extremely vague when people ask

30. Owning a coat with a huge, oversized fur hood

31. Calling everyone by their last name

32. Having at least one friend called Monty or a pet name like Pugs

33. Thinking veganism is cheap and everyone could do it

34. Saying you hate the Tories but quite like BoJo because he’s “a funny guy” 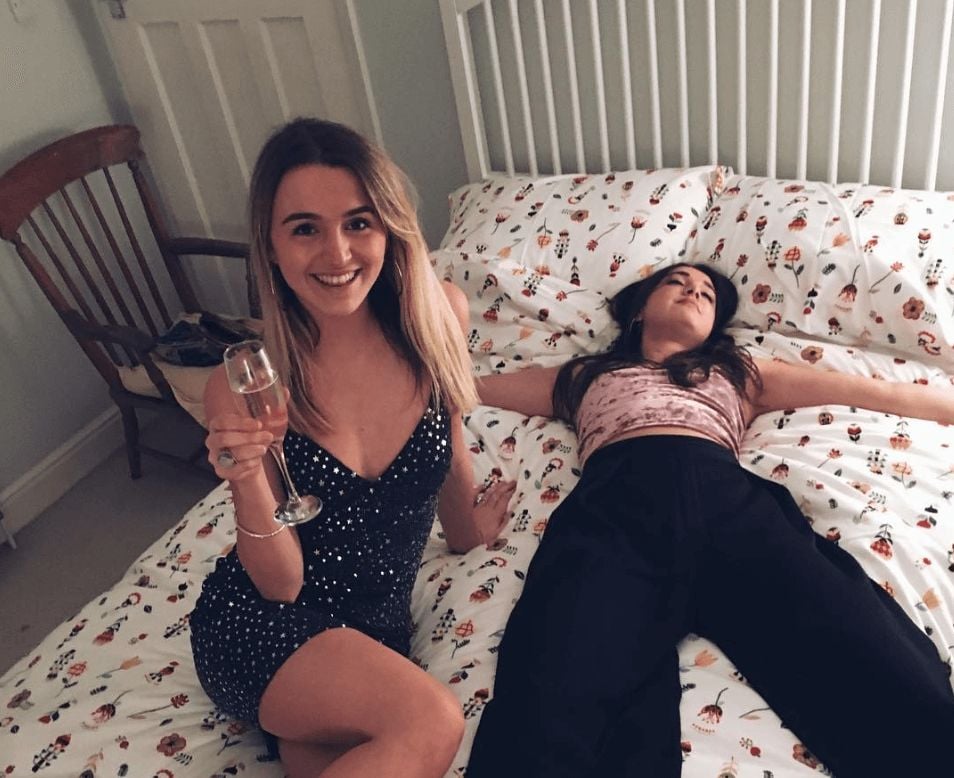 39. Calling yourself a centrist (it’s not a fucking real thing)

44. Being bought a piece of street wear by your mum in the last year

45. Only smoking rollies because your friends made a comment on how much you spend on cigs a week

46. Immediately shelving any interesting ambitions in favour of something lame like recruitment or a law conversion 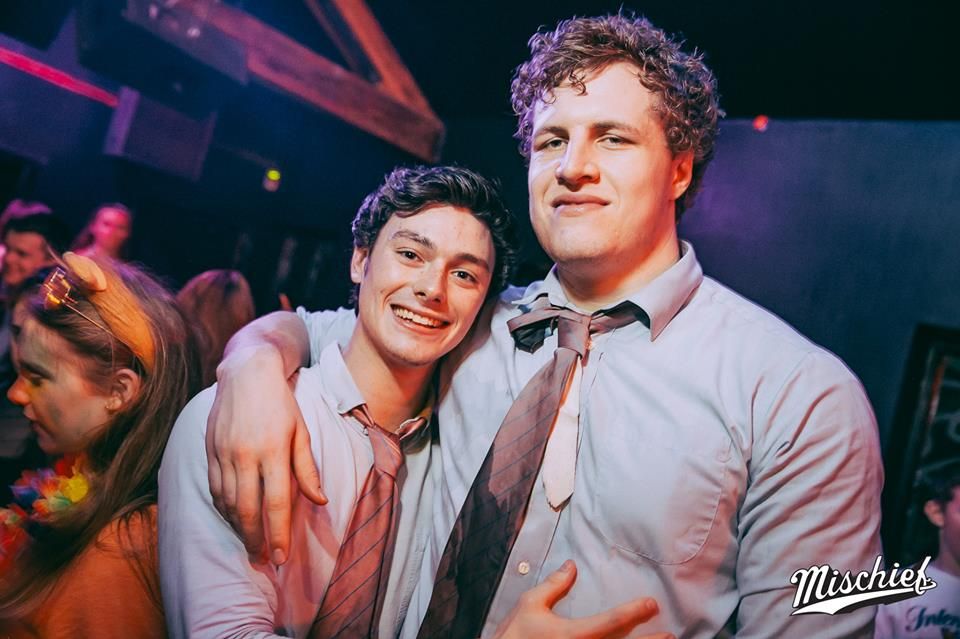 49. Trying ales at the bar before buying them

50. None of your Instas are taken in the UK, they're all glam holiday snaps

53. Owning anything from Tommy Hilfiger

56. Saying something like: “Why should my parents pay inheritance tax when all they do is pay tax throughout their lives”

58. Having a secret ski chalet

59. Knowing how to horse ride

60. Having thick luscious hair, both boys and girls 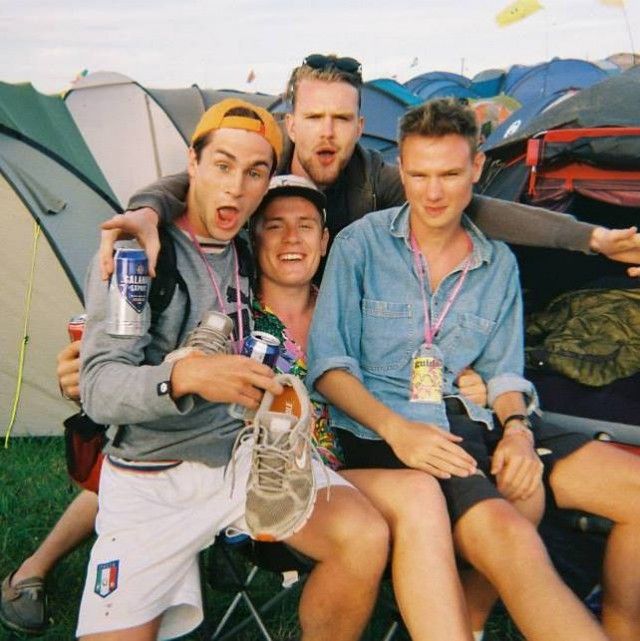 61. Having a big marquee birthday in the summer – everyone was in black tie, there was a dance floor and lots of fairy lights

64. Going “inter-railing”, but spending an entire month on the Amalfi Coast

65. Going to the Henley Regatta, Ascot or Twickers every year

66. Not having an overdraft

67. Parents paying off your tuition fees before you started first year

68. Either living in the poshest or grimmest halls

70. Getting a San Pelli in your meal deal

71. Knowing Latin even though it’s a dead language 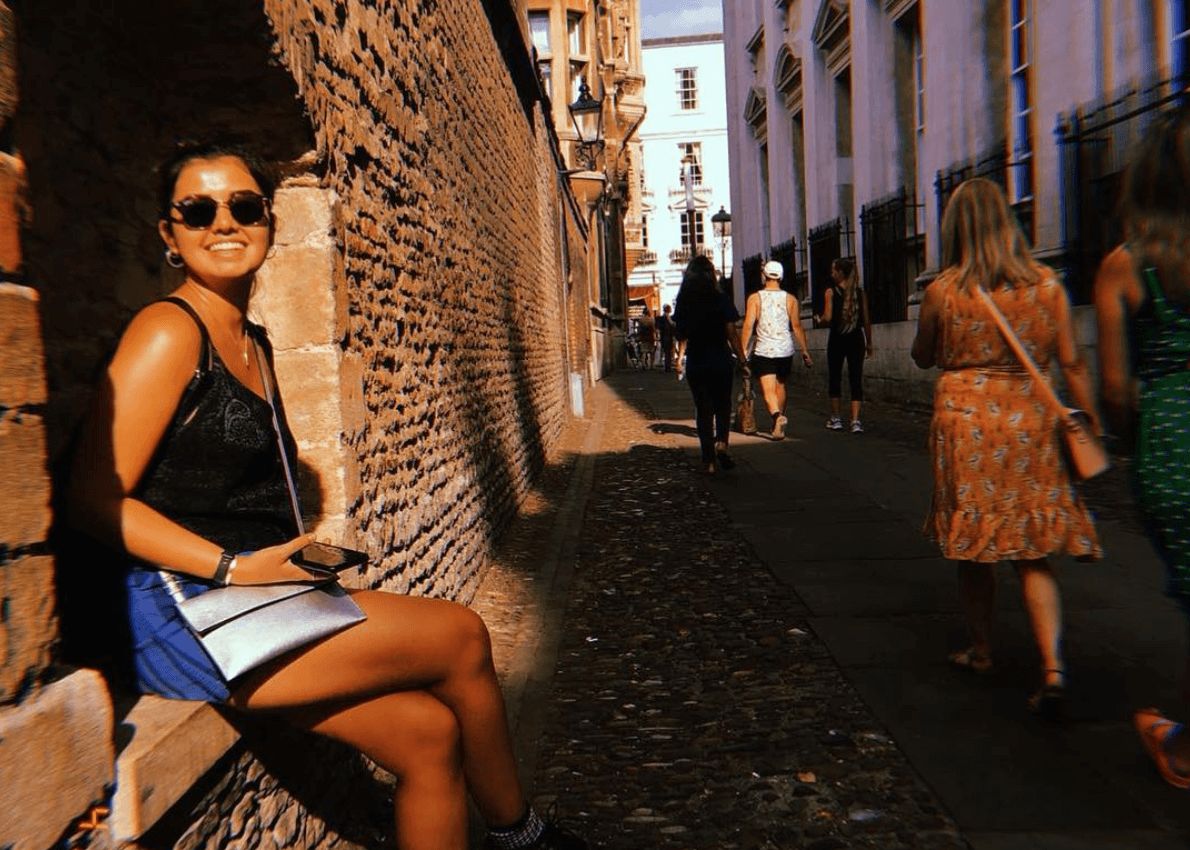 74. Always getting birthday cards and presents for everyone you know

75. Having impeccable manners by doing the following: Calling your friend's visiting parents by their title eg. Mr and Mrs Smith, always making sure you say goodbye and thank you after any event, loving to write thank you cards, never pouring your own drink first, taking the napkin and folding it up on your lap, buttering your bread really weirdly and breaking it up

76. If something is ever wrong with a restaurant order, asking to speak to the manager and demanding a refund

78. Thinking family holidays to exotic places are a chore

79. Thinking South East Asia is “overrated” because there are too many Americans there

81. Going home for the weekend and coming back with four bags of Waitrose produce 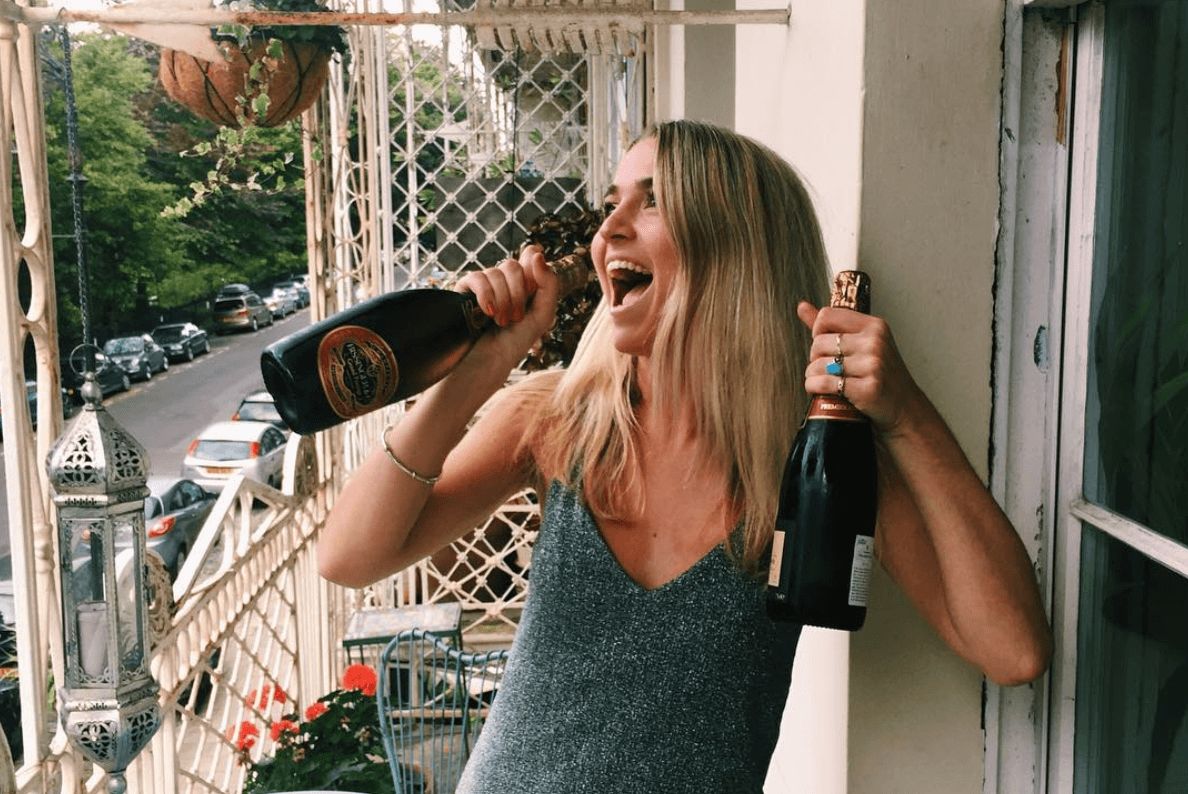 83. Secretly wanting to repeal the fox-hunting ban because it's an effective form of pest control

86. Loving SkyNews because the Beeb is too left wing

87. Wearing a ring passed down from your grandmother as a necklace

88. Thinking Pizza Express is an exciting place to eat in

89. Actually thinking the Green Belt is good for the environment

• Quiz: What percentage Tory are you really?

• There are 12 types of Tory at your uni right now, but which one are you?