Love Island Gossip Column: Georgia has left the Love Islanders’ group chat after falling out with everyone

Love Island may finally be over, but it doesn’t mean the gossip ever has to stop.

Looks like the real Love Island drama has only just started, because Georgia has quit the group chat the Islanders use to keep in touch. Rosie Williams told Digital Spy: “Yeah she’s left the group, I don’t know why.” Hmmm, the Sunday reunion should be interesting.

In his only newspaper interview, Jack told The Sun: “We’re getting married next year, 100 per cent. Like my mum said to me so many times, ‘When you know about someone, you just know’. And now I know what she’s talking about. I just know that’s what we want to do.” As long as it’s not a live broadcast from GMB, we’ll take it.

Referring to the emotional incident which received 2,500 Ofcom complaints, Dani told The Sun: “Oh listen, they’ve got to make a TV show. If I weren’t crying the viewers would drop.

“Yeah it was hard, it was a test for me and Jack. But we got back together. We had the up, we had the down — and now we’re up.”

What a legend. Now we know where Wes gets his humour from.

Wes revealed he felt “uncomfortable” having sex with Laura

He told The Sun: “It started but I felt uncomfortable during, then we stopped. So it wasn’t like the full shebang, if you know what I mean.

“That was when it was early on in the show and I was still very aware of the cameras. You see them turn around, all the time.

“It’s supposed to be an intimate moment, especially if you’re still testing the waters and getting to know someone.”

Laura quit the villa THREE times, slept on the beach and chain-smoked 24 cigarettes

It turns out that behind the cameras, she didn’t stay very zen and actually ended up quitting the villa THREE DIFFERENT TIMES. However, the producers convinced her to return. She admitted: “I didn’t sleep all night. I went to the beach most of the night and I smoked 24 cigarettes.” Read the full story here.

The ex-Islander said he’s “had better kisses” and that “it was alright at that time.” Wow the shade is real. ?

The rejects reportedly got on really well at The Sun’s Love Island Final party. Eyal said he’d be “certainly open” to a romance with her.

He told The Sun: “I think she’s beautiful and came across incredibly well with dignity and integrity but I don’t know her and it’s important for me to get to know someone really well. I’m sure I’ll see her a lot more and if we get to know each other then great.”

Charlie and Ellie went away to Monaco together

The couple are living the high life, flying helicopters in Monte-Carlo. 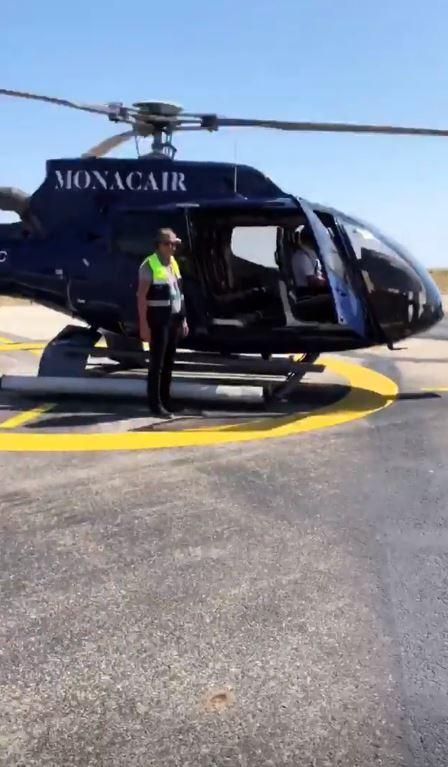 But there’s trouble in paradise because they were photographed arguing

They were out for lunch in London when they were spotted having an argument. It looked tense.

Now they’re out of the villa, the Love Islanders have been photographed smoking

ITV bosses banned the contestants from smoking on camera for this year’s series. But now they’re out of the villa, Dani and Megan have been spotted smoking cigarettes in London. So we finally know who smokes and who doesn’t.

• Love Island Gossip Column: Dani and Jack are going to earn HOW MUCH?! And rumours of a vote fix