Remembering American Apparel Disco Pants: The trousers that made us all look like shiny lycra seals

The year was 2012 and the look was disco pants. Literally that was it – there was no room for interpretation.

We'd listen to Starships by Nicki Minaj or Hannah Wants if you were cool, whilst drawing black over stubbly, over-plucked eyebrows before heading out with fake IDs to go and kiss boys we didn't fancy.

But what happened to jeans during this phase of our lives? Did denim factories across the country shut down? What did we wear when our disco pants were in the wash?

So seriously, can somebody please tell me what we were all thinking through this phase where all our outfits revolved around shiny disco pants? 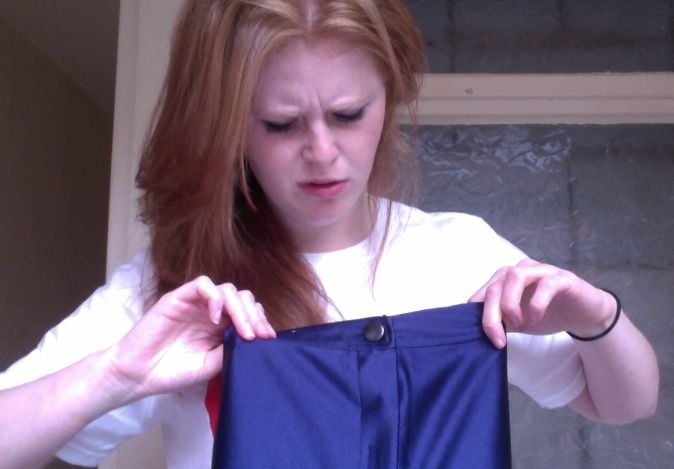 Everything had to be skin tight, it was a time before cool girls wore Ellesse side-popper trackies or pleated culottes. Things like flared jeans and vintage Levis were exclusively worn by those over the age of 43.

If they weren't wearing disco pants, young women had two other options: skinny jeans and a muffin top or translucent black leggings which your pink thong glowed through.

THOSE WITH FAKE AMERICAN APPAREL COPIES WERE DISCO-PANT SHAMED 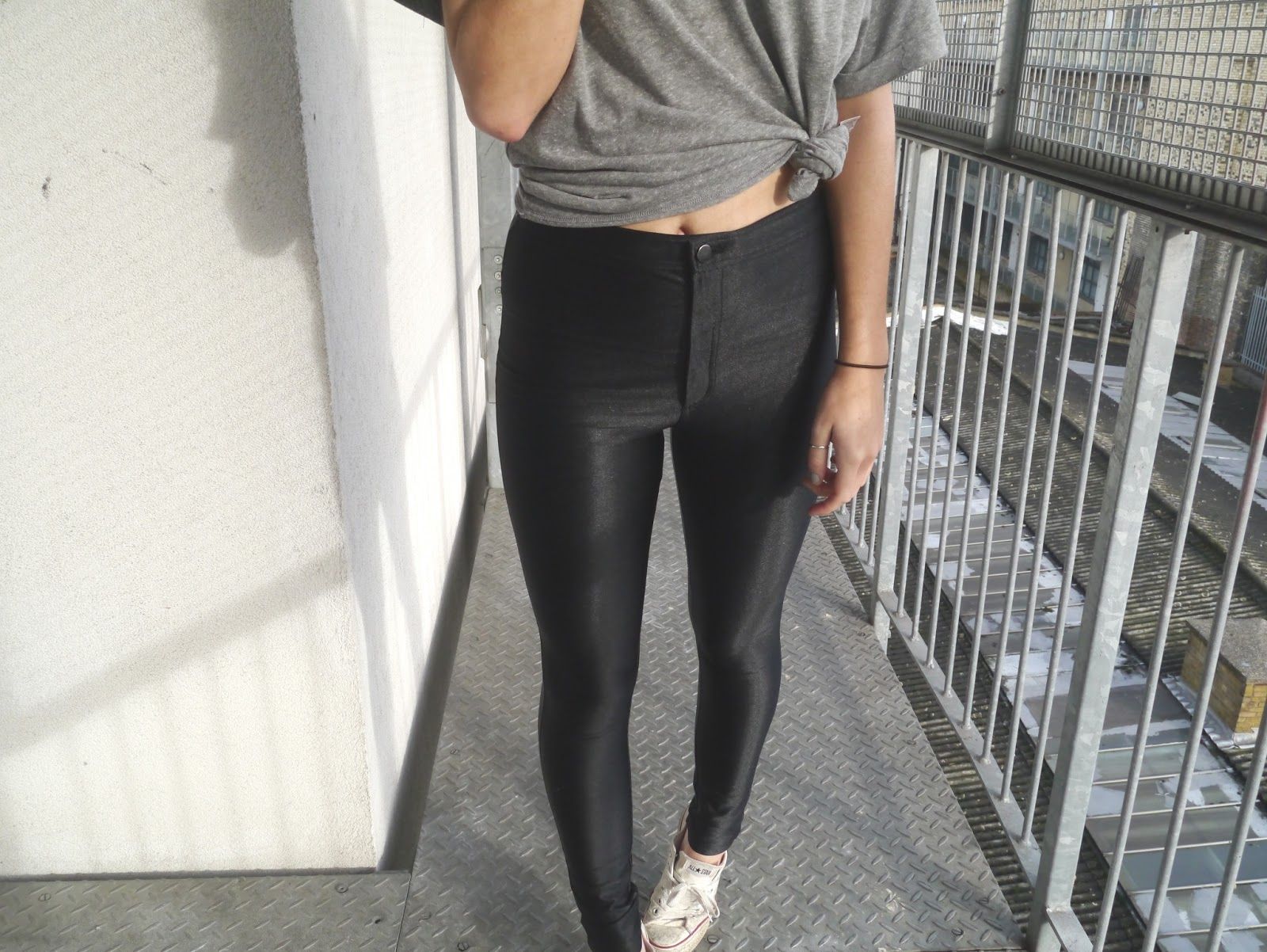 It was the clothing equivalent of coming to school with a Primark carrier bag instead of a Topshop one. This was a time before our generation had any concept of social class, cultural backgrounds or general manners.

Those in Primark's fake disco pants would be identified via the wrinkly excess fabric that would group under the bum like a 90-year-old's chin.

With the tightest waistband known to man slicing through your stomach, the disco pants' middle seam hiked so far up your vagina, shuffling and rearranging was futile.

As you fiddled with your Blackberry in bus stops, gross boys would point out your raging camel toe and you'd be like "I know hun – problem?"

When the bunching got particularly bad around the flaps, some of us proceeded into the moose knuckle phase of vaginal engagement.

YOUR ASS WAS BLAC CHYNA LEVELS OF PERKY

Tight lycra is the body equivalent of a facelift, a work of structural engineering which could lift cellulite up to the heavens. 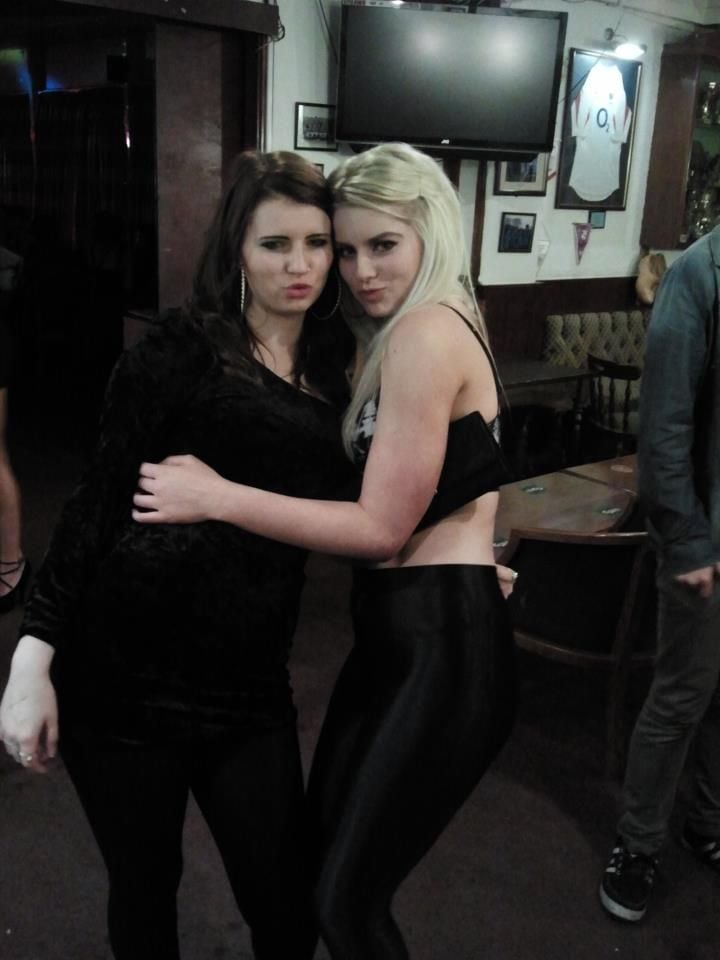 BUT YOU CAN'T HAVE A FABULOUS BACKEND WITHOUT A FRONT ONE

The lycra cupped your gut into a small rotund bump. It was like you were wearing a fanny pack made of your own skin.

Warning: Never ask girls in disco pants when the baby is due.

By depriving your skin of oxygen, disco pants cooked your arse like a foil-wrapped roast chicken. When you removed your clothes your bum would stick to the toilet bowl and slip around, soaking up all the germs. You'd waddle out into the purple club smoke wanting a dose of anti-sceptic. 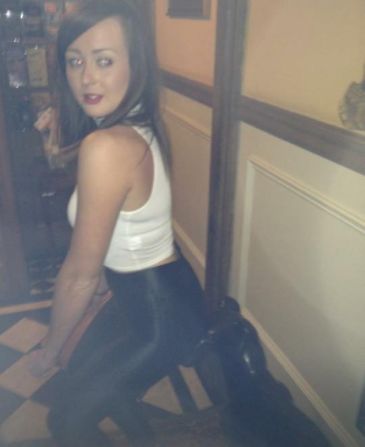 Wearing a lycra thong takes naked bathroom selfie levels of confidence. Those who wore them would have to sashay past pensioners tutting so much they might as well have been beatboxing #werk. 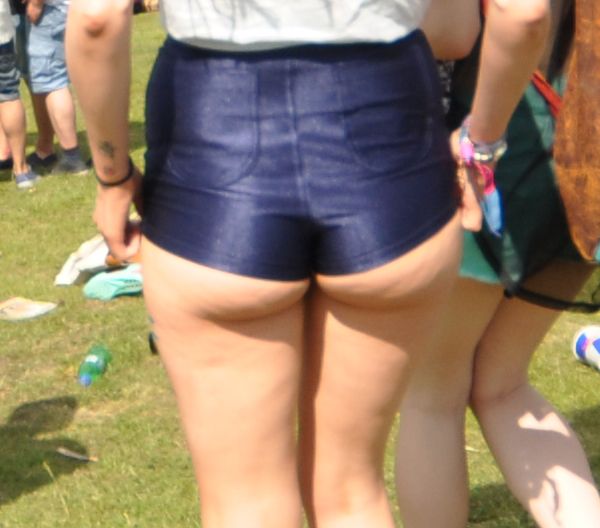 – Black because disco pants are the only thing you ever wear so they have to match with everything you own.

– Grey/navy meant you were a bit alternative, you probably like superimposing your own poetry on stock photos of sunsets.

– Blue/red/purple meant you were raking in some serious dollar from your weekly allowance. How can one afford such obscure colours? How often can you wear those? Like, twice a week?

I bought some disco pants and now I want some in every colour they come in ??✨✨✨✨ I love them (even tho they flatten the booty ?) . . . #americanapparel #discopants #disco #highwaist #booty #leggings #tregging #rockabilly #psychobilly #50s #instagram #instagood #instadaily #instagram #me

PARENTS WONDERED WHY THIS SHINY LOOKING CONDOM WAS A CHIC LOOK

"Darling, are they made out of clingfilm?" 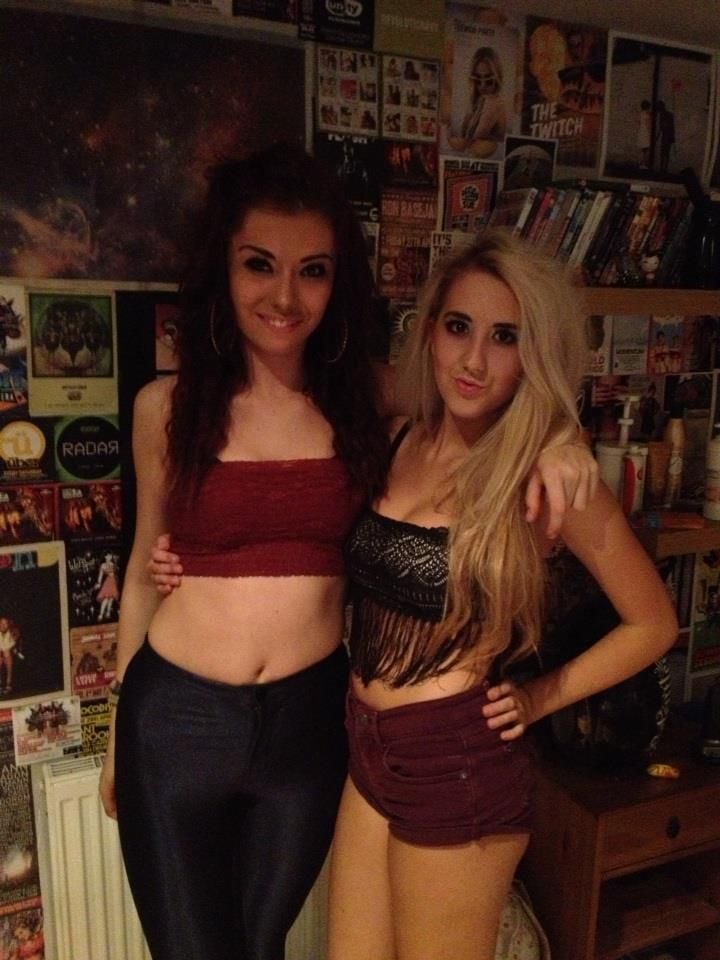 OTHERS LOVED THEM BECAUSE THEY SCREAM 80S WORKOUT GEAR

"Aren't they amazing Steve, do you remember when I used to wear those to the church hall for the aerobics classes with Paula!?"

THEY WERE SO EXPENSIVE, PARENTS WERE FORCED TO SELL THE FAMILY CAR TO AFFORD THEM

At like 90 quid, these trousers were Christmas and birthday present territory. It will be frustrating for any disco pant wearer to know that on eBay, they are currently being auctioned off for £4. 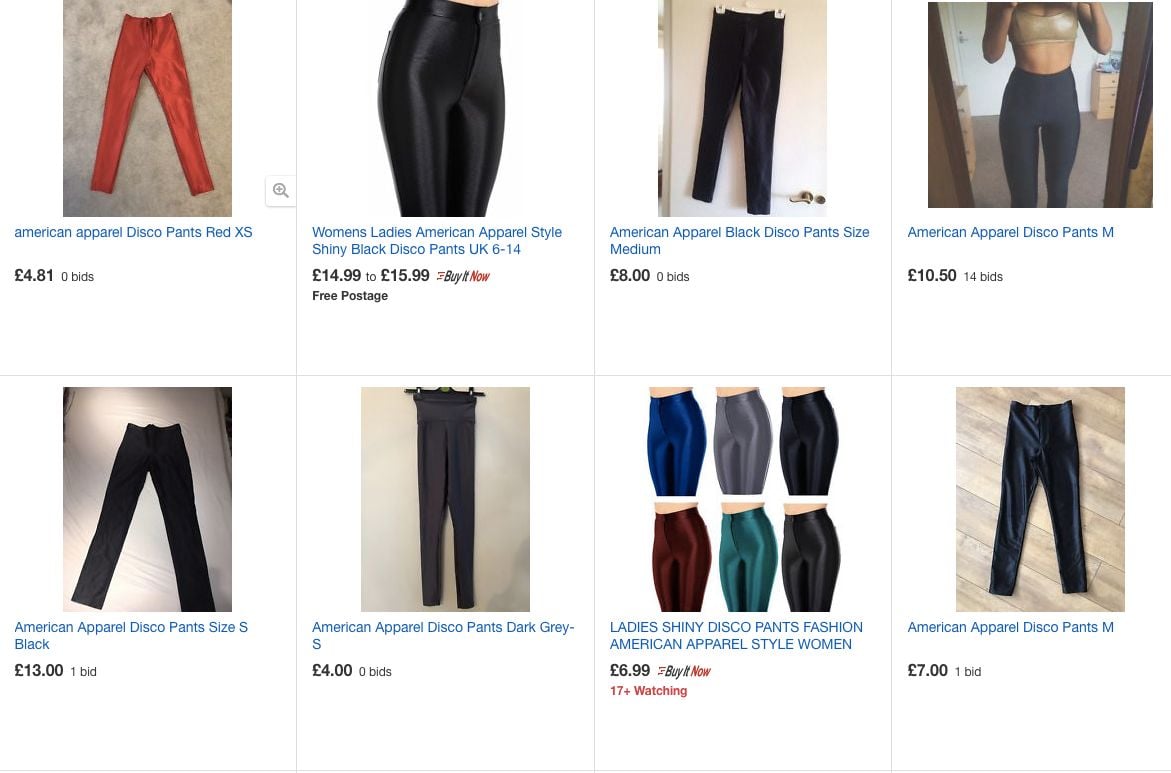 – White tank tops with crosses plastered over the nipples

– Creepers if you were a Tumblr fuck girl

– Any item of clothing in burgundy or forest green

REMEMBERING SEEING JESSIE J WEAR THEM ON THE VOICE AND THINKING………………..GOLD?

Was that even a purchasing option? She looks like a giant coin. 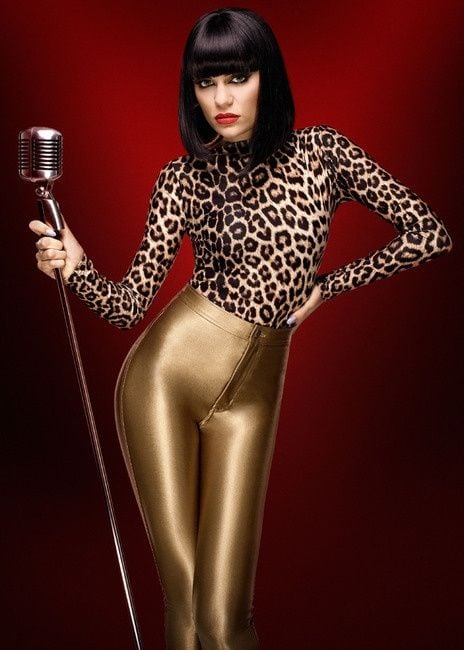 Your natural hair, which was approximately bob length, was backcombed into a matted cloud and from below emerged two sharp pincers of fake hair.

These clipped in extensions were always two shades lighter than your actual hair, and could be identified via its shiny overtones. It was never to be straightened unless you wanted it to melt into a plasticy pulp.

To finish the look, everything was drenched in a poison cloud of L'Oreal Elnett. 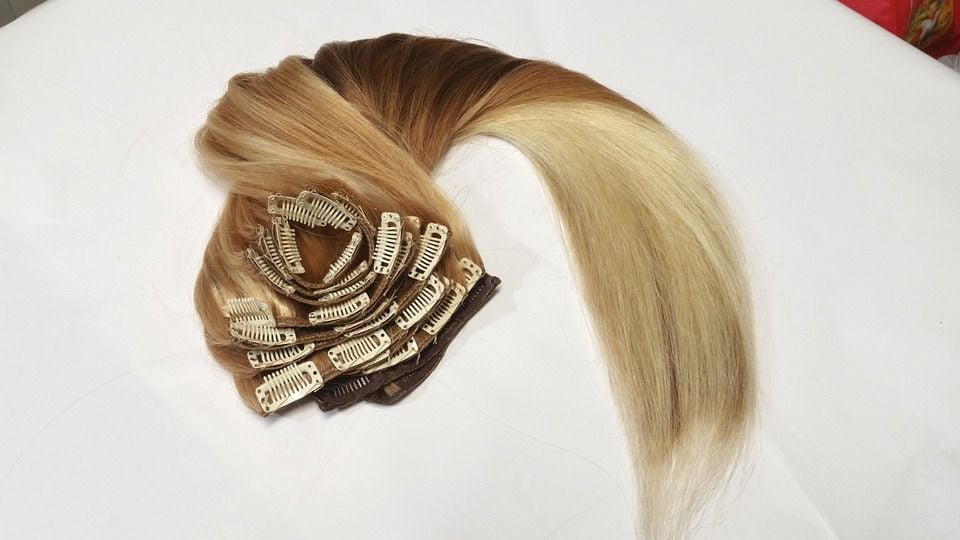 In the days before blusher and highlighter, the look was gaunt and the colour was pale orange. Eyes were dark and crusted shut with congealed spikes of black mascara.

BAD EYEBROWS COMPLETED THE VIBE, AND LOOKED LIKE THEY WERE SOMETHING OUT OF A CARTOON

Eyebrows suddenly became a concrete part of women's makeup routine. Prior to this they'd been left plain, flaked with foundation fallout. Girls would draw them on in cartoonish thin lines 7472847 shades too dark for their skin tone. 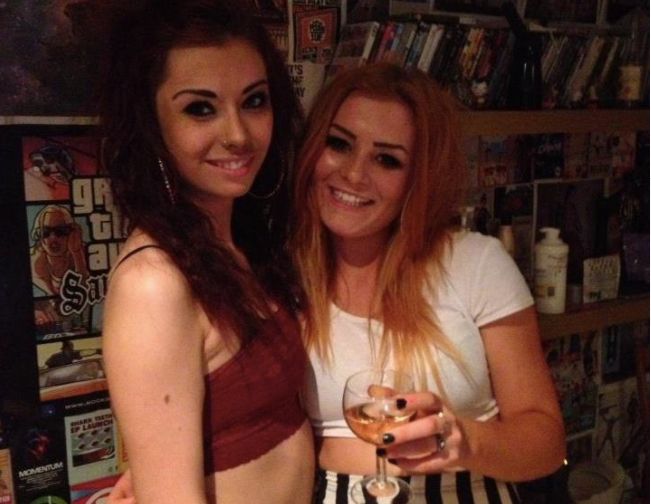 Me on the right with some seriously angular eyebrows