82 things you should under no circumstances do at university

Endless boozing. New friends. A break from your tragic hometown. University offers infinite possibilities of freedom to all fresh-faced youths, but with that comes a lot of lessons you learn – pretty quickly.

To save you from asking stupid questions on Facebook Freshers' groups, we've come up with a pretty definitive list of all the things you should absolutely not do when you get to uni.

There are 82 rules guys, no more, no less. This is your bible. If you follow it, you might be on your way to becoming an absolute uni legend. Or at the least, you will save yourself a lot of embarrassment. 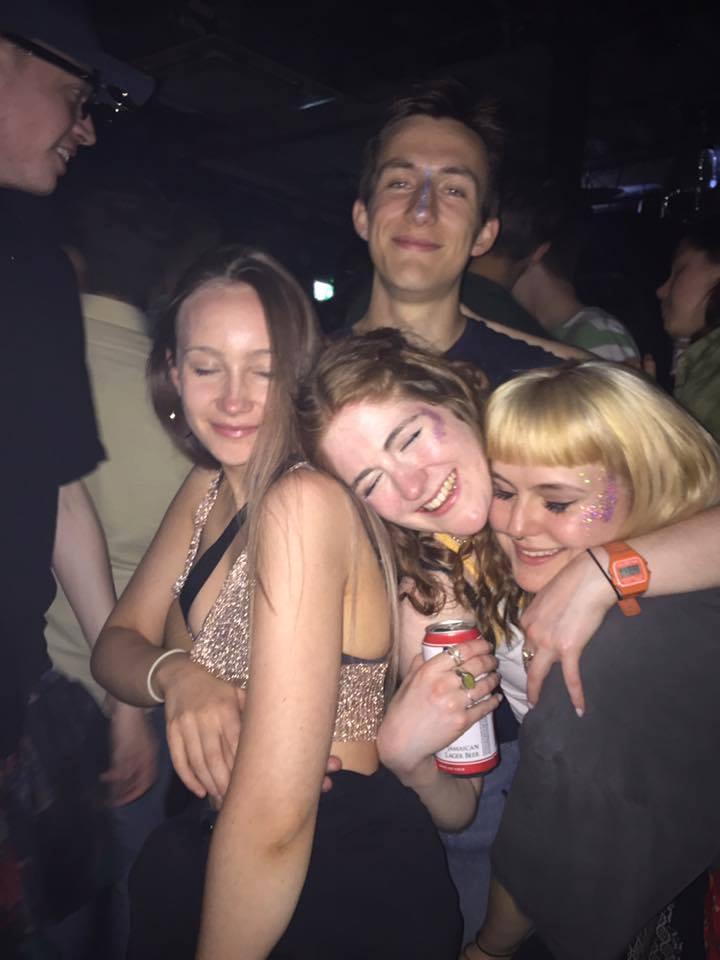 The SU is notorious for senselessly hyping up their nights, which are mostly a let down, and trapping students into attending them by selling them extortionate wrist bands. A night out in the town might be better anyway.

2. Don't try and reinvent yourself

When someone tries to be someone they're not – people will see through it pretty quickly. Just relax and hope that people like you for you are, lol.

3. Don't starve yourself before a night out

4. Don't sleep with your flatmate during Freshers'

This is not the same as having a one night stand. You're going to have to face them every single night if things become awkward, which will be the case. Don't shit where you eat.

5. Don't order a free cheese toastie from the Christian Union

They will never leave you alone.

6. Don't refer to yourself as a BNOC

A real BNOC wouldn't do that.

This includes cultural appropriation, black face, dressing up as victims of a tragedy. If the costume idea raises doubts – ditch it.

8. Don't talk about your gap yah

Literally no one cares.

9. Don't talk about what you studied at A-level and what grades you got

Everyone is in the same place now anyway, so please spare the clearing or adjustment "stories."

10. Don't bring every single piece of clothing you own

You're probably going to reinvent yourself and buy a whole new wardrobe anyway. 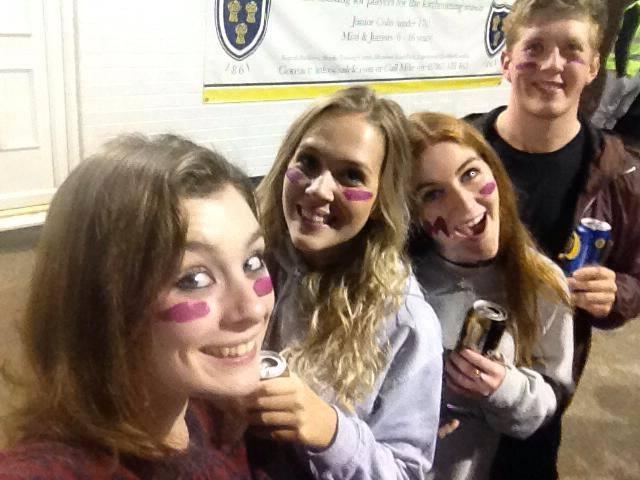 A solitary ballpoint pen will suffice.

12. Don't take every freebie you get offered

Realistically that mug you picked up at Freshers' fair will only get used for pres and start to grow mould.

The first step to losing friends and alienating people.

The only venues you'll play at will be your mate's basement or pres.

15. Don't incessantly talk about how little money you have

Because the loan is there for a reason.

Usually a sign that you aren’t being invited to real parties.

17. Don't drink way over your limit to impress people

Don't be the sloppy mess who needs to be taken home and essentially ruins everyone else's night.

18. Don't get a boy/girlfriend in Freshers' week and stay together for the rest of uni

I mean you can, but please live a little.

19. Don't become a really left-wing social warrior but then return to mummy and daddy’s mansion in the holidays

Being a champagne socialist is a common university phenomenon and it's totally fine to become a bit more in tune with the real world. Just don't get carried away with it and pretend that you're from a working class background, please.

20. Don't make only one group of friends 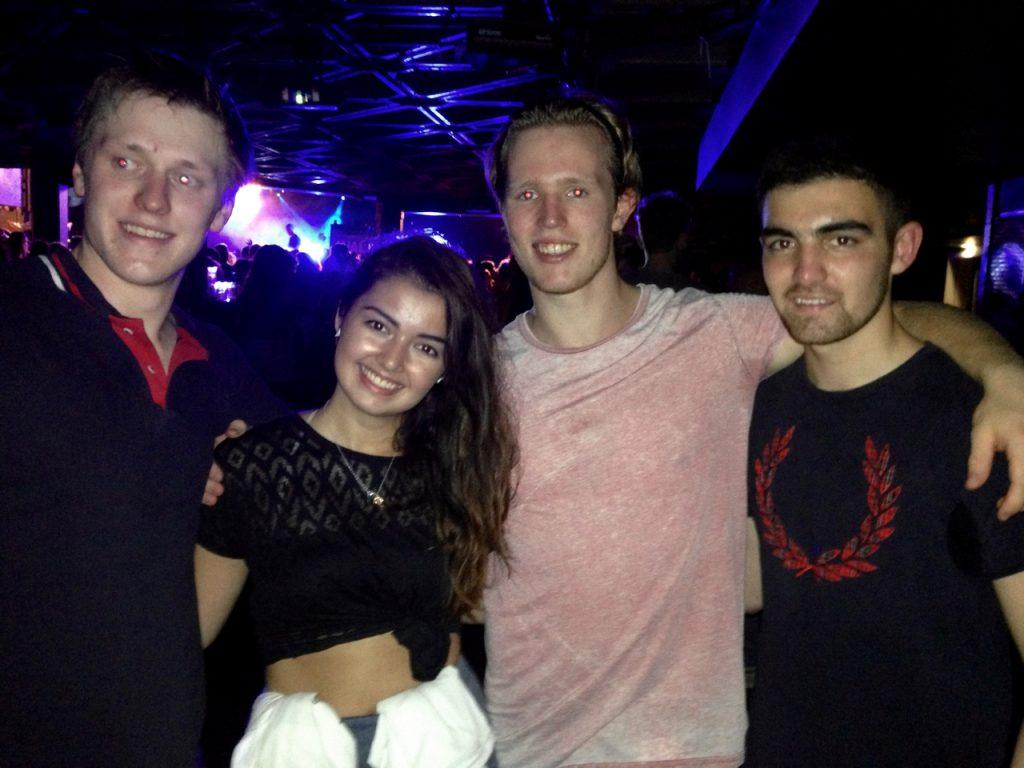 They give those away for free at the library.

22. Don't get into ‘real ale’ and act like you're better than everyone else

It's universal knowledge that the society is purely for people looking to get pissed. Get off your high horse mate.

WE GET IT. YOU PLAY FOOTBALL.

It all tastes like drain liquid anyway, so why wouldn't you buy the cheapest?

25. Don't join societies that you won’t actually get involved with

The ambition to join charity societies and volunteering at soup kitchens every Saturday will quickly wane. Don't give them false hope – it's cruel.

26. Don't offer to buy cigarettes in club smoking areas for a quid

Or be a social smoker who always scrans ciggies.

Besides, it's a social construct that we need to stop conforming to anyway.

28. Don't brag about what a top shagger you are

Picture Jay from The Inbetweeners.

30. Don't pose with a water bottle in every picture

The whole world doesn't need to know about your first experience with MD. 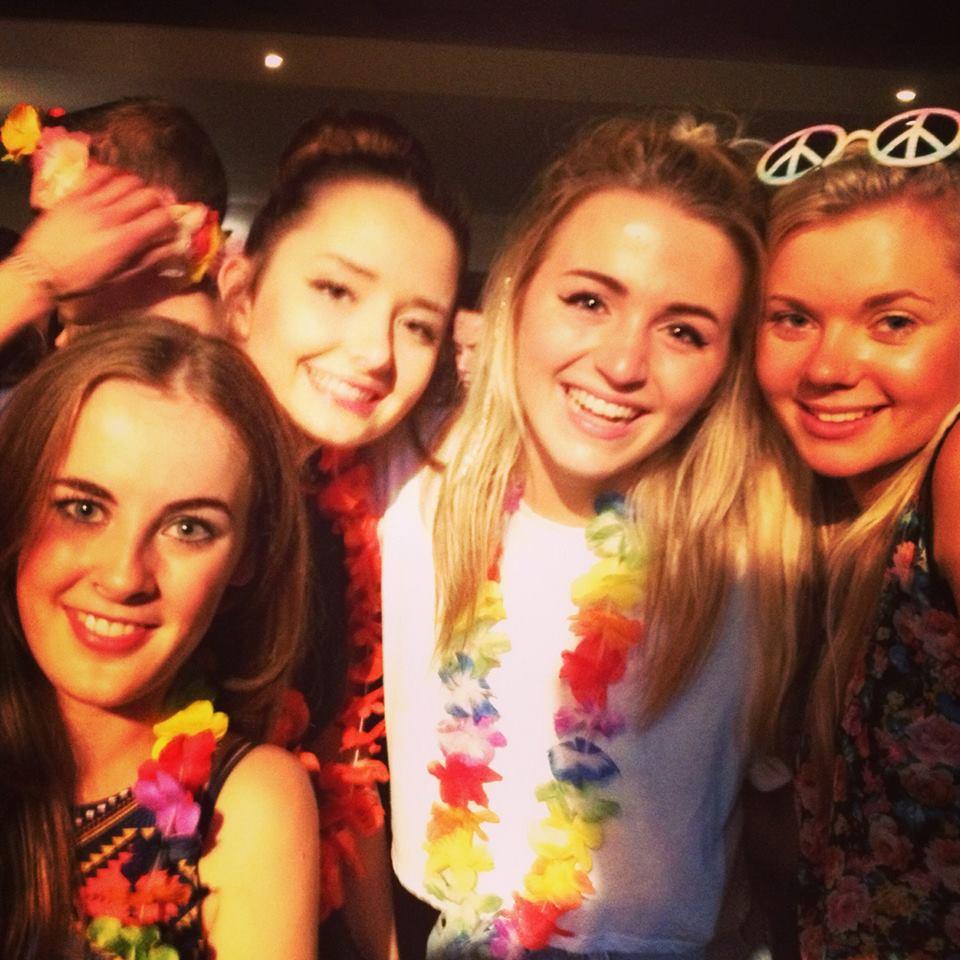 Missing mum and dad means you're a ham and cheese melt.

32. Miss a night out to make it to lectures

Seminars are compulsory. Lectures? Not so much.

33. Don't talk about your school, especially if you went to private school

Not everyone has £50,000 to spend on uni, let alone annual school fees.

34. Don't decide your second year housemates in the first few weeks of term

Be level-headed about this because you may have stalked them on Facebook, but you don't actually know them. There's a high chance you will hate them and they'll ruin second year for you.

35. Don't choose a second year house in a rush and end up in a shithole

Mould and slug infestations are a far departure from halls that are cleaned twice a week.

36. Don't be rude to the people on your course

You will need them later when you miss every lecture.

Think of the bank account. No one will transfer that £3.50 they owe you for the lasagne you spent half a day making.

38. Don't Snapchat every minute of every night out

120 second Snapchat stories are fucking boring. Are you even having a good time?! I'm worried about you.

39. Don't spend all of your time with your boyfriend/girlfriend

40. Don't bum off of your flatmates – they’ll hate you

Just buy some olive oil once in a while. 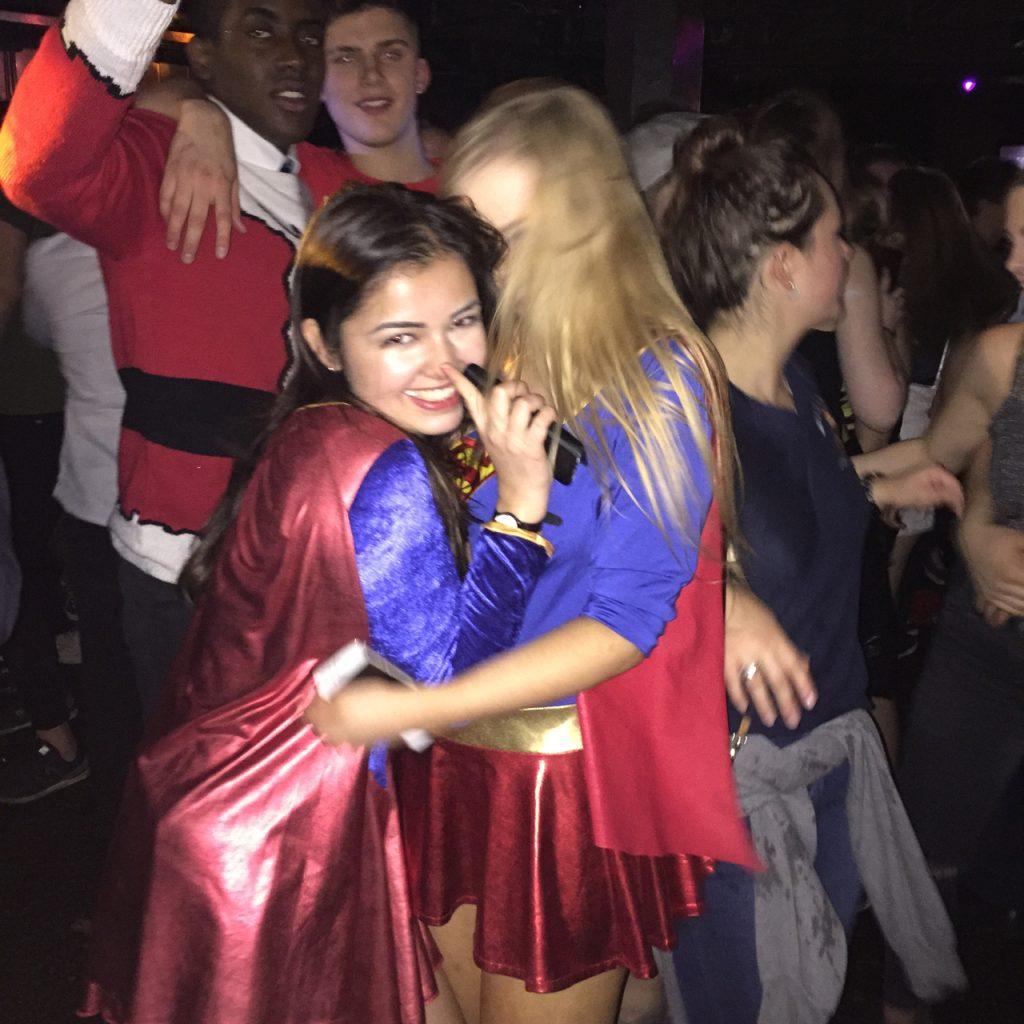 41. Don't cheat on your school sweetheart

Just dump them and settle for a term of emotional wreckage, instead of a whole year.

42. Don't give shit chat about how someone goes to a poly

43. Don't put down BA students just because you study a BSc

You chose it mate, go and moan about your statistical data analysis to someone who cares.

44. Don't talk about rowing at uni

It's the same as admitting you vote Tory to your mates – social suicide.

45. Don't pride yourself on being the Pre-J

46. If you're going to catch an STI – tell the people you've shagged

It's called being a decent human being. No one wants your cooties.

You WILL become the local taxi service and your mates will think the car runs on friendship, instead of petrol.

You can literally get 150 jager bombs.

Aside from general health implications of taking too many drugs, it's not embarrassing to admit you've never done them before. Neither has anyone else. No one really gives a shit if you have done drugs at school. 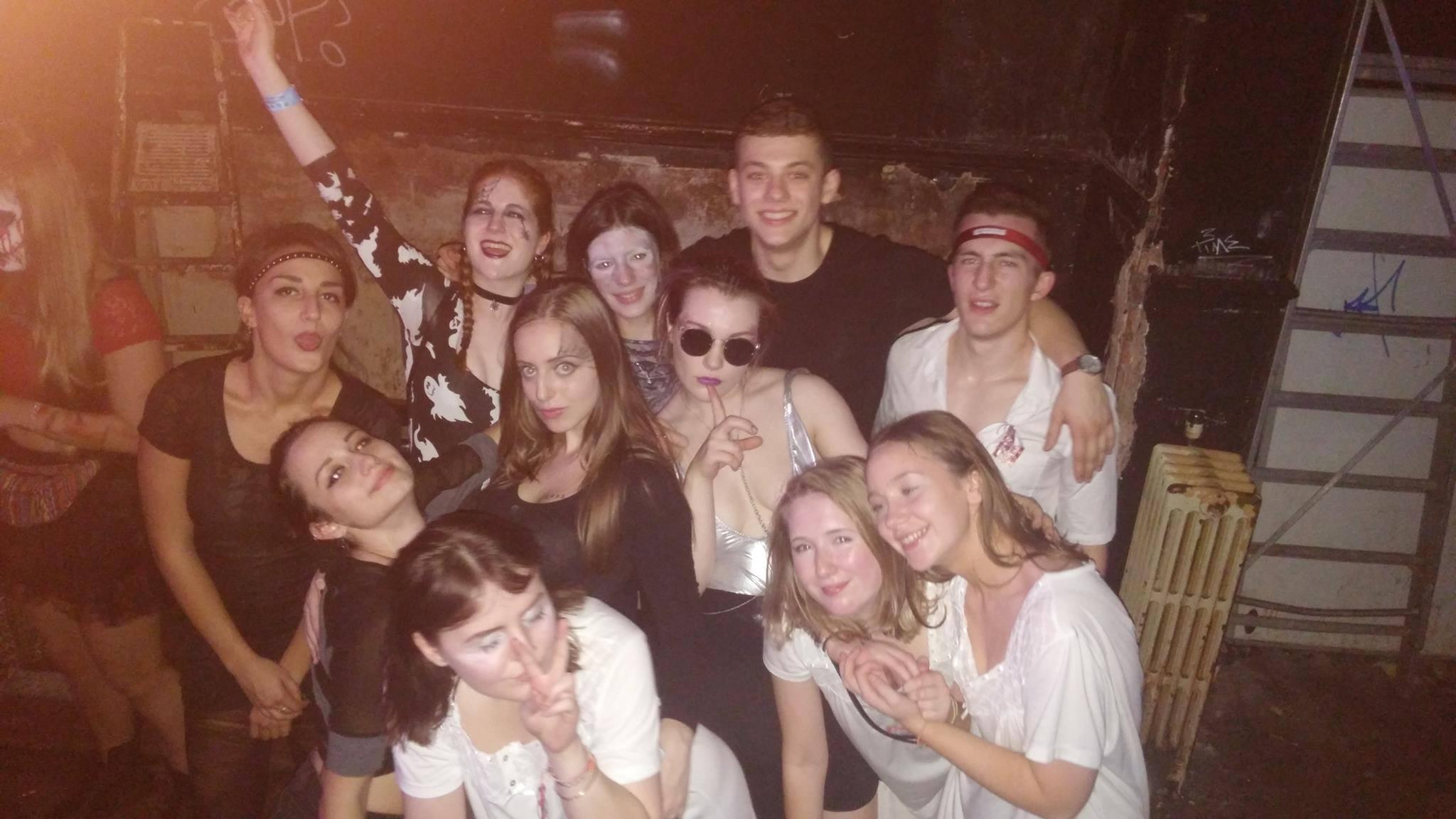 50. Don't go to uni with your boy/girlfriend

They're shagging their flatmate.

51. Don’t try and bring your home slang to uni

No, this cake is not fucking leng.

Sharing showers doesn't mean washing yourself should be skipped altogether.

53. Don't make assumptions about people based on stereotypes

This literally never goes down well and you sound like a bigot.

It's a fact that these types of halls are a magnet of different shades of boring.

55. Don't constantly leave your flat kitchen in a state

Mummy might not be here, but those dishes won't wash themselves.

56. Don't bring your guitar to uni

57. If you decided to study science, don’t moan about all the hours of labs you have

Be thankful you actually get some contact hours for your mountain of debt.

58. Don't lock yourself in your room during freshers and be an introvert

On a serious note, social anxiety is an actual mental health issue and should be taken seriously. But please don't let it stop you from trying to go out in the first week and making friends. It will only get harder as the year goes on otherwise.

59. Don't shag in the toilets of a club or a library

You'll end up on The Tab.

60. Don't suggest to play Ring of Fire at pre drinks

I hope you like Truth or Dare because you're an adult now. 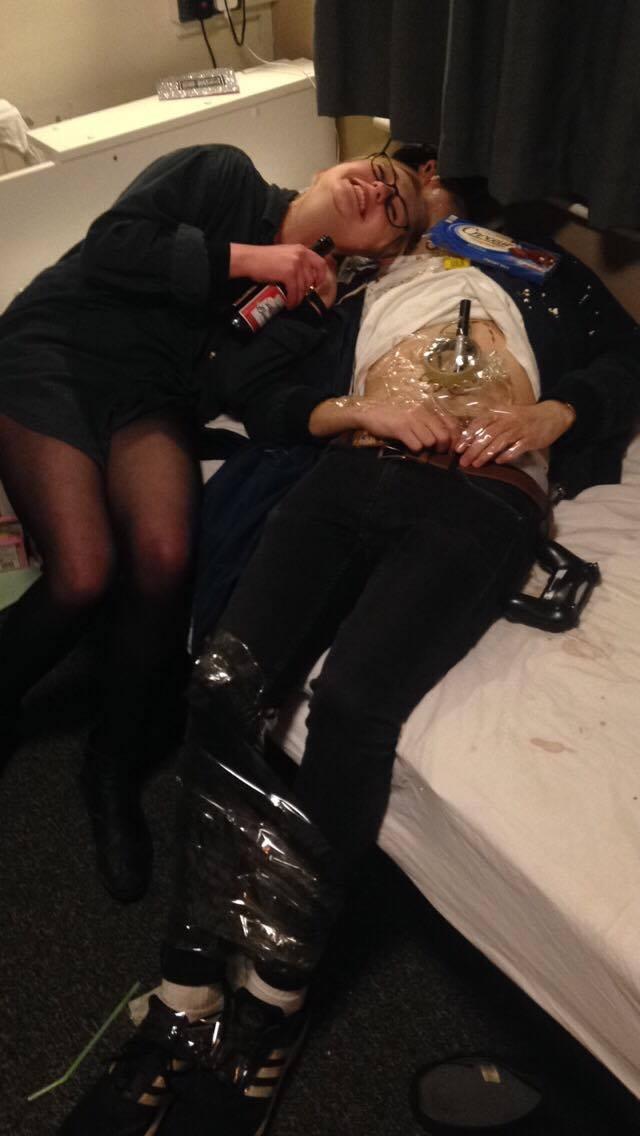 61. Don't rap along to songs in the club

Unless it's American Boy. That's always a classic.

62. Don't encourage your friends who go to Leeds or Manchester to keep talking about how cool their uni is

They're probably lying and they won't know better.

64. Don't always tell stories about your friends from home

No-one knows who they are, therefore it isn’t funny.

65. Don't give out your uni email to everyone during Freshers' fair

Unlike your hotmail account, you will need to use this one and sift through a lot of spam.

66. Don't try to have a pet because you will kill it

67. Don't try and force people to buy you drinks at the bar

We’re all in the same broke boat, just get pissed at pres instead.

Decanter into a plastic bottle.

And for the love of God, don't call it ganja.

70. Don't do stupid sports initiations because you think you have to

We're not in America, you're not going to get hazed. 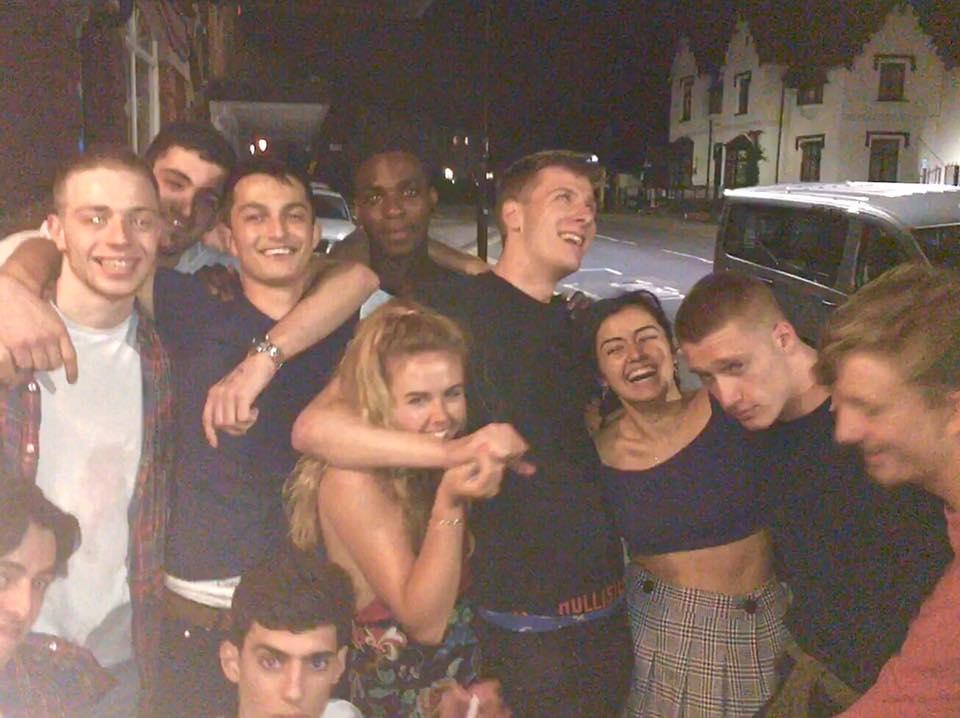 71. Don't offer to buy people drinks and then ask for the money back the next day

If you don't know that already, it's a good thing you're reading this.

72. Don't refuse to get an overdraft

Especially if you will moan about being broke all the time.

Actually, don't say it at all.

The chance to do absolutely nothing for a year of your life won't come around again.

It will just turn you into a boring fuck.

People will know that you're a cheap hoe.

77. Don't pretend to know everyone

No one is that nice and it's embarrassing when people find out it's not true.

Whatever you do, don't let the first question to pass your lips be "Oh, what school did you go to?"

79. Don’t beg for donations for your ‘charity’ trip to Machu Pichu.

Volintourism stopped being impressive around the time Tropical House did.

80. Don't fail to implement a strict fine system for people who don't wash up

Threats of social exclusion usually do the trick. 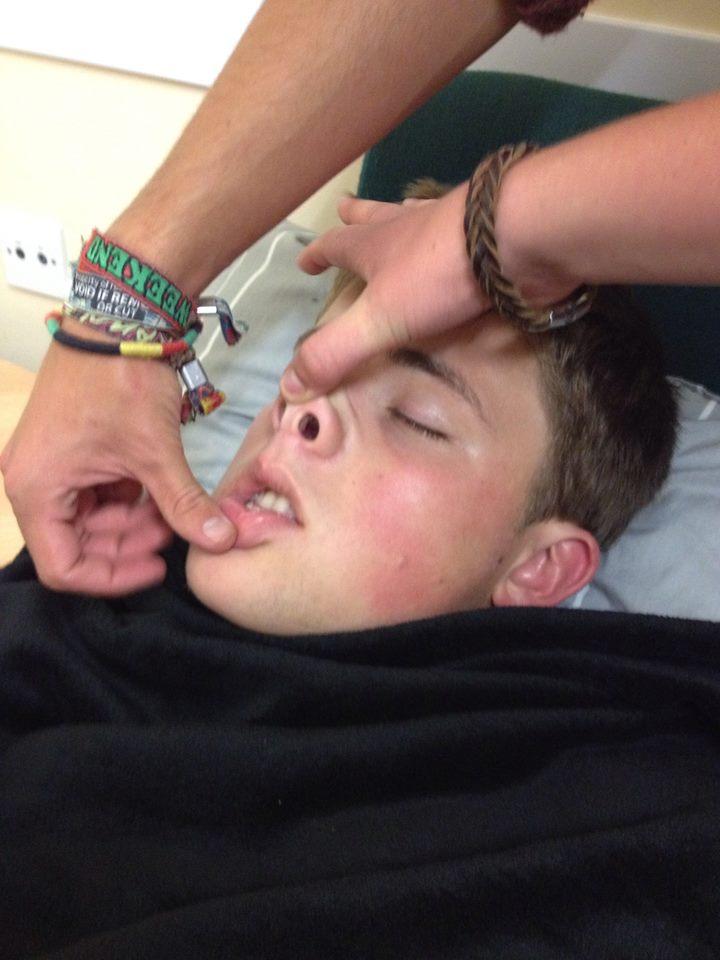 81. Don't post on the freshers page all the time

You'll get blocked by everyone and banned from the page.

82. Don't be the one who annoys the DJ all night by asking for requests

I SWEAR TO GOD, IF I HEAR MR BRIGHTSIDE ONE MORE TIME.