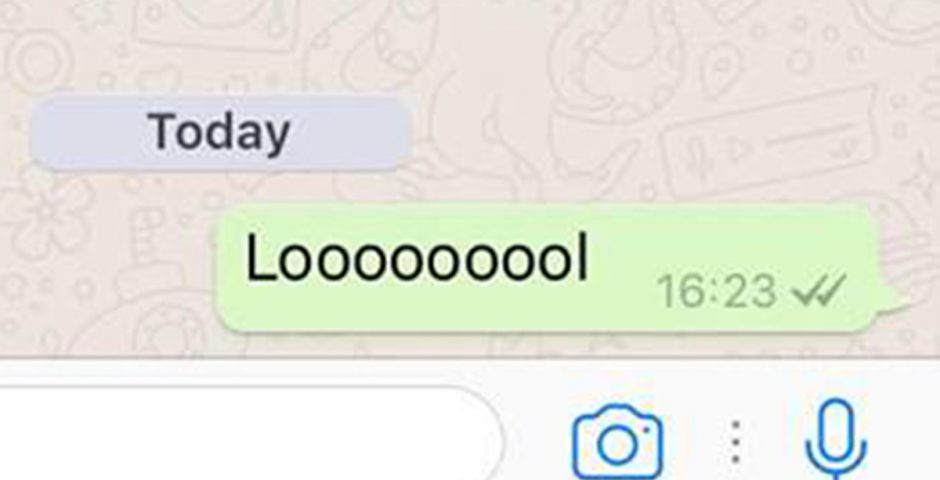 No really we have uncovered it

It was a simple time when lol entered the world. It was probably the first staple of the texts 13-year-old you sent to your friends from a bedazzled flip-phone. It meant what it meant, laughing out loud. But somewhere along the line, lol has lost its way.

Nowadays nobody actually uses lol for its original purpose. Instead it’s put on the end of messages you want to make seem marginally less aggy. “I mean I was there but you were late so I went home lol”, “okay lol”, “lol you still owe me for the Uber” that kind of thing. I’m not actually laughing out loud, I just want to make these angry written messages seem a lot more eezy breezy. I can’t remember the last time I actually used a lol to mean laughter, not even to my mum.

But it’s been overtaken by a much-improved replacement. A longer, more emphatic way of showing that something is actually worth your typed laughter. It’s not ‘hahaha’, ‘lmao’, or ‘rofl’ (remember rofl?). It’s the humble yet glorious “looooooooooool”.

This seems like bullshit. Anecdotally at least, more people use loooooooool. But it also has basis in science. Here it is, charted on a graph, the advent of the new day: 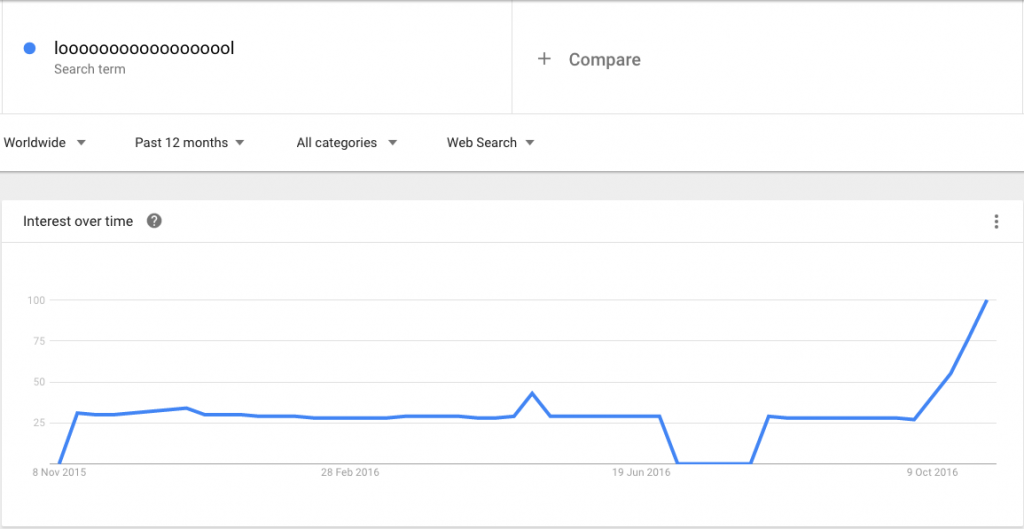 Even Urban Dictionary, long regarded as the objective fountain of all online linguistic knowledge, has conceded that while lol has become a “worthless term”, a type of millennial hedging, loooooool is on the up. 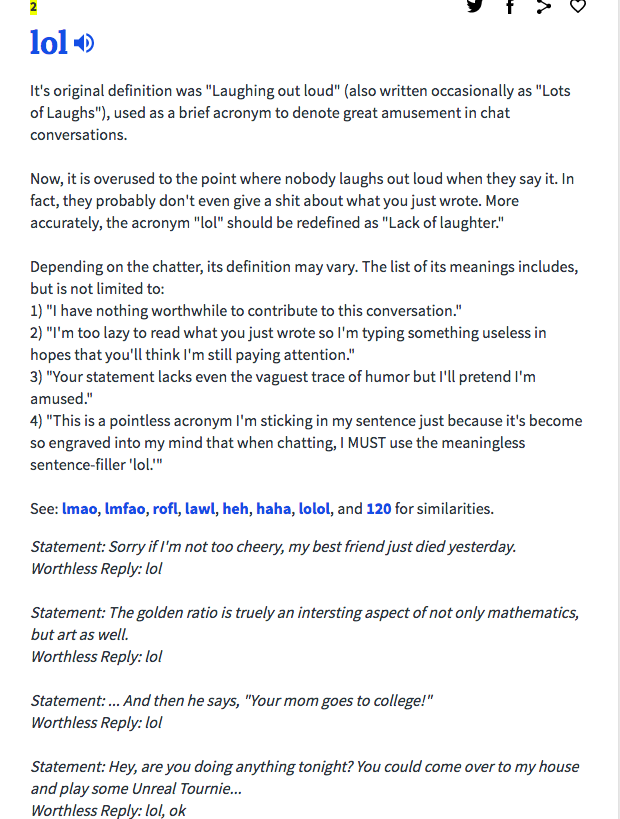 Even on Twitter, here it is. An influx of looooooooool. Wall to wall looooooools.

@IggyCombs Loooooooooool, coconut oil is my go to for everything! But this time it's not working for me ?

It hasn’t been a great year, it goes without saying. We’ve lost a lot of things in 2016. But we’ve also gained something great. What we’ve lost in laughs and joy, we’ve gained in loooooooools.