Whatever happened to Sunny Delight?

‘My mum never let me drink it because it was in the news that a girl turned yellow. That’s true, right?’

Three myths summed up noughties schooling. The first was that those alien goo toys gave birth if you put them in the fridge. The second was that the Frostie’s ‘They’re Gonna Taste Great’ kid died a horrific death. And the third yet most contentious was whether Sunny Delight was banned because it actually turned you yellow.

SunnyD, the bright orange and shamefully artificial drink first came into (4%) fruition in 1968. It did incredibly well in the US and, eventually, crossed the pond into Britain in 1998.  After a £10 million promotional campaign, it overtook the vast majority of soft drinks in the market and was third only to Coke and Pepsi in the UK and it was even the 12th best selling grocery product.

Joel Zietcer, a senior account director at a London PR firm, said: “It was a phenomenon. Kids begged their parents for Sunny D without even knowing what it was. Parents bought it without question under the misguided notion that their children were excited about healthy juice.”

It flew off the shelves because it tasted damn good and was marketed as a healthier option to other soft drinks, despite the fact that it was only 4-5 per cent juice and 95 per cent watery corn syrup.

Zeynab Mohamed, a beauty blogger from London, said: “I probably started drinking it in 1999. I still remember that distinct taste that it had and asking my mum for the smaller bottles so I could have it as part of my pack lunch every day.”

The orange elixir accompanied many throughout their childhood. For good or for bad, kids grew up with it.  “I once had an orange for breakfast with SunnyD on the side and threw up on the bus on the way to Girl Scout camp. No one could pick me up so I was stuck there in the lame nurse’s cabin until 5 pm”, said Caela McCann, a Boston College grad. 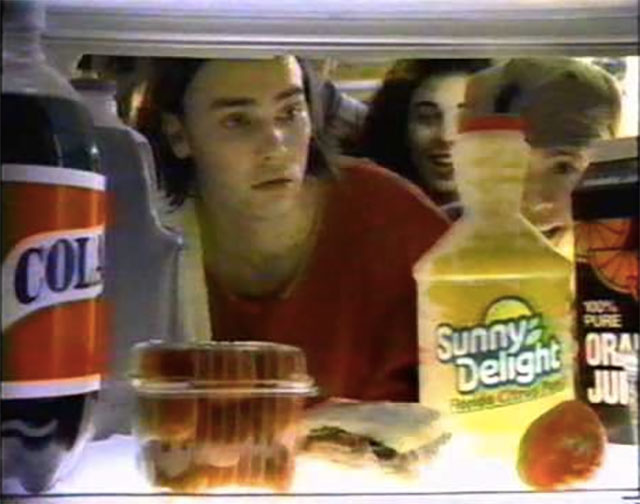 But despite its meteoric rise to success and swift entrenchment in both British and American culture, it soon all came crashing down. The snowball started rolling towards oblivion when The Food Commission called the drink a ‘con’.  Procter & Gamble insisted on putting it in chilled cabinets to preserve all the supposed vitamins inside it but were later called out for misleading their buyers into thinking it had any nutritional value which had to be preserved.

Even though this would rightfully put some people off, a lot of people ignored the initial warnings. Brad Vanstone, a University of Exeter graduate, told us: “I’d imagine Sunny Delight was similar to smoking in the 70s. You knew it was probably bad for you but the street cred you got from having some on you, accompanied by the feeling of inhaling it, was completely worth it.”

However, rumours started circulating about its other detrimental effects. Verity Bowman, a University of Leicester fourth year, said: “My mum never let me drink it because it was in the news that a girl turned yellow. That’s true, right?”

There was a particularly unsavoury rumour, as Verity mentions, that a girl turned yellow. The sad reality is that it actually happened.

In 1999, a four-year-old girl in Rhyl, Wales, turned a yellow-orangey colour after overdosing on the Beta-carotene in the drink. To be fair, she was drinking 1.5 litres of the stuff a day but this was the straw that broke Sunny Delight’s back.

Sales halved, causing the company to have to rebrand in 2003. It was then relaunched again in 2009 with a new formula containing 70 per cent fruit juice and no artificial ingredients or added sugar. The new era of SunnyD did not last, however, as ever-falling sales and the high expense of actually having juice meant that another reinvention was necessary.

Come 2010, it was reduced to a 15 per cent fruit juice content. But it never quite returned to its former glory. “It was never quite the same as the original”, said Zeynab. “What even is SunnyD?”, exclaimed another.

While Sunny Delight failed to fully recover from ‘Yellow-Girl Gate’, it is still being sold in major stores across the UK and America. 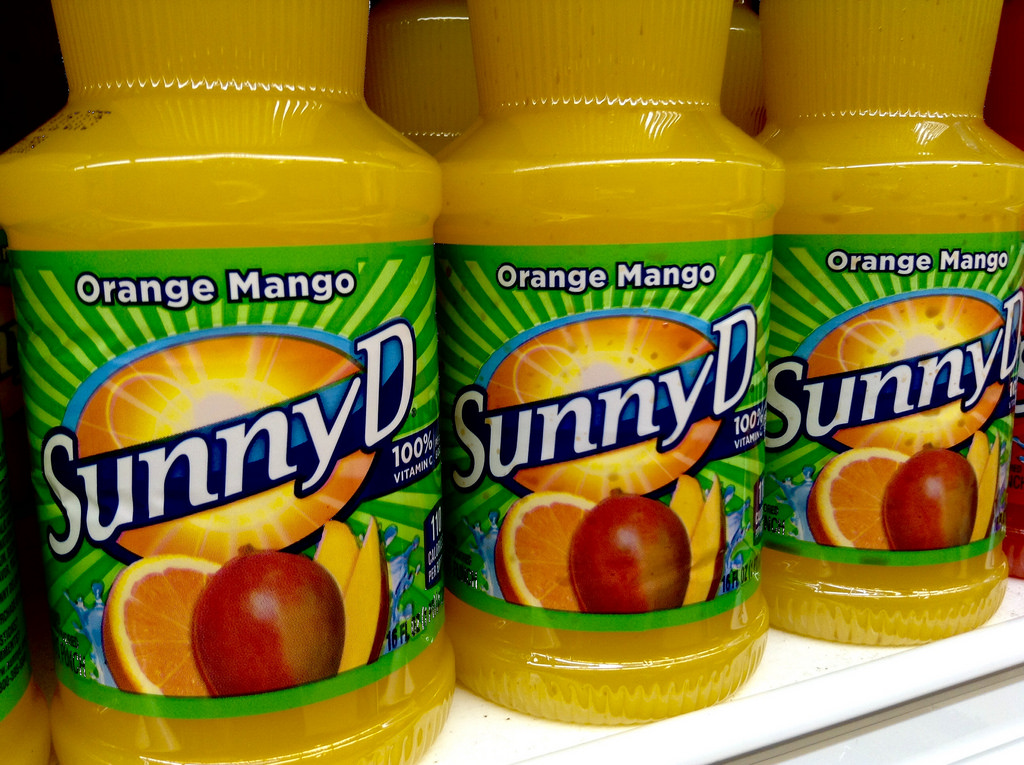 Their current existence seems to still be very tarnished by the past, however.

On their website, it states: “Sunny D contains Beta-carotene which is a source of vitamin A. Beta-carotene is a widely used natural food colouring found in many soft drinks and occurs naturally in oranges and carrots. Sunny D uses only Beta-carotene from a natural source.

“When consumed responsibly, Sunny D will not turn you orange any more than a regular 100 per cent orange juice or carrot juice would.”