They will take part in the Lessons from Auschwitz project

Three of YUSU's Sabbatical Officers will travel to Auschwitz as part of the Lessons from Auschwitz project.

The Lessons from Auschwitz campaign is co-run by the Holocaust Educational Trust and the Union of Jewish Students.

This news comes after a year that has seen YUSU involved in a number of anti-semitic incidents.

The programme aims to help better people's understandings of the Holocaust and Jewish life before the war, so that those who attend can implement the lessons they have learned back at school or back on campus. 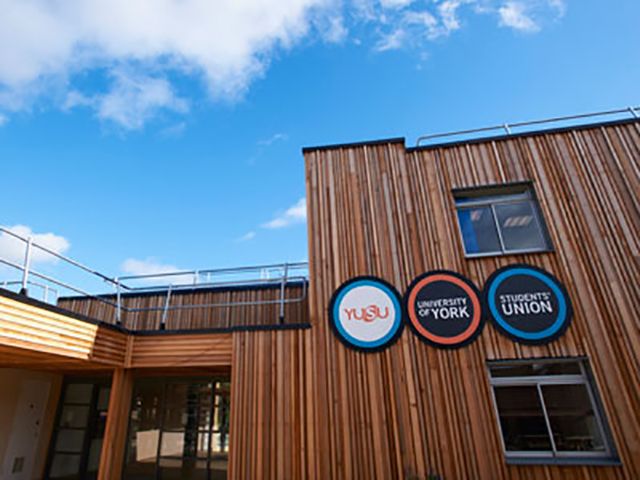 The Sabbs' participation in this campaign will take part over three stages.

Firstly, on the 18th November, they will attend an orientation seminar where they will learn about Jewish life before the war and hear from a Holocaust survivor who was in Auschwitz concentration camp.

The Sabbs will then travel to Auschwitz the next day where they will learn more about what it was like.

They will also have to take part in a follow up seminar on 28th November where they will consider how the Holocaust is relevant today and discuss how they can bring the lessons they have learned back to campus.

York Vision originally reported the story before pulling it from their website yesterday evening because of a news embargo with Nouse, whose latest print edition comes out on Tuesday.

The planned trip comes after a number of anti-semitic incidents over the past year on our campus.

York Vision reported that York's Hockey club, UYHC, wore t-shirts on a social in October 2017 emblazoned with swastikas, "Jews are f*****s", a Nazi eagle with a penis on it, as well as drawing Hitler moustaches on their faces.

The York Tab also revealed in June claims of a year-long "cover up" following allegations a former YUSU officer made anti-semitic comments about a Jewish university staff member.

York also made national headlines after it was the first university in the country to make a public apology and pay compensation to a Jewish graduate who suffered anti-semitic abuse.

“As a Sabbatical Officer team, we took the opportunity to invite a senior member of University staff to join us on this trip, and we are pleased to announce that Debbie Smith – Pro-Vice-Chancellor for Research – will be attending.”

“It is important that the University and YUSU works together to raise awareness and challenge prejudice and racism. We hope that by taking part in this project, the meaningful experience that we shall share will have a significant impact on the wider community here at York."

York's Jewish Society have also been contacted for comment.

We are recruiting new writers, social media editors, and video creators. Sign up to join The York Tab here.