Oxford college sends out security email about this man to all students, even though he was just staying at a friend’s place

Harris Manchester College sent CCTV of a graduate walking through college and warned students to “remain vigilant” as he might be a danger to their “wonderful and safe environment”.

Femi Nylander, an activist for the Rhodes Must Fall movement who has previously protested against the colonialist origins of All Souls College, was collecting keys from a friend in the college on Friday morning when the college raised his behaviour as suspicious.

In a post to the group Race Matters – which received almost 700 likes – he explained the college sent an email that afternoon containing an image of him walking through the main foyer to a mailing list of all students and staff. He said: “That feeling when your picking something up from a friend at an Ox college and they end up sending CCTV of you to the whole mailing list.” The email from Jonathan Boucard, asking students to contact security or a member of staff, read:

“This is a serious reminder that this wonderful and safe environment in which we live and work can be taken advantage of. We must all do our bit to maintain vigilance against unauthorised persons in College. Attached is an image taken fro our CCTV of a person discovered in College this morning. Seen previously, it had been thought his person was associated with All Souls College. This is not the case. If you see the person in the attached image, then please alert a member of College Staff.

“We are unaware of the intentions of this individual. Previous interactions with them have been amendable, so the College does not currently feel there is any level of danger, to either persons or property.” 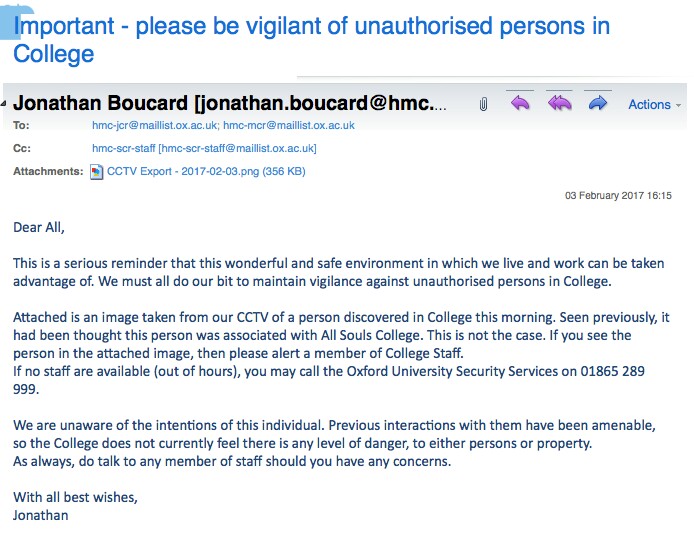 Femi revealed the college didn’t seek to ask who he was. He said: “They approached me in the JCR and said: ‘It doesn’t open until 8,’ it was 7:50. They asked if I had had breakfast to which I said I don’t eat breakfast then they said: ‘two bad habits in one!’ Then left. They made no effort to ask who I was though.”

Femi had stayed in the college overnight, and accidentally opened someone else’s office instead of his friends where he was staying after becoming locked in. The college bursar Annette Duffell told The Tab a fellow from All Souls College, who have a building within HMC, reported someone entering their room at 11:30 the night before. Consequently, when Femi was seen on the college grounds again the next morning, an email was sent with the picture of him asking students to remain vigilant. It failed to mention he had stayed overnight, and Duffell said in hindsight they should have included the information. She added: “We take the security of our students very seriously.”

Femi told The Tab: “Basically I got locked in the college, worked in my friend’s office area over night then left in the morning. I spoke to them, and received no indication from them there was any trouble. Then they sent out a mass email of me to the college.”

He added: “It’s a very common story… happened to me numerous times when going for tutorials.”

An actor who now lives in Oxford, Femi had previously studied PPE at Regent’s Park College and graduated last year. He had been at the forefront of the RMF campaign and once stood outside All Souls College bare foot and with a chain around his neck to protest against its patron Christopher Codrington. He had painted on his chest “All Slaves College”. 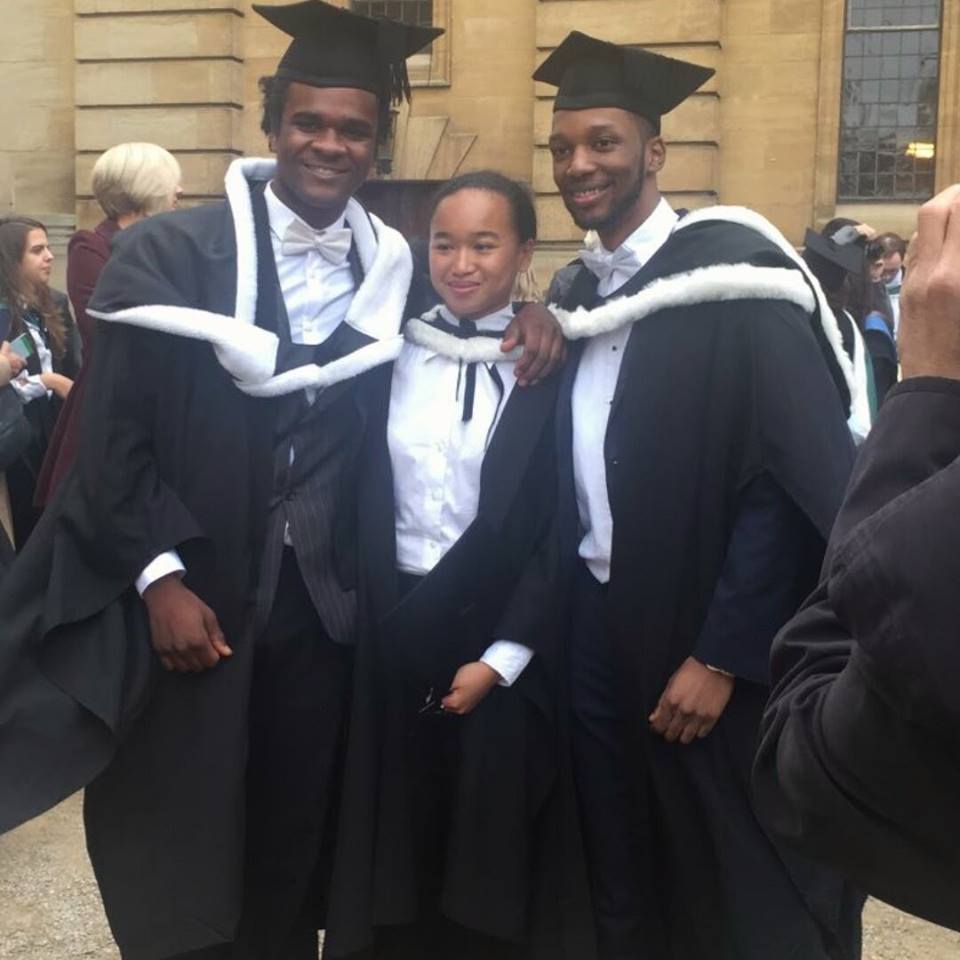