Meet the Notts second year who has predicted the entire election

‘I wasn’t going out much anyway’

With the election just days away, the question on most people’s lips is who will be running the country?

One Nottingham second year claims to have predicted the entire General Election.

David Garner, a 2nd Year Politics student, has mapped out in detail what he thinks will happen – and he’s backing the Tories. 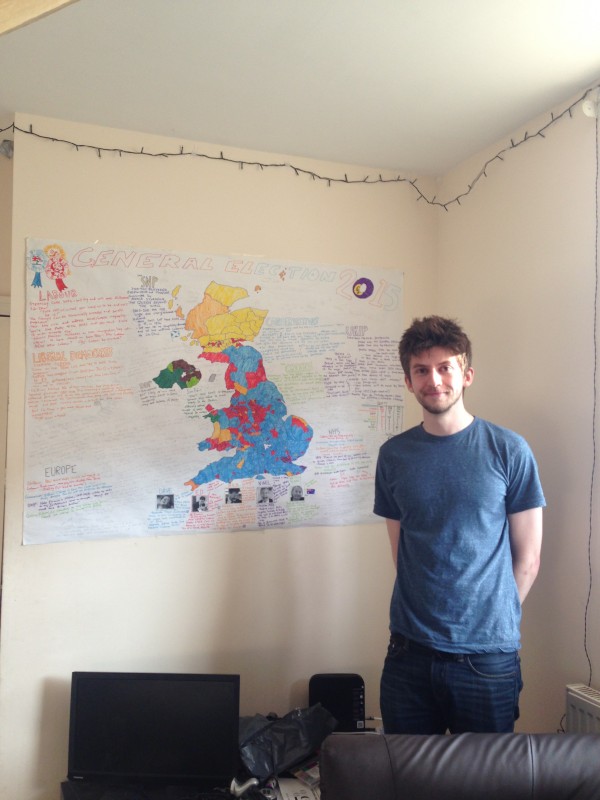 Since February David, 19 from York, has been working on a scale map of the UK, with each constituency meticulously hand drawn and in the correct place – bar London which ended up closer to the sea then David was hoping for.

We caught up with the anorak himself to find out what possessed him to pursue such a feat.

He said: “For a Politics student this election is my life, well that and procrastination.”

Nottingham’s answer to Paul the Octopus started his predicting journey in Scotland, where he’s confident that the SNP have clinched Scottish hearts after the referendum.

He added: “If Nicola Sturgeon was leader of Labour then they would win by a landslide.” 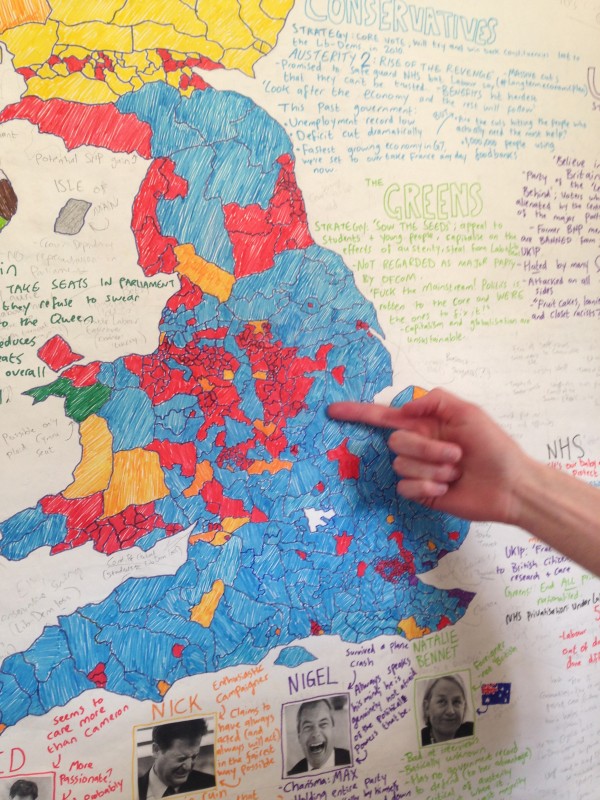 He then moved on to the North, the red heart of the Labour vote which was similarly predictable, but ran into trouble in the South West as the Conservatives battle it out for the seats that the Liberal Democrats are most likely going to lose.

He said: “Realistically, The Lib Dems have no chance.”

But, more importantly, who does Dave reckon Nottingham is going to vote for?

“Predominately Labour, but with the east side of Nottingham voting more Tory, the student population has a massive impact on who Nottingham wants in parliament.” 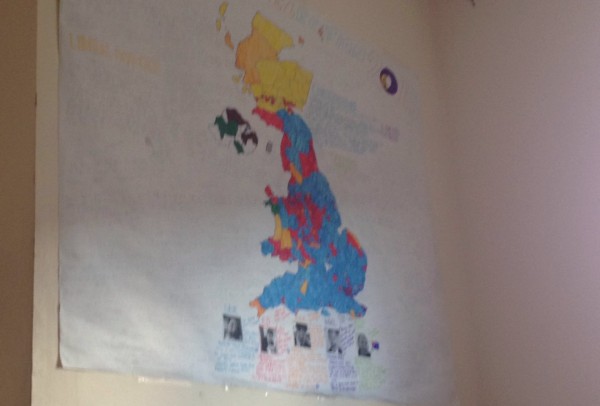 Thankfully, this colossal effort hasn’t affected David’s social life too much, as he unsurprisingly told us “I wasn’t going out much anyway”.

And finally… Who is going to win the election?

“Essentially no one is going to have a majority, therefore we are looking at either a coalition or a minority government who will be weak and unstable.”

“I’m placing my bets on the Conservatives… just.”