A Popcaan gig was cancelled after just four songs

A Popcaan gig at Manchester Academy was cut short last night after police were called to reports that two men had been stabbed inside the venue.

Police were called to an incident at the 2,600 capacity Manchester Academy 1 venue just before 10:30pm with both men taken to hospital. Neither suffered serious injuries and no arrests have yet been made.

The Jamaican dancehall artist was supposedly only four songs into his set when he was taken off stage.

The adjacent University of Manchester Students' Union building, which also houses the smaller Manchester Academy 2, 3, and Club Academy venues, were placed on lockdown. 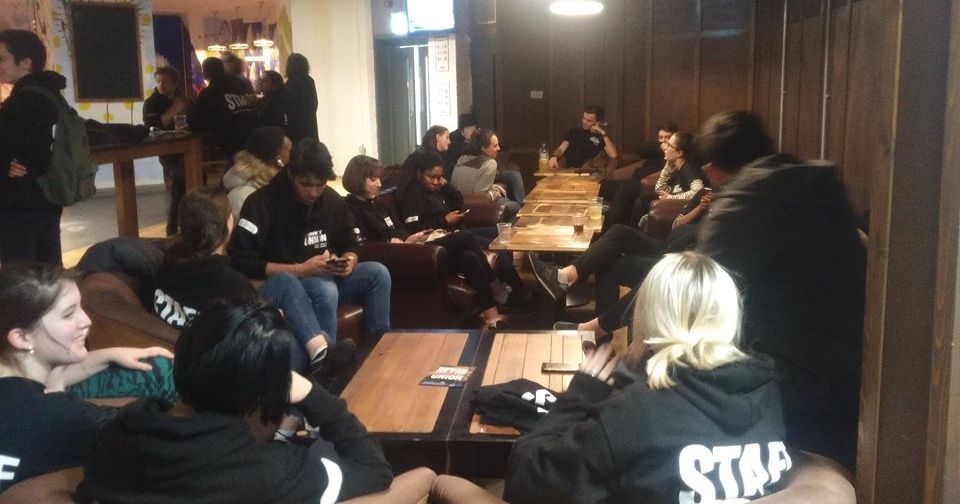 Students' Union staff, pictured above, reported at midnight that they were still not being allowed to leave the building.

A Manchester Reggae Festival event, scheduled to start after the Popcaan gig, was reportedly also cancelled.

So this happened at the Popcaan Concert… pls guys I was vex! He really just up and went and the band packed up☹️? pic.twitter.com/ZycCCPyA4Z

It's not known if events taking place at the smaller Academy venues were affected. CKY, The Springsteen Sessions, and Skengdo X AM were all due to finish between 10:30pm and 11pm.

Just yesterday, the Evening Standard reported than a man in his twenties was stabbed five times after a Popcaan gig at Wembley Arena.

A number of people who were in attendance last night shared what they saw on Twitter.

@PopcaanMusic sooo gutted gig was cut short, hoping everyone is safe from what seemed to be a violent incident

@TicketmasterCS what happened in Manchester tonight with Popcaan?? After only 4 songs everyone told to leave due to an outside incident?! Can I exchange them for birmingham tomorrow?

Stabbings in the Popcaan concert next door to the concert we were in. People can’t enjoy anything anymore

A spokesperson for Greater Manchester Police told The Manchester Tab: "Shortly before 10.30pm on Friday 7th December police were called to Oxford Road to reports that two men had been stabbed inside a music venue.

"Both went to hospital but neither suffered serious or life-threatening injuries. Enquiries are ongoing and no arrests have been made so far."

The University of Manchester Students' Union has been approached for comment.