Manchester Victoria station has been evacuated following two loud bangs, thought to have come from the MEN Arena.

The Northernassist Twitter feed alerted potential travellers that the station had been evacuated following an “incident”.

There are reports of a heavy police presence surrounding the area, and that transport lines from Manchester Victoria have been blocked. 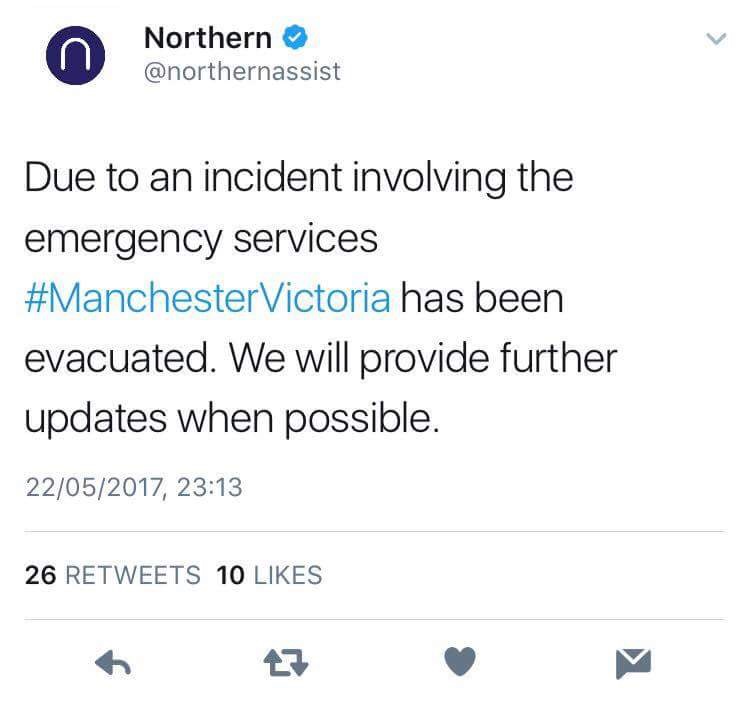