Woop woop it’s the sound of the fun police

In a plea to make the streets “safer”, local authorities are putting a curfew in areas of Manchester.

Last week, killjoys in a council meeting brought up the idea of a curfew and lockdown in certain areas until the end of the academic year

Now, after “extensive deliberation” by members of the authorities, Fallowfield and the surrounding areas will be on lockdown after midnight.

It also means that alcohol licenses will be changed so that after 11pm, no alcohol can be purchased from shops and bars. 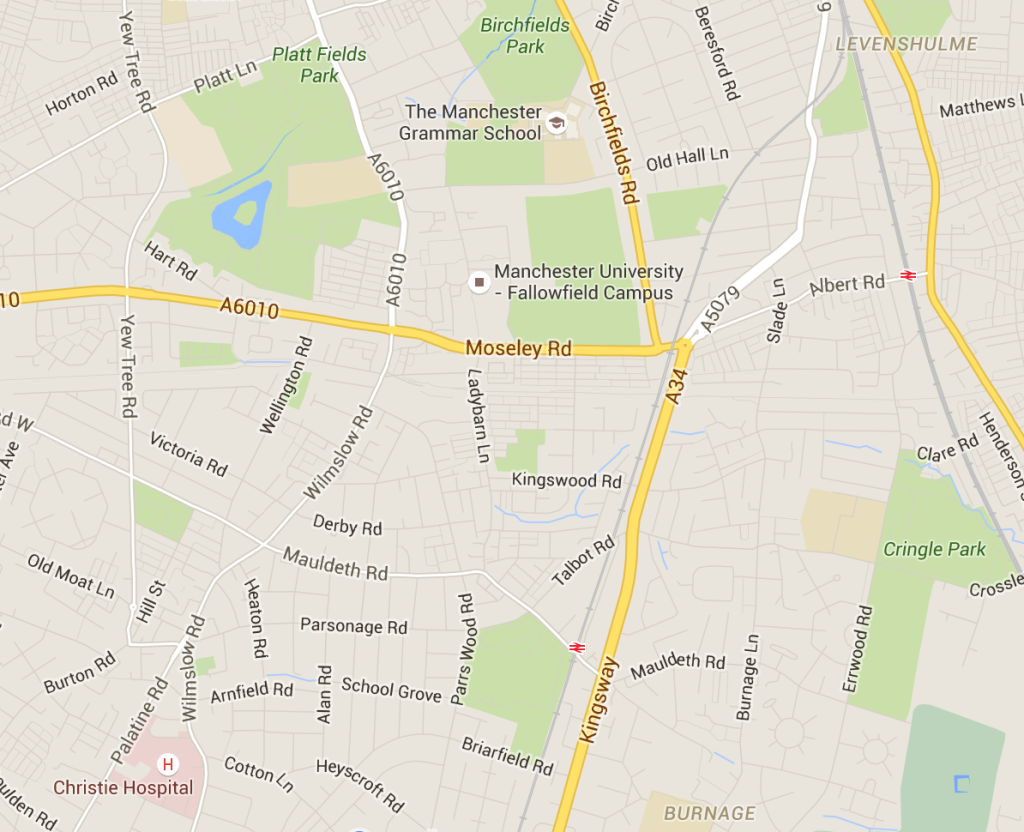 The expected area of restrictions

The decision was made after a number of complaints regarding a succession of burglaries and public attacks in the student area and the suspicion of the “Pusher”, Manchester’s alleged serial killer.

An inside source told us: “It’s an unbelievable step, particularly on a day like today. But the authorities feel it’s necessary.”

The current proposals state that after midnight, any Fallowfield resident, or visitor to the area, must be inside their own residential property, including rented properties. This assumes that it’ll be difficult to hold house parties. 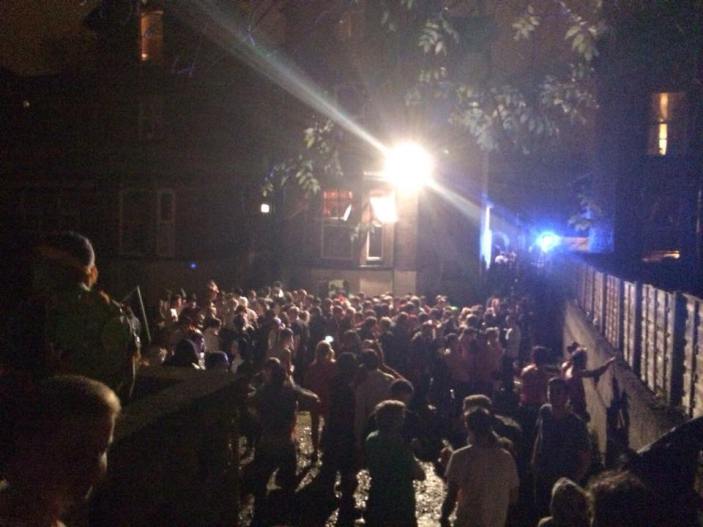 The guidelines also declare disciplinary action for anyone found in breach of the curfew, including shops and bars found to be selling alcohol after the stated time. Online it reads: “The curfew will be implemented with no leniency and anyone found to be contravening the new rules will be made aware to the authorities, and dealt with accordingly.” 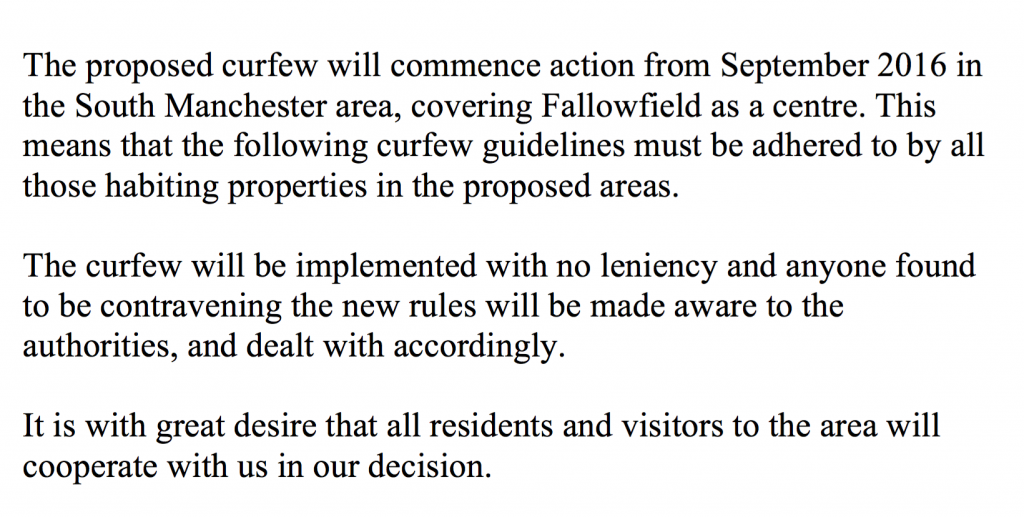 Outraged by this news, second year Alex told The Tab: “This is a bad move. There’s no way the authorities can stop us having a mad one and claim it’s for our own safety.”

Defending the decision, Flora Lipos, a spokesperson from the council said: “We understand that this new legislation will cause a little unrest from residents in South Manchester whilst we endeavor to introduce it.

“However, it is undoubtedly the best solution to the safety issues we’ve seen of late in Manchester. [The council] have been inundated with complaints about burglaries, public attacks and even noisy house parties, and this curfew will aid in our efforts to regain safety for residents.

“We hope that residents and students alike will cooperate with us as we finalise the proposals.”