London’s done good in one of them table fings again.

Our lovely city has finished second only to Paris in the latest survey of the Best Student Cities, narrowly losing by two points to the French capital.

The news might come as a surprise to UCL students bemused by soaring fees, questionable living conditions and having to pay four quid for a pint of bitter.

One must possess bare dollar to reside here.

Manchester and Edinburgh were the two other British representatives to make the top 50, with cities judged on aspects such as affordability, university rankings and employer activity.

Only those with a population of over 250,000 and two QS ranked universities were counted, leaving top student cities like Leeds, Sheffield and Cardiff in the dark.

It is surely a credit to London that it still manages to excel in such tables when fees in countries such as Germany are around twenty times lower.

The quality of universities (UCL 4th in the world alert) and employment prospects has, however, paid off for the city in the face of scrutiny regarding affordability, which received a mark of just 41%, the sixth lowest of the 50. 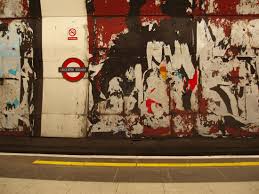 London looking like it could do with a wash.

London also scored highly in the “student mix” category which assesses the student body and the volume of international students.

Lord Mayor Boris Johnson put the success down to the sheer number of top class universities within the city before praising the transport and infrastructural investments currently being made.

Aside from its obvious merits, Paris secured top spot by having “relatively low tuition fees” and access to a wide range of employers.