Prince Harry and Meghan Markle are in Edinburgh right now

I wanna be part of this relationship

Prince Harry and Meghan Markle are currently in Edinburgh as part of their pre-wedding tour around the UK.

The royal couple visited Edinburgh castle this morning, where they were greeted by the Royal Marines Scotland Band, and even a Shetland pony! 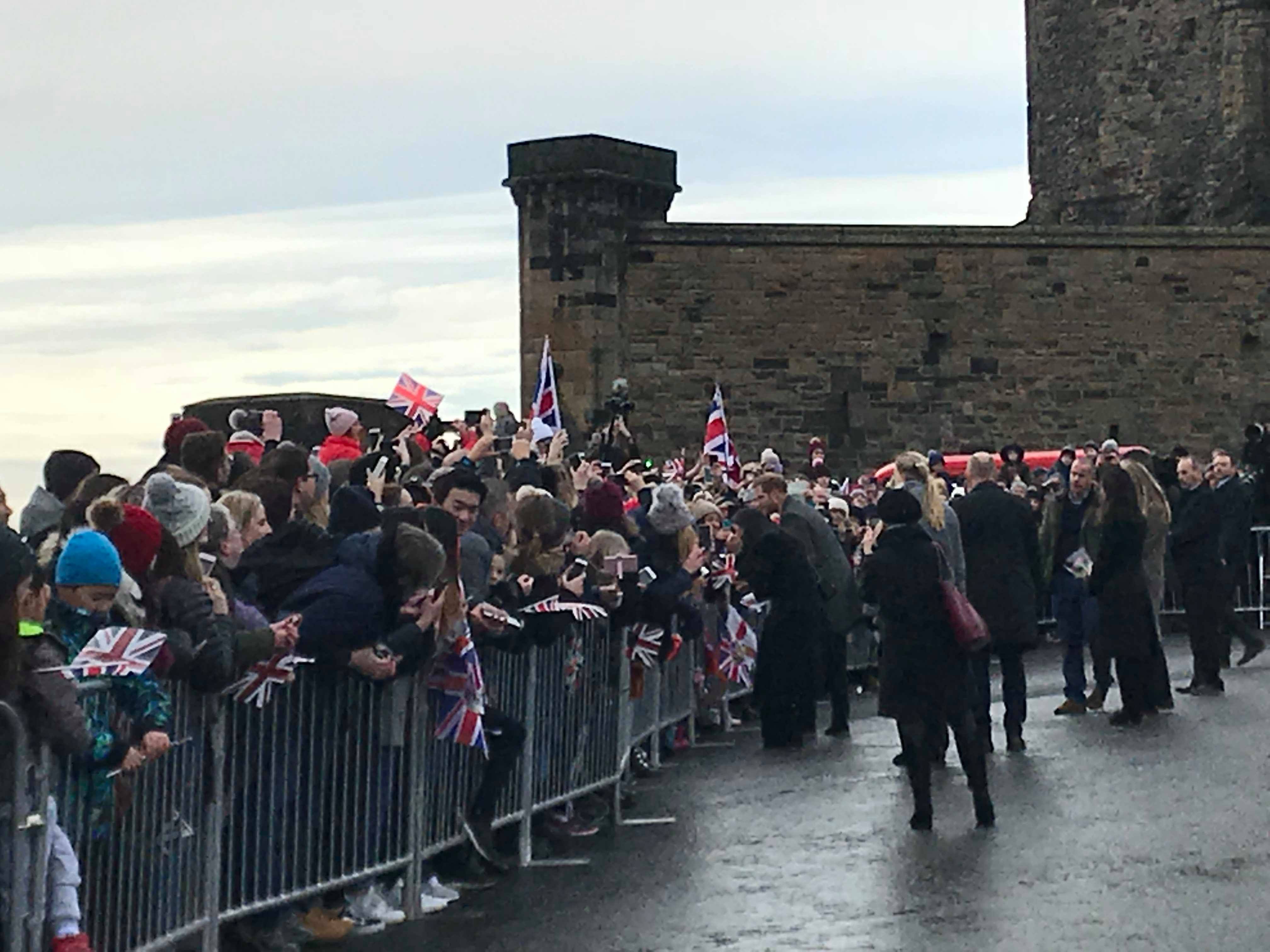 Meghan and Harry greeted the crowds at Edinburgh castle

According to Twitter the Shetland pony, which is the British army's Royal Regiment of Scotland official mascot, tried to bite Harry, which according to eye-witnesses Meghan found hilarious.

Prince Harry and Meghan Markle meet a Shetland pony during their first official visit to Edinburgh, Scotland, on Tuesday. pic.twitter.com/4JENIR25Lu

Afterwards they went to Social Bite, a cafe which makes over 100,000 meals for the homeless in Scotland each year, and employs those who used to be homeless themselves. 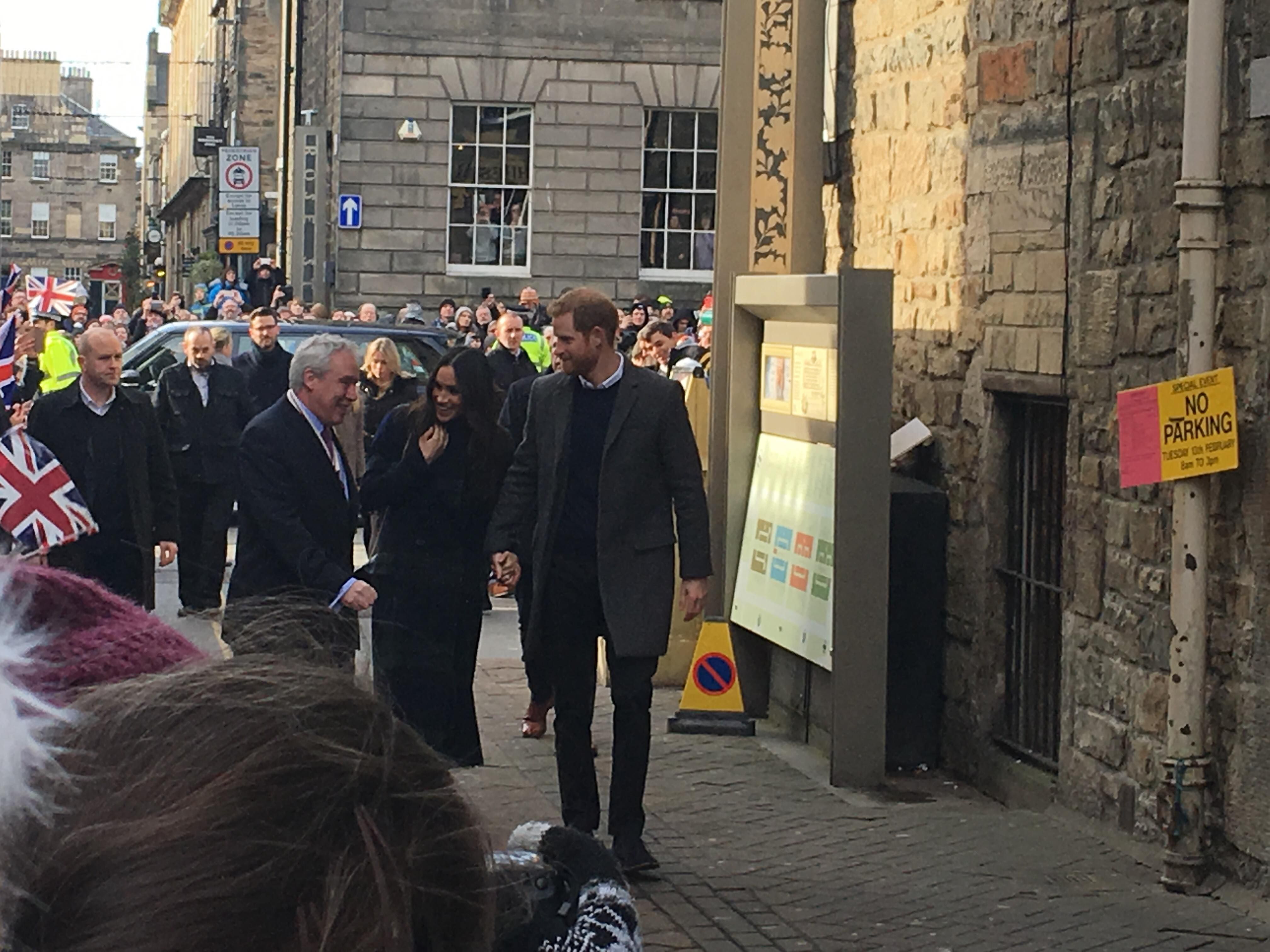 Harry and Meghan then went to Social Bite

Approximately 300 people were waiting to see the pair. One woman at the front of the barrier had travelled all the way from Canada, and another pair of sisters had travelled from Newcastle to see Megs and Haz, where they continued to sing "Harry we want to marry you." 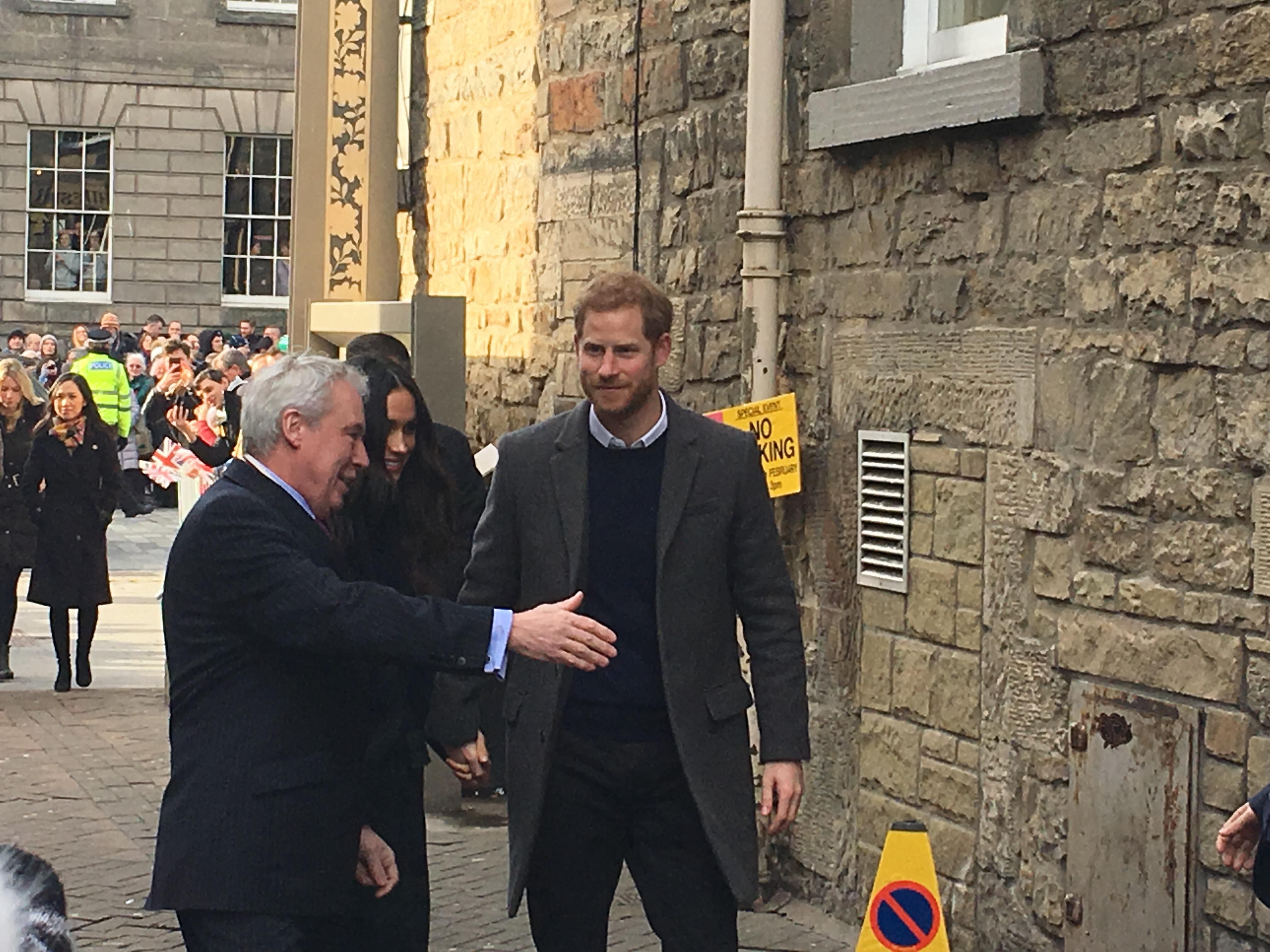 They didn't do a meet and greet, but were close enough

During their trip to social bite, Harry and Meghan met the staff and toured the kitchen. 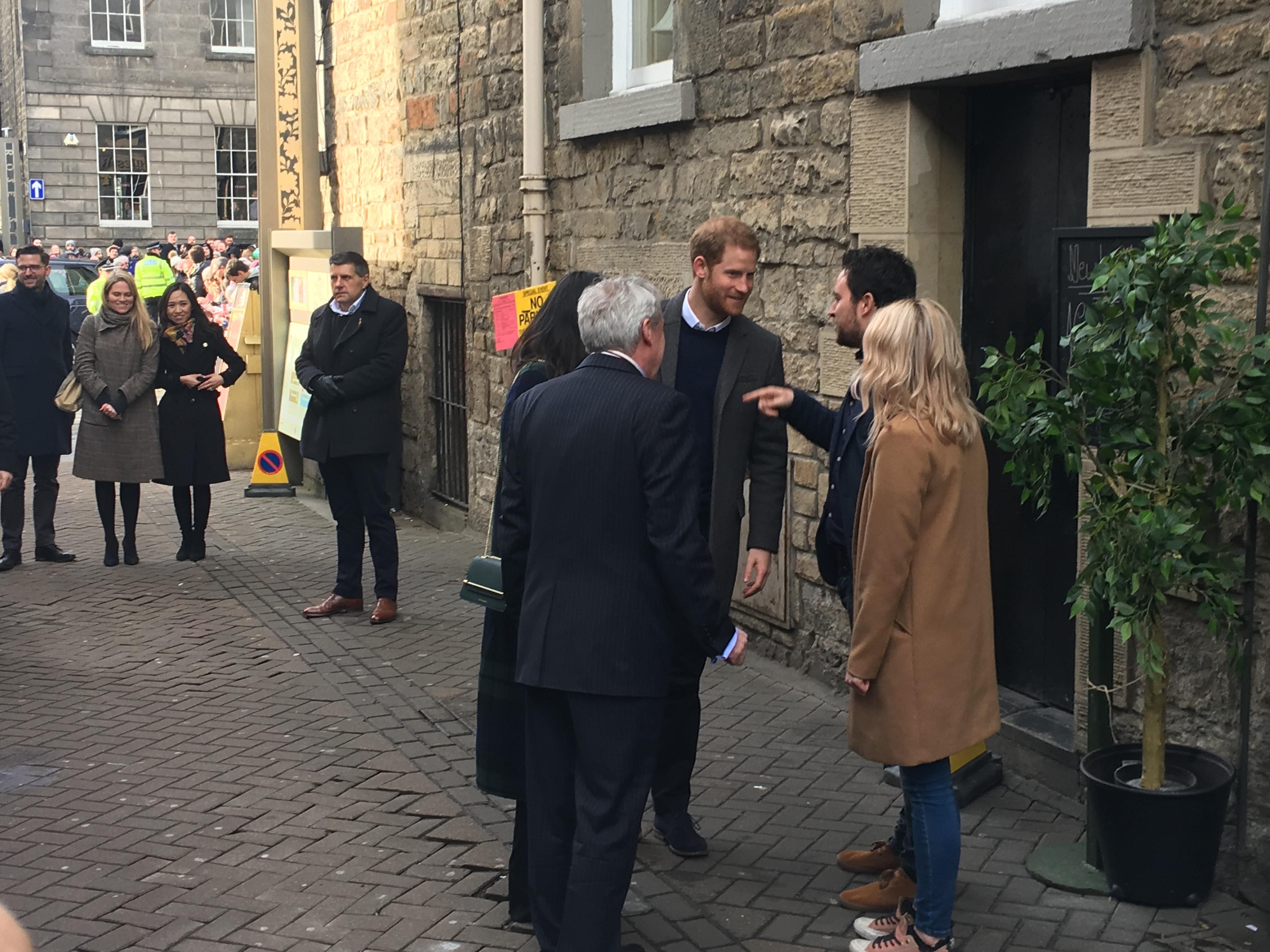 They're not the first celeb couple to visit Social Bite, with Leonardo DiCaprio and George Clooney making past appearances. 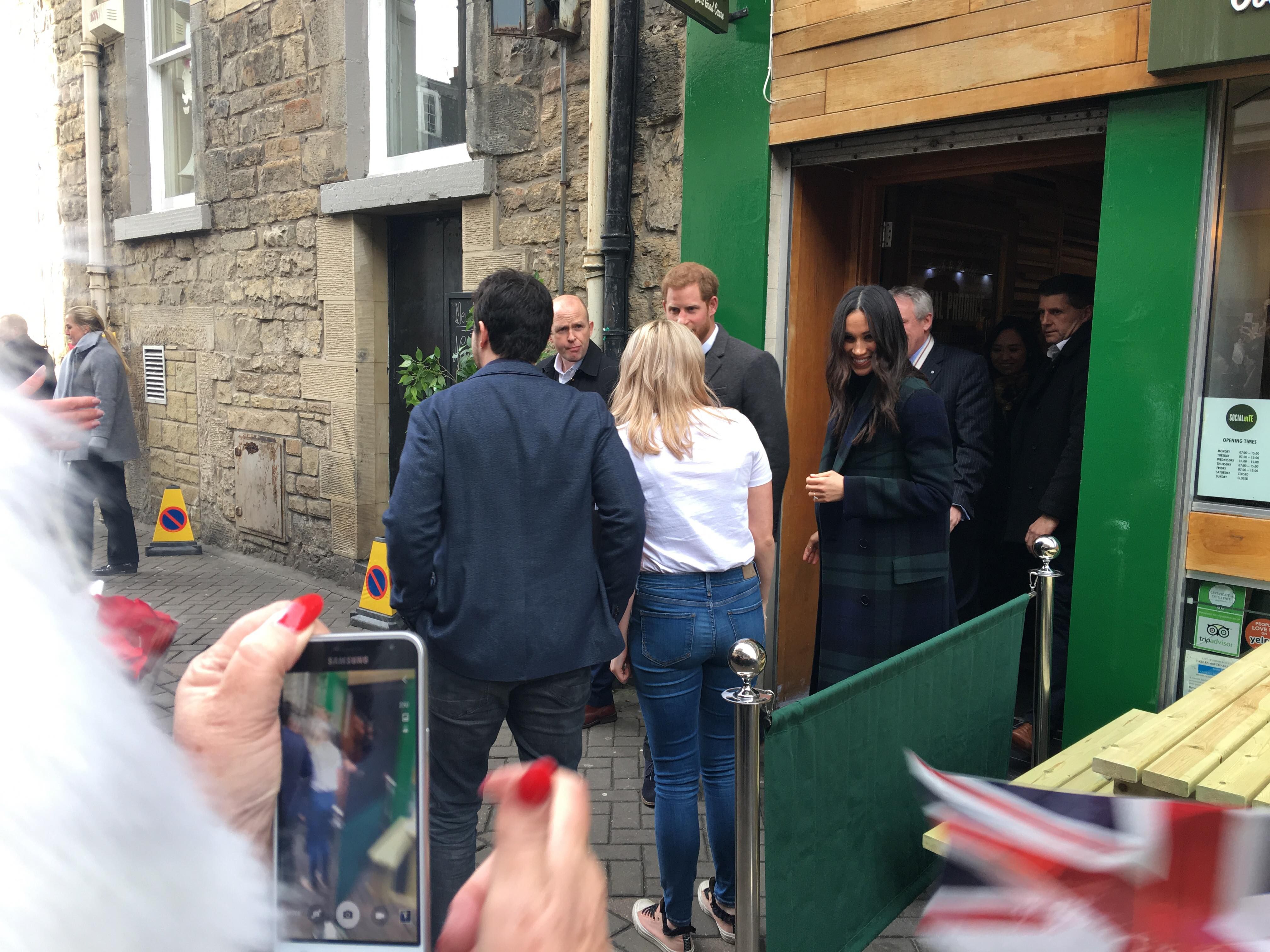 SHE'S LITERALLY STARING RIGHT AT ME

For those wondering what the couple were wearing, Meghan was wearing a tartan Burberry check coat with trousers and suede boots, and Harry looked dapper in a grey jacket. 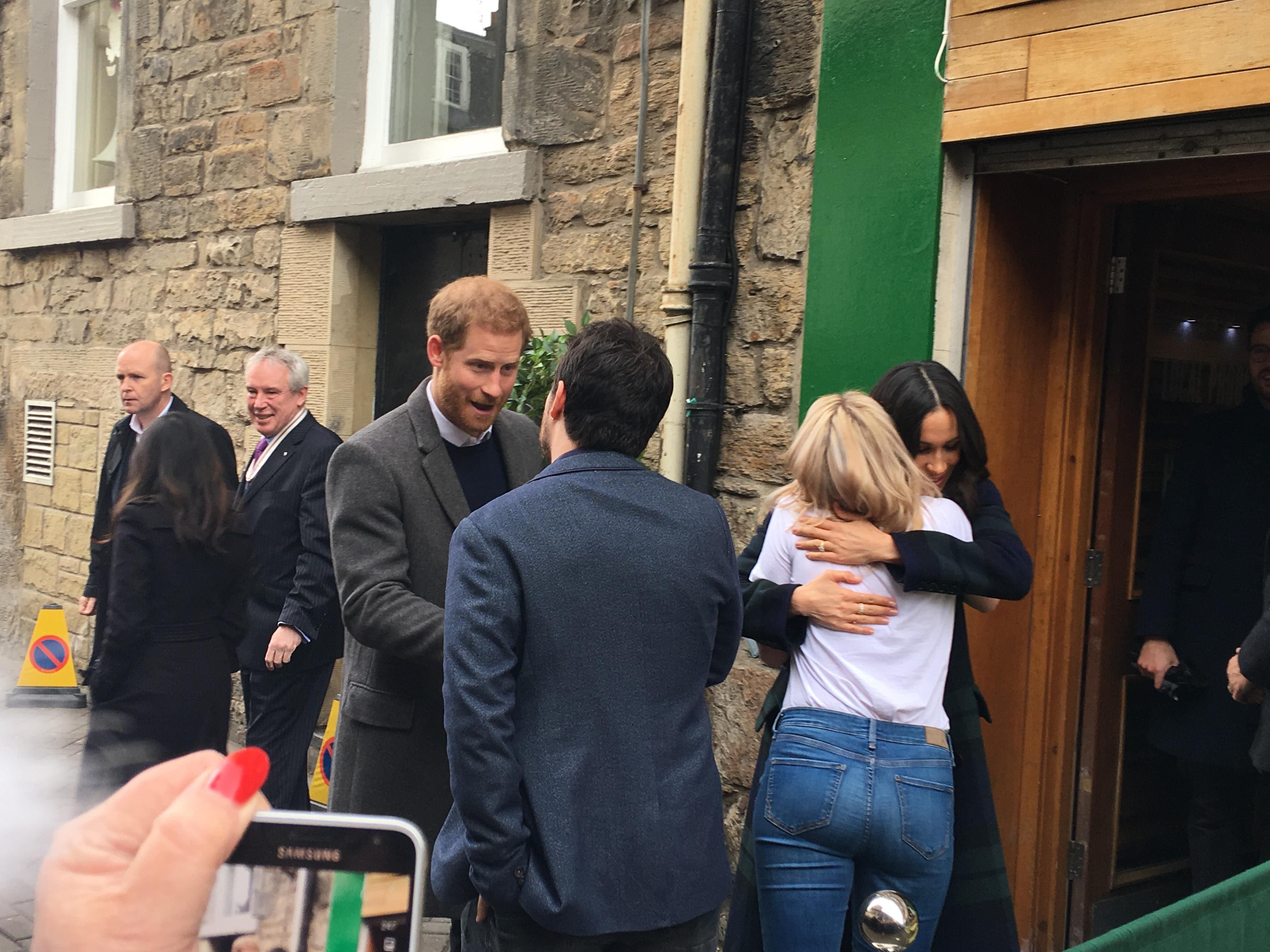 Their trip to Edinburgh is the couple's fourth public appearance together, after visits to Nottingham, Brixton and Cardiff.

They will finish their trip in the Palace of Holyroodhouse to celebrate Scotland's Year of Young People.