“Someone shouted ‘let’s just rush it,’ and everyone charged at the door”

Monday night was the launch party of Juju Club at George Street night club Opal.  Whilst many people had a great time, the night wasn’t without its trials and tribulations, as riot police were called in to control the crowd and money was stolen from the creators.

A glance at the Juju Facebook page, and it’s clear that the night really went out with a bang: 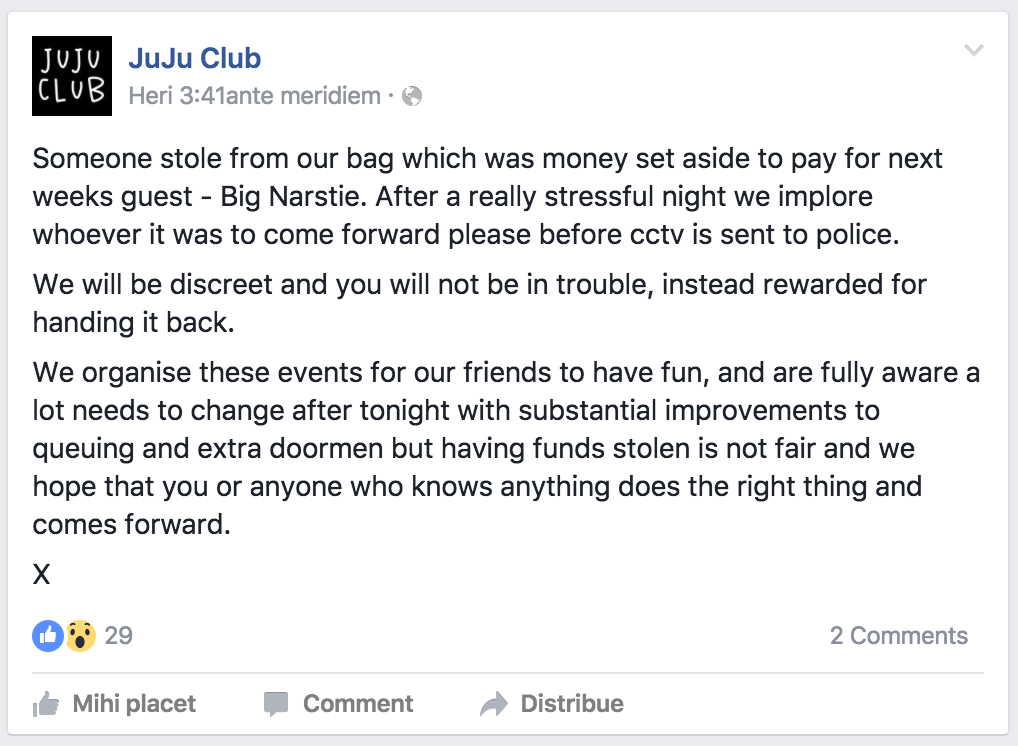 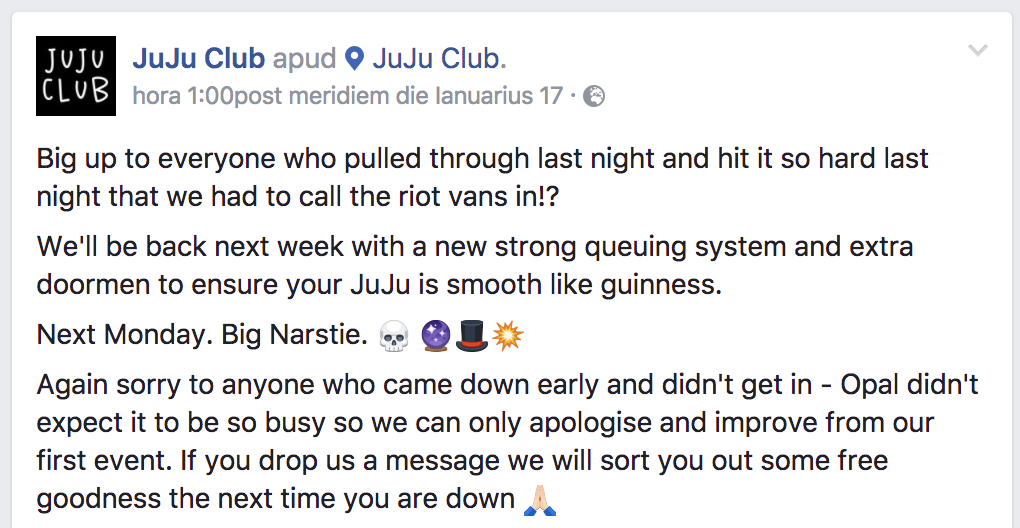 Riot vans and theft?  Doesn’t quite sound like your average Edinburgh club night.

Speaking to The Tab, two of the creators of Juju, first years Charles Berg and Joe Kleeman said: “There was quite a lot of traction before the night, but when we woke up in the morning, loads of people had started posting on the Facebook page for guestlist, and by the end of the day we had a list of guests over the club’s capacity, which we were absolutely astonished by.

“When you’re running a night, you want as many people as possible to come, but we didn’t ever think we’d be dealing with breaking capacity so early on.” 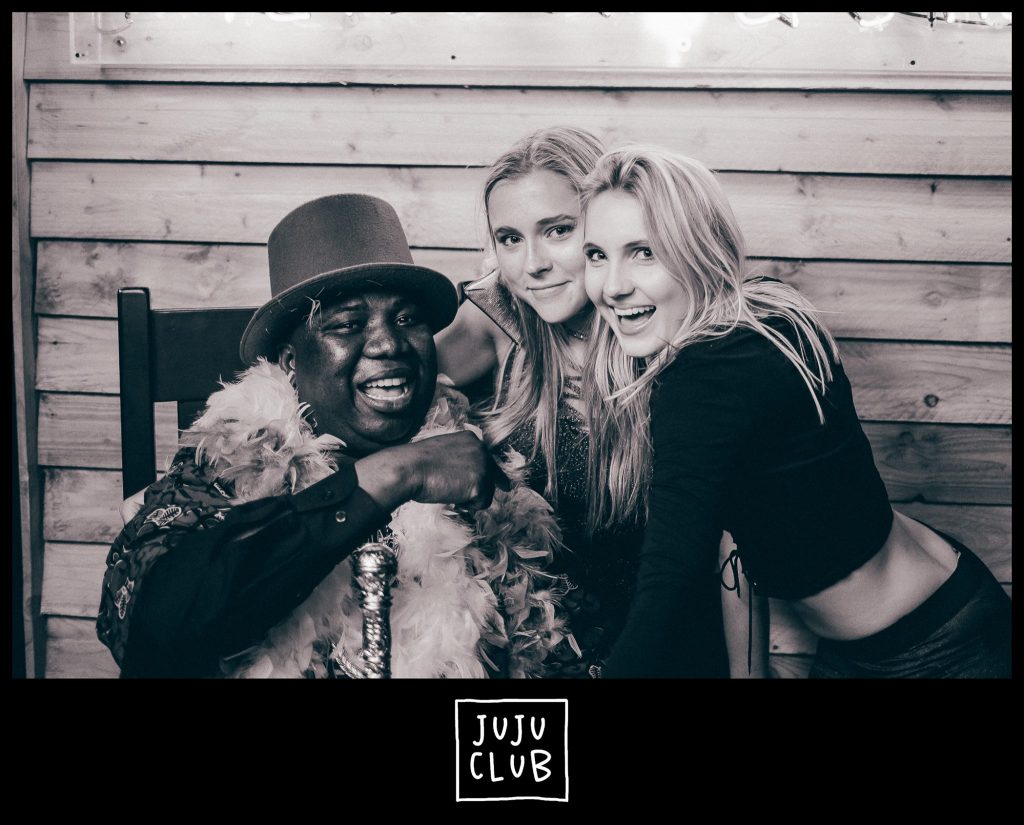 With this enormous hype built up, the club owners informed Opal that they were likely to be dealing with big numbers, and were assured that events of similar sizes have run there before.

However, according to the creators of the night, this simply wasn’t the case and by relatively early in the night a queue was sprawling over the street, far bigger than the security could handle.

“So many people turned up they had to actually close the doors and part the crowd.”

“People saw a couple of promoters going through the queue skip, so people from the back started piling round then someone shouted ‘let’s just rush it,’ and everyone charged at the door, with only four bouncers to actually hold people back, and when that happened the police had to be called to disperse the crowd for safety reasons.”

A Police Scotland spokesman said: “Officers attended at a licensed premises on George Street at around 11 p.m. on Monday 16th January to assist door stewards with crowd control following reports of people causing a disturbance outside the venue.”

“No crimes were observed during this time and appropriate advice was given to the management on site.” 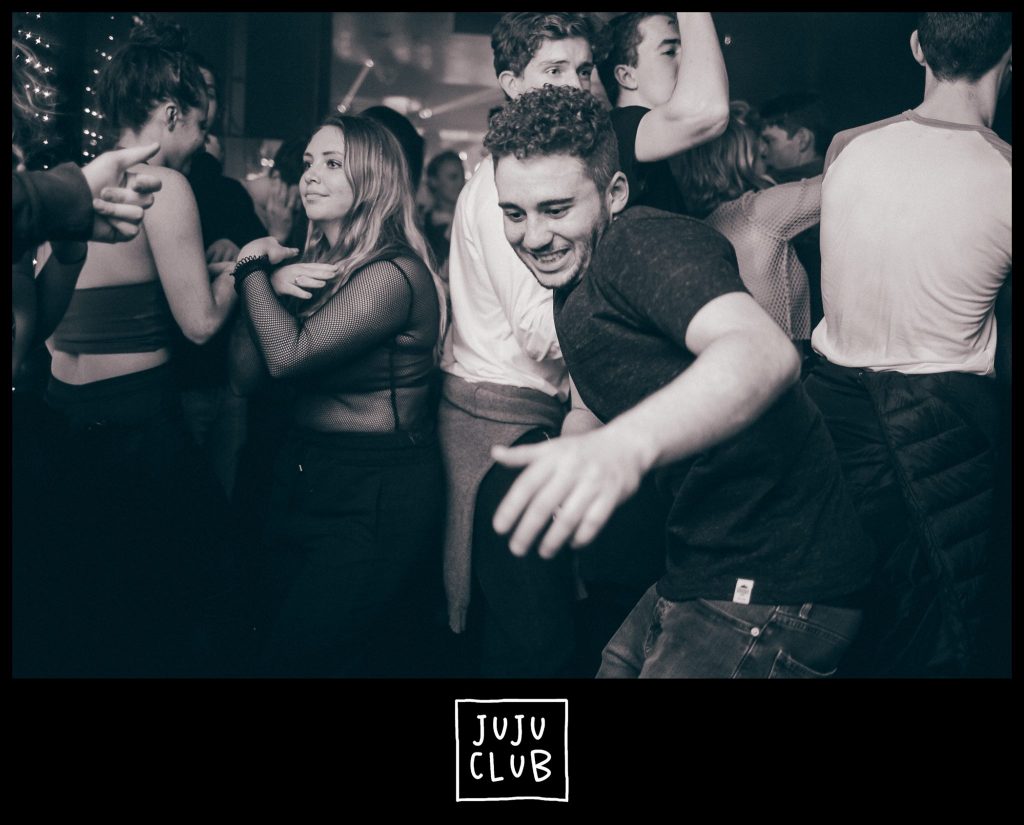 There had also been rumours flying around as to what had happened with the money that was stolen, as a CCTV image was circulated on Facebook.

When asked about it, Berg and Kleeman told The Tab: “When the police arrived, one of the clubs creators had to rush outside and see what was happening, and a bag of around two thousand pounds, which had been set aside for paying for acts, was left inside the club.

“Somebody then went into the bag and stole some of this money.”

The following day it was then anonymously returned to the room of someone in Chancellors Court associated with the club.

It is still unclear who stole the money, but according to Berg and Kleeman: “We aren’t making any accusations, we’re just glad its been returned.” 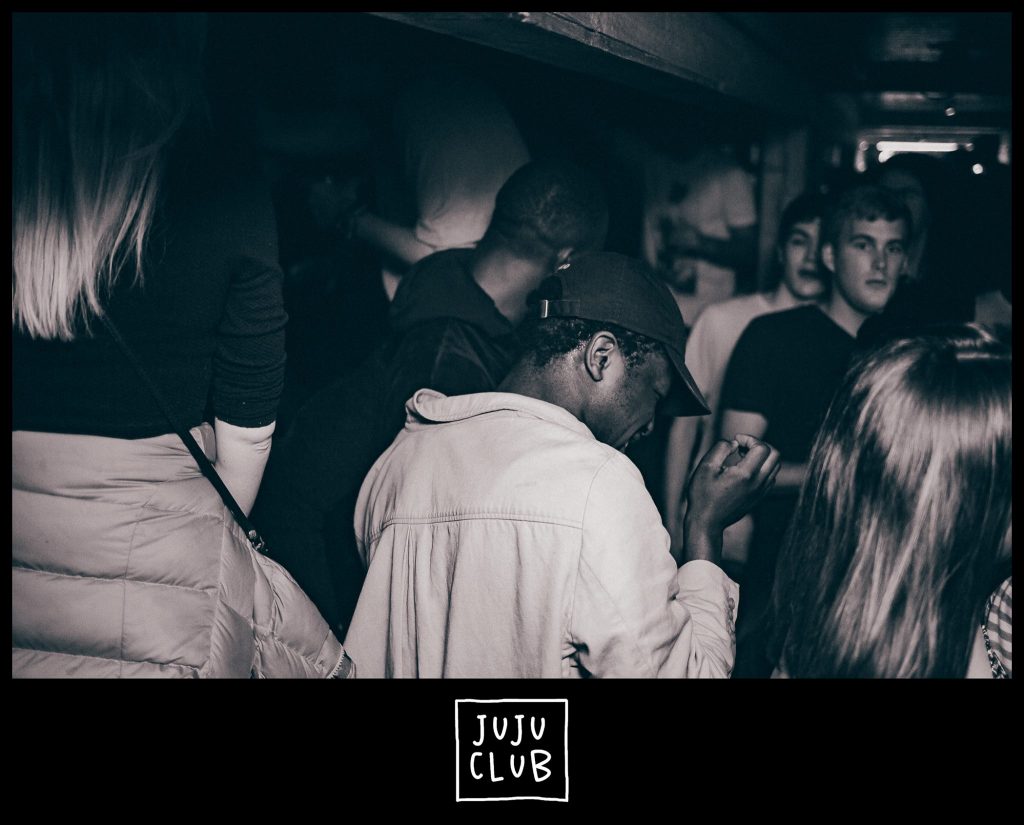 With the events of last week now in the past, Berg and Kleeman are now focused on sustaining the hype Juju has gained for the weeks to come, and with acts like Big Narstie, Shogun and the Weaver Brothers already announced, it’s hard to think they won’t.

“Next week we have 10 more door staff, an extended, safer queuing area, a new queuing system, an RA scanner for tickets.  Everything should be safer, smoother and quicker.

“Juju is going to keep changing every week, expect a ball pit, dancers and more decor in the weeks to come.

“We’re really focused on keeping it student orientated, with cheap entry, cheap drinks, and a good range of student DJs.” 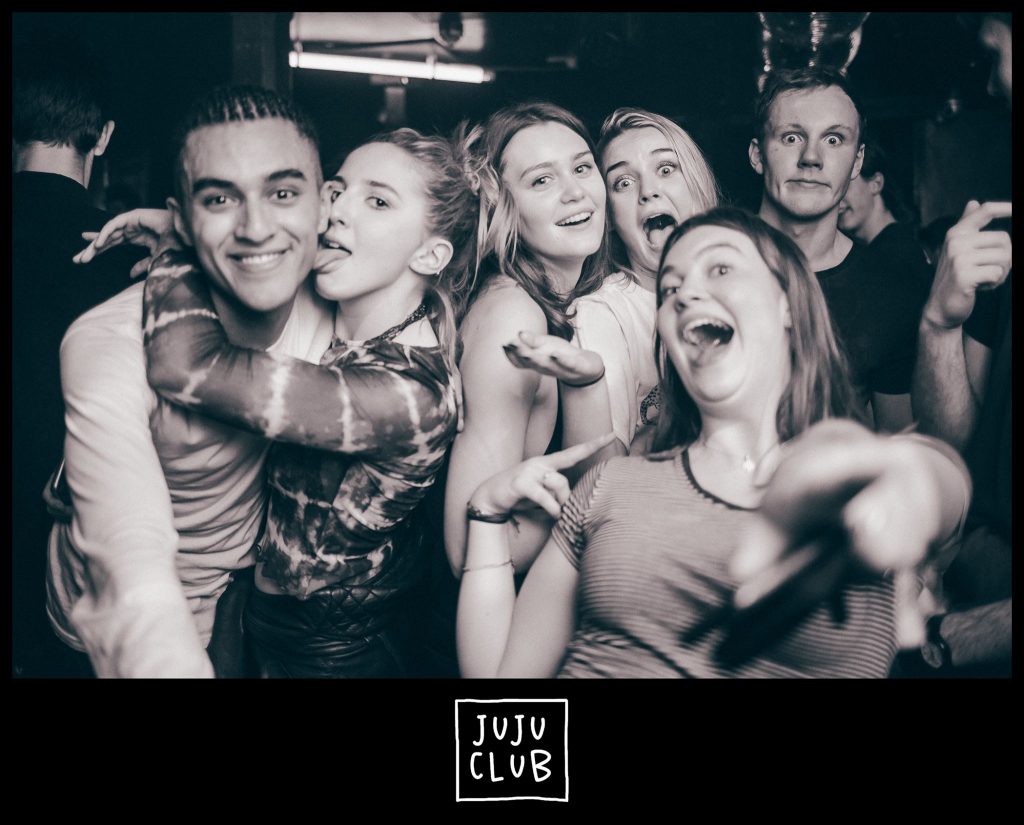 When asked why they thought their night had gained so much traction on the Monday night, which is traditionally dominated by WhyNot, a club which has been running for seventeen years, their response can perhaps explain the hoards at the door.

“These clubs get very monotonous, we offer something different each week, a big variety of acts, DJ’s and new and exciting aspects to come in the club- dancers, ball pits, more acts to be announced.

“We’ve been emailing so many acts and DJ’s, we’re really interested to keep it fresh and different every week and bring something entirely new to the George Street market.”