Who’s Who About Campus: Part Two

After a long hiatus ( possibly fear driven), Edinburgh’s Who’s Who About Campus is back .

This time we have two abstract members of Edinburgh’s social landscape, rugby playing Rory Mckenna and the exotic Athena Loizou. 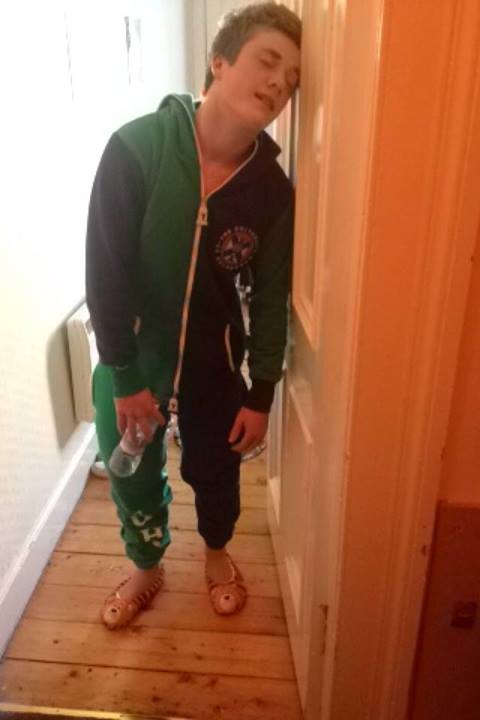 A man and his onesie

Subject of Study: Economics and Politics.

Hobbies: General yobbing of people much larger than myself on a rugby pitch, creating and intensifying horrific divisions between northerners and the civilized part of the UK, paying for milk, Bus Skite, Skiing (Not just a one trick pony).

What makes you tick: Skite, the hunt, abuse of freshers, 90’s classics, The Iron Lady.

Favorite Moment at Edinburgh University: The emulation of the Ravens Cup run by the EURFC 2ndVX in the season of 12/13.

Favorite Meal: A home cooked Sunday roast with a bottle of Bordeaux…or two.

So basically…. Although prone to fits of insanity and aggression this Southern beau is generally a cuddly and deeply intellectual being. Happy in most situations assuming he is well fed and watered, the ‘Kenneth’ is willing to debate any and all manner of political viewpoints given that he has an ample supply of Bordeaux.

Place of Origin: The land of the broken economy ( Greece)

Subject of Study: How to make egg fried rice and turn a profit (i.e. Chinese and Economics).

Hobbies: Pretending I’m brown and dancing to Indian music, cooking like I’m on masterchef,  yoga(h), spiritual chats, photography to unlock my creative side.

What makes you tick: a pen and an empty box to check.

Favourite Moment at Edinburgh University: Getting ill in first year and going to hospital only to be visited by my entire netball team and friends from halls… or when I was voted most brown person and keenest member in Bhangra… the day I understood the waitress at the Chinese restaurant.

Favourite Meal: Athy’s porridge ( which could consist of a variety of concoctions, with raisins and carrots and spices and honey and the list goes on).

So basically… This exotic female can be found anywhere in Edinburgh but mainly at Bhangra practice or heckling local chefs for mini-internships. She rarely stops moving due to her hyperactive nature but has not inherited the fiscally irresponsible ways of her home peoples.

If anyone else would like a character assassination please email in .