One reads “My university doesn’t want me here”

Durham's #RippedOff campaign has gathered attention this morning with the appearance of posters on Kingsgate Bridge, which have been hung in protest against the University's rising accommodation costs.

Today, Wednesday 16th October, is the National Day of Action against the Student Housing Crisis, hosted by Rent Strike, prompting the response from Durham students outraged by current rent prices.

The Durham Students' Union are responsible for the stunt, and this morning tweeted: "
Hey @durham_uni. How about you stop ignoring students on accommodation fees?", alongside images of the banners.

One banner, written by a Trevs student reads "My university doesn't want me here", whilst another, created by a student from Castle, says "I feel isolated, like the uni put profit before wellbeing".

Durham Police were also in attendance at the scene of the protest, with one witness telling The Tab Durham: "At first, the police seemed to have gone to the wrong bridge. Earlier, I saw them walking along Elvet Bridge trying to find people, and then I watched someone point over towards the SU, as if to say 'there they are'". 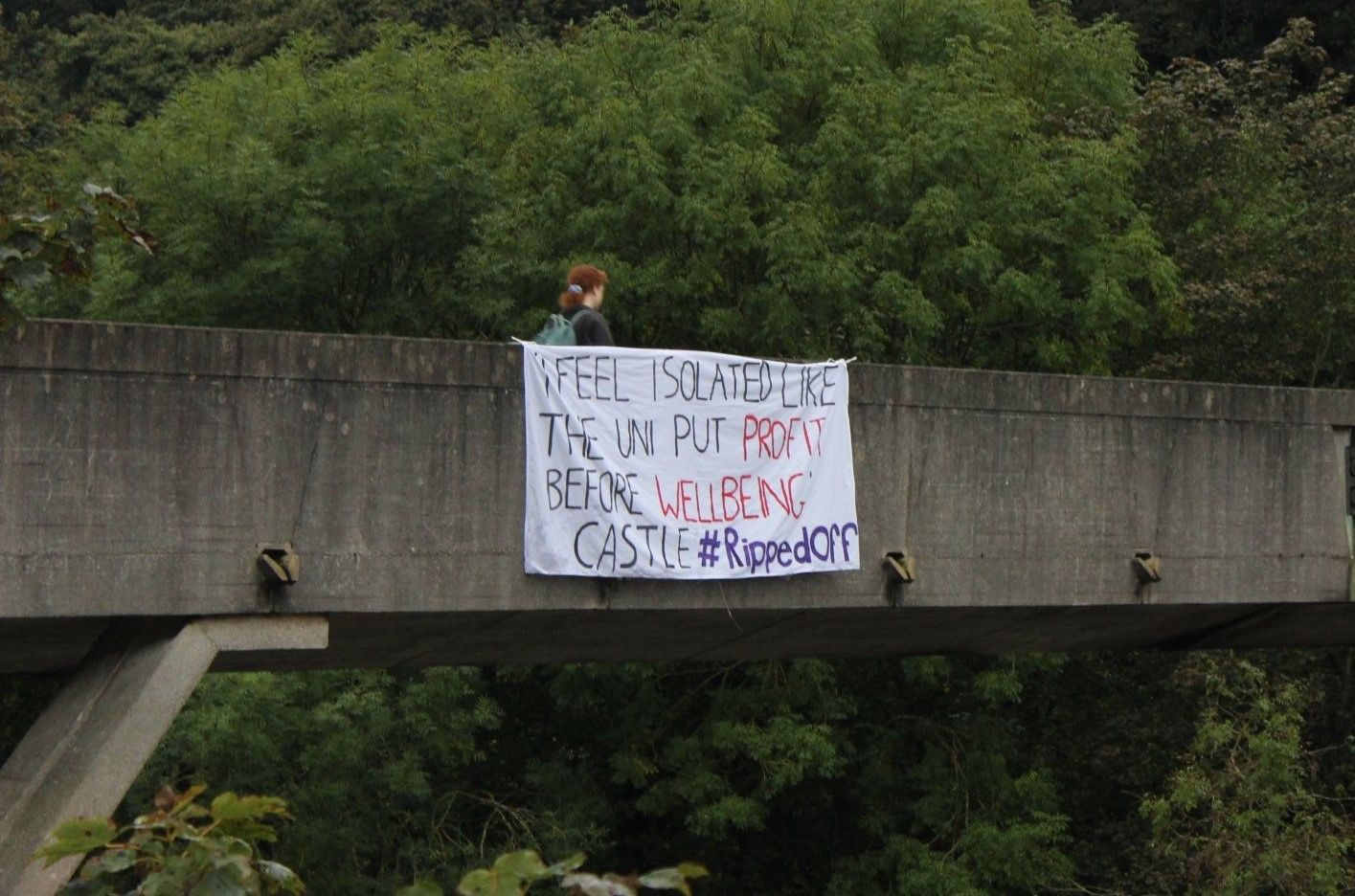 The #RippedOff campaign is one that has gained a lot of momentum in recent times, highlighting the extent to which students are feeling increasingly priced out of living in college. Rent prices have increased year upon year, making Durham an unaffordable option for many whose student loans cannot adequately subsidise their accommodation.

In Easter Term last year, former SU President, George Walker, submitted a report which calculated Durham's current living costs, as well as providing steps that need to be taken to make the University a more affordable place to study.

You can find out more about the Durham #RippedOff campaign, and how to get involved on its Facebook page here.