A tale of two plays

Somewhat ironically, there was an actual child in the audience at this production of Yerma, and all I can say is I hope he’s ok and there was some sort of reason for him to be there, because this is not a family-friendly play.

One of Spanish dramatist Federico Garcia Lorca’s best known works and undergoing something of a revival in the past few years due to a much-vaunted production at the National starring Billie Piper, Yerma is the story of a woman desperate-but unable- to have a child, and the fractures this causes within her. Over two hours we see her transform from a wife attempting to dote on a seemingly work-focussed husband to a woman cruelly, maniacally obsessed with a forlorn hope- and Amara Heyland-Morrin’s production draws our attention throughout. 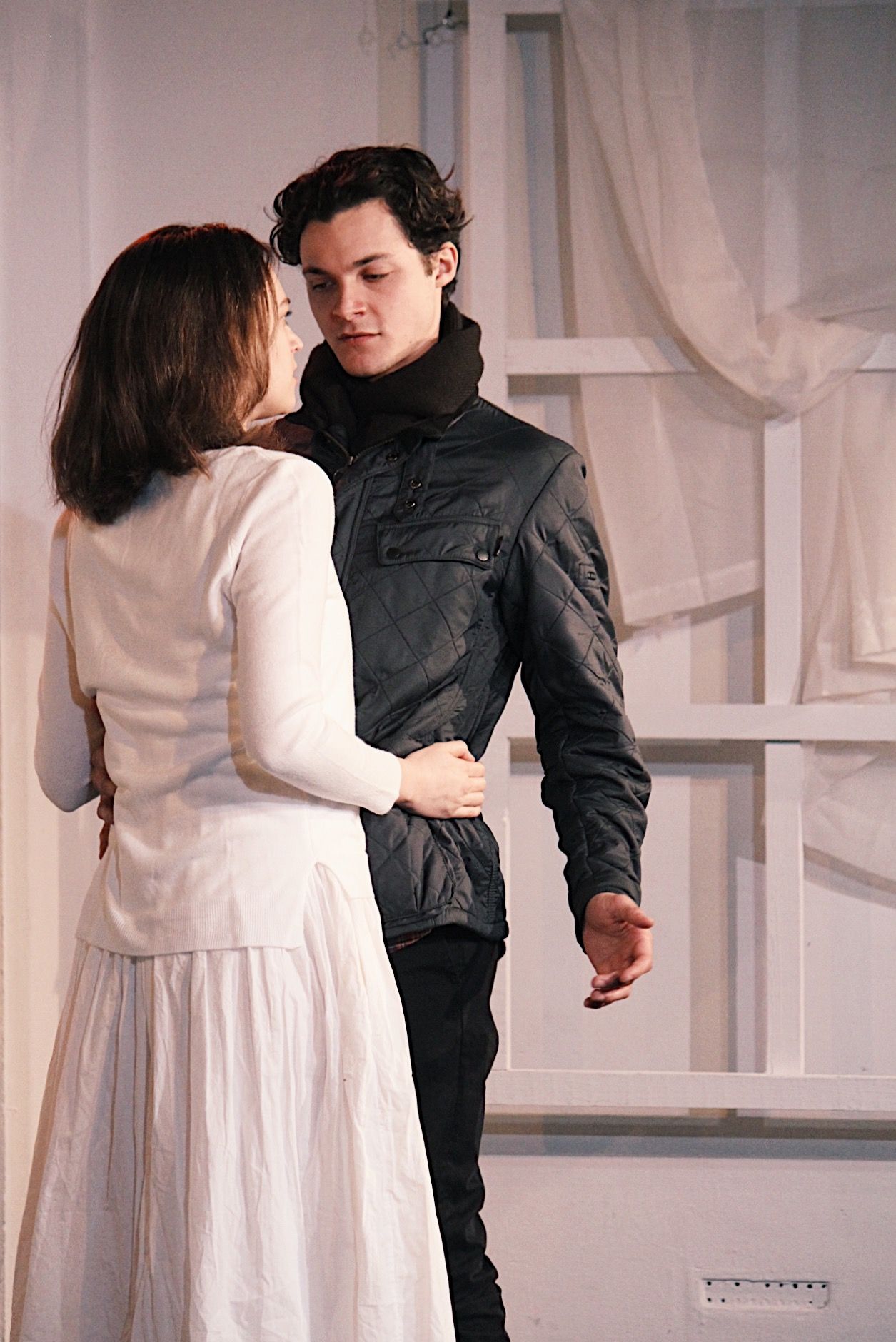 Annabelle Haworth shines as Yerma: although it would have been easy for the character to be unsympathetic and unrelatable to an audience full of students (most of whom would commit crimes not to have children) she is deeply and heartbreakingly likeable, clearly a genuinely caring and joyous person before her marriage leaves her hollow and embittered. Likewise, Harry Burke does wonders in a fairly limited role as Victor- just dashing enough for us to see what Yerma does in him without over-acting the role of the “other man”, his warmth and sincerity were the perfect counterpoint to Gabriel Wheble’s icy composure as Yerma’s honour-obsessed, dutiful husband.

The three work beautifully against each other, their chemistry palpable in Corpus' confined space. 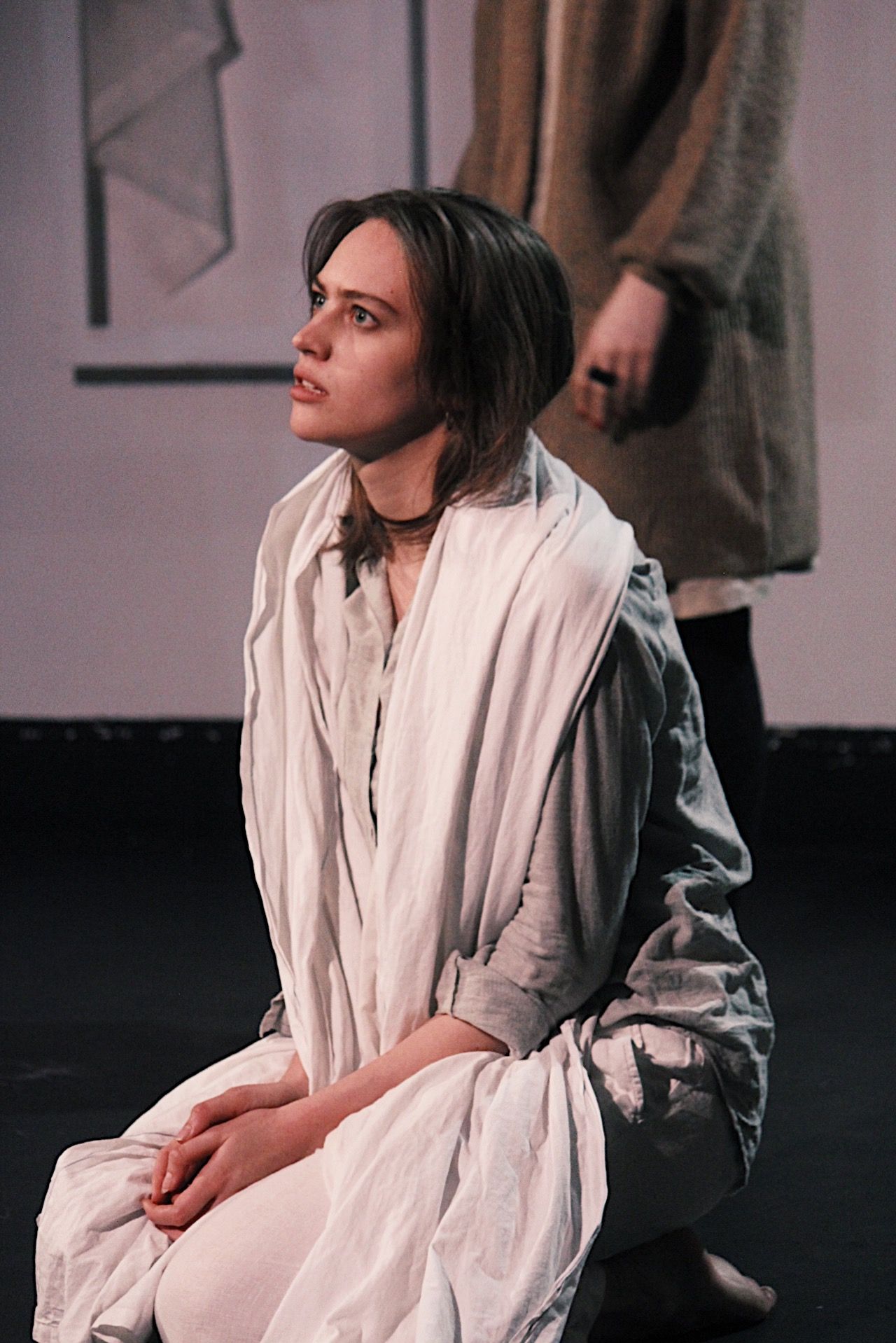 Yet despite these performances, something about the production felt off- perhaps it was the lengthy blackouts in between scenes, in which the characters moved the set around in semi-darkness whilst we wondered if this was all intentional. It felt disjointed and ruined the impact of the ending, which felt arbitrary and rushed- in addition, since there had been so many blackouts already we had no idea that the play had ended. In fact, it almost seemed as if there were two plays happening in front of us.

Half of the cast seemed to be aiming for a more stylised mode of acting, whilst the three central characters were more naturalistic (and therefore more affecting)- whilst both were well carried out, the overall impression seemed somewhat muddled.

There were moments of absolutely gorgeous blocking – the river washing scene, for example, or the opening piece of physical theatre, or the final scene between Yerma and Juan, the latter of which almost took my breath away. Yet whenever the full cast were assembled on stage there was something perfunctory about it- compelling on their own, crowded as a group.

The instrumental music was stunning, hauntingly beautiful and evocative of a greater Spanish folk tradition- fitting as Lorca was one of the great folk songwriters- yet some of the group choral pieces felt a little flat. Another disparity was the lighting design: the overall design was so well crafted for the piece and it was lovely to see projections being used, but in actuality the execution meant that the lighting switched so suddenly and often seemingly for no reason that it seemed jarringly abrupt. 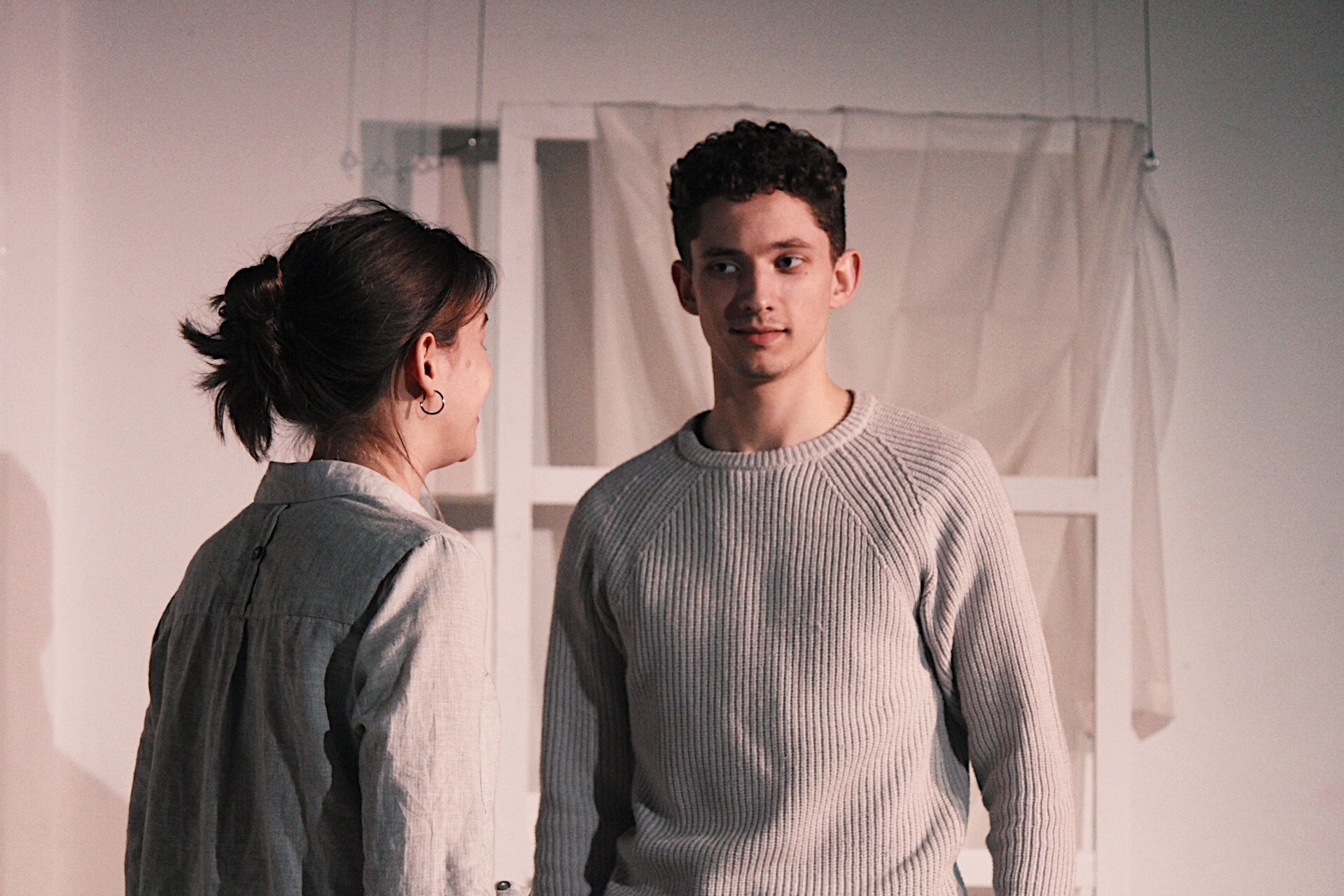 As expected from the beautiful publicity, the costume and set design were understatedly perfect- the walls transformed into a simple house with wired hauze curtains constantly “blowing”, as if to represent the chaos sitting beneath Yerma’s skin, the costumes almost the same colours as the Spanish tierra, impossible to date yet instantly evocative.

This is not to say the production isn’t affecting: it is, deeply so, and that perhaps is the whole problem. The moments of absolutely brilliant theatre serve to throw into sharp relief the moments when the ball is dropped slightly- and since we know they can do it so well it just stings.

All images including header courtesy of Becky Teagles.