How to get turnt up turning 19 in Cambridge ft. Gaga and HSM remixes

Taking my straight friends to their first LGBT club night

Three weeks in and I finally managed to drag (pun not originally intended but upon reflection I'll roll with it) some of my newly found Cambridge friends to Tuesday night Glitterbomb at Vinyl. While the main purpose of such a fabulous excursion was some much needed birthday celebrations, it was nonetheless the perfect opportunity to pop their LGBT club outing cherries in the process!

Read on for some advice on how to have the best night out in Cambridge, and perhaps even for some persuasion to delve into LGBT clubbing yourself.

It's 8PM and you've just got out the shower. If you haven't, you better jump in there ASAP! Why, you ask? Well, apart from the obvious hygiene reasons if, like me, you suffer from what's known as SCHS (severe curly hair syndrome) you'll know all too well that a full-on day running to and from lectures and then up and down various staircases does NO favours for those locks you spent so much time perfecting less than a few hours ago. The struggle is real. 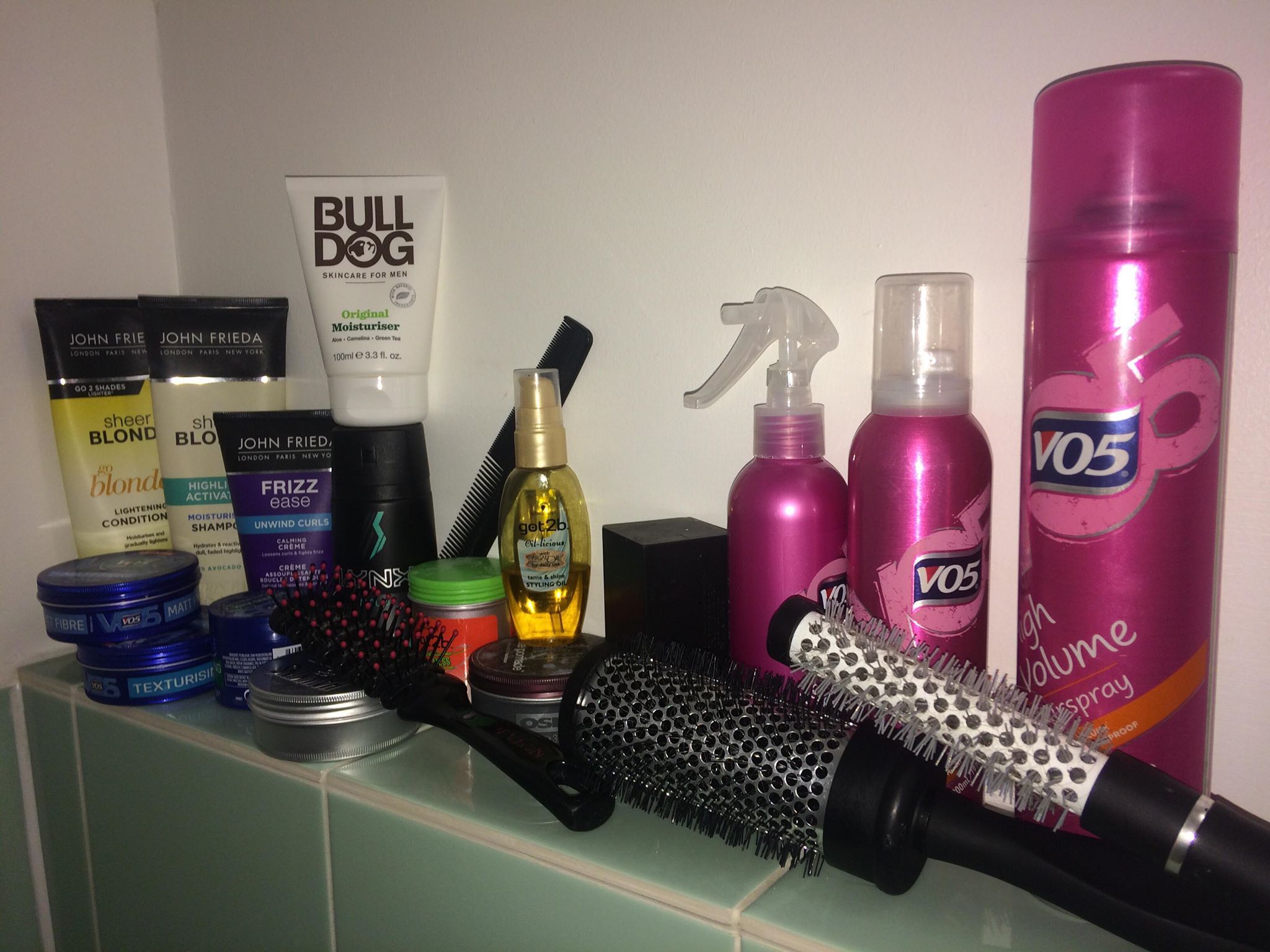 "But Tom, surely this should be a simple, quick process that shouldn't take you THAT long?" I hear you cry. Try blowdrying or straightening your hair while using FaceTime as a mirror because you don't have an actual decent mirror near any plugs. Then there's the problem of using aerosols…I shall say no more. 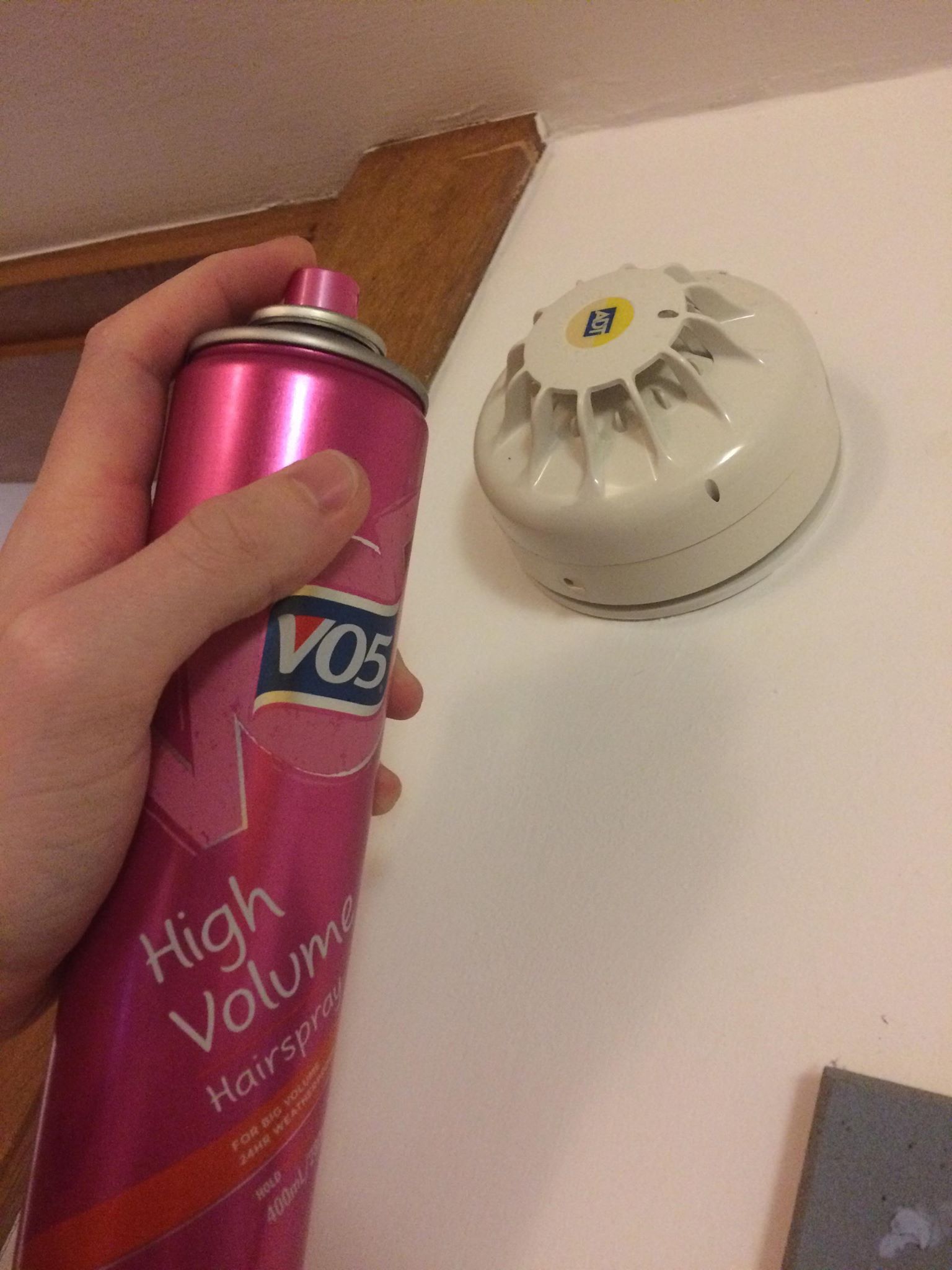 How close can I get without setting off the fire alarm? Let's find out…

Task two: garms. The great thing about LGBT club nights is that you can literally wear whatever you want and it's NOT seen as some kind of blinding declaration of your sexuality like it might be in some of your average clubs. Wanna wear a crop top? Go for it. Wanna wear that sparkly sequin dress that you thought might be "too much"? If I can borrow it, then yes, do it! What's important is that you wear what makes you confident in your own skin. Wear what represents who YOU are as a person, and not what anyone else expects you to present yourself as. Life is too short to dress for everyone else's satisfaction and approval anyway and I can guarantee you that you'll look stunning either way. For anyone who has seen me grace the rainbow dance floor of Vinyl or indeed any other club here in Cambridge, you will know that I don't hold back, and neither should you. 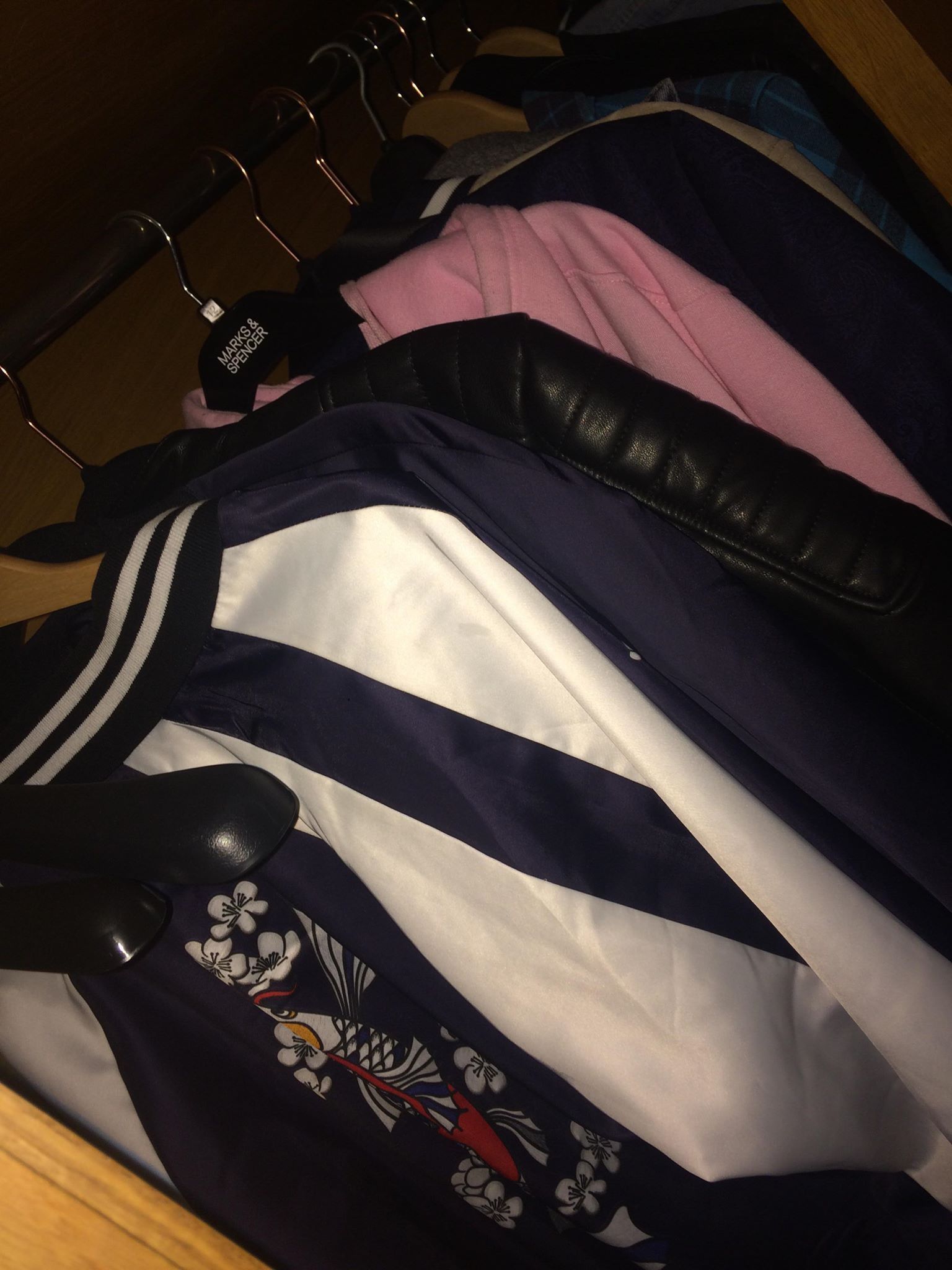 An exclusive insider's sneak peek at the contents of a homosexual man's wardrobe…I'm a jacket kinda guy ok?

9:30PM. With all of that sorted, focus your attention on pres. A good pre sets you up for a good night out after all. My advice? Keep it simple: a few friends in your room, some pre-drinks, and decent tunes.

11PM-12AM. Finally, the hour has arrived and the ball awaits you my dear Cinderellas. Head down to Vinyl on Sidney Street, descend (quite literally) into the depths of LGBT clubbing and get ready to "Just Dance" the night away. Please leave all glass footwear at home.

The first thing you will notice without a doubt is the music. It is superior in every way possible, just ask all the straight guys serenading me to a house remix of High School Musical's "Breaking Free". Legend has it that an old medieval manuscript in the Wren Library depicts Glitterbomb as the origin of good taste in music (but don't quote me on that because I know I'll get abuse from all you hardcore pop-haters out there). One pleasantly surprised heterosexual friend asked me why the music is so much better. It's simple. You can't death drop to "Mans Not Hot", but I challenge you not to let your legs give way when you hear the sweet words: "It's Britney, B****!" 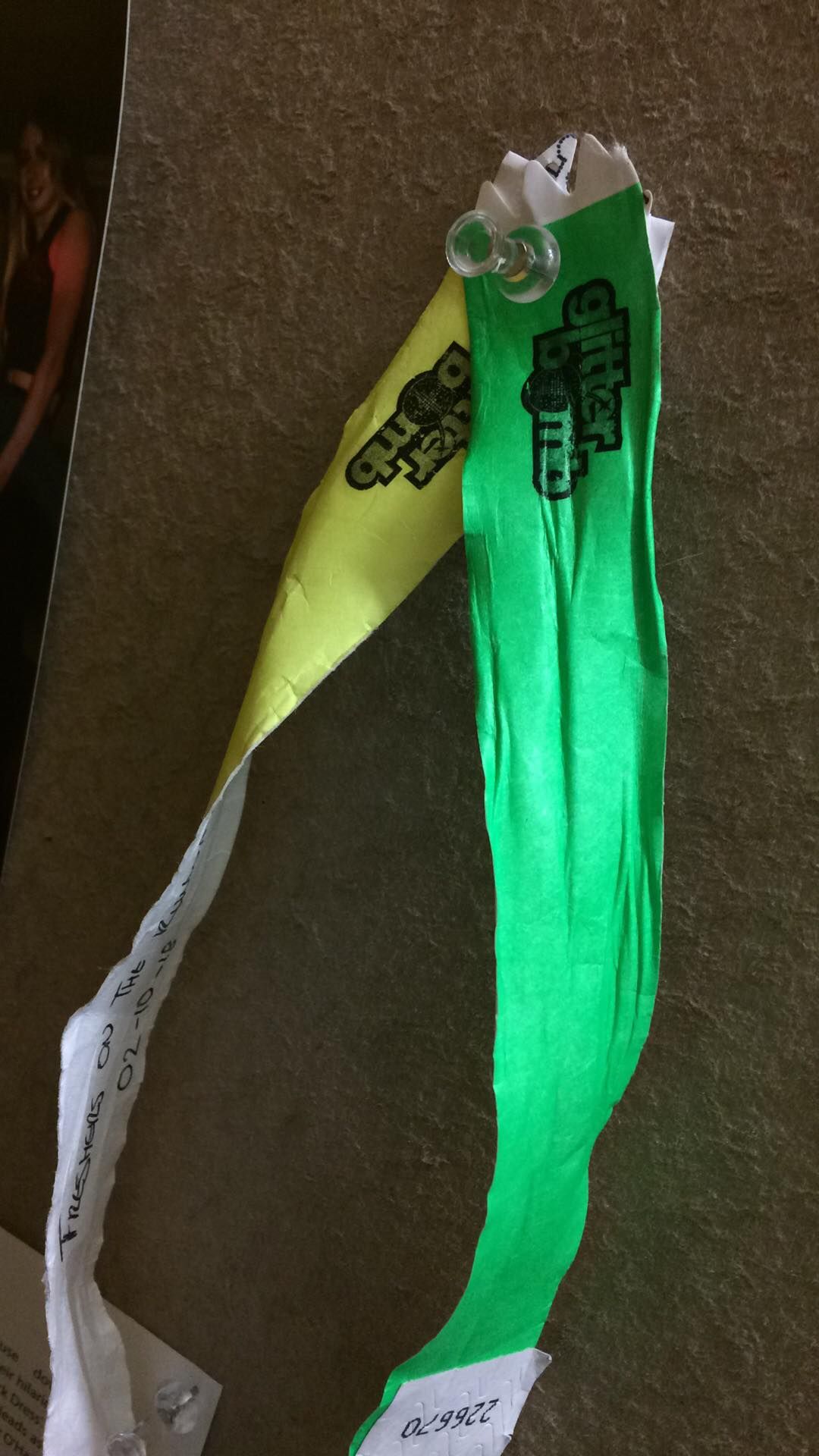 Badges of honour forever immortalised on my pin board

It's 1AM. You've been dancing for a solid few hours by now, but no LGBT night out is complete without some kind of performance and drag is a staple classic. On this particular occasion, resident Queens Cheryl Hole and Precious battled it out for the best outfit sourced from charity shops across the city. Glamorous is an understatement–loved the beret, Cheryl. 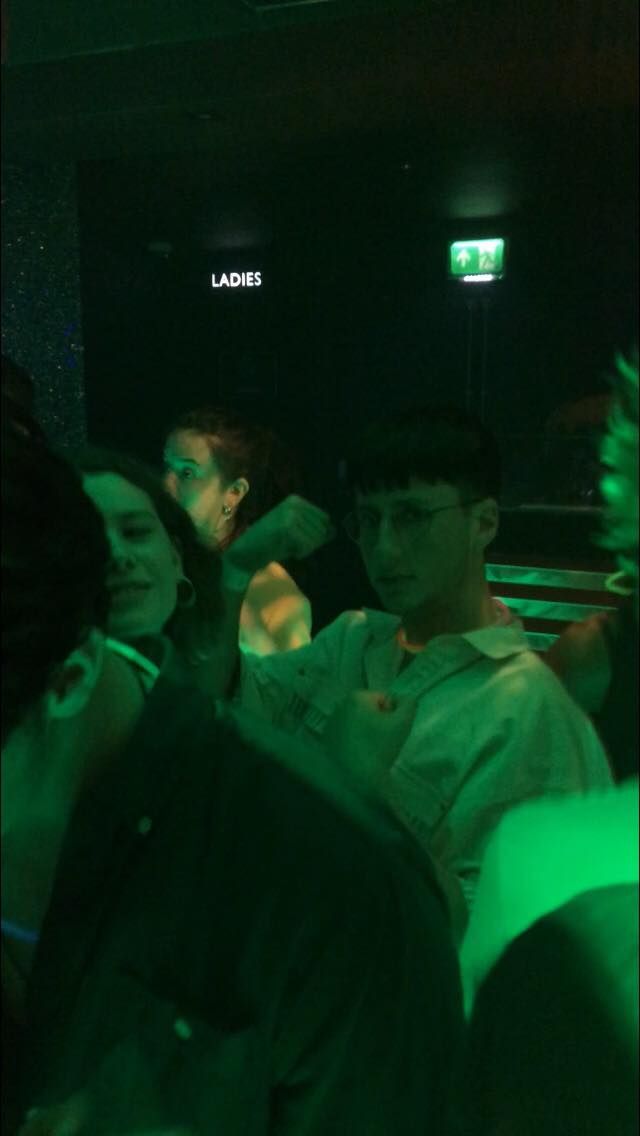 3AM. The night has soon drawn to an end and, like any Cambridge outing, the Van of Life is there to save the day as per usual.

I assumed everyone would think nothing of the goings on at Glitterbomb, and yet over and over and over again my friends would tell me how amazing the night was, thanking me for such a good time…as if it were completely unexpected? The same happened the next morning. My response to anyone reading this who might feel similarly, or who might be apprehensive about going out to an LGBT club night: what is it exactly that you are expecting? Like any club night, what makes it a night to remember is being allowed to completely let loose, to have a good time with friends, and most importantly to have fun yourself. In that sense, Glitterbomb is no different to any other club.

What makes Glitterbomb special for me however is that it adds an extra layer of freedom. Freedom to be who I am. Freedom to shamelessly sing my heart out to throwback tunes from the 90s and 00s. Freedom to show affection without risk of awkward stares or snide comments. Freedom to enjoy the company of my friends in an accepting environment. But do you know what? That freedom should not be exclusive to LGBT people (oh the irony, right?). That freedom should be available to EVERYONE. Gay. Straight. Whoever. Some of my friends thought they wouldn't be welcome because Glitterbomb is known as the LGBT night. How wrong they were. If you know all the lyrics to "Born This Way", you'll do just fine. 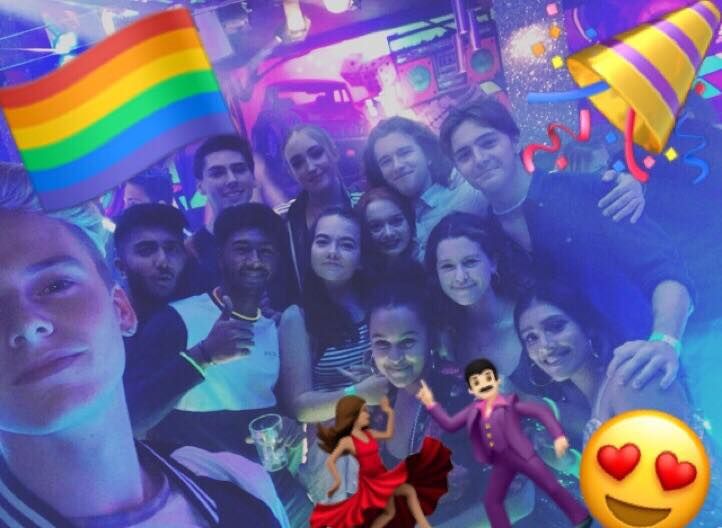 "Smile for The Tab!"

So, what have I learnt from taking nearly 20 straight friends to Glitterbomb to celebrate the big one-nine? That no matter who you are, what you wear, what your identity is, or what your music tastes might be, you WILL be singing along to "Sweet Dreams" twice in one night along with everyone else in the club. Whether you prefer Annie Lennox's or Beyoncé's version is another debate to be saved for another time. Until then, get yourself down to an LGBT club night. I can assure you that you won't regret it. See you next week!