Why Cambridge is actually the worst in the summer

Sun, sweat and so much stress.

You've seen all the idyllic Cambridge shots once, twice, maybe three or four times this summer and inevitably you've seen all the usual suspects: the view from King's Bridge, Grantchester Meadows, Jesus Green, the Backs… You know the score and don't lie you're guilty too; your camera roll won't lie.

But for all it's gloriousness in the summer combined with excitement and joy it inspires amongst us all, comes the more unsatisfactory aspects unique to Cambridge this wonderful time of year…

They descend upon the town out of nowhere, in their obnoxiously sized tour buses which would not look out of place at some major London attraction…and flock King's Parade and its vicinity; garish Cambridge merch, flags and selfie sticks everywhere, and I mean everywhere.

Walking or cycling along you aren't safe from the straying member of the big groups which shuffle along enraptured by it all, to capture the perfect shot of anything and everything in sight be it King's Chapel or the sidewalk, and they leap right into your path at a far less than opportune moment nearly causing a collision.

You also get the groups of school kids; the ones who stride through the town bright-eyed and full of enthusiasm, eyeing up their future college to be; prospectus in hand, taking notes…and then you get the others who, if not playing truth or dare amongst themselves to come up and say hi to the most Cambridge looking student causing widespread hilarity, sprawl all over the sidewalk causing you to weave, jump and climb over them as you try and hack the supervision rush. 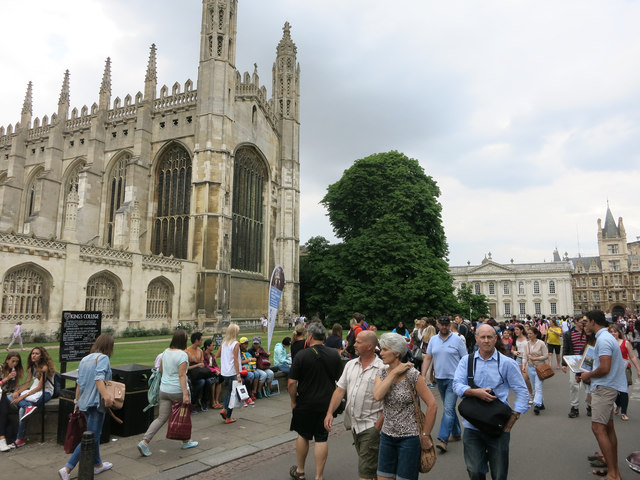 Your lecture run will become all the more treacharous… just warning.

The transition from the winter hibernation in your room with all your blankets, jumpers and months waiting for your radiator to turn has probably fucked you just as much as me. In typical British fashion, the weather goes from 0 to 100 in less than 24 hours so you're left sweating it out in your room/the library/pretty much anywhere with windows hanging dangerously wide open; a reality which you only clock as you're outfit changing for the 4th time today in full view of your peers passing along beneath it, as you inevitably forgot all your summer clothes at home and you are thus forced to make the bold and risky decision to ditch the troves of blacks which you basically live in and 'summerfy' it somewhat to avoid frying… 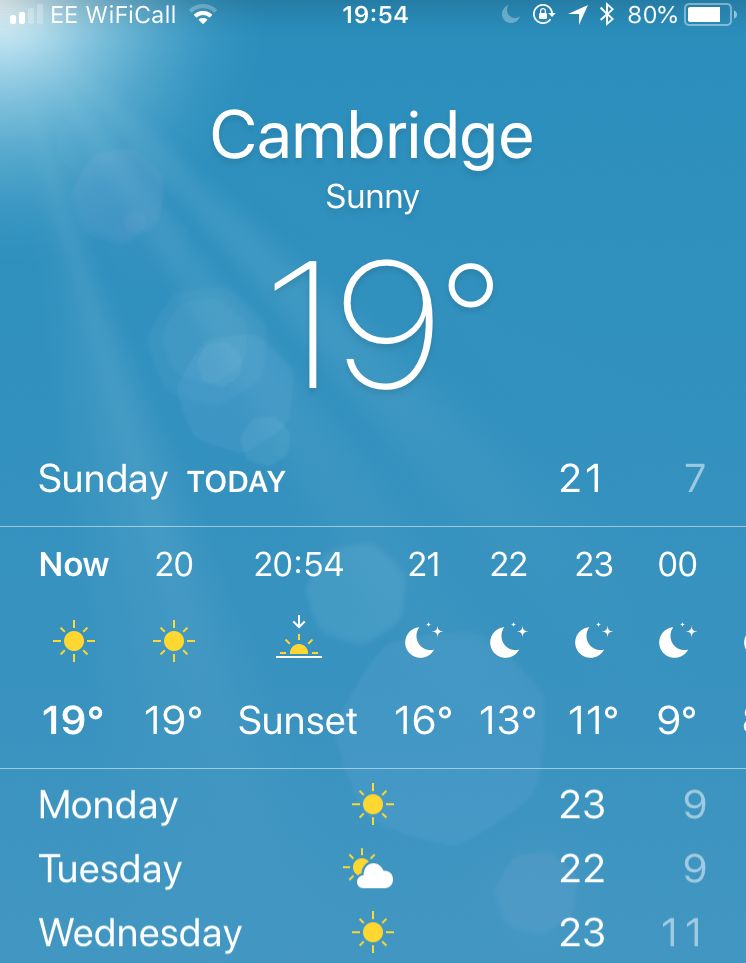 The forecast we all want, but do not really need mid lib session.

That or you seriously underestimated the weather and have turned up to a supo, running late, absolutely drenched. Yum.

Sleeping and working in summer are also undisputedly yuck. Being awoken at 4:45am by the climate of your room which now resembles the Gates of Hell, ditching your last layer of clothing to try and guarantee another few hours. Horrid. 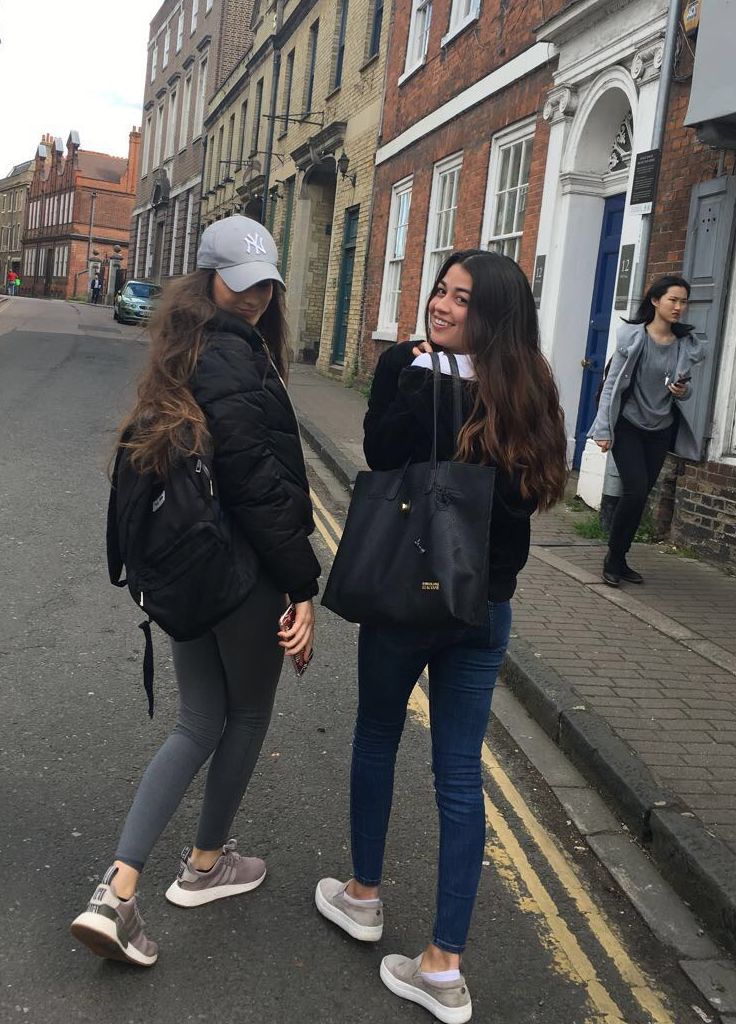 You will regret wearing your winter wardrobe, trust me.

It's just pure injustice that as soon as the sun decides to grace us with it's presence granting Cambridge an impressive glow-up, bringing with it all the fun of summer: punting, day drinking, time spent outside, picnics and all that lore, Cambridge decides to force its Vitamin D starved students even further inside , literally…to the point where you're now revising in the UL basement to avoid getting depressed or a serious case of FOMO from the views; the fun of summer is going to have to wait until you've managed to drag yourself through through revision and emerge dishevelled on the other side… even in your 18343th break from revision as you flee to Facebook for a guilty scroll; the joys of British summer time are all in your face and dangerously screw with your priorities. Revising outside is always a recipie for procrastination disaster. Tried and tested.

Likewise, the mere act of working in the heat is grim; you're hot, you've got a headache and no amount of water, shade or paracetamol will solve it. 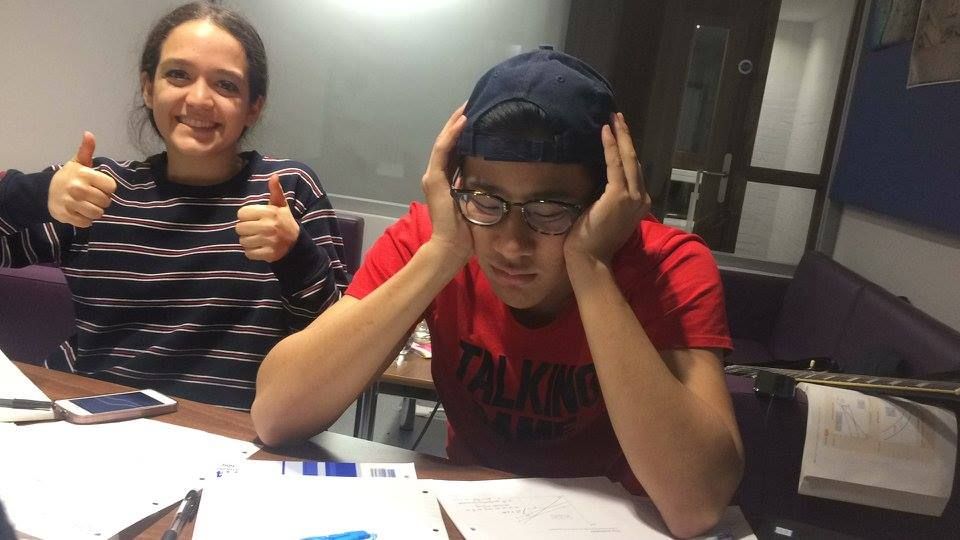 There are two types of people…

"Exam Term" not even "Summer Term" and "Easter Term" never really caught on… there is literally very little appealing about returning to Cambridge for the 'delights' of summer: aka when you finally have your revelation that cumulatively your lack of lecture attendance, motivation, reading and drive to succeed are critically low past the point of repair.

And in it's turbulent wake, Exam Term brings with it the stress, the pressure, guilt, remorse. Also, its that time of year when Cambridge manifests, as it does every summer, into a breeding ground for Work Snakes who ravenously feast on your self-deprecating contributions to the group chat.

Don't worry they've also ditched revision at 4pm for a Netflix binge or wander into town and are also sooooo unprepared its a joke…. The colleges turn into ghost towns; devoid of any student activity everyone flocks to the library in a flurry of revision notes, pastel highlighters and laptop cases, creating a canopy of laptop cables between the desks as everyone fights to gain those elusive seats with that all important plug socket access…what fun we have, unless, of course, you're a prelim. 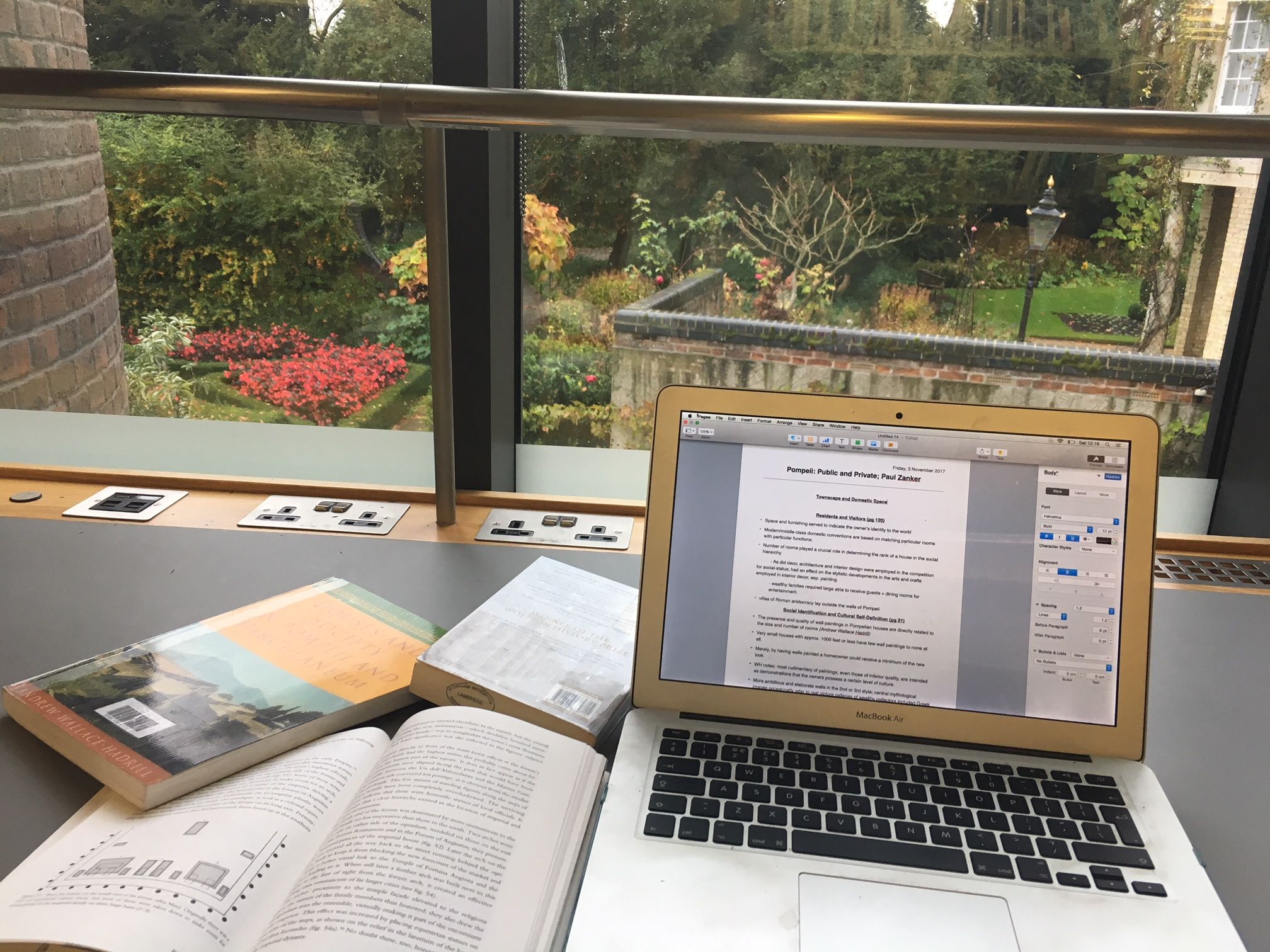 Living out your last days of social interaction at C-Sunday you were probably thinking you wouldn't miss your usual Wednesday/Thursday/Friday/Sunday night haunts for a second, but now its Week 3 and its peak exam season and you're probably looking back wistfully on your usual weekday shenanigans. Societies have also gone dead too; no more cool evening excursions doing something different to culture yourself also used to drag yourself away from an exhausting and taxing day of procrastination over some mind-numbing aspect of your course. Even after smashing your revision in an 8 hour stint and your labour for the day is over… you'll probably still find yourself feeling lost and purpose-less with nothing to do and friends who flake on your proposed evening plans in the name of revision.

Worst thing is there are months and months until everything recedes back into normality and Cambridge begins to function in it's weird, 'normal' way as we're all so used to…but with an onslaught of fresh-eyed newbies, will it ever be the same again?!? 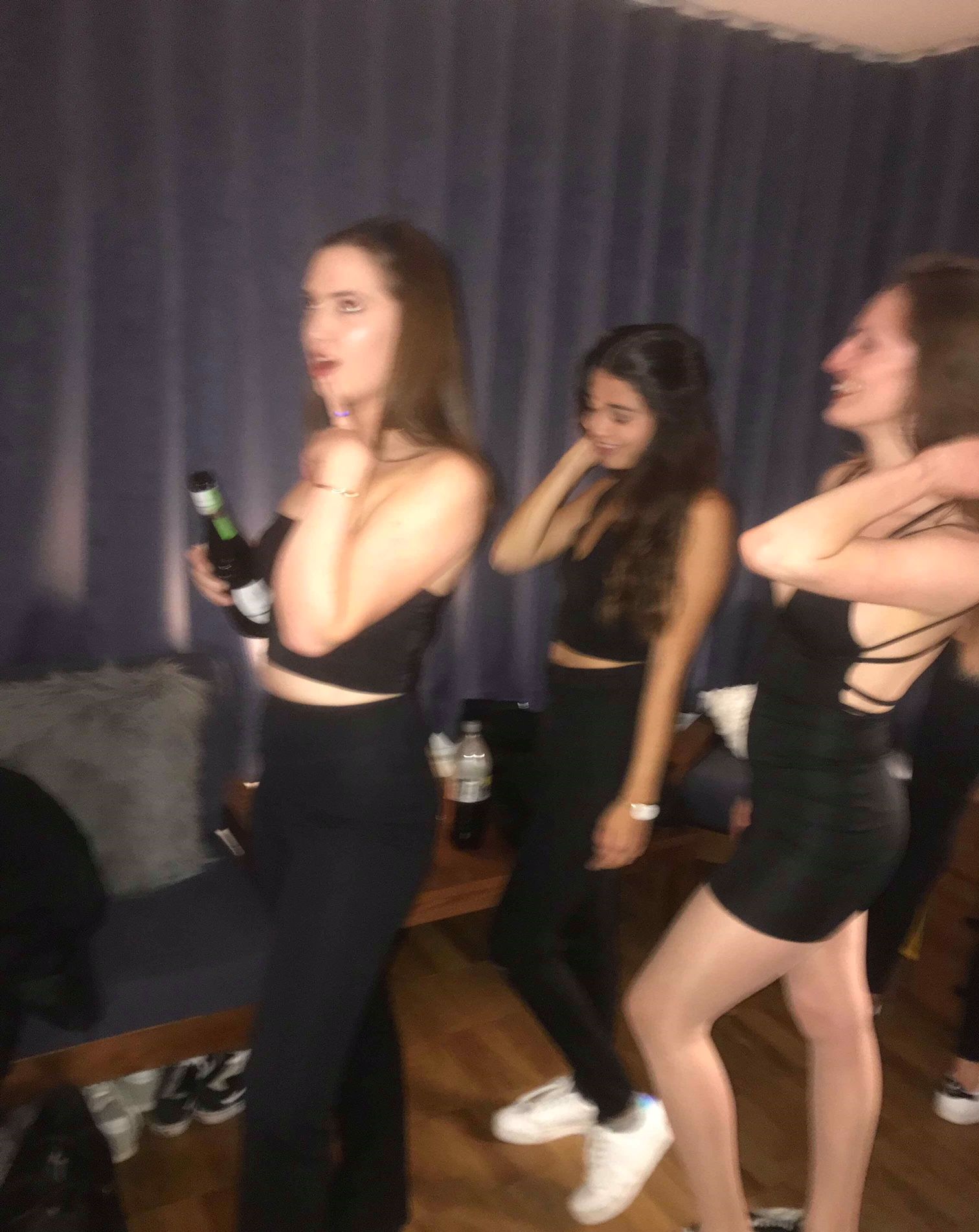 6. How much money you will inevitably spend

You probably told yourself that you'd be saving money with going out being crossed off the agenda and your life now spent as a social recluse locked in the library with no opportunity to splash the cash in an impulsive, alcohol fueled moment of generosity in buying another round; the effect of this only to be felt the next morning.

However, with the welcome arrival of smoothies to your college cafe, your account is probably getting a serious work out and feeling the hit after your third iced coffee of the day. And there are all these cute little ice cream vans all around town, and picnics and pub outings!! It's exam term, treat yo self. But when all the Garden Parties, enticing promises of unlimited Pimms and adverts for actual fun stuff and start appearing, you're now crippled by ticket fees if you weren't already so impoverished after paying for your May Week… overdraft here I come, and it's only week 3.

Summer in Cambridge…it's not all good. 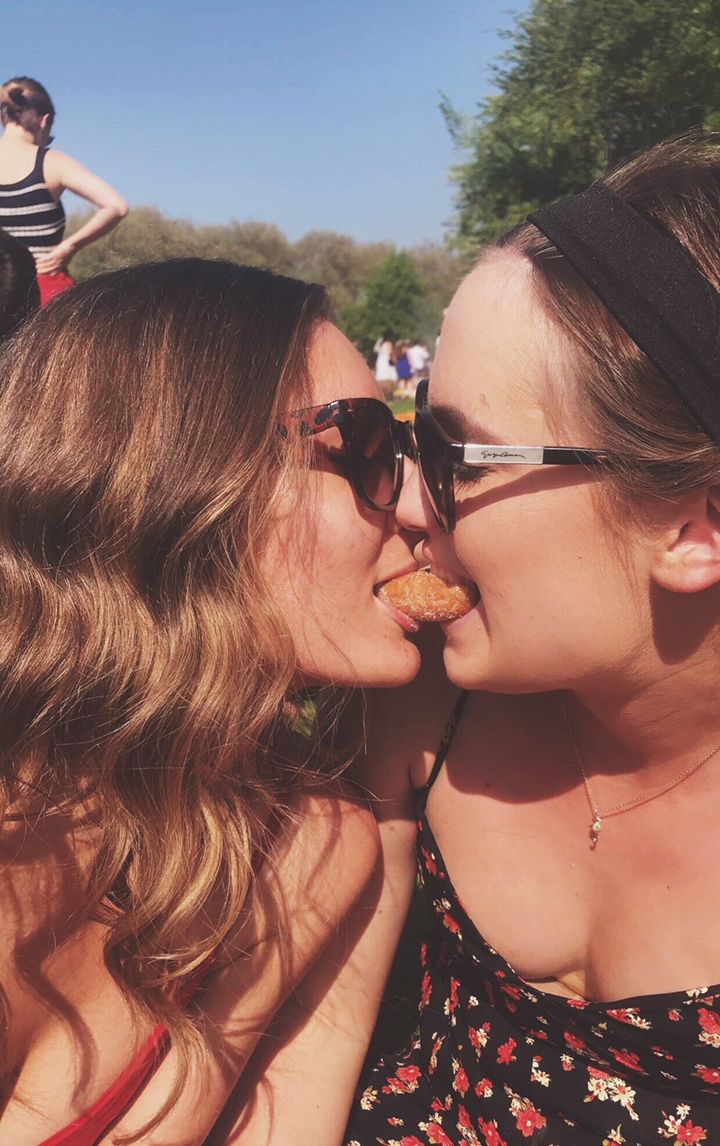 Treat yo self this exam term

But despite all our moaning and heavy emotional and physical work burdens, there is always the excitement of May Week to look forward to, and an interlude from revision to frolick in the sun for a bit can always be justified. Be tough on your friends and drag them out with you too; fun is important and can be found, even in amongst all the undesirables of the Cambridge summer experience.