We're "just south of Liverpool and north of Buckingham." It's post-Brexit, probably, and Little Heswing is a portrait of England's shittiest town – so shit that it apparently doesn't even qualify as a town anymore.

"Welcome to Little Heswing" is a hilarious piece of absurdity written by Kate Collins, Emmeline Downie and Bella Hull, and slickly directed by Jasmin Rees. The premise is a good one; following three hapless heroes on a mission to save their hometown from imminent demotion from "town" to "hamlet". The three characters are all dramatically different, allowing for a display of societal unity, landing the show firmly in the realm of fantasy.

Although all three of the actors and their characters were brilliant, Emmeline Downie's interpretation of a teenage boy stood out in particular; I laughed every time her voice broke (i.e., very frequently) and the directorial decision to have her staring into the light at Corpus corner during monologues about her character's dead nan added to the fake- deep effect of the reminiscences. 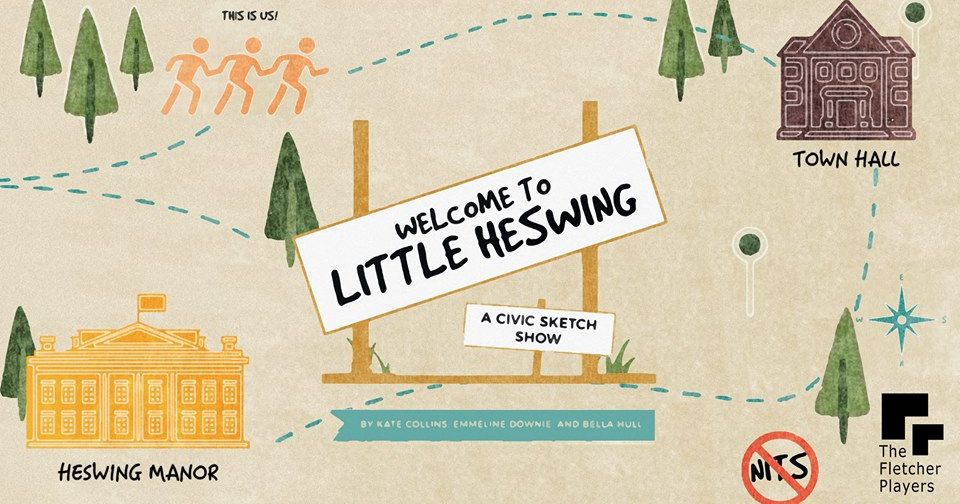 The show was split into group sketches and monologues, which created a nice variety. Bella Hull deserves credit for the sheer range of characters she was able to convincingly portray, and also for her range of facial expressions; she didn't even need to say anything to have me laughing like a fool. A personal favourite moment was her portrayal of a supermarket shop gone wrong, featuring some highly amusing physical and voice acting. The depiction of the town Mayor as a mop also provided the audience with much mirth over the course of the show- a portrayal which was particularly significant during this supermarket scene which takes place after the mayor's [mop's] untimely "death." 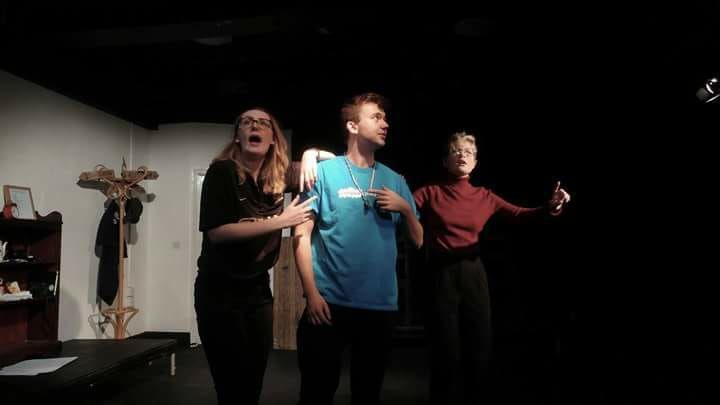 The highlight of the hour however, was undoubtedly Kate Collins' monologue as a Sloth Enthusiast and keeper at Little Heswing's zoo. This was a genius work of scripting and acting that left me unable to breathe through my laughter.

My only slight criticism of the entire play was that I wish something more had been done with the idea that all the sketches were being filmed to show the town council; the premise that they were going to film what went on in daily life in Little Heswing was brought up at the beginning, and not really mentioned much again until the end. Whilst all of the sketches were consistently funny, once you forget why they're happening or what they're showing, the show sometimes strayed out of the realm of 'wonderfully random' and into the realm of 'mildly confusing.' However, the sketches were all stand- alone brilliant on their own merit, and would have been enjoyable even without the narrative structure of the (very strong) premise as a whole.

Overall, this was probably the best use of £6 I've spent all term. A well- written, well- acted piece of entertainment which was undoubtedly, universally enjoyable.