Nadia Rose will be headlining Emma May Ball 2017.

She was shortlisted for BBC sound of 2017, she’s a MOBO award winner, not to mention Stormzy’s cousin. She’ll be playing Glastonbury and Wireless this summer. Obviously a Cambridge May Ball is the next thing on the list for this sassy, sardonic queen of the stage. 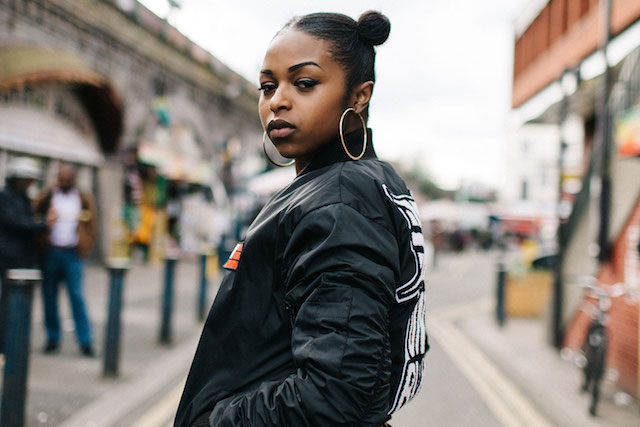 Literally every single track this 23-year old has ever dropped is a banger. If you find this hard to believe, go listen to her very first single “D.F.W.T”

As if her grime credentials weren’t enough though, her debut album “Highly Flammable” proves her versatility. She can go straight from naughty dancehall on “Murder” to a deeper, more clubsuited sound on “Poltergeist”. On her newest single “Breathe Slow” she confidently ventures into stoner-girl R&B. Even though she’s just broken out as an artist, she has done so with full control. Her performance promises to bring the crowd on an extended sesh with the fierce Cockney MC.

Nadia is a wordsmith and a fellow nerd. She changes tempo, drops in popcultural references and double-meanings at a pace that makes her bars both fun and incredibly re-listenable. She used to read a dictionary for fun as a kid and it shows; one line goes “pat my kitten, ride pon di (meow) like i ride pon ryddim”. We trust that we’ll get to ride the rythm too.

Emma will also be hosting Francis Inferno Orchestra. He’ll be offering an eclectic mixture of soul, disco and rare oddities in a quirky but engaging performance. Fans of eclectic dance music are sure to have a good time grooving to the beat of this DJ.

Also headlining the ball, will be dance music sensation Afriquoi who’ll be bringing their brand of African infused electronica to the already star-studded ball. The London based collective performed at Glastonbury, Boomtown, Bestival, and Secret Garden Party last year. The five piece play a true smorgasbord of danceable tracks, fusing all the best cuts of Congolese Guitar and Gambian Cora with UK Jungle and Hip Hop backing. It’s safe to say that is in an act for the free form dancers and the world music connoisseurs.

A few tickets still remain for Emmanuel’s Mayball, which can be procured via the website. If this diverse line up floats your boat, be sure to snap them up soon.

Stay tuned for even more spicy Tab-exclusive May Ball Announcements.