Hundreds march down Park Street to protest against climate change

Hundreds of protestors took over Park Street and College Green to strike against climate change.

Members of Extinction Rebellion, dressed in black, gathered at the Victoria Rooms to perform a wake for dying and endangered species. One speaker said: “Today we mourn for those living at the frontiers of climate change.” 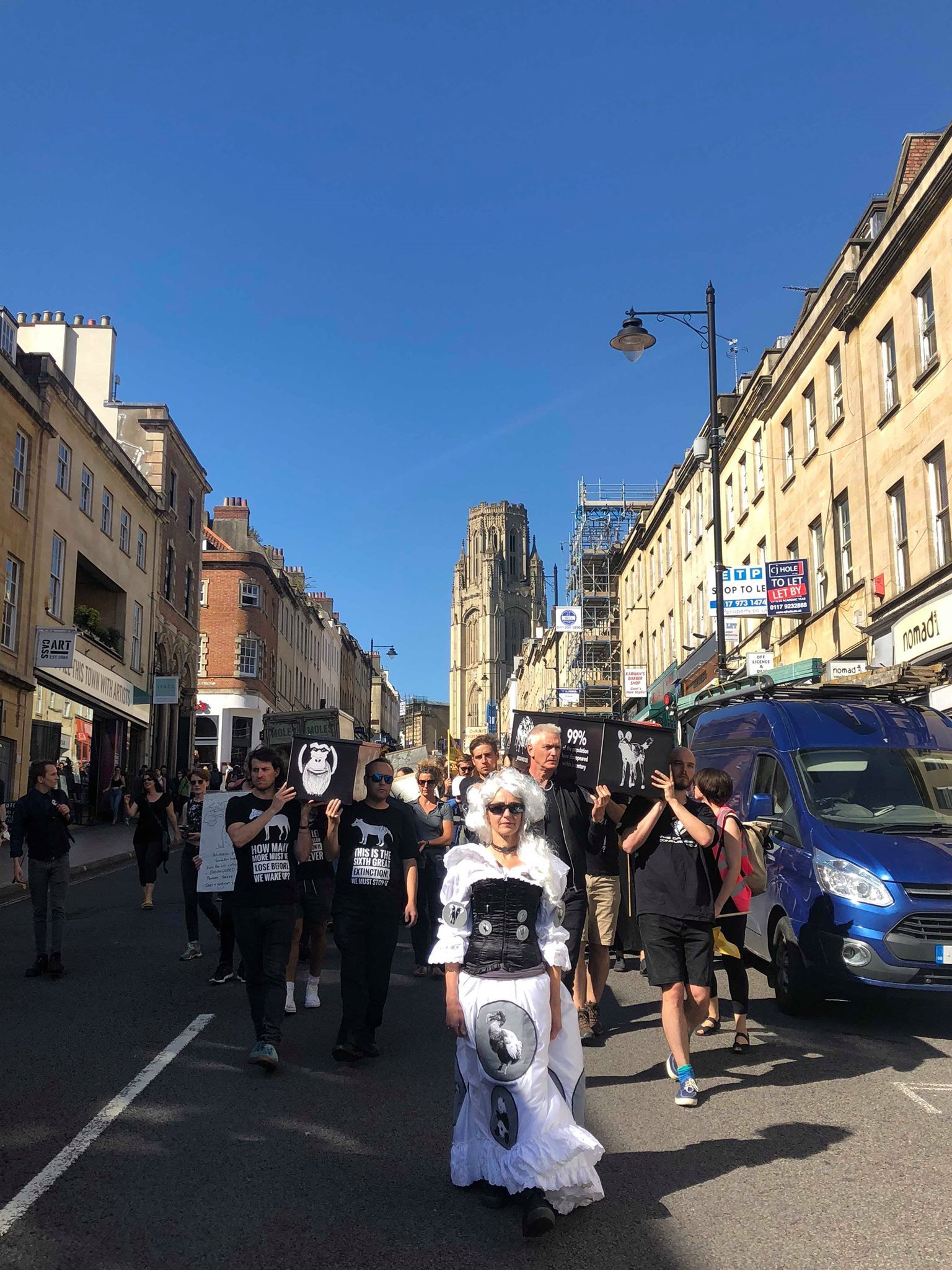 The protestors marched peacefully down Park Street, stopping the traffic, and carrying model coffins of the world's most endangered animals .

At College Green, the protest joined forces with the Youth Strike for Climate Change. Hundreds of people came together, more speeches were given and of course, there was a bloke on a bike blasting jungle from a speaker. It is Bristol after all. 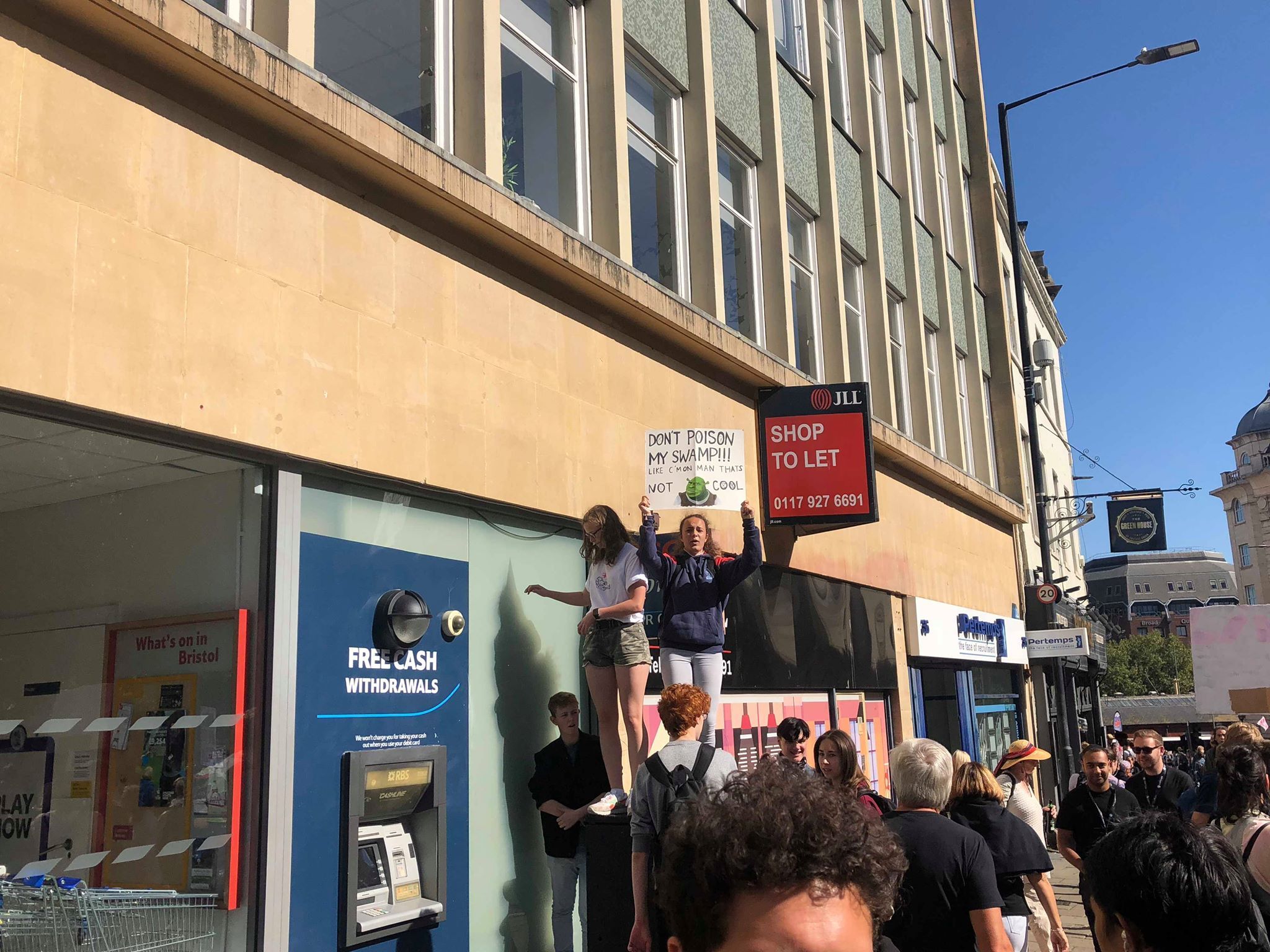 …and a Shrek themed placard

Protestors were more than keen to share their views with The Bristol Tab.

Emily, who is studying for an MSc in International Relations, said: "It's all well and good liking things on Facebook and posting things on Instagram but it’s not hard to just come out and walk." 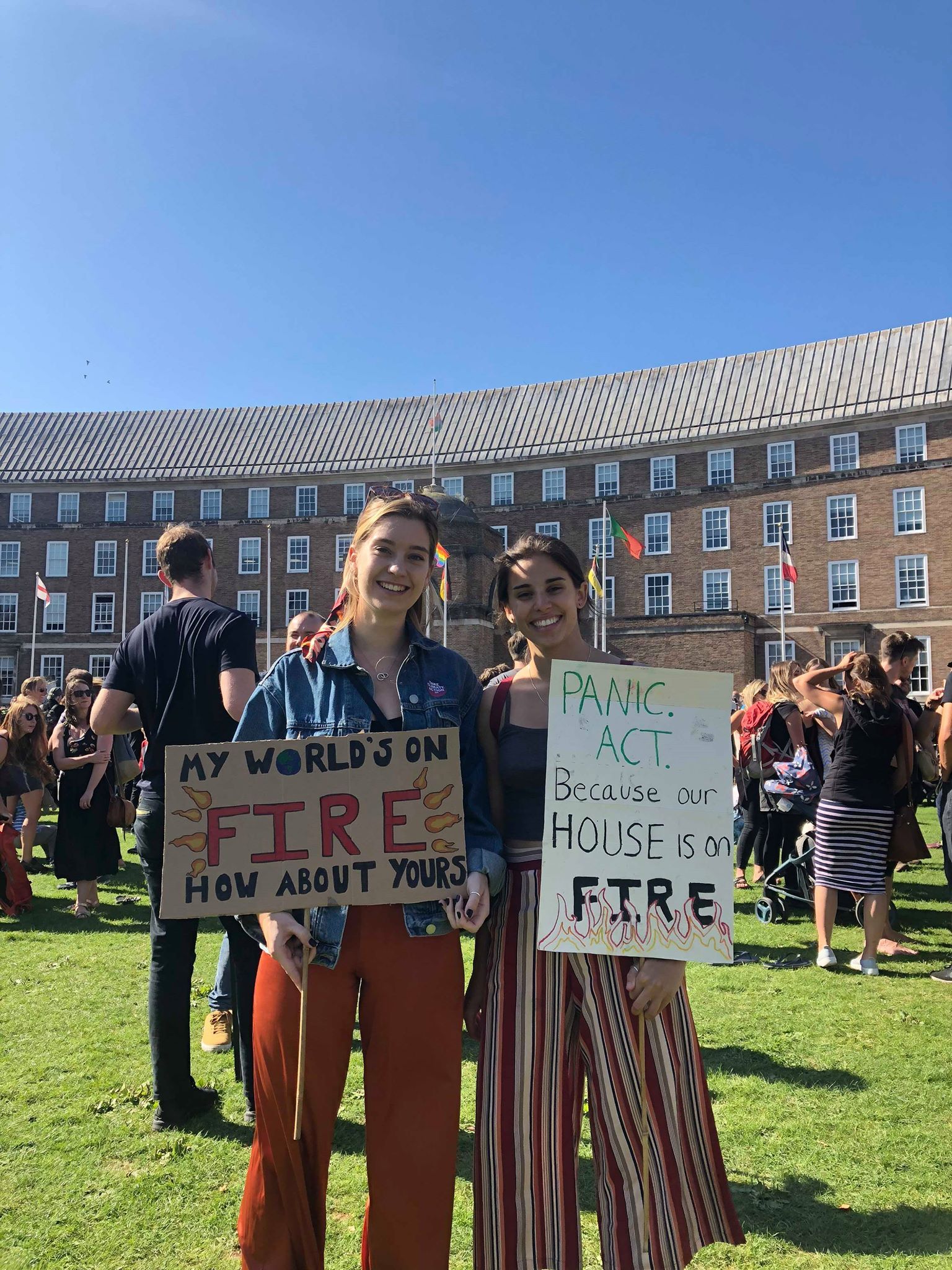 Emily (left) and her friend Lottie.

Regarding the "wake" theme displayed by Extinction Rebellion, Emily said: "The idea of things dying brings more attention to people and scares them more which isn’t necessarily the nicest but it is kind of necessary." 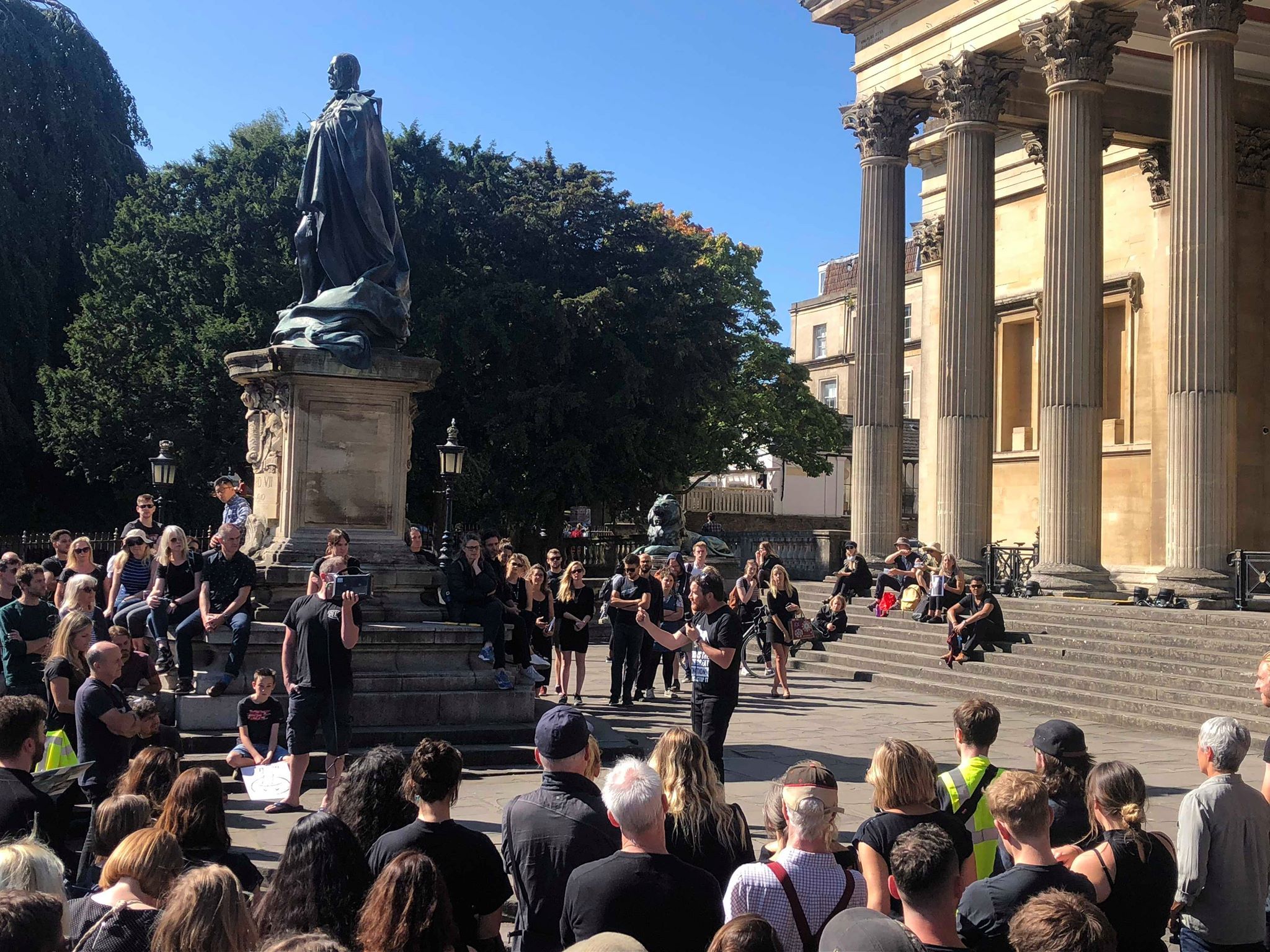 Rebecca Staatz, chair of Bristol Uni's Unison branch, said: "We requested that staff were released on this occasion to attend the rally." 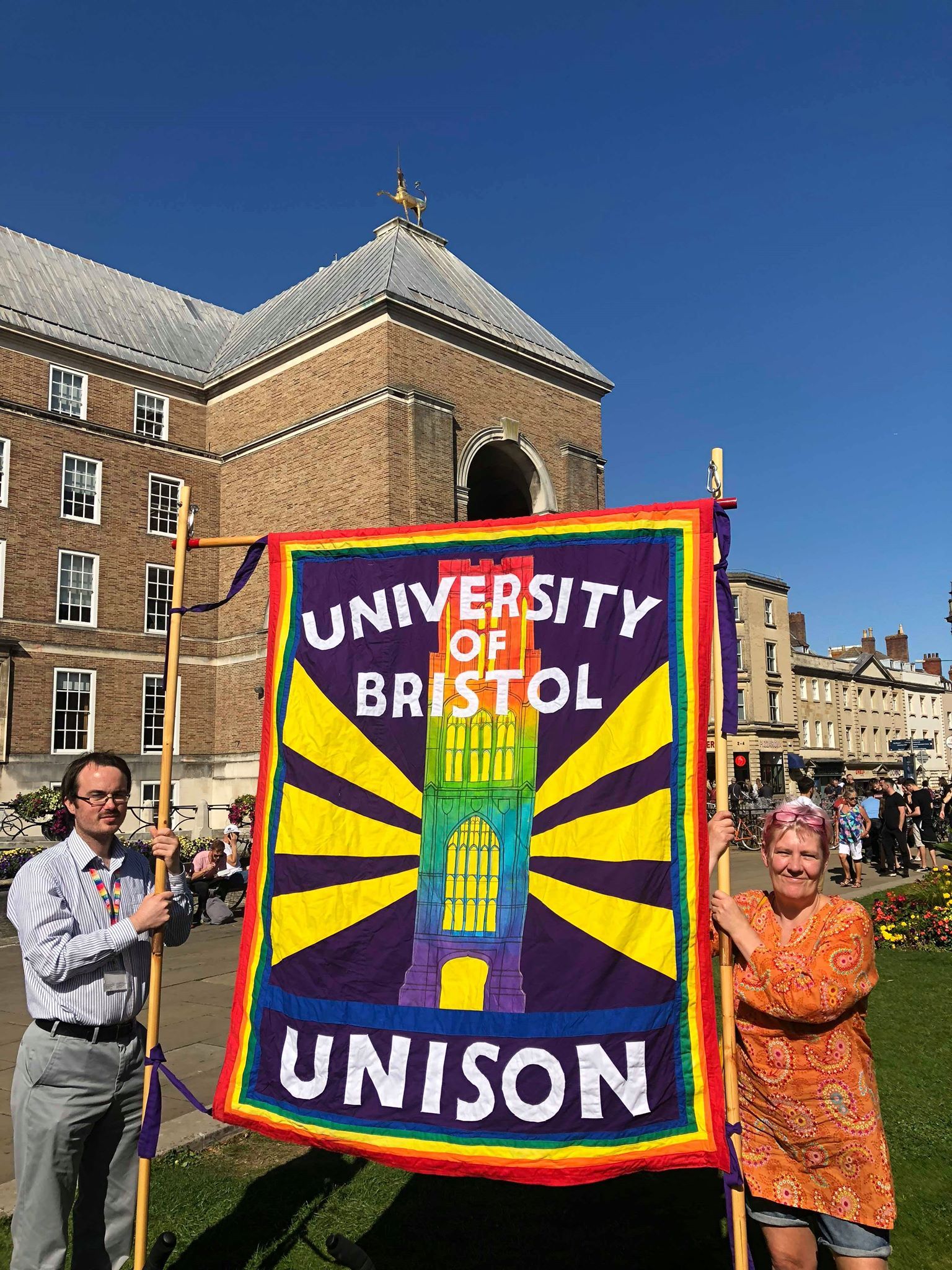 Rebecca Staatz pictured on the right.

Rebecca added: "they were only given half an hour to come down and support."

Tom Hird, Broadcaster and wildlife presenter
, also attended the protest, saying, "The whole point of what we do is to connect people to the world we live in and to show people it needs saving." 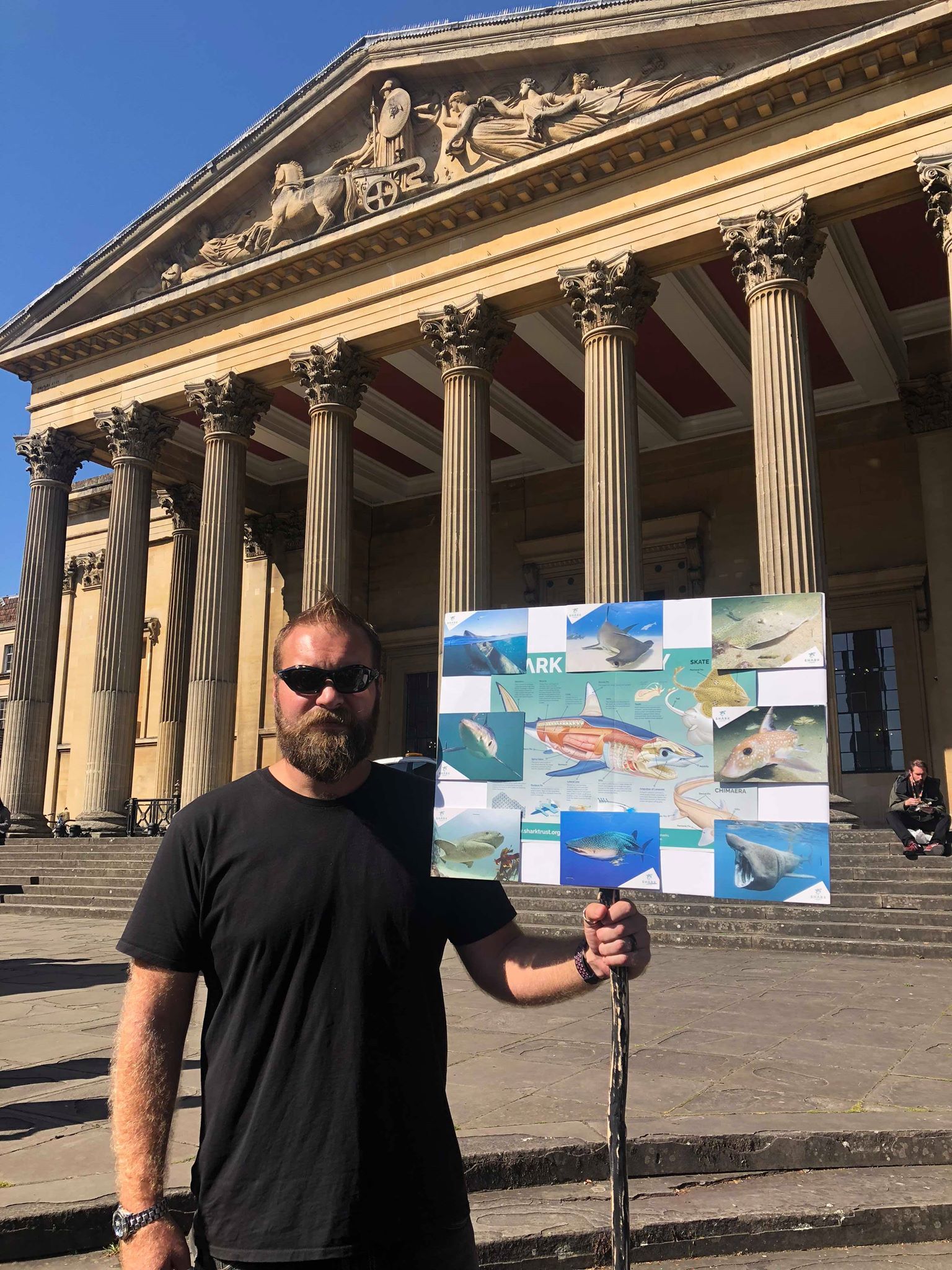 "It’s so easy to watch wildlife documentaries and think isn’t it lovely and fantastic but then not do anything about climate change."

"We really do need to finish off the story and say look, there are some beautiful things out there and we’re talking about them and we want to get you excited about them because we want you to save them."