Bristol University's new BME officer, Omar Chowdhury, should be allowed to take up his position in the Students' Union next year, despite leveling anti-Semitic comments at a Jewish Student.

The independent report commissioned by Bristol SU — which allegedly used an external investigator — confirmed that Chowdhury's comments were anti-Semitic.

Following the outcome of the probe, Bristol SU has implemented a plan which will help Chowdhury to uphold the IHRA definition of anti-Semitism in his future conduct.

This follows Chowdhury telling Izzy Posen, a Jewish student, to "be like Israel and cease to exist" a fortnight ago in Bristruths comments.

Chowdhury also told Posen that their comments are “like Israeli settlements: always popping up where they aren’t wanted”. 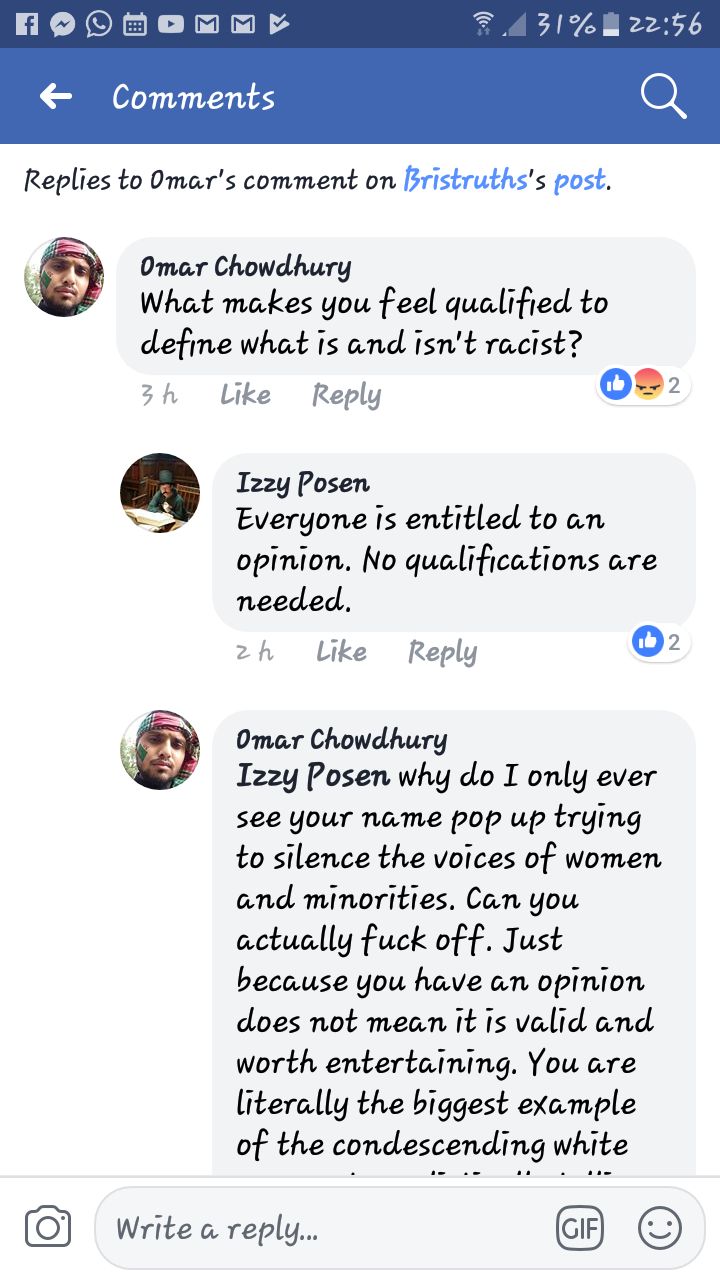 When offering his apologies, Chowdhury told Epigram: "I wholeheartedly apologise to Izzy Posen, Jewish students at the university, and the wider Jewish community for these ignorant and offensive comments. These comments were anti-Semitic and unacceptable.

"I regret my words and I am disappointed in myself for contributing to the hostile environment that is faced by Jewish people at university and in society.

"Over the last two weeks, I have already begun efforts to educate myself on antisemitism and I have learned a lot just in this small timeframe.

"I want to continue to grow my understanding of antisemitism and the different forms it takes and will undertake antisemitism training as part of this.

"I will do everything I can to show that these comments do not represent my character and commit to creating a more welcoming environment for minorities in the work I do next year, starting with myself."