The police were called this year due to the violence

Two Bristol universities will not compete in any Varsity rugby matches for the next two years, following major crowd disturbance at the last game in March.

This year's Varsity saw incidences of violence and overtly sexual chants being sang from the crowds. Chants were sang from a controversial “UWE Varsity Chant sheet” that had been circulated before the event.

One chant said: “UWE boys, we are here, shag your women and drink your beer”, whilst another goes: “Bristol girls , make more noise, when they’re shagging UWE boys, with a flip flap, fanny whack, give the whore a bone”.

On the day of the game, Bristol student Harry Eastley-Jones commented: “At the end of the game both sides were chanting at each other whilst leaving, so UWE had to be held back as it was very intense – I saw police turn up in the vans with mesh on them.” 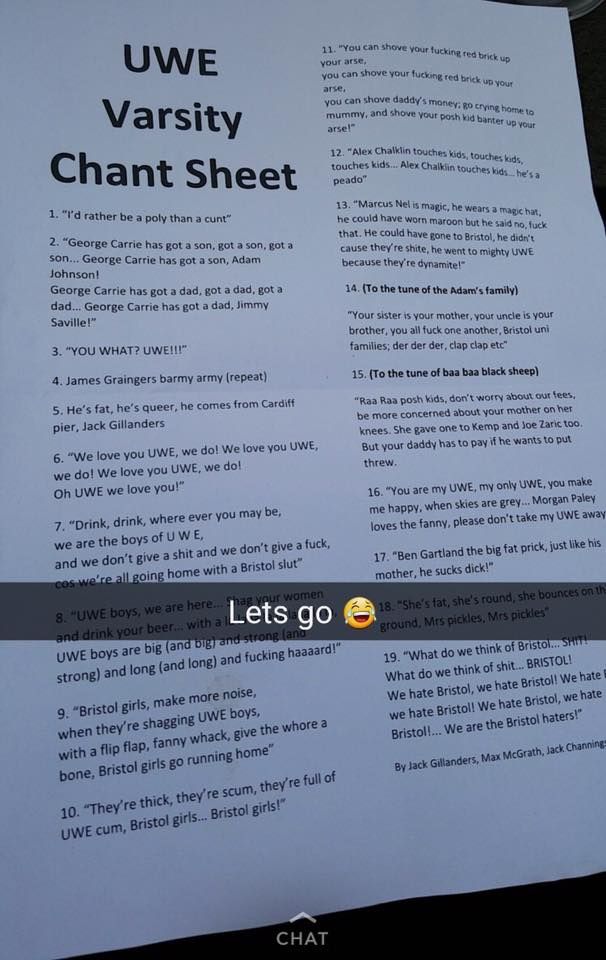 The sexist chant sheet was one incident that caused concern

Since the event, The University of Bristol and UWE have described students as being "subject to disciplinary proceedings".

It is suggested students have been expelled from one or both of the universities for their behaviour after police, Bristol Sport and senior leaders from both universities re-watched the CCTV footage of the match to identify those that were causing trouble.

However, neither university has confirmed the number of students that have been subjected to any disciplinary action.

No police action has been taken as it is believed the crowd disturbance would have been considered minor public order offences. 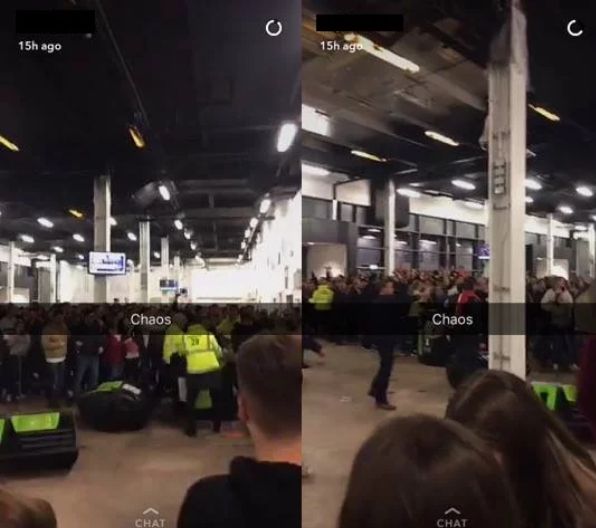 A statement released by UoB and UWE said: “An inquiry carried out by the Varsity Board, which is joint board with representatives from UWE Bristol and the University of Bristol, following the Bristol Varsity Rugby match on March 30, 2017, has now concluded following a thorough and detailed process.

“Those students being identified as being involved have been the subject to disciplinary proceedings. They have also been subject to sanctions from the Students’ Union and required to write letters of apology to those affected by their behaviour.”