We all know the feeling. You’re lying in bed, starting to think about finally doing some work, when the cursed fire alarm goes off.

No one wants to do that catwalk of shame. If you’re not in first year, you might say you miss it, but when you’re on the seventh floor and have to take the stairs every time some mama’s boy burns his toastie, you might not feel the same.

They ring more often than my parents do, and that’s just upsetting. When it comes to fashion, there are distinctive style tribes that rear their heads amidst the disgruntled crowds of freshers.

You’re already panicking about how your inability to speak English is ruining your essay, debating writing an apology letter to beg for higher marks, when suddenly the fire alarm goes off.

You’ve got 10 minutes left to submit it without risking dreaded late penalties, and you need all the help you can get.

Your outfit consists of: tracksuits, a shirt with no bra, a topknot of unbrushed hair, no socks and an apple mac balanced precariously atop a quivering knee.

You’re ignoring everyone else, desperately hitting the keyboard and denouncing eduroam as the devil. The key accessory in this outfit is the sparkling crazy gleam in your eyes: there’s nothing quite like the twinkle of a breakdown. 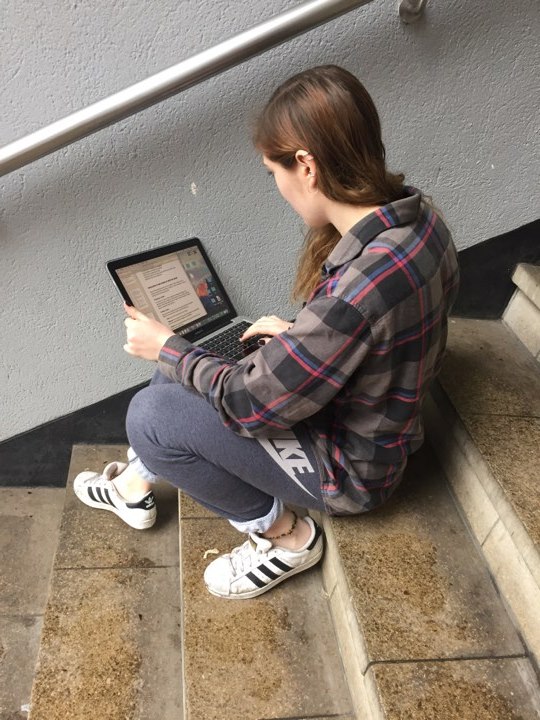 You’re considered quite the mystery. Others wonder how your clothes are always ironed, when their flat’s iron wont stop leaking.

Your hair is always unreasonably straight, and your go-to getup is a preppy collar neatly protruding from a jumper for that smart-casual look.

The fire alarm doesn’t even affect you, as you were just heading to the library anyway with a salad tucked into your neat Michael Kors tote. No one is a fan of this person, your preened orderliness acts as a terrifying reminder about the seminar later that the less organised students won’t have prepared for. 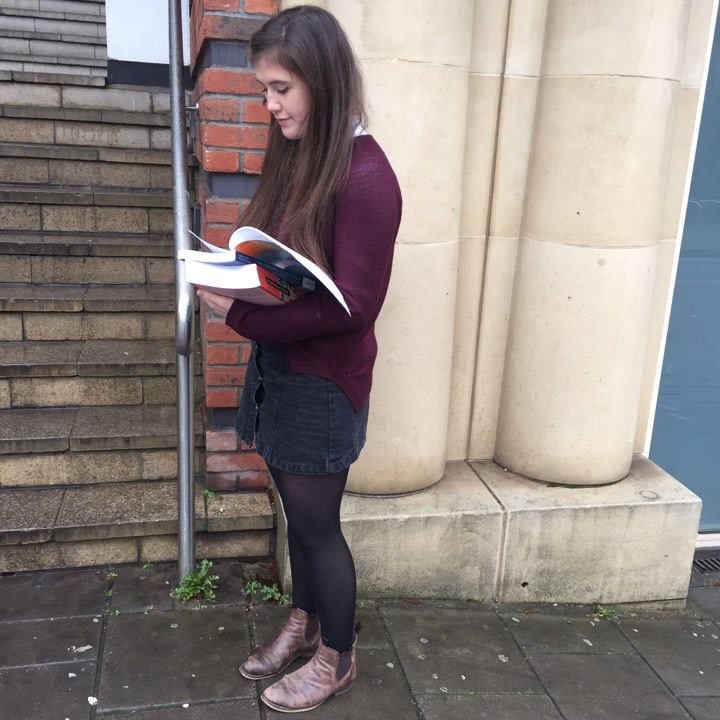 You thought that you were having a nice relaxing shower until some douche-bag sets off the alarm.

Your panic reflexes kick in, and you find yourself questioning just how endangered your life really is. Your choice is this: die of embarrassment running out half naked in a towel, or perish by a fire. The end result is a towel/random clothes combo.

For Bristol students, this just looks like a charity shop threw up over you, and without the towel, could easily be mistaken for Motion-appropriate wavey garms. At least the towel comes in handy to soak up your tears of embarrassment when you realise that you’re not even wearing the obligatory Bristol Adidas trainers. 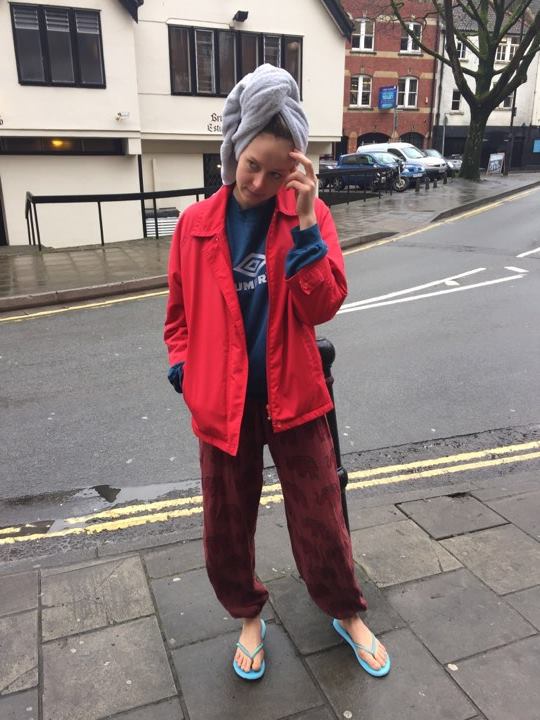 Wavey garms or a Shower-Shocked Sheila?

Bristol students don’t love fancy dress, but when you have to put in the effort, there’s no way you’re wasting valuable post-Lounge sleeping time on taking off your costume.

Then the fire alarm goes off. You’re feeling the regret from the night before set in, your headache is waking up, and you don’t even have the energy to act like you didn’t sleep in the same clothes as the night before.

Jess is a beautiful sight, emerging from the main doors of halls wrapped up in a blanket, their only make-up is a smudged moustache, and if you look really closely, their most controversial accessory is the sick still clinging to the side of their mouth. 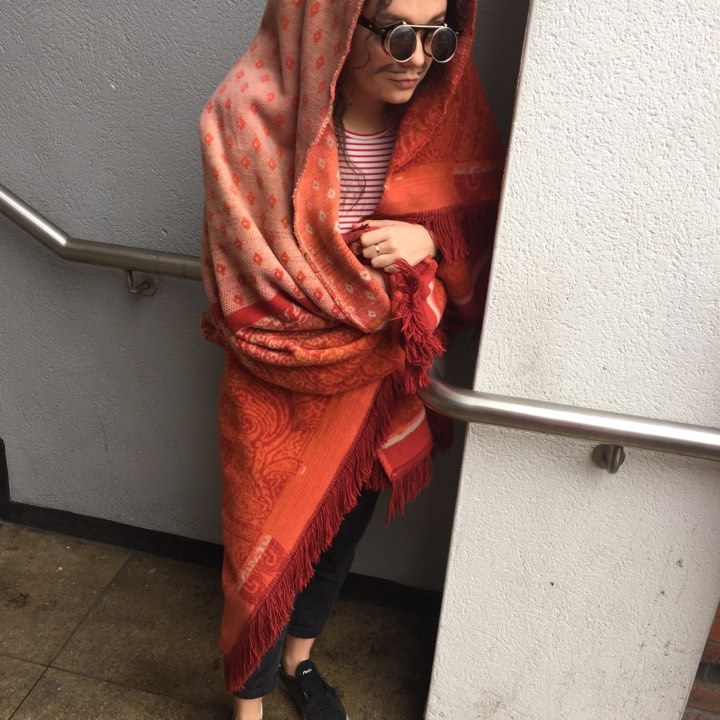 A fire-alarm isn’t good for a hangover

Some people just look great in gym clothes and wear them all the time, just to let you know that they’re better than you.

If you’re a Becky, you act as a constant reminder to your peers that they lied to themselves again about getting up at seven to do a morning run. You’re probably glad that the fire alarm went off, because evacuating the building contributes to your Fit-Bit steps for the day.

Your uniform consists of tight Lycra Nike leggings and a black top, making you seem like some sort of mythical gym ninja. 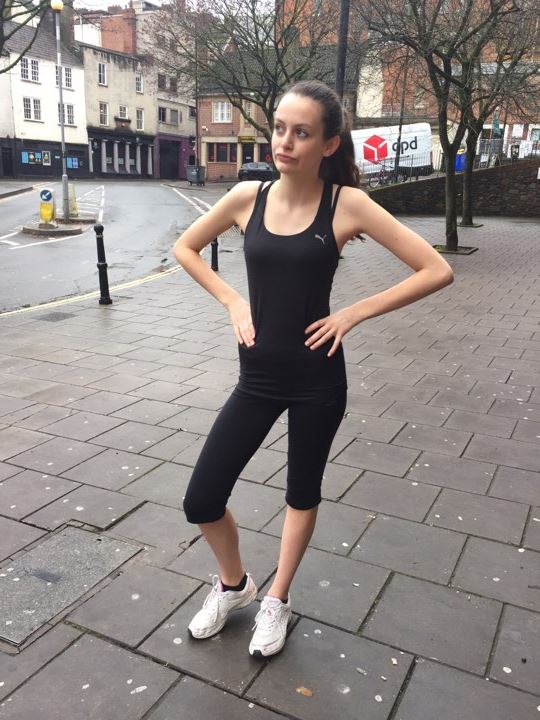 ‘Did you know that if the fire-alarm went off every day, you’d be doing an extra 600 steps?’

You can usually tell who set off the alarm by their attire.

Grace goes for inconspicuously simple fashion, jeans and a top, maybe even a jacket if they’ve set it off before and know it can get chilly.

They’re eating an especially crispy piece of toast, standing away from their flatmates who are pretending like they don’t know them. You can guarantee that they’re the one to blame that for taking time out of your day when, once again, you were seriously going to open your computer to start work at any minute.

It’s their fault that now you have to watch an extra episode on Netflix so that you can hear something other than the fire alarm before you start your essay that’s due tomorrow. 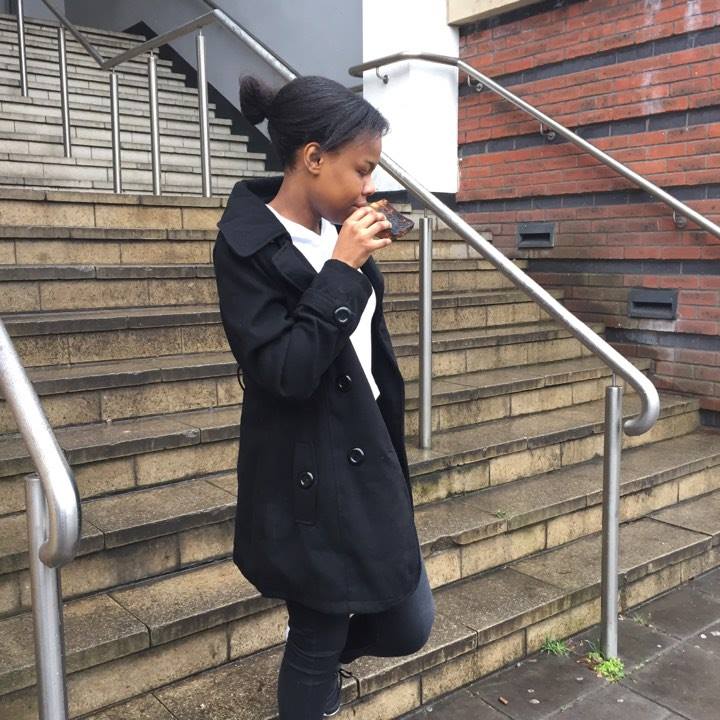 Grace’s prepared ensemble says it all

It’s a known fact that waking up still intoxicated the day after ordering too many Jägerbombs is a high possibility.

Sometimes, you are just too drunk to face the same stairs you threw up on just hours before.

In fact, word has it that after you just consumed a fresh batch of hash brownies, the fire alarm went off.

You decided that the best option to avoid getting caught was to hide in your wardrobe while your flat was searched, thus granting you with unlimited outfit options. Très chic. 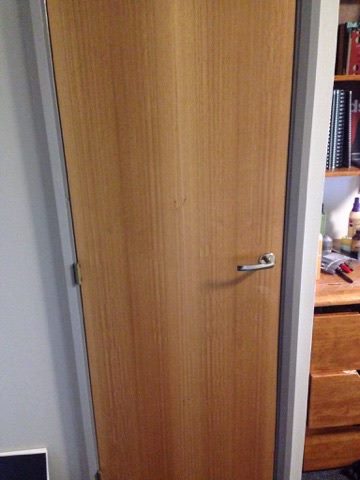 As funny as looking at the different states of people during a fire alarm can be, I can’t wait to live in a house where I know that when it goes off, I’m probably in danger.

Whether you’re a Gym-Bunny Becky or a Guilty Grace won’t matter as there wont be a crowd of people judging your outfit choices silently. Bliss.