Pointless events are the only thing keeping Facebook alive

It’s safe to say that for many of us, Facebook is no longer our favourite social media platform. With it being over a decade since its launch, the once unique charms of the site are now available elsewhere.

I can’t deny that, along with Instagram, Snapchat, Twitter and my online banking account (that I return to every morning hoping that my dire financial situation was just a cruel dream), everyday without fail, I check my Facebook app. But why? Why do we continue to use a site that, since the creation of other favoured apps, has theoretically become obsolete?

We gave up on “poking” one another long ago and I haven’t had a FarmVille request for at least a year. And yet, there are things that exist in the Facebook ether that still have the power to entertain us. Funny people of the Facebook world have created for us ridiculous pages that make Facebook a site worth visiting – and it all began with one man: 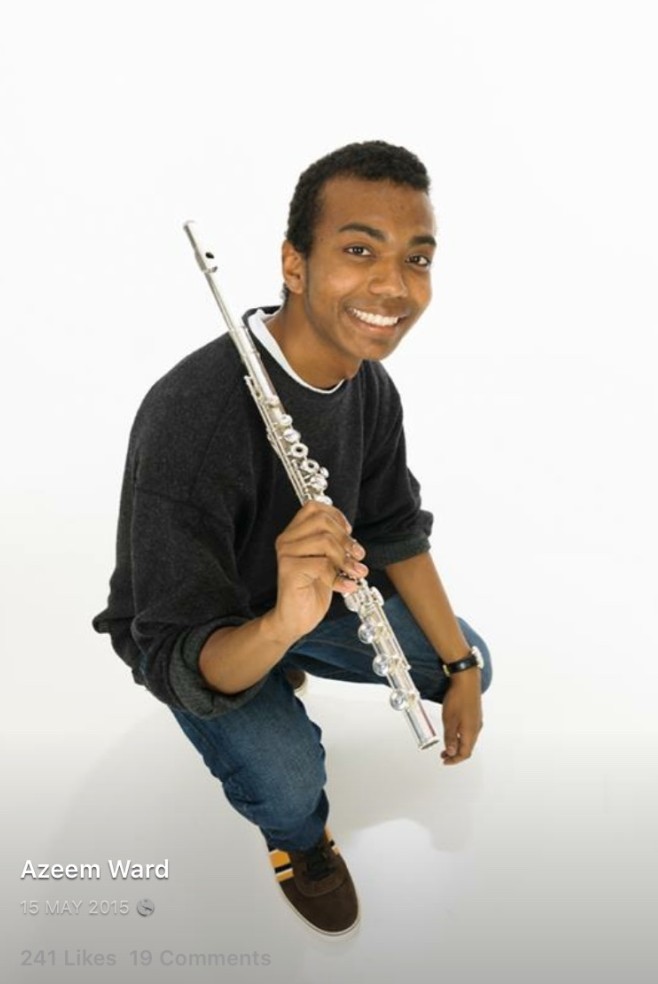 Ever since Azeem Ward’s flute recital, the word of Facebook events has never been the same. Thank you Azeem. These events keep the world spinning, they give Facebook a raison d’être. 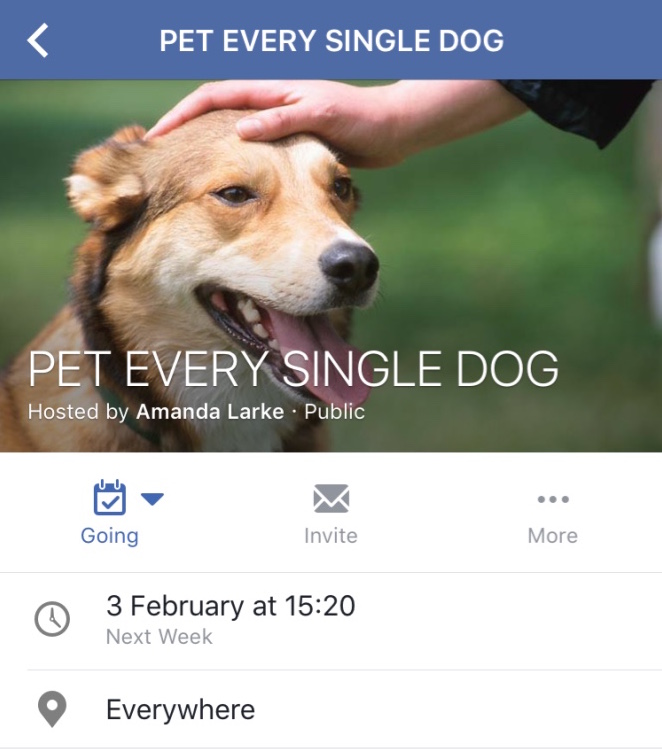 And that is an order 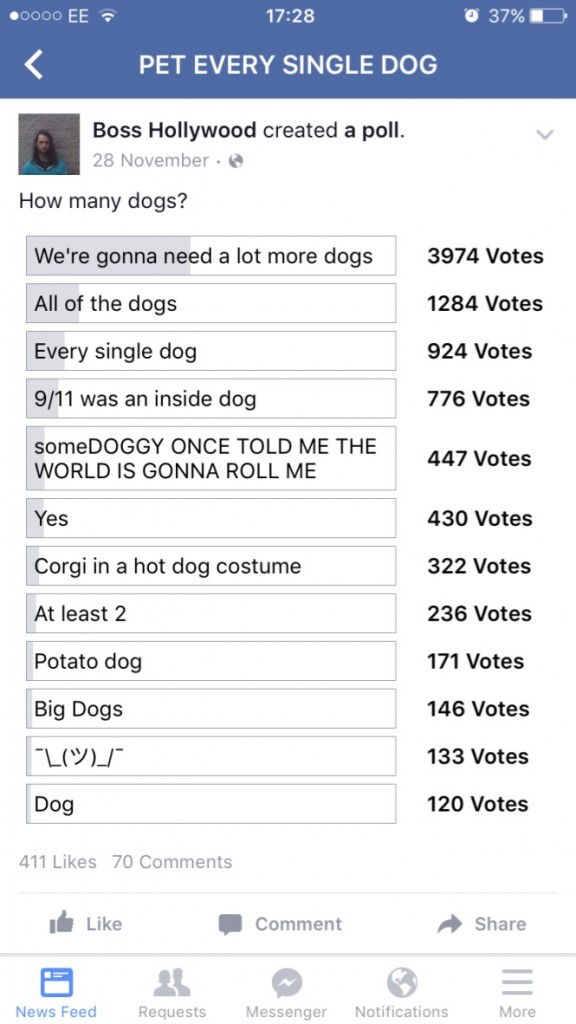 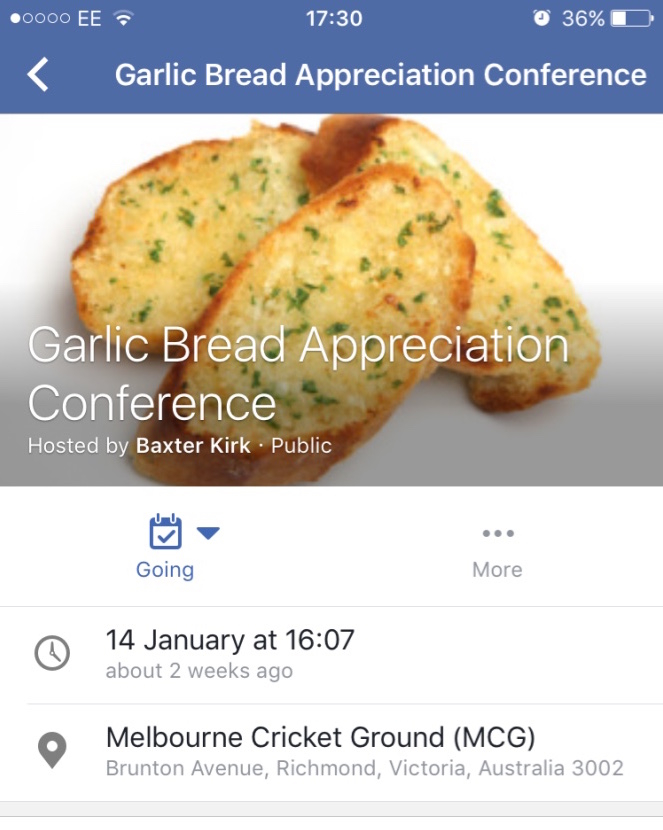 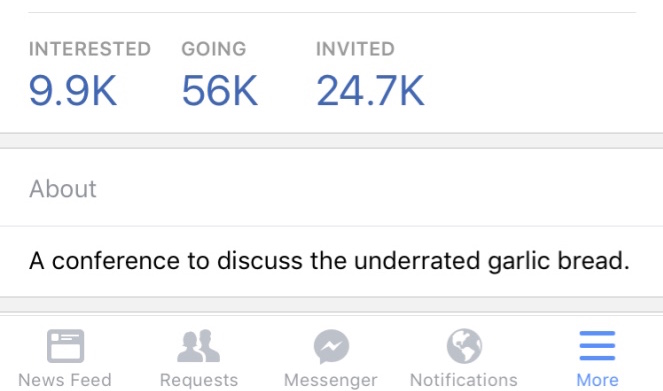 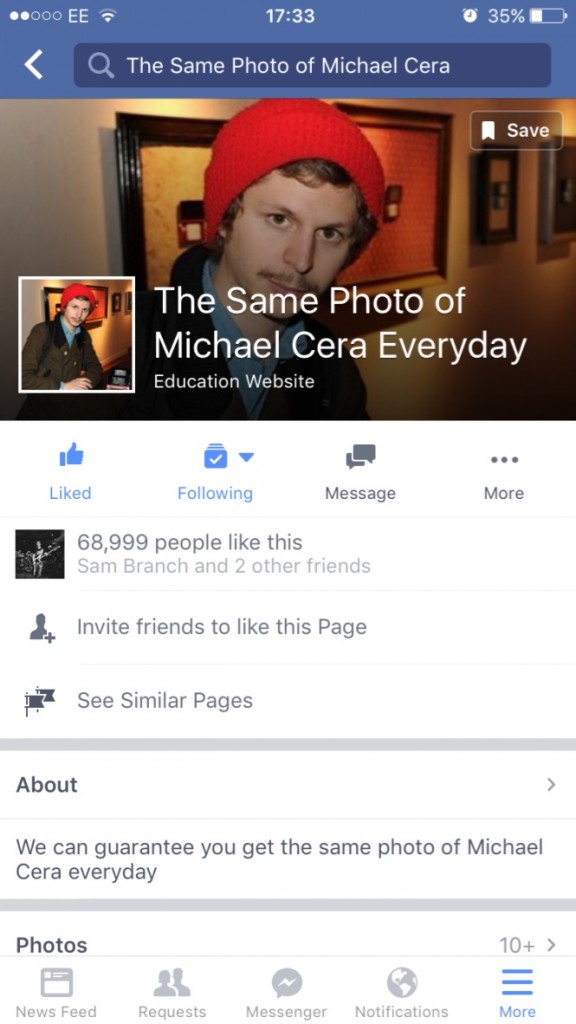 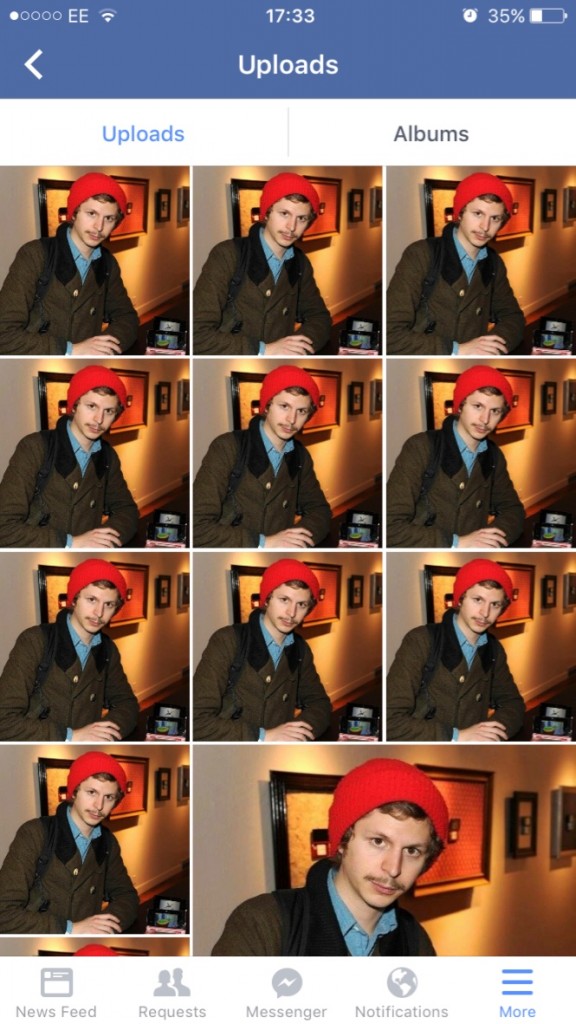 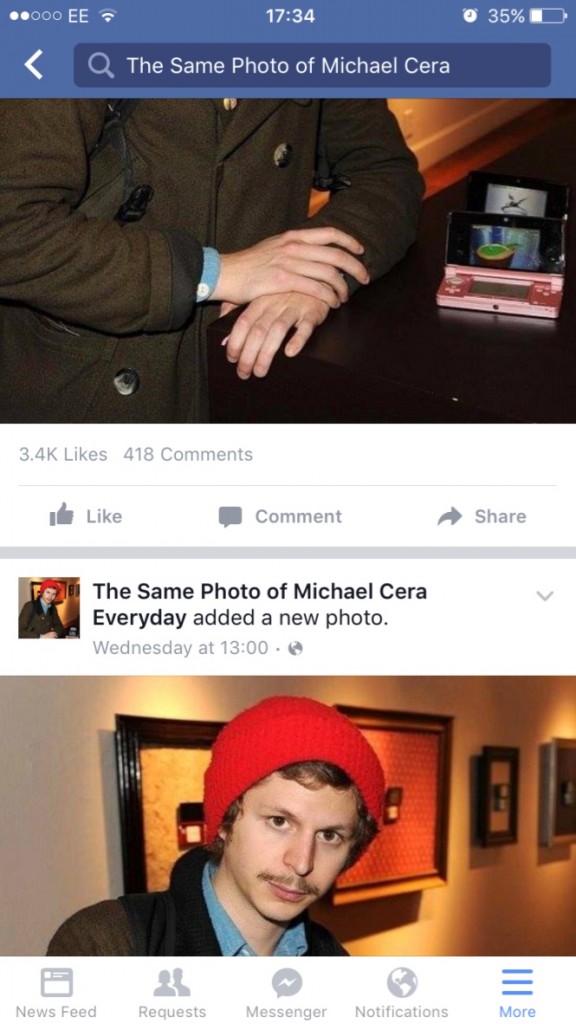 It really does what it says on the tin 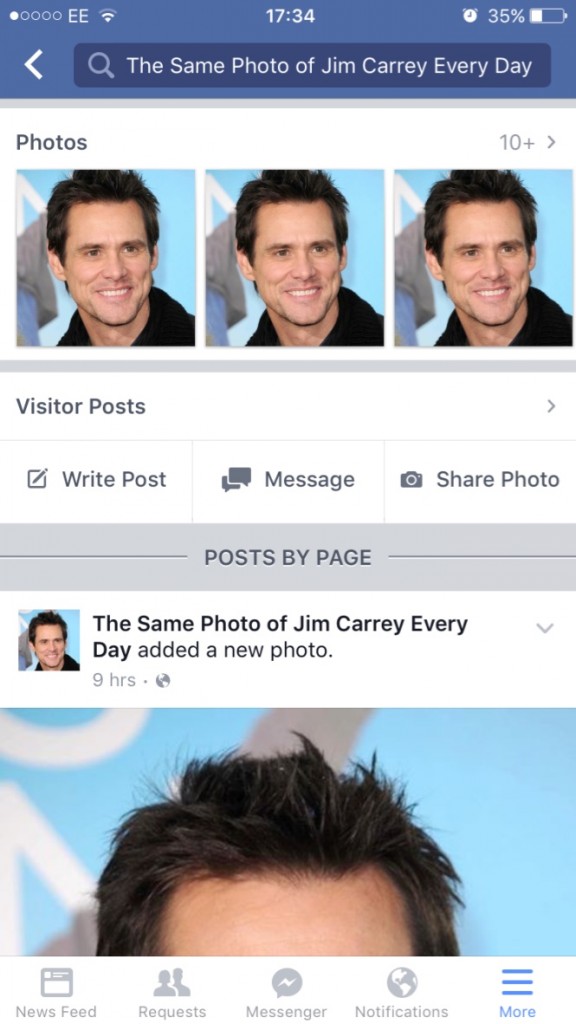 Listening to drake and crying 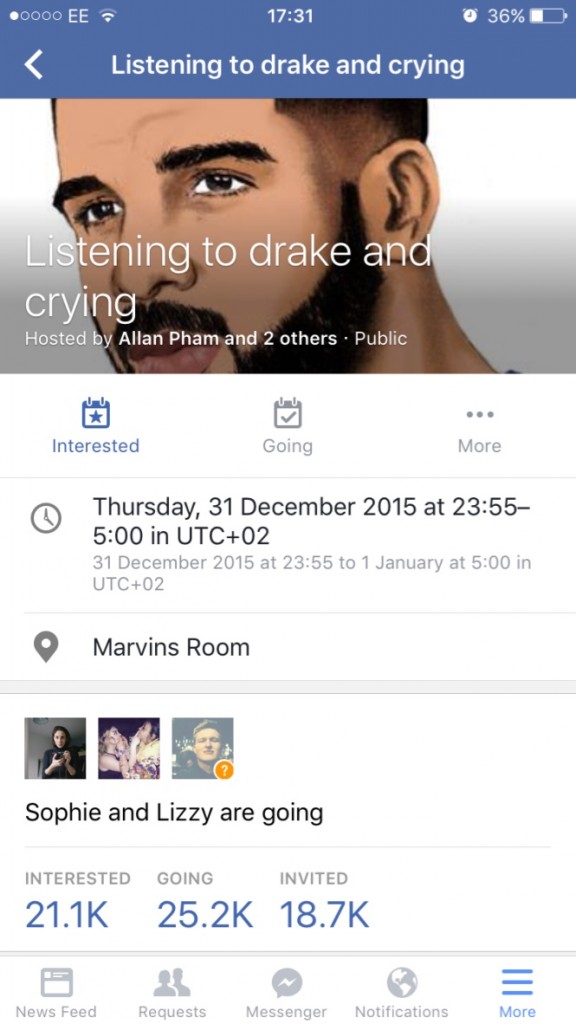 See you in Marvins Room 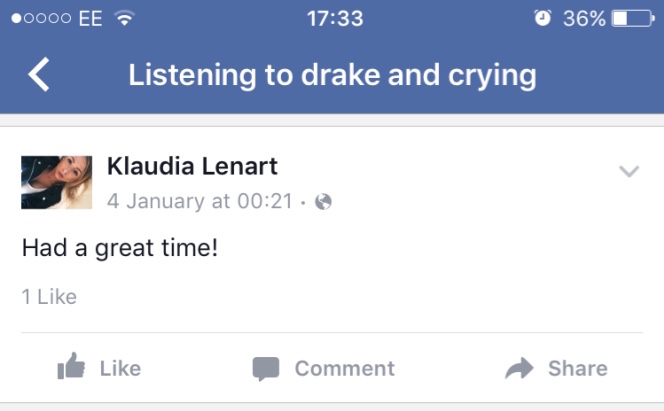 It was a great success

And last but not least… 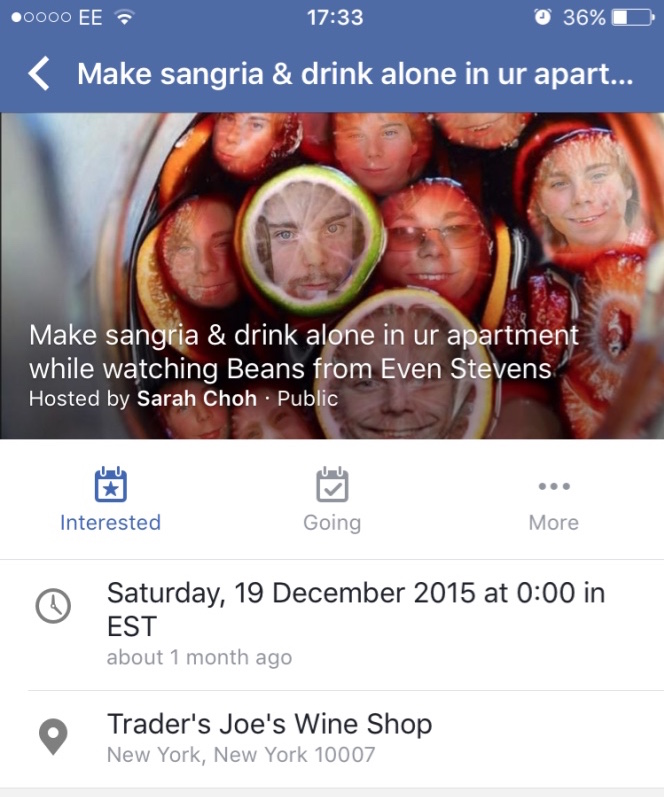 The cover photo though 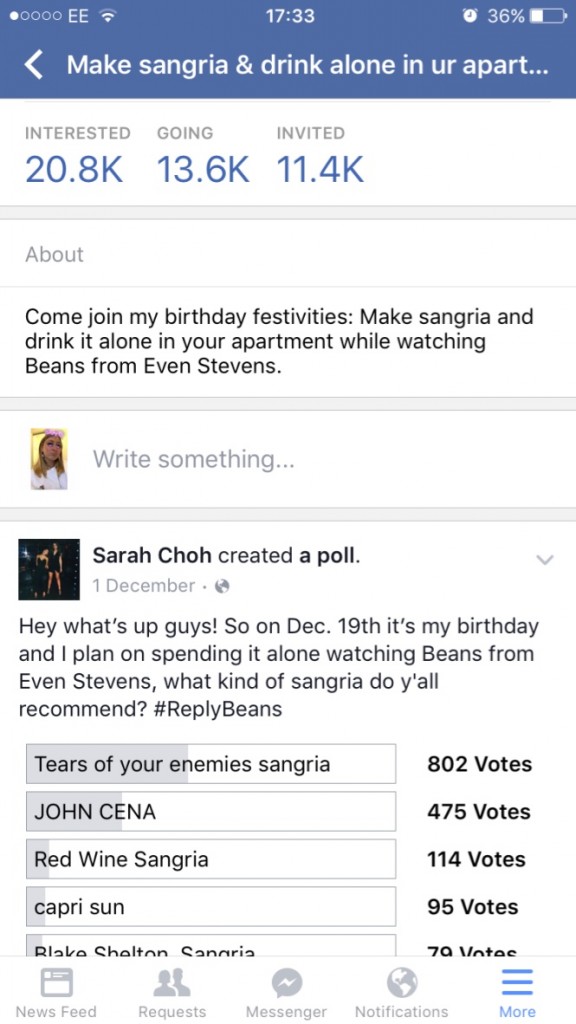 Tears of your enemies sangria

Without pages such as these, Facebook would simply be a monotonous and fruitless scroll of the timeline. So thank you, Facebookers of the world: I can’t wait to see the same photo of Michael Cera again tomorrow.