Eyebrow slits are back

Everyone with a pulse knows the trends of the 1990’s are well and truly back. Grunge, plaid, chokers and jelly shoes are coming back strong and helping you to look your wavey best.

Last week model Chloe Norgaard demonstrated a slightly more controversial look: two slits shaved into her eyebrow. The reactions were almost overwhelmingly positive, with the image being used in national newspapers as an example of the “new trend”.

But beneath the admiration and adulation of journalists and fashionistas were a slew of troubling accusations from commenters.

Ranging from “were I’m from tha £@$T SIDE that’s sqaad shii cut it out bitch” to “Eyebrow slits is old…I guess it’s only noticeable when a famous person do it so they can make it a trend”. The comments raised an ugly question – are eyebrow slits another form of cultural appropriation? 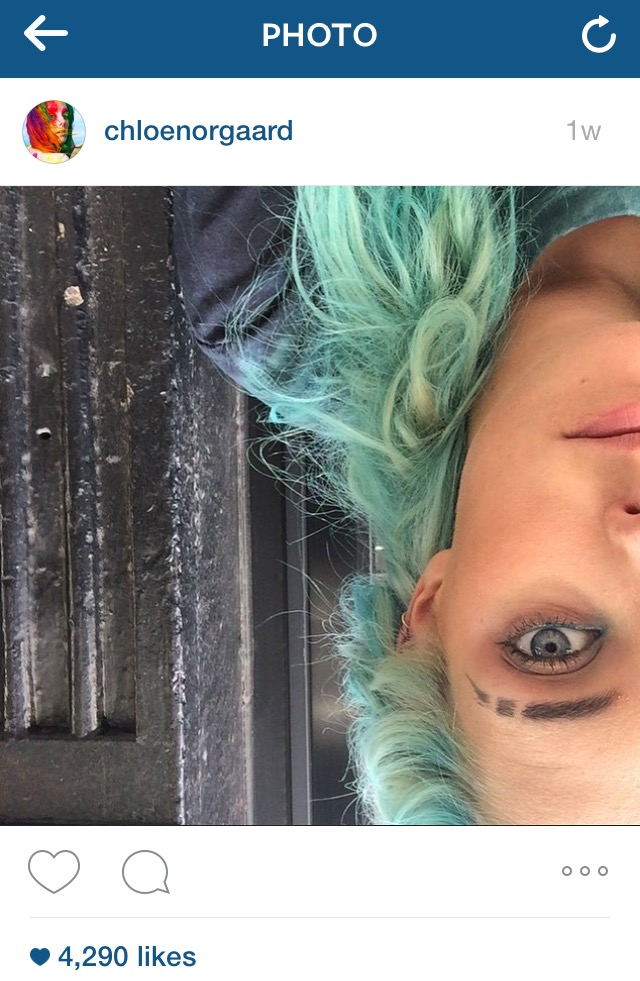 The roots of this trend lie in hip-hop, where “slits” are actually called “cuts”. Some say they’re meant to look like scars, giving the wearer a tough appearance. Made iconic by the rapper Big Daddy Kane and hip hop artists like Bow Wow, their latest incarnation has been the product of white women like Norgaard.

I spoke to London makeup artist Natasha French about her take on it all. “I suppose there are different reasons why people do it” she said, “such as following a trend or to identify with a particular group.” Natasha didn’t brave the trend herself as a teenager as she was worried about possible regrowth issues, but says she’s “very much in favour of people expressing themselves in whatever way they feel comfortable.” 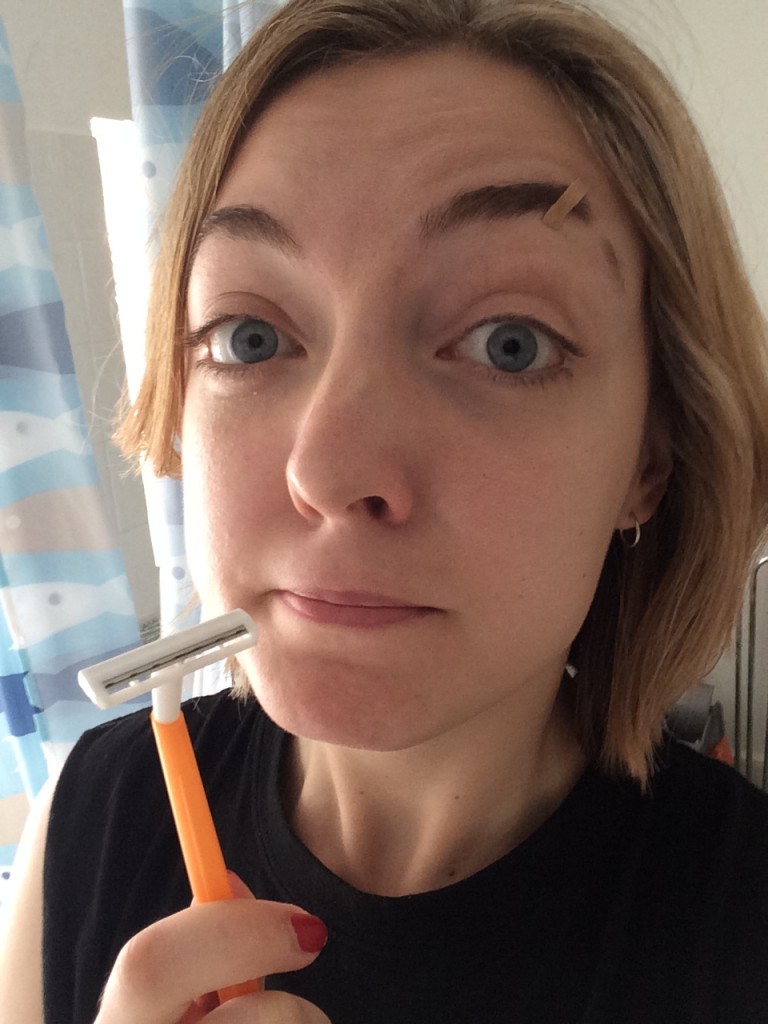 Got myself in a hairy situation

For those of you wanting to try it this trend but unwilling to take a razor to your face, there are internet tutorials on how to fake the look with makeup.

But this is The Tab, and we don’t do things half-heartedly, so I shaved two slits in my eyebrow, practising with a bit of sticky plaster to guide me. Sadly, my natural brows get fairly sparse towards the ends leaving me looking a little patchy. Time to fleek up and take some selfies. 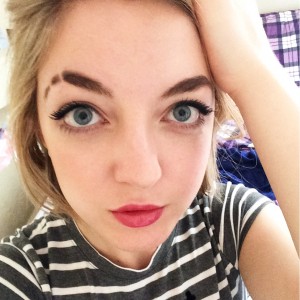 I decided to post to Instagram and send a moment on tinder for good measure. Remarkably, people were very positive about my new look online and in person, calling it “bold”. A journalist from Denmark called Maja Gronholdt even asked if she could use my picture in an article for a paper called the Metroxpress. Random – yes – but also super flattering.

Natasha said once the brows were filled in the cuts appeared more defined and I agree. It’s also relatively easy to fill in the cuts if they’re nearer to the edge of the brow. So if you cut your brows and don’t love your look you can just fill them in with your usual makeup.

Online everyone seems to like the new look and I’ve had no hate or accusations of cultural appropriation. This was something of a disapointment. I almost wanted somebody to question my choice.

To find the trolls I knew I’d have to go under the bridge of the internet: to Reddit. I posted my picture on there and Imgur and in the time it took to have a shower I had already gotten the hate I was waiting for. Commenters described me as “angry” and “dumb”, said I looked like a psycho and, finally, that it turned them off. No offence Reddit users: I wasn’t particularly turned on by you guys either. 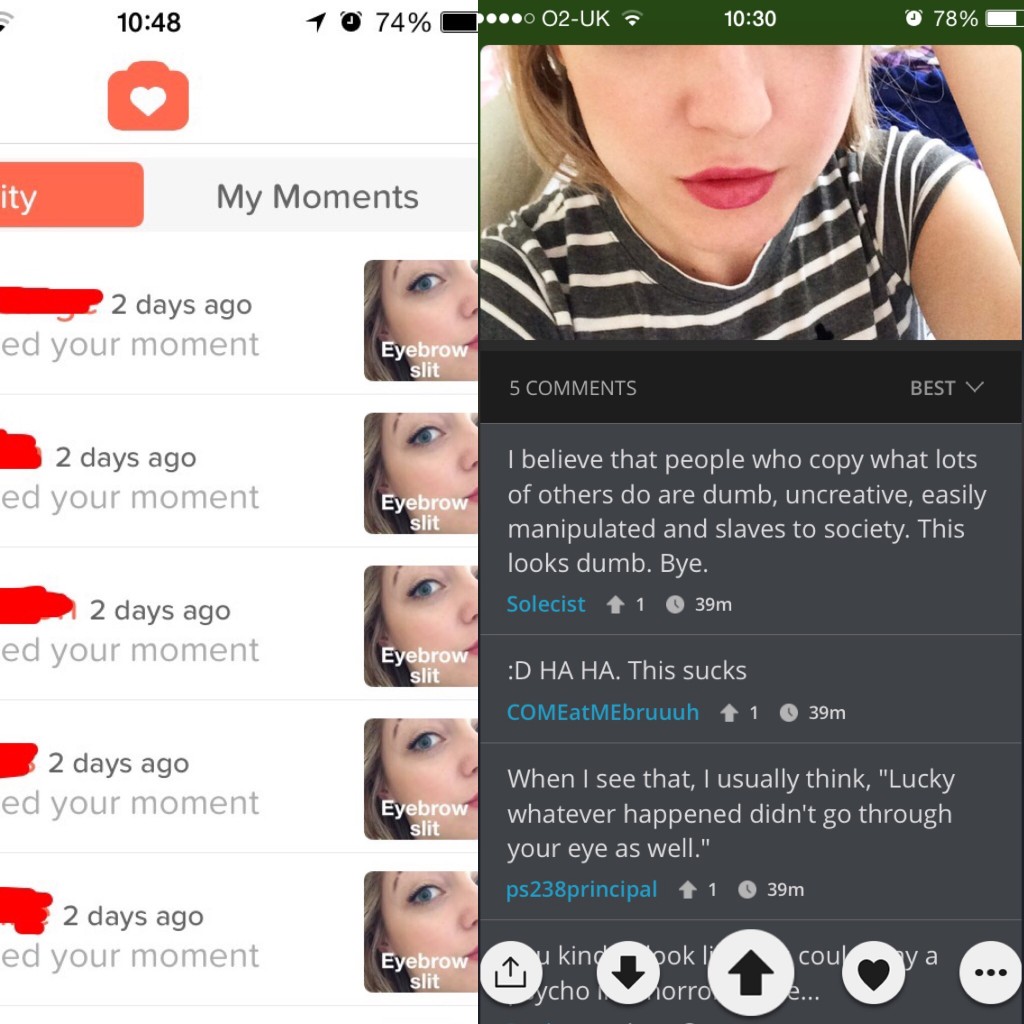 Lots of love from Tinder, not so much online

To put cuts in your eyebrows is a risky trend in more ways than one. People seem to love it or hate it. But then again, what trend isn’t controversial?

Cutting slits into my eyebrows was a choice I made to explore something fresh, raw and relevant, not for my own personal style. I probably wouldn’t wear them again, but I found myself feeling very defensive of the trend nevertheless.

As a white woman I feel like I can’t accurately say what is cultural appropriation and what is not. Throughout this experience nobody, online or in person, has accused me of cultural appropriation, but it’s still hard to ignore the fact that this trend stems from hip hop and I know almost nothing about its significance or symbolism.

It goes without saying they’re your eyebrows to dye, pluck and shave as you wish. Fashion and beauty is about expressing yourself and being happy and confident in how you look. It’s about having the balls to style yourself in ways other people would never dream of and pull it off with aplomb.