The Tab brought legendary landlord/badass Rob Ho to the attention of Bristol students and in return he gave us a sword.

When Britain’s coolest landlord and local celebrity, Rob Ho, emailed me saying he wanted to give The Tab a thank you gift for our recent articles about the great man I assumed he was going to give me the classic present of a box of Quality Street.

It turned out I had underestimated Bristol’s Bruce Lee. When I walked into Rob’s office, he presented me with a sword – a prop that has been used in a number of his films and one he says he’s “kept just in case someone kicks off with one of [his] tenants”. 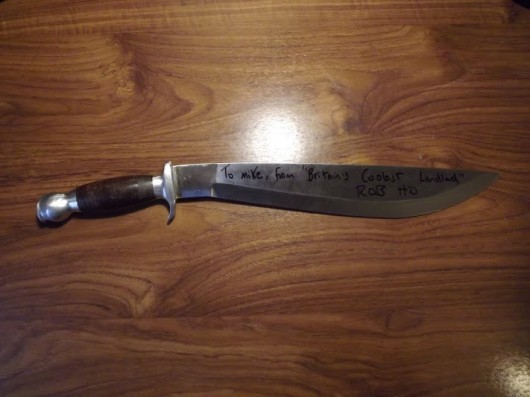 He also revealed that he is currently coaching a certain university lecturer in the martial arts, the identity of whom The Tab will reveal next term.

If any of you needed proof of the extraordinary power wielded by The Tab, the landlord legend revealed that since our exclusive interview was published, he’s been stopped by crowds of students asking him if he is “THE landlord”. 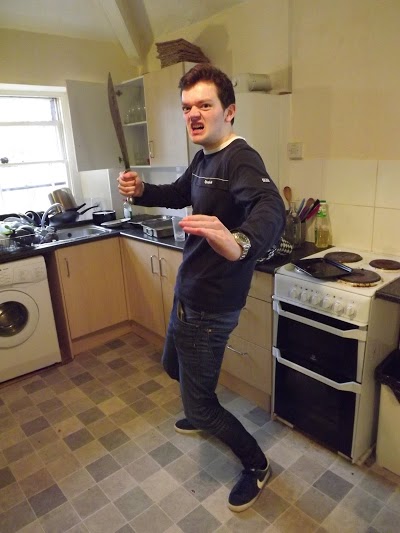 My attempt at being Rob Ho

Later, Rob revealed on Facebook that the sword is part of his plan to “train” Tab writers to be an army of “Ho Soldiers”, so that by next summer the entire team will have acquired, “……a very particular set of skills……skills that would make them a nightmare for the ‘bad elements’ in this city……”. 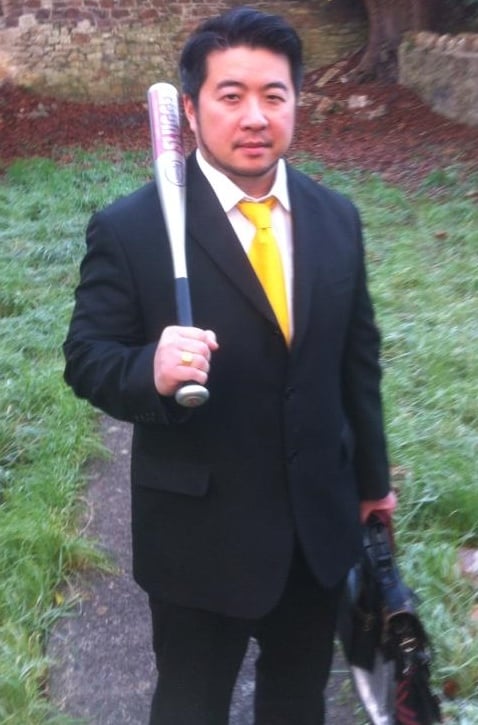 Watch out Epigram, Rob Ho’s got our backs.

Rob first featured in the Tab back in November.

We first met the actor, writer, director, producer, stuntman, fight choreographer, martial arts specialist and Bristol landlord back in November when we wrote a profile of the one man (fake) death machine.4

Specialising in ‘street self-protection’ and trained in multiple martial arts, Rob has mixed with Hollywood A-listers such as Jim Carrey and Daniel Craig. In fact, he told us there was a slightly awkward moment when Carrey whacked him in the face with a prop during filming for Kick-Ass 2.

“Carrey was meant to hit me around the face and he actually did so by accident”, Rob told The Tab. “He rushed over all apologetic and asked if I needed medical attention, but I insisted we get on with it”. 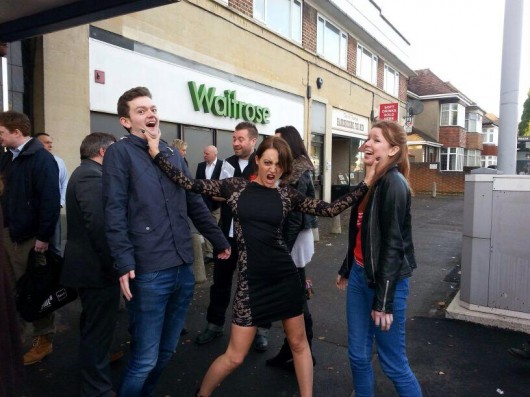 The Tab with Landlord: Time to pay the rent cast member Dionne Vincent

His martial arts abilities haven’t just come in useful on-screen. Rob told the Tab about an incident a few years ago where a tenant interrupted some potential intruders who were checking out the property. What was Rob’s response?

“I picked up my baseball bat, headed down there and spent the evening in the property. I take the safety of my tenants very seriously”. 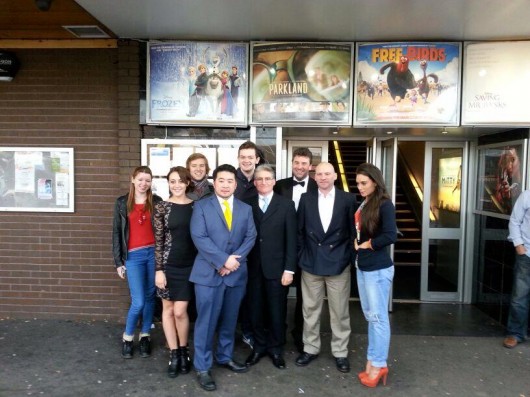 The glitzy premier of Landlord: Time to pay the rent

Mr. Ho has also starred in the box office smash Skyfall and his own independent film Landlord: Time to pay the rent.

Landlord premiered recently in Bristol in a glitzy opening ceremony attended by a number of big-screen stars including Rob, his co-star Zara Phythian and a bloke off of Skyfall. 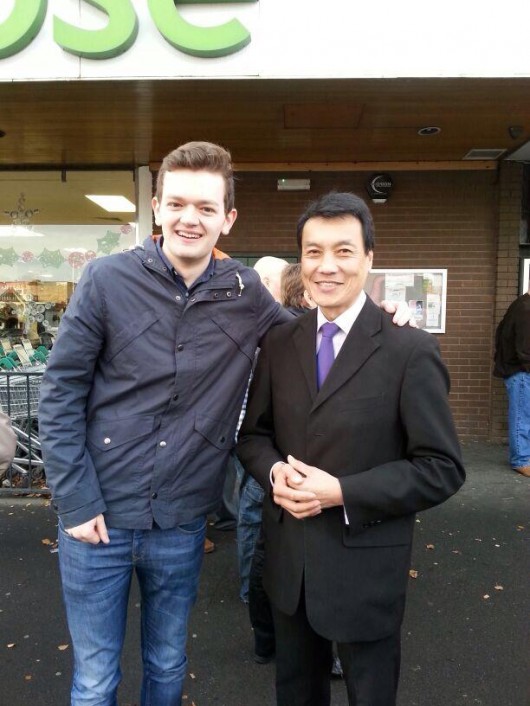 Bloke off of Skyfall (right)

At the premiere Rob also revealed an exclusive insight into the filming of his next release, entitled Vigilante.

He told the Tab: ““When we arrived on location, we encountered two very suspicious men who said they’d been ‘looking after’ the building and ‘protecting’ it. I didn’t believe them. Anyway, I think they got the message – they soon ran away.”

If other girls hate you, then this is probably why