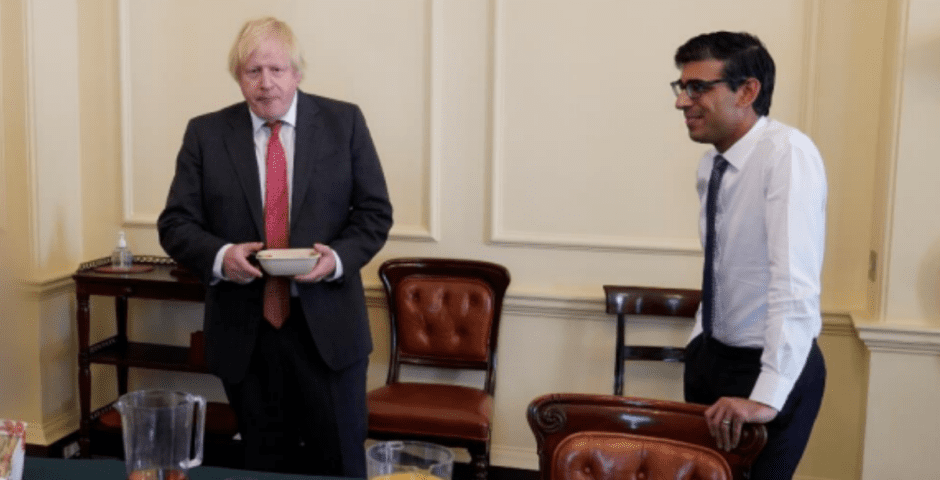 It says she found “failures of leadership and judgment in No 10 and the Cabinet Office”. Leaders in government attended the events investigated, and “many of these events should not have been allowed to happen”.

According to the report, some junior staff believed they were allowed to attend these “given the attendance of senior leaders. The senior leadership at the centre, both political and official, must bear responsibility for this culture.”

The report says that “many of these gatherings” were not in line with Covid guidance, regardless of “whatever the initial intent” behind them was.

Based on the outcome of the police investigation, it also says that 83 individuals who attended these events were in breach of Covid regulations and guidance.

The report says progress has been made in addressing issues raised by an initial update of “general limited findings” earlier this year. “There have been changes to the organisation and management of Downing Street and the Cabinet Office with the aim of creating clearer lines of leadership and accountability and now these need the chance and time to bed in.”

Guidance has been issued to all government departments to have “a clear and robust policy” in place over consumption of alcohol in the workplace.

The report also found that some staff had “witnessed or been subjected to behaviours at work which they had felt concerned about but at times felt unable to raise properly”, mentioning “multiple examples of a lack of respect and poor treatment of security and cleaning staff” and calling this unacceptable. It said steps have been taken to make raising concerns more accessible.

The report’s findings say: “Whatever the initial intent, what took place at many of these gatherings and the way in which they developed was not in line with Covid guidance at the time. Even allowing for the extraordinary pressures officials and advisers were under, the factual findings of this report illustrate some attitudes and behaviours inconsistent with that guidance. It is also clear, from the outcome of the police investigation, that a large number of individuals (83) who attended these events breached Covid regulations and therefore Covid guidance.

“I have already commented in my update on what I found to be failures of leadership and judgment in No 10 and the Cabinet Office. The events that I investigated were attended by leaders in government. Many of these events should not have been allowed to happen. It is also the case that some of the more junior civil servants believed that their involvement in some of these events was permitted given the attendance of senior leaders. The senior leadership at the centre, both political and official, must bear responsibility for this culture.”

It ends with saying that “what disciplinary action should now take place” is for others and is outside the scope of Gray’s report: “Nothing set out in this report can be taken as constituting a disciplinary investigation or findings of fact appropriate for such a purpose.” However it does say that the public have a “right to expect the very highest standards of behaviour” in government, and Sue Gray believes the events in the report do not reflect the majority of staff in government and the Civil Service or the “prevailing culture” in these at the time.

In a statement to Parliament, Boris Johnson apologised for the short gathering in the Cabinet Office, for which he was fined. He said he takes full responsibility for everything that happened on his watch. He set out “context”, saying hundreds of people work there.

He attempted to justify being present at some of the leaving dos in Sue Gray’s report, saying it’s appropriate to thank people for leaving and that his attendance at these events has been found to be acceptable.

However he said he was “appalled” at what he learned, and in particular was shocked at how security and cleaning staff were treated, saying officials should apologise to them.

Boris Johnson said Sue Gray has said she is pleased progress has been made in addressing the points she raised initial update of the report, and said there have been changes at No10 including staff.

Labour leader Keir Starmer said it is a “monument to the hubris and the arrogance of a government that believed it was one rule for them, and another rule for everyone else”. He said: “This prime minister is steering the country in the wrong direction”, and went on to say: “You cannot be a law maker and a law breaker.”

This is a breaking news story and will be updated.

• Just ‘get a better job’ if you’re struggling with the cost of living crisis, says Tory minister

• ‘I really don’t like hypocrisy’: Even young Tories are fed up of Boris Johnson