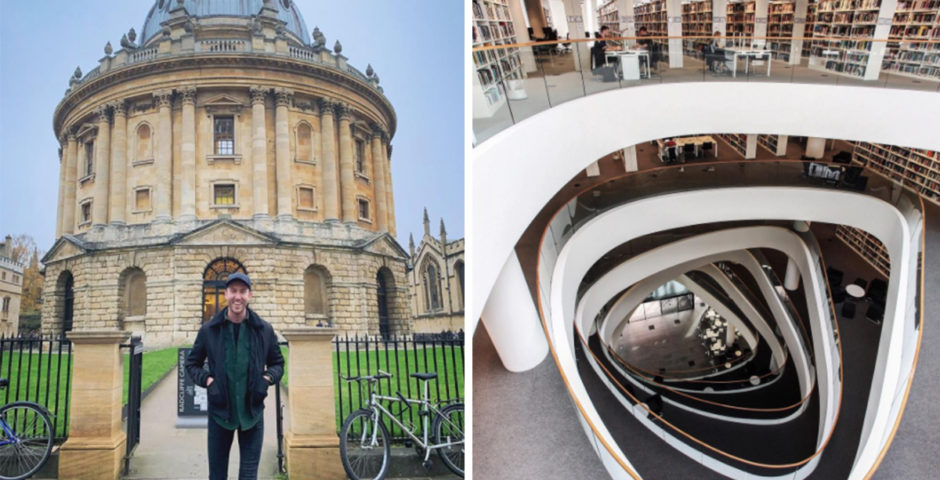 Ranked: These are officially the UK’s most Instagrammable university libraries

Yes, the biggest thing about university is getting a degree. But in reality, we’re all in it for the vibe and a good time. And let’s be real, a huge part of the vibe check is whether or not your uni is serving for your feed. The UK has some pretty impressive university libraries, which most definitely get the Instagrammable seal of approval.

Theknowledgeacademy.com has investigated which truly are the UK’s most popular beautiful university libraries according to Instagram data. The site took 200 uni libraries and found which is the most picture-perfect, based on how many hashtags it has on the app there. Here’s what was found and where your library ranks – if it makes the cut, that is.

Just about making it onto the list is Brotherton Library in Leeds. The Brotherton Library is a 1936 Grade II listed Beaux-Arts building with some art deco fittings, located on the main campus of the University of Leeds. This library has had 636 hashtags on Instagram, most of them being pictures of the very, very impressive interior.

Sure, Man Met’s Library is pretty. But the real star of the show here is the other university building which comes in at the perfect angle, if you get your uni shot completely right. Plus, the building is surrounded by some gorgeous greenery, which may explain why there have been 1,143 hashtags here.

Look at this interior. LOOK AT IT. It’s literally a work of art, it has blown my mind. Are you at all surprised that The Sir Duncan Rice Library in Aberdeen, named after Duncan Rice, a previous Principal of the university, has had 1,370 hashtags? You shouldn’t be. This is the only Scottish uni library which made it into the top 10 ranking.

In seventh we have the library at LSE, with 1,470 hashtags on Instagram. The building, with its impressive spiral staircase, is the largest library in the world devoted to the social sciences.

The stunning Modernist design of Charles Holden’s Senate House Library in London has provided a stylish backdrop for many famous films and television programmes. This includes the Batman franchise, as both the Batman Begins and Dark Knight Rises films used Senate House extensively for filming. James Bond can be seen in the Macmillan Hall of the building in the latest film, No Time To Die. On Instagram, there have been 1,595 hashtags here.

Of course Cambridge and Oxford had to have a mention in a ranking of the most Instagrammable UK university libraries. The Cambridge entry is in fourth, having 2,124 hashtags here. This is the largest of the over 100 libraries within the University.

In second place, John Rylands Library (University of Manchester) has 22,135 hashtags on Instagram. The John Rylands Research Institute and Library is a late-Victorian neo-Gothic building on Deansgate. The interior is like something out of a Harry Potter film, wow.

• Ranked: These are officially the most Instagrammable UK university campuses

• Could you get into Cambridge? Answer these bizarre interview questions and maybe