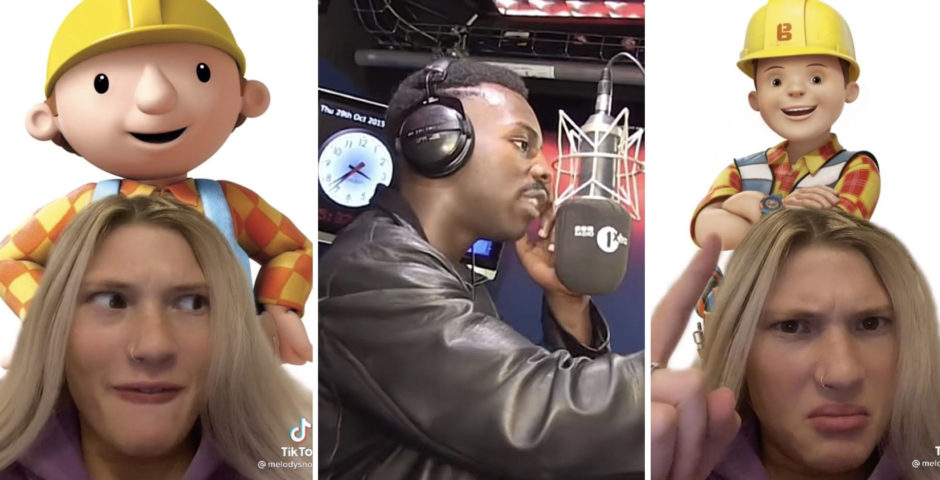 Right where is the ‘that’s not my son’ TikTok sound all over your FYP originally from?

Back in the day, me and you baby…

Help. SOS. I can’t stop rapping along to these stupid lyrics that are going viral on TikTok. The lyrics go “Back in the day, me and you baby, we used to have fun / until you delivered that baby, look that’s not my son!” to the timeless, classic, song of the summer instrumentation of Get Lucky by Daft Punk and Pharrell Williams. I literally can’t get it out of my head, and needed to urgently know where it came from. Is it a real song? Is it not? Who is behind the practically Shakespearean bars? This is exactly where the “that’s not my son” TikTok sound is originally from:

Okay so it’s from a mockumentary called #HoodDocumentary

Remember that meme of the man pointing to his temple and smirking captioned with some kind of illogical decision framed as being a smart move? It was a huge Twitter trend in 2017. That meme was of the character Reece Simpson, AKA RS (also AKA Roll Safe) in a mockumentary titled #HoodDocumentary. The show was a BBC Three web series on YouTube written by and starring Kayode Ewumi as RS, and was all about a filmmaker following RS around London as he tries to be the next big thing on the grime scene.

What is the trend the sound’s used for?

In a nutshell, TikTokkers are using the sound to showcase things they used to love, but have now gone a bit shit. A prime example being I’m A Celebrity: Get Me Out Of Here. For the first line “Back in the day, me and you baby, we used to have fun” has a pic of the I’m A Celeb jungle on screen, and then for “until you delivered that baby, look, that’s not my son” it would transition to the crap castle in Wales. Jokes explained are never funny, but it’s comedy gold on TikTok, I promise.

• Right, who the hell sings that ‘caught a vibe’ song on TikTok

• Right so who the hell are Libby Mae and Katylee and why are they all over TikTok rn?