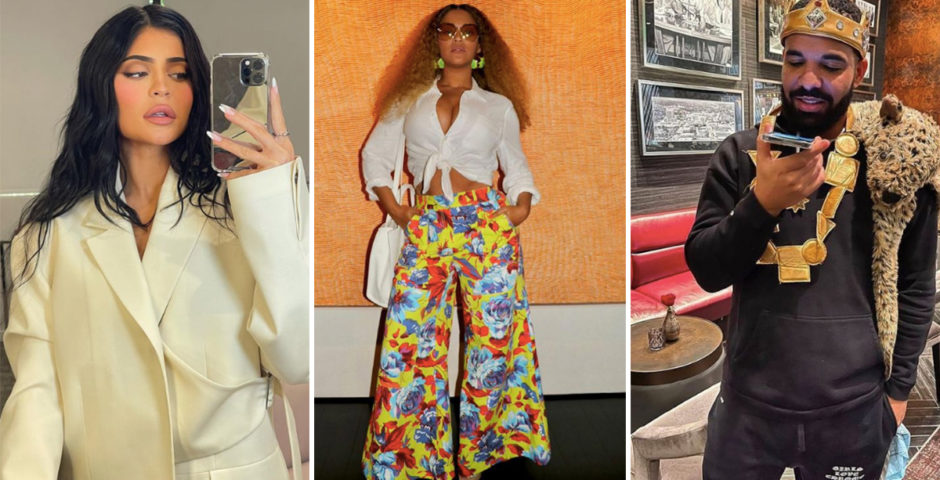 Here’s what Beyoncé, Drake and other celebrities have said about the events at Astroworld

Kylie Jenner said she and Travis are both ‘broken’ and ‘devastated’

On Friday night last week, the first day of Houston’s Astroworld Festival ended in tragedy when eight people were killed in a stampeded that broke out during Travis Scott’s show. Hundreds of people were also injured amongst the crowd of 50,000 according to TMZ. On Saturday night, Travis posted on Twitter and promised his support following the events of Astroworld Festival and so did other celebrities. Later on Saturday, Kylie Jenner shared an Instagram story and other celebrities then followed.

Beyoncé shared her love for the victims on Twitter

Beyoncé tweeted saying her heart goes out to every person affected by the tragedy in Houston. Beyoncé said: “Praying for the families and loved ones of the victims.” 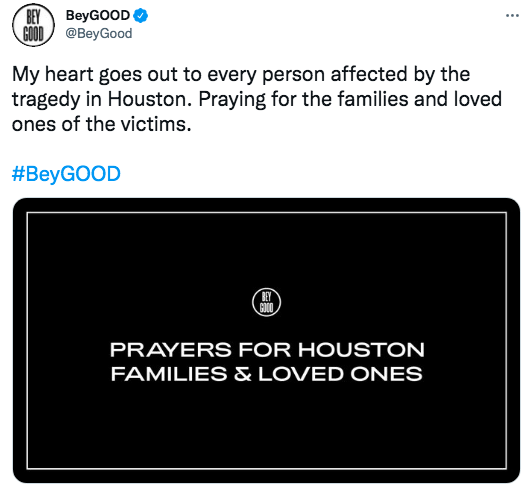 Drake has released this statement saying his ‘heart is broken’

Drake posted a statement on Instagram about the festival which said: “I’ve spent the past few days trying to wrap my mind around this devastating tragedy. I hate resorting to this platform to express an emotion as delicate as grief but this is where I find myself. My heart is broken for the families and friends of those who lost their lives and for anyone who is suffering. I will continue to pray for all of them, and will be of service in any way I can. May God be with you all.”

SZA performed at the festival and tweeted her support

SZA shared her support for those who have lost loved ones at the festival. In a tweet, she said: “Speechless about last night. I’m actually in shock and don’t even know what to say. Just praying for everyone in Houston, especially the families of those that lost their lives.”

Khelani said this should never have happened

In a tweet they posted about Astroworld, Kehlani said: “Not enough prayers in the world for the families of these kids and the kids themselves. Not enough. No compensation could amount. This should never ever, ever in a million years happen.”

Kid Cudi said what happened at Astroworld was ‘messed up’

In a Tweet, Kid Cudi said: “Really messed up about the news at Astroworld. My heart goes out to the families who lost a loved one last night and everyone who was injured. Sad fucking day man.”

Kylie said: “My thoughts and prayers are with all who lost their lives, were injured or affected in any way by yesterday’s events. And also for Travis who I know cares deeply for his fans and the Houston community.”

She continued: “I want to make it clear we weren’t aware of any fatalities until the news came out after the show and in no world would have continued filming or performing. I am sending my deepest condolences to all the families during this difficult time and will be praying for the healing of everyone who has been impacted.”

• Wait, are Kylie Jenner and Travis Scott back together?