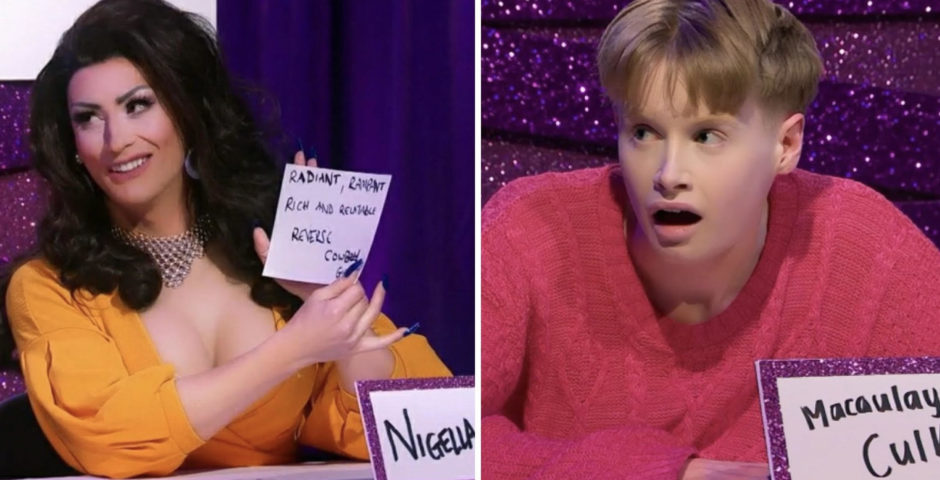 From Charity Shop Sue to Nigella Lawson, all of life is here

Hmm. How do I describe the Snatch Game episode of Drag Race UK season three? In a word: hell. Very hell. Potentially season ruining – and I do not say that lightly. But for once, it wasn’t a load of naff celebrity impersonations that made the episode one of the worst in franchise history, it was what came later that dragged this episode to the dogs. Snatch Game wise? Not a true disaster in sight. Who was the worst? Who slayed it? Here are all the Snatch Game performances of Drag Race UK season three ranked!

River Medway has stolen my heart this season, and seeing her leave this week is just absolutely gutting after her excellent performance the last two weeks. It just feels unsatisfying. But that aside, I do think her Amy Childs was at the bottom of the pile and her runway was by far the worst look on the main stage. River is so talented, but Amy Childs was just not a fun or culturally relevant choice. Not a total disaster, but just a missed opportunity.

You know what? It wasn’t THAT bad. I actually think Krystal nailed a lot of Sue’s mannerisms and got the accent right, but the judges were completely correct in that it wasn’t her joke – it was just the jokes Sue already does. Sue is the character, Sue is the joke. It’s hard to come up with new stuff when your character is already in role?

Vanity Milan’s Miss Kingston has exactly the same issue as Krystal Versace’s Charity Shop Sue, it wasn’t bad, but just couldn’t really get anywhere. It was one note, and left her vulnerable to be outshined by her competitors.

Look, I adore and cherish Kitty Scott-Claus and I need her in the final. But this Gemma Collins was just any gay doing a GC impression. Just the quotes we all know and love recited on a Snatch Game panel. Nothing more, nothing less.

Choriza May being in the bottom two this week was a national disgrace. Her Margarita Pracatan was a safe and fine choice, not the standout but definitely no fail. And her runway was literally the most gorgeous she’s looked all season. It’s horrific that she will no longer be the highlight of every episode going forward. She had a good episode?! JUSTICE FOR CHORIZA MAY!

Fair play to Scarlett – she listened to Ru’s advice and ended up playing to her strengths as Home Alone era Macauley Culkin. The gag worked really well and it was such an out of the box choice. I definitely don’t think Scarlett played it safe, which is absolutely to her own credit after two weeks of major struggling.

An EXCELLENT night for Ella Vaday, and she deserved her win for her spot on Nigella and sickening runway. Ella’s theatre training was a godsend and really shone through with her improv skills. Ella has been doing steadily well this season, but after this absolute triumph (and a horrible double elimination of my top two queens of the season) she’s set herself out now as the front runner.

Catch up on Drag Race UK season three now on BBC iPlayer. For all the latest Drag Race memes and Netflix news, drops and memes like The Holy Church of Netflix on Facebook.