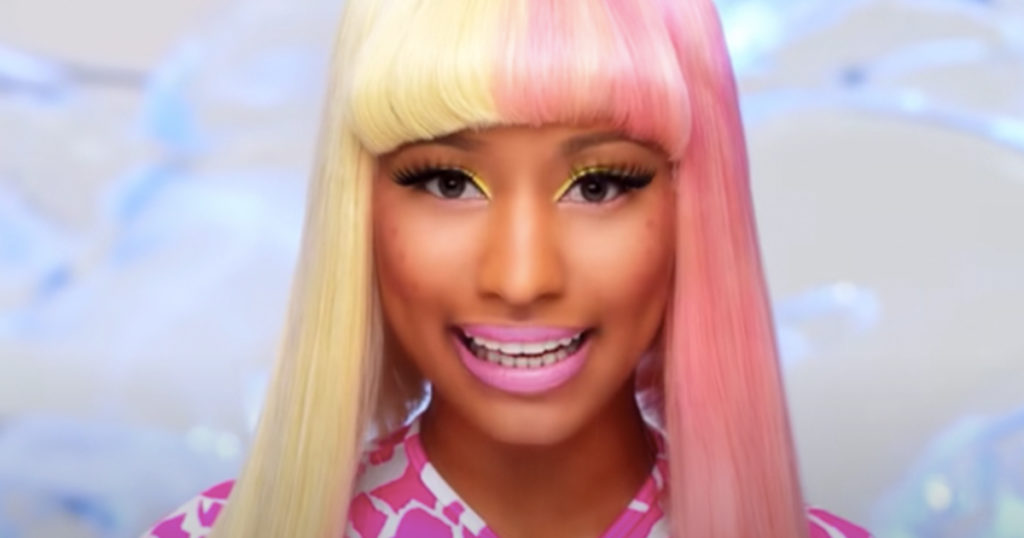 From mugging off Jessie J to rowing with Chris Whitty: Here are Nicki Minaj’s biggest dramas

She should’ve been cancelled a loooooong time ago

In the latest Nicki Minaj controversy, she has been ranting on Twitter and sharing her problematic thoughts on the coronavirus vaccine. But throughout all her controversial opinions on why she doesn’t want the jab, yesterday’s really sparked a wildfire. She somehow ended up being mentioned in a Covid press briefing and her fans are now slamming the likes of Chris Whitty, Boris Johnson and Piers Morgan – a mental crossover.

Her opinions on the vaccine have naturally caught the eye of just more than her own Twitter following. And when you deep it, it’s actually pretty fucked. How has she got this far without being cancelled? This isn’t the first time she’s not been called out for her behaviour either. Yeah sure, she’s got talent and a funny online presence but that doesn’t make her exempt from being in the wrong.

Here is every time Nicki Minaj should’ve been cancelled. But before we dive in, let’s debunk what the hell happened during yesterday’s press conference and on Twitter:

Because Nicki wasn’t vaccinated, she had to miss out on attending the Met Gala this year. But instead of having a classic case of FOMO and avoiding looking at all her mates having fun at the Met Gala, she was tweeting about her mate’s balls swelling up. I wish I was joking. She tweeted: “My cousin in Trinidad won’t get the vaccine because his friend got it and became impotent. His testicles became swollen. His friend was weeks away from getting married, now the girl called the wedding off.” Naturally, her Tweet has over 89,000 retweets and almost 130,000 likes.

Her claims were addressed in yesterday’s press conference. Chris Whitty said: “There are a number of myths that fly around, some of which are just clearly ridiculous and some of which are clearly designed just to scare.” He then continued to say those who spread these myths “should be ashamed”. Nicki sourced the video of Chris speaking about her on Twitter and then tweeted it. She said: “I love you even though I guess this was a diss? The accent ugh! Yassss boo!!!”

To cut a long story short, Boris Johnson got involved. Nicki’s Twitter rant then took aim at him but instead of typing she shared her thoughts in an iconic voice note.

She got a lot of laughs yesterday but it’s like everyone forgot the main part of what she was spreading about the vaccine. She’s suggesting things which make her look like an anti-vaxxer. Also this isn’t the first time Nicki Minaj has had an overlooked controversy. Here’s a rundown of every single time Nicki Minaj dodged cancellation:

In the early stages of her career, Nicki Minaj identified as bisexual. However, in an interview with Rolling Stone in 2010, she said that was for attention. She said: “I think girls are sexy, but I’m not going to lie and say that I date girls.” Then in May 2020, she addressed her sexuality again in Doja Cat’s song, Say So. In a verse, Nicki sings: “Used to be bi, but now I’m just hetero.” The lyric received backlash from the LGBT community and some people accused her of bisexual erasure

She’s has a history of publicly supporting alleged abusers

When Nicki Minaj started dating her husband, Kenneth “Zoo” Petty, her fans weren’t happy. Petty is a registered sex offender from a 1995 conviction of attempted rape. In 2006, he pleaded guilty to manslaughter and served seven years in prison. Recently, he pleaded guilty for failing to register as a sex offender in California and as a result he may face 10 years in prison. Just last month it was reported that both Nicki Minaj and Kenneth were being sued by a sex assault victim. The 43-year-old woman filed a law suit alleging the couple harassed her and tried to make her take back her claims.

Nicki also failed to publicly address the reputation of her older brother, Jelani Maraj, who was found guilty for the sexual assault of a child in November 2017. In 2020, her brother was sentenced to 25 years for child rape.

She publicly embarrassed Jessie J in an argument over Bang Bang

Nicki suggested Jessie J begged to be a part of Bang Bang, which they released together with Ariana Grande back in 2014. Last month in August, Nicki shared a screenshot of an article by Glamour which showed Jessie J saying “Nicki was played it in the studio and was like ‘I’ve got to jump on this’. We didn’t go to her and ask; she wanted to do it.'” She said: “Babe, I didn’t hear the song and ask to get on it. The label asked me to get on it and paid me.”

.@NickiMinaj clarifies that she didn’t ask to join “Bang Bang” after Jessie J said so in an interview with Glamour Magazine:

“Babe @JessieJ I didn’t hear the song & ask 2get on it. The label asked me2get on it & paid me. How would I have heard the song? 😩” pic.twitter.com/Q7i8yol5pA

Back in 2019, Nicki released her single, FEFE, but her fans were upset with who featured on the album. Nicki created a track with rapper 6ix9ine who was convicted in 2015 for using a child in a sexual performance. However in the music video for FEFE, which came out four years after he was convicted, the aesthetic is childlike and candy-land vibes. On top of this, Nicki defended her decision to work with 6ix9ine and claimed he was her new “BFF from Brooklyn”.

• QUIZ: Are you more Chris Whitty or Nicki Minaj?