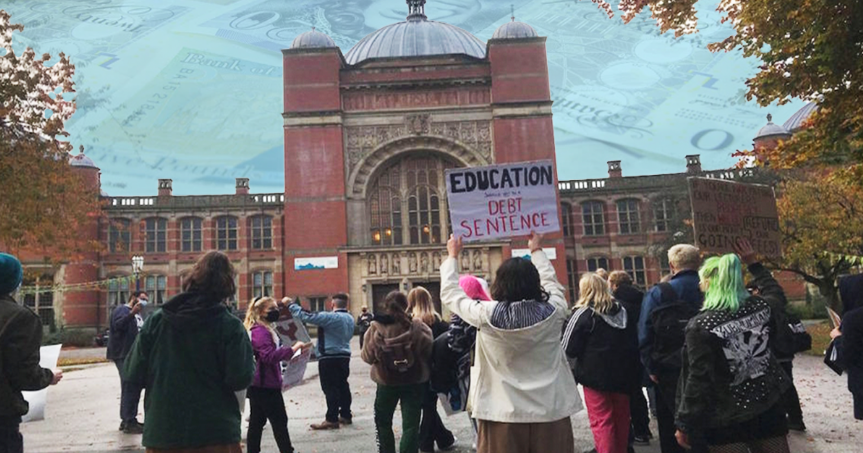 Exclusive: The UK’s unis have refunded just £800,000 in tuition fees because of Covid

Less than 7 per cent of the 2,600 students who asked for a refund actually got one

Just one in 14 students asking for a tuition fee refund due to the impact of the pandemic have been successful.

Figures collected by The Tab show that the UK’s universities have paid out just £822,000 in tuition fee refunds since the start of the pandemic. That’s the equivalent of 88 students receiving a full year’s fees back.

A number of universities have turned down hundreds of requests, while others told The Tab they have a blanket policy ruling out refunds.

Of 504 students to ask the University of Leicester for a refund, just two were successful. At Cardiff, 123 students asked for a refund – just two actually got any money back.

At Northampton and Strathclyde, around 200 students apiece unsuccessfully requested refunds.

In total, The Tab found that 2,647 had asked for Covid-related tuition fee refunds since the start of the pandemic, but just 185 had got any money back – a success rate of just seven per cent.

However, some universities did give large amounts of refunds. Bath gave £484,522 back to students – over half the national total – for an overseas trip that was cancelled, as well as for a cancelled site visit and cancelled “specialist opportunities”. Stirlng refunded £72,000, and King’s College London refunded £64,000.

Elsewhere, universities stood firm. Exeter outright said it was refusing any requests for refunds, while Dundee also said its policy had been “no refunds” since the start of the pandemic.

“In line with the expectations of government, Universities UK, and the Office for Students, the University’s position remains that we will not be offering refunds or compensation for tuition fees in light of the COVID-19 pandemic,” Exeter told The Tab.

Yet, publicly at least, universities minister Michelle Donelan has said: “It is up to universities if they want and believe that they’re not providing adequate learning that is up to that value, they could themselves issue a discount. The government doesn’t have the final say on that.”

Last week, Gavin Williamson hinted that universities not offering in-person teaching from September could be expected to provide fee refunds.

“I think if universities are not delivering, not delivering what students expect, then actually they shouldn’t be charging the full fees,” he said.

The route to refunds is complex for students. The process involves first complaining to your university, and then escalating to the Office of the Independent Adjudicator (OIA), which has the power to overrule universities. A few students have received Covid refunds from the Office of the Independent Adjudicator after their universities refused – including one student who got £5,000 back over lost teaching during the first lockdown.

However, in 2020 the OIA received just 500 complaints related to the pandemic – a fraction of the refund requests rejected by universities.

In May, a group of Students’ Unions called for every student to get a £2,700 tuition fee discount. Writing to the government, the group said: “We are asking for immediate financial justice for Covid-affected cohorts of university students.”

The Tab asked over 130 universities if they’d refunded students after receiving Covid-related requests. Just 25 of those who responded confirmed they’d given refunds. A number of unis refused to disclose how much they had paid in fee refunds – arguing that this could lead to individual students being identified.

• There will be no restrictions on in-person uni teaching next term, says Gavin Williamson

• Revealed: Five unis have sacked staff for having sexual relationships with students