Drag Race: The only bad thing about All Stars 6 is that a queen has to go home

Forget the rules and just crown them all

I truly don’t think I’ve known happiness for the last year in the way that All Stars 6 manages to make me happy week on week. It’s the kind of TV that I spend my whole day thinking about. The only thing about this season of All Stars that isn’t working is that somebody has to go home.

Rusical week is always one of my highlights of a Drag Race season, but when the idea behind this year’s was announced in that werk room I audibly groaned. The idea of RuPaul songs headlining the Super Bowl is pure evil to me, and I’ve had a bellyful of hearing Sissy That Walk, Glamazon and Champion on loop in Drag Race challenges for the last 12 years – and they’re the GOOD Ru songs. We’ve already had rusicals like Bitch Perfect and VH1 Divas Live that used RuPaul songs in a new style, so I was deeply dubious on what this one would be bringing to the table. But you know what? I needn’t have even stressed.

It’s literally so hard to pick a bottom two

Every queen pretty much killed it in the Super Bowl challenge, so sending someone home just feels wrong! It’s satisfying to see queens go home when they’ve messed up or it’s their time, but with All Stars 6 everyone is just at the absolute top of their game.

It was so much fun in this rusical to let the queens pick their own artists to pay homage to. All the choices mostly let the queens play to their own strengths and lead to fun moments that we weren’t likely to get if the producers chose. It was so great to see Kylie Sonique Love thrive as Steven Tyler – an unconventional choice for a show so centred around pop music, but Steven Tyler’s style of performance is quite theatrical and lends itself well to lip syncing. Scarlet Envy continued her very solid All Stars 6 run with her extremely fun Katy Perry performance, Eureka’s Madonna was a hoot and Pandora’s Carol Channing was perfectly campy.

Yara and A’Keria wound up in the bottom, but honestly, A’Keria didn’t deserve it. Her Prince was honestly great, and she performed the hell out of it. The look was right, and it was a fun choice. I actually thought Ginger Minj was the weakest and deserved to be in the bottom. Fergie was a weird choice, as Fergie just doesn’t really have any iconic moments, dance moves or outfits to emulate and she just didn’t stand out.

Yara leaving was a major blow, but I agreed with the critique that her dancing as Shakira was a wow but the facial commitment and lip syncing was just off. I hope she gets to come back and dominate in the game within a game twist Ru is teasing week on week, because she’s a fierce competitor.

Jan and Trinity dominated the challenge like no other. Their Gaga and Beyoncé was so good that I’m going to need them to collaborate and recreate the entirety of the Telephone music video. Trinity KNOWLES Bonet finally broke that queens flopping as Bey on Drag Race curse and annihilated it like she’d known that choreography all her life. It was jaw dropping. 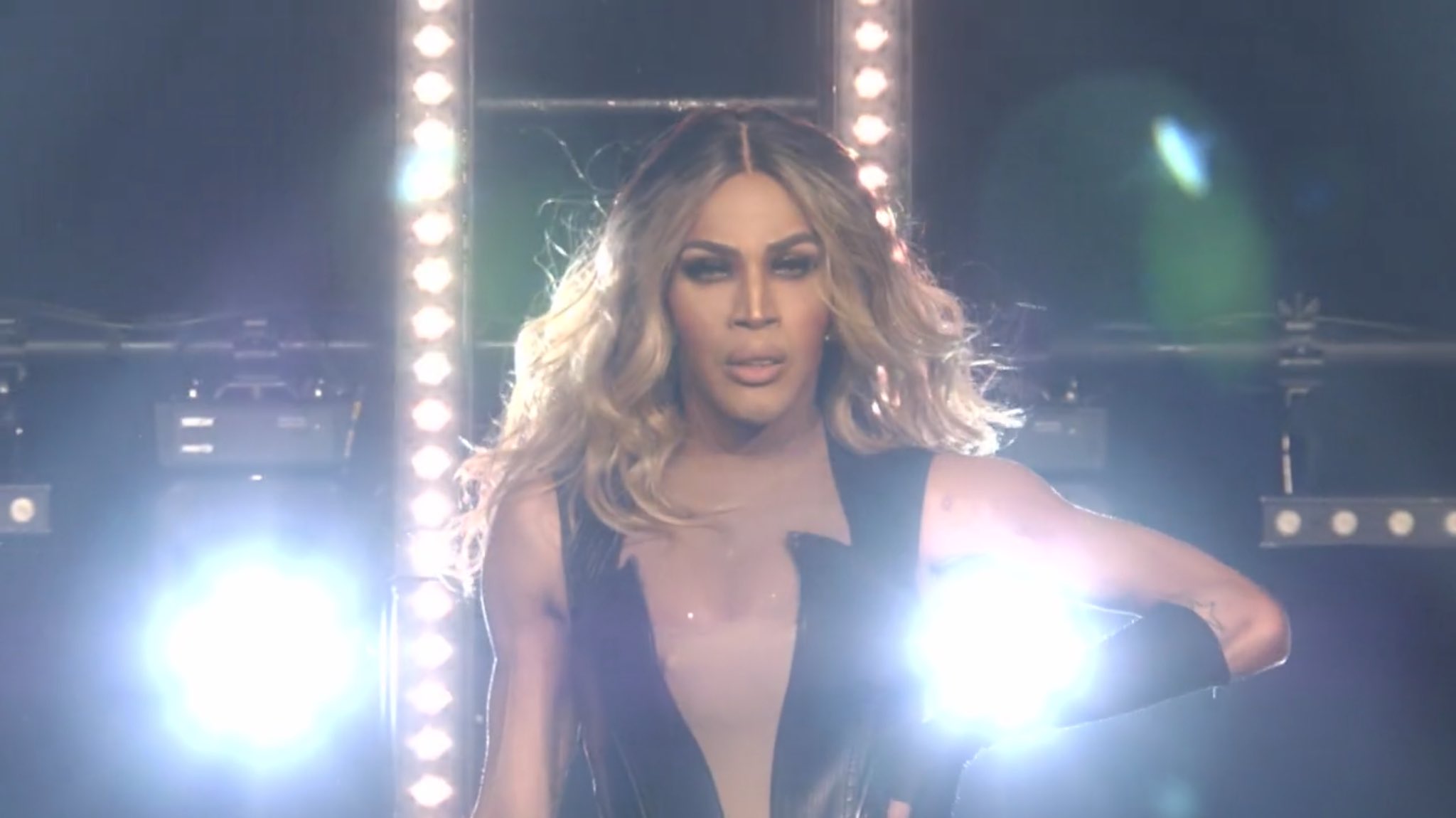 But this was Jan’s night. She finally got her first ever main challenge win on Drag Race, and her All Stars 6 run so far is proving her to be an extremely dominating competitor who really has it all. Her Gaga was incredibly nuanced and she really deserved her win.

Can we just discuss that runway???

The frills themed runway had some lows in Pandora and Eureka (and tbh, Trinity) but the highs? WOW. Ginger Minj looked the best she’d looked all season in her lavender look, Rajah looked gorgeous and Scarlet Envy is just the most beautiful woman I’ve ever seen bar none.

Jan’s look was like the Drag Race version of Lovely Ladies from Les Mis and it was a serve, but that runway belonged to A’Keria C. Davenport. Her flower reveal look that evolved into a train behind her was just what All Stars 6 runways should always be about. It was immaculately made, expensive looking and elevated to new heights. The best drag in the game.

LIP SYNC ASSASSINS ARE NAILING IT

I love that on All Stars 6, old school Drag Race legends who we don’t see or hear from as much as more prominent queens are getting their chance to come back and have a moment. Jessica Wild is quite off the Drag Race scene radar, she hasn’t popped up again since her tenure on season two. Getting her back as the assassin this week was a great choice, and she proved exactly why she was asked to come back. It wasn’t to the heights of Laganja last week, but moments like that come once in a blue moon and Jessica Wild did more than a great job regardless. It would be great to see her back as a competitor.

All Stars 6 is just going from strength to strength, and after season 13 and All Stars 5 where the format was feeling a little stale, I love that a cast of unexpected queens are continuing to prove what makes this show so great in the first place.

• Quiz: What legendary All Stars 6 queen are you really?