In the penultimate episode of the most recent series of The Crown, Prince Charles gets caught up in an avalanche on a skiing holiday and is nearly killed. Although he and Diana are okay, his close friend is killed. Many people have been wondering if this accident was as severe as it is implied on the show, as well as the name of the man who died, as it’s not revealed. Reports from the late 1980s confirm that it’s true that Charles nearly lost his life and that his best friends, Major Hugh Lindsay, tragically died after being caught in an avalanche.

The series doesn’t go into much detail of the accident, where they were skiing or who else was involved. It also appears that it wasn’t that well known when the accident happened as not many papers reported on it. Here’s a rundown of the true story of who was involved in the avalanche, when and where the skiing accident happened and the relationship between Major Hugh Lindsay and the rest of the Royal Family.

Who was Major Hugh Linsday and what was his relationship to the Royal Family?

Major Lindsay was known to be a close friend of Prince Charles and the rest of the family.

He served in the Army and then worked as an equerry to the Queen from 1983-86 before returning to the Army. He had married the summer before his death, a wedding which Prince Charles and Princess Diana both attended. At the time of his death, his wife Sarah was seven months pregnant, as shown in the show. Soon after, she gave birth to a girl.

His funeral took place at the Royal Military Academy, Sandhurst, and was attended by the Queen, the Prince and Princess of Wales and the Duke and Duchess of York.

After the avalanche hit, it was reported that the group dug Major Lindsay, aged 34, out of the snow and sadly found he had died. The Prince was reported to be “very distressed” and shocked. 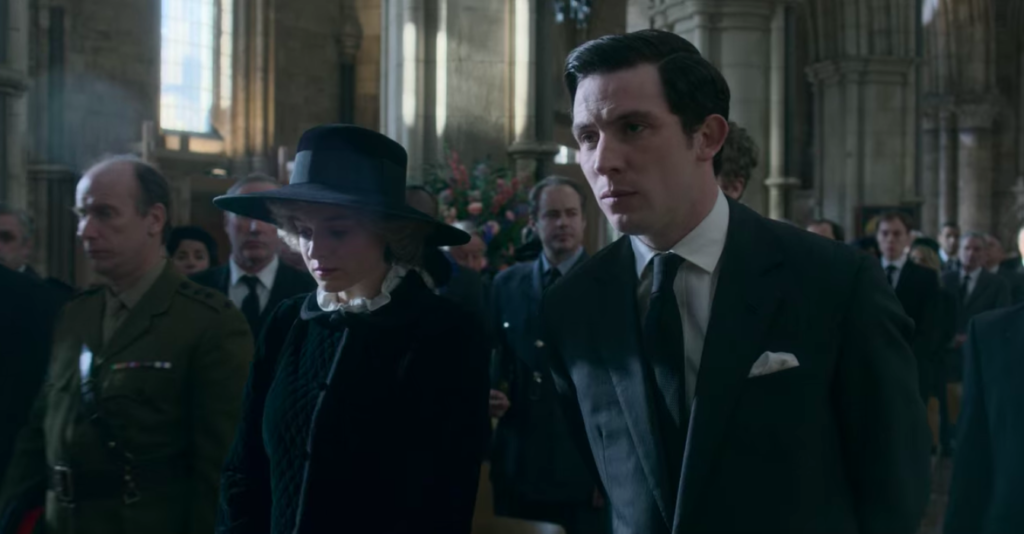 When and where did the skiing accident happen?

It was on the 10th March 1988. The group was skiing in the Swiss Alps on the Klosters resort. They were on The Wang Run, an off-piste black run which is known as one of the most dangerous runs in Europe.

The Wang had reopened for the first time that season and the warm weather had followed a period of heavy snowfall. Apparently, the Swiss Federal Avalanche Institute had warned of risks of avalanches above 1600 metres in the area. The Wang is more than 2000 metres high.

Who else was involved in the skiing accident when the avalanche hit?

According to reports, as well as the Charles and Major Hugh Lindsay, two close friends of the Prince were also there – Charles and Patti Palmer-Tomkinson. They were also accompanied by a guide and Swiss security officers. The Royal party also included Diana and Sarah, the Duchess of York.

The group were reported to be taking a short cut across the face of the mountain to start their final run at around 2:45pm when the avalanche struck. The Prince managed to safely ski away but Major Lindsay and Patti Palmer-Tomkinson were pushed 400 metres down the mountainside by the avalanche.

The guide used detection equipment to locate Patti and, with the help of the Prince and other members of the party, dug her out of the snow with their bare hands. The guide reportedly then gave her mouth-to-mouth resuscitation before she was airlifted to hospital. She had two broken legs and a collapsed lung.

A police official at the time told The Times that Prince Charles must have been “quite close to the avalanche”. The same newspaper quoted the helicopter pilot who attended the emergency as saying that the heir to the throne was “within feet of death when the avalanche struck”.

Other newspapers at the time criticised the group’s choice of slope. The Daily Telegraph wrote that is was “idiotic and dangerous”. • Here’s the real story behind Michael Shea, the Queen’s press secretary in The Crown

• How do you play Ibble Dibble? The deeply posh game in The Crown and Chalet Girl

• Who was Karen Smith? The woman episode three of The Crown is dedicated to