I’m sorry, but The Haunting of Bly Manor is Netflix’s stupidest show to date

The Haunting of Hill House was a brilliant series for how much it offered us in one package – you got the terrifying frights, you got storylines with many complex layers that explored the vulnerability of humankind, it really had it all. Unfortunately, the same cannot be said for its ugly sequel, The Haunting of Bly Manor. How they managed to fit so much incomprehensible stupidity into nine episodes is beyond me, and what’s worse? People are giving it rave reviews. Seriously, are we watching the same show?!

Underneath the often nonsensical storyline and the downright woeful acting, buried below the dodgy Americanese English accents and even more dodgy casting, there must be a reason that people think this is anything other than a car crash. Alas, I can’t find it and never will, so here is every single reason why The Haunting of Bly Manor is the worst show Netflix has made in a LONG time.

I get the whole “running from your problems” thing from Dani, but being told by weird Henry during the interview and afterwards that people have died there and that he can’t even bring himself to return is the first red flag. She is then told by Owen that he dislikes the area and wants to leave. Oh, and then she meets the kids in such a weird and obviously fishy circumstance by the well after Miles has just murdered Hannah Grose. OH and then she finds creepy talismans around the house.

The universe was clearly trying to tell her something and she responded by putting her fingers in her ears. Bizarre.

Everything is perfectly splendid, and I hate it

Oh. My. God. This has to be the most annoying thing anyone has ever written into a script. It cannot be express how little this added to the show. The fact that she stopped saying it halfway through says a lot for how pissed off they likely became hearing it take after take on set.

Victoria Pedretti is absolutely dreadful in this

Whenever she has to act remotely anxious or scared, she goes into this defaulted huge fit of terror, and it is truly horrible to watch. No, not because there’s empathy involved from the viewer, but because she has got to be one of the most cringeworthy people in the entire nine episodes. Which is unfortunate because she’s the main character.

Her straight-out-of-theatre-school dramatics and overt Americanisms are enough for any viewer to need a swift round of acupuncture after viewing. Plus, it’s rule one of any American series – don’t even ironically try to mock an English accent unless you’re good at them, because it makes you look so dumb.

Another horrible little phrase that pops up in the series. Nothing endearing about it. Not one thing.

YOU SUCKED HIS FINGER, I AM JEALOUS

If a guy blows up for you tasting some cake batter or whatever it was, don’t bother with him. Unfortunately, Rebecca Jessel didn’t take this advice when it came to nasty Peter.

Actually, let’s talk about the rest of his bad qualities

Whether it’s Pete in his own body or in Miles’, he does a number of sinister things including murdering Hannah, assaulting Dani, making Miles break his own arm and murdering Rebecca by walking into the water in her body and drowning. Oh, and he’s a massive thief.

As if this wasn’t bad enough, he and Rebecca scheme to take the bodies of Miles and Flora forever. All of this seems to be brushed under the carpet by everyone other than Hannah, and it’s concerning that more present and ALIVE people like Owen couldn’t dedicate a bit more time to getting to the bottom of why so much messed up shit was happening.

Just like that, Dani’s creepy ex-fiance disappears one night

Who knew all he wanted the whole time was his glasses.

She drunkenly confronts him, puts his glasses in the fire and then he’s gone, never to be seen again. And the worst part? He’s seemingly forgiven for all of the trauma he’s given her since his death. We really thought he’d be a bigger and better part of the series – disappointing.

Hannah Grose simply forgets she died because why not!

When Dani arrives at the start, Hannah has just been pushed into the well and is looking over at her dead body. Then over the course of the episodes, she forgets that she’s dead. Why?

It can’t be attributed to her soul slowly dying and her losing grip of reality, because it took hundreds of years for Viola’s soul to disappear. Also, Pete and Rebecca Jessel died well before Hannah and they’re certainly aware that they’re not alive. So why is she the only ghost that is so forgetful?

I don’t care what they intended, this is a horror series and should be treated as one, surely?

There’s a load of people trying to justify its lack of scares on Twitter, and yes, it’s based upon a book, but come on. Note to self: don’t expect continuity and expect horror from a series that categorises itself under “horror”.

Dream states seem like an excuse for lazy writing

Maybe my infantile little baby brain isn’t big enough to understand dream states, not because they’re hard to understand but because they seem so… convenient. They don’t do anything for the progression of the storyline other than to save the writers some effort having to explain something visually to the audience.

We want to see shit HAPPEN, not Owen be repeatedly told that he has to cook for two children in that kitchen scene.

And on that note, Hannah Grose’s whole going back and forth through time is as tiresome as it is confusing

Hannah’s time travelling flashbacks go on for so long that your phone practically itches in your pocket, screaming to be taken out and browsed upon. Seriously, the whole thing seems so repetitive and time-wasting.

It’s like they ran out of budget and needed to fill the nine-episode quota that they initially signed up for.

Bly Manor is so disappointing, so many scenes drag out longer than needed, the acting is cringy at times and the story gets boring because they repeat the same things over and over.

How can you have a flashback to an event that you weren’t part of??

Here’s another one. Hannah has a flashback to when Peter is killed, and reincarnates as a ghost, being able to possess Miles. Was she there? No, but having her there for a flashback is CONVENIENT AND LAZY. Yawn.

Maybe this is more of an observation than a criticism, but it comes down to the same thing observed with Pete – people in HOBM are not held accountable or punished for their shitty behaviour. Yeah, Henry’s brother banished him, but that’s it. What about Flora, who is YOUR biological daughter, who you know has had a tough time?

That stupid alter ego of yours stopping you from stepping up and being a dad is it? And VERY convenient that they just “forgot” that you were never around after moving to America. How convenient indeed…

As is well known by many happy divorce-avoiding couples across the land, there’s no better way to reconcile a relationship than by going on holiday to an unfamiliar country together. If you remember, Dominic and Charlotte travel to India to sort her cheating tendencies out, but they get killed when they’re out there. Yikes.

That story will have taken HOURS to tell

everyone at the party after you’re done telling your 9 hour gay ghost story #BlyManor pic.twitter.com/GhznRE295m

Do you mean to tell me that the group of guests sat there for that long to listen to her story? GIVE OVER. I listen to the first sentence of someone’s story and clock out, so to think she had an audience of people feigning interest for hours is laughable.

Uncle Tom’s accent is the worst

I take it back, Viola’s accent is even worse

I take it back again, old Jamie’s accent is atrocious 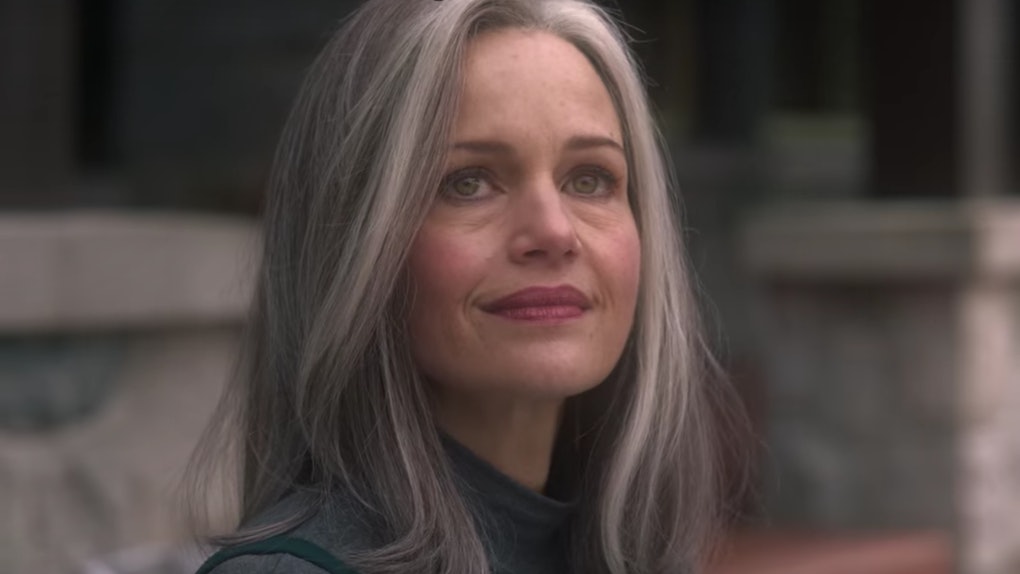 I beg you to go either to the start or the end of the series and really focus on Carla Gugino’s Northern accent. It is truly shocking – special mention has to go to her pronunciation of the word “but”.

HOW COINCIDENTAL! At the end, new grown-up Flora doesn’t bat an eyelid after hearing a whole hours-long story about a girl called Flora – it’s like: “Oh well, let’s disregard the entire story that’s been told even though it included details that seemed obviously similar to the few bits of my own childhood that I remember!”

Is there some real psychological explanation behind Flora and Miles forgetting? Like, does a certain amount of trauma make you forget years of childhood in one piece? In the last episode, Flora is a fully grown AMERICAN adult, and it’s a lot.

Also, the casting of the kids as adults is particularly questionable 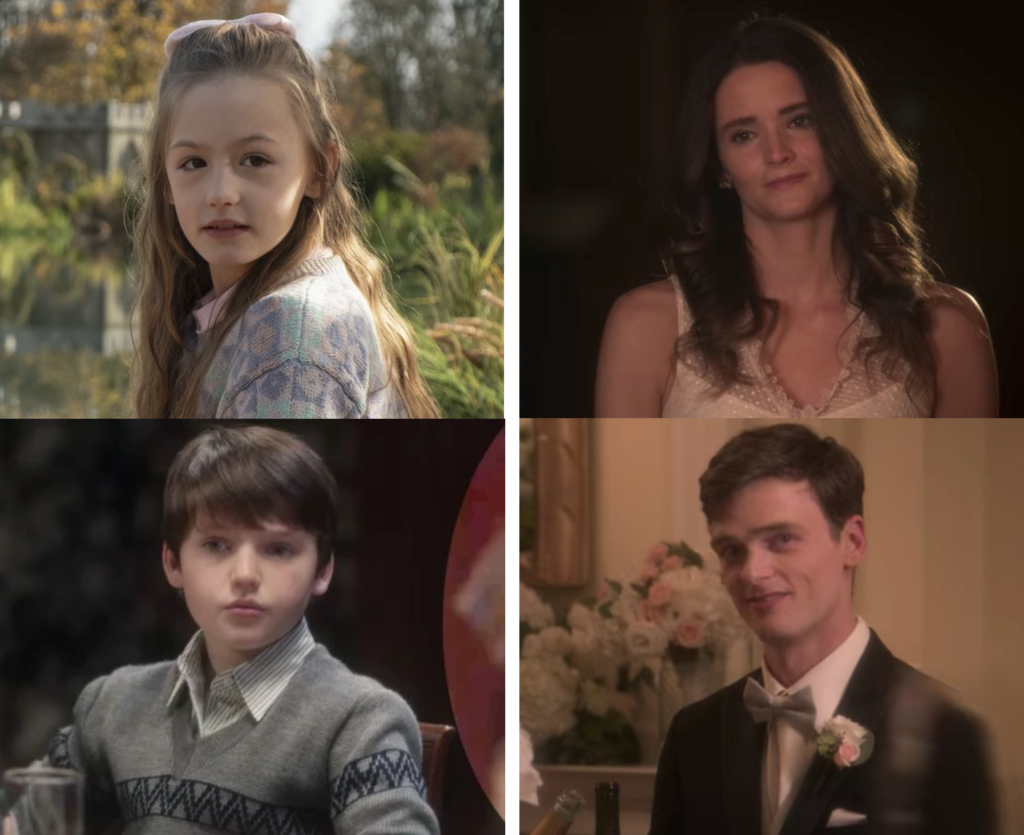 Miles as an adult is not great. Not terrible, but noticeably off the mark. He seems to have lost that snobbish arrogance over the years, because his adult version looks significantly more timid, but still – not terrible. Flora, on the other hand, is different on another level. The fact that she’s suddenly American even though she was eight and very posh when living at Bly is plain stupid, and she looks like a completely different human.

• ‘It’s you, it’s me, it’s us’: The Haunting of Bly Manor ending explained

• The Haunting of Bly Manor is being called ‘a masterpiece’, ‘creepy’ and ‘mind-bending’

The medical student died on Sunday

QUIZ: Can you match the iconic quote to the teen movie it appears in?

Ranked: These are the universities with the most confirmed Covid-19 cases

A handful of unis have more than 1,500 cases

Arrests to brutal assaults: Bryce Hall is objectively the worst TikToker of all time

And his fans don’t seem to mind

Pls just give me my money back