Selling Sunset season three has just landed on Netflix. And one of the main talking points in the new episodes is the divorce of realtor Chrishell Stause and her husband Justin Hartley.

In the teaser for the third season, it was revealed that Justin filed for a divorce from Chrishell – citing “irreconcilable differences”. The couple got divorced in November last year, after marrying in October 2017. During the new episodes, Chrishell discusses exactly what happened on the day she found out that Justin was filing for a divorce. 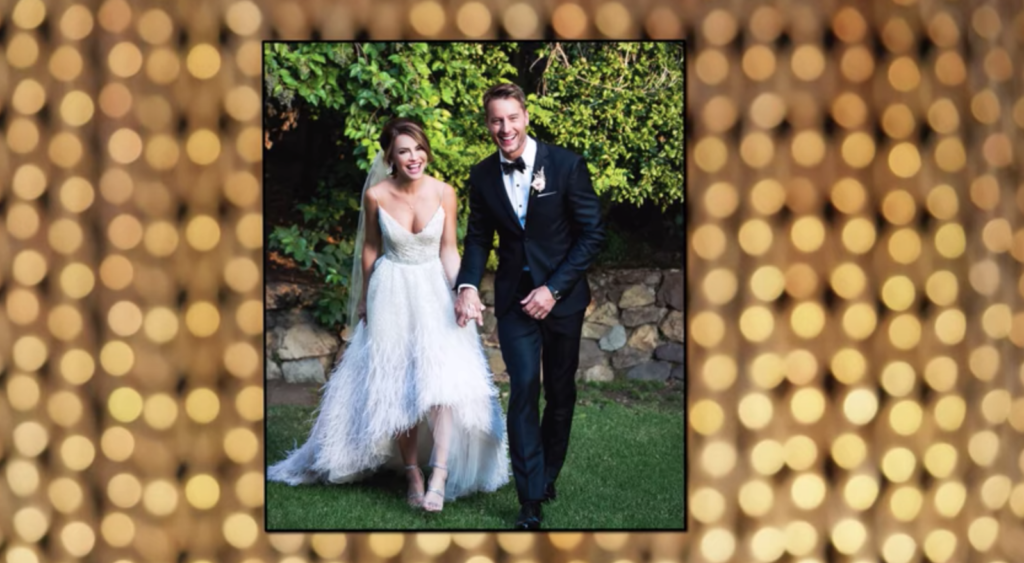 After moving out of the home her and Justin shared together, Chrishell was staying in a hotel whilst finding somewhere permanent to live. Going to check in on her, Mary visited Chrishell and the pair discussed what happened.

Chrishell says: “I don’t know. I just feel like… sorry I’m just in shock with it all. I’m trying to keep it together but it’s a lot all at once because everybody in the whole world knows the same time that I knew. Have you ever been knocked over by a wave and you don’t know which way to swim to get up?”

She continues: “We were totally fine that day. I thought we were totally fine”. Chrishell then says the pair had a fight over the phone that morning but then she didn’t see him, and says: “We didn’t talk things through and before we had a chance to figure anything out, he’d filed.”

Mary then asks her how she had found out if they didn’t see each other and Chrishell replies: “Um, I found out because he text me that we were filed.” Mary is obviously extremely shocked, and Chrishell adds: “And 45 minutes later the world knew.”

Mary replies: “That’s shitty, that’s beyond shitty. Part of a relationship is you talk about it and compromise and try and change for the other person. But those are two different things – getting upset and going down to the courthouse and filing. That’s huge.”

Chrishell then adds that she spoke to Justin straight after this, because she thought it must have been a joke. She says: “I immediately just grabbed a few things and I just got out of there as fast as I could. I don’t think I really knew where I was going or what I was going to do, but I just had to leave.

“When I think of marriage, I think of you work on things with people if they’re not perfect, you know, no one is. You work on it, you talk about it… you don’t throw out, you don’t go out looking for greener grass, sometimes you have to water the grass that you have and that’s what marriage is. Sometimes it can be hard. I mean, I don’t think it should be more hard than easy at all. But that’s why I am so confused because I didn’t feel like that balance was off, I just feel stupid.”