Netflix’s Indian Matchmaking followed Mumbai’s best matchmaker (in her own words) Sima Taparia help single Indians find their spouse. While Sima tried her best to meet the demands of her clients (and their parents!) by enlisting a face reader, an astrologer, a life coach, and even another matchmaker, it didn’t always work out for the couples.

During the show, we met a variety of Sima’s clients like Vyasar who had a tough childhood where he hardly saw his father, Aparna a lawyer who really didn’t like being a lawyer and divided viewers opinions and Akshay who wanted a girl just like his mum. The end of the show left us on a massive cliffhanger – did Nadia and the lawyer go on more dates? Did Akshay and Radhika get married?

Here are what the Indian Matchmaking couples are up to now, and it’s not looking good:

After possibly the most awkward first meeting ever, Akshay and Radhika had a pre-engagement ceremony. His mum seemed to recover from all her health problems caused by her son’s single life and his brother and sister-in-law could now have a baby! However, the couple has now split up.

Akshay told the Los Angeles Times: “A few days later, there were some things which we found out that did not go down well with us, and eventually I called it off”. He stated that trust had been broken but did not give detail into what had actually happened between the pair. 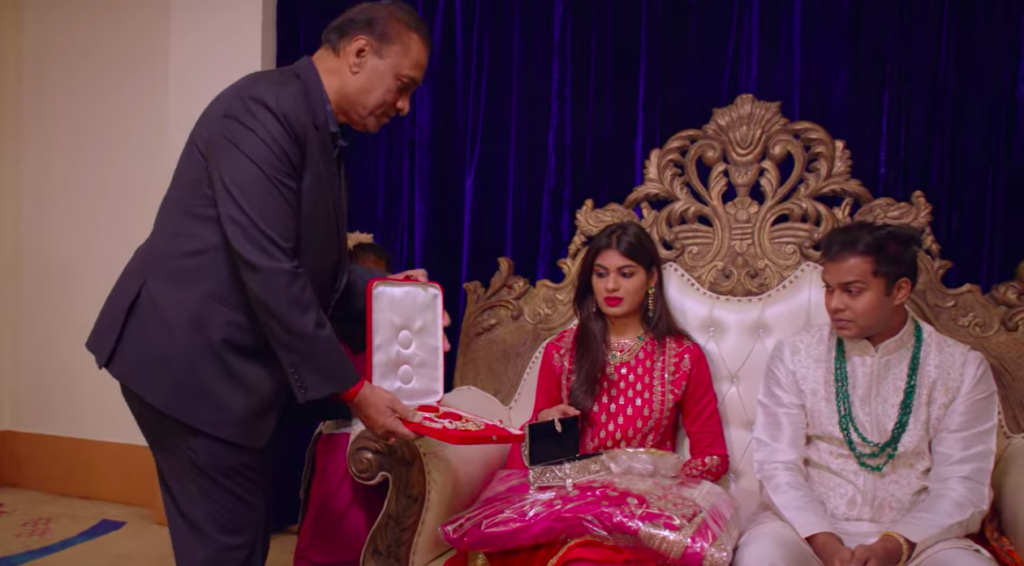 He says he is single right now and “still looking for the right one”.

We hope Akshay’s mum is coping with a break up alright.

Nadia described her date with Shekar as “the best day ever” and honestly we were all rooting for them. However, the Indian Matchmaking couple are no longer together.

*when the rain ruins your blowout but you have one of the best dates ever* …small price to pay! . Chicago in the summer is one of my favorite places. All of the water features throughout the city give me life! I’m a firey Sagittarius so the water calms me down. I absolutely love it! . Hope you all have ‘like, the best day ever’! Go get em!

Nadia said: “Being off camera definitely changed the dynamic between myself and the matches that I had continued talking to, and obviously, the change was not positive.”

One week since #IndianMatchmaking aired and it might be too soon for a #tbt but I’ll take my chances on this one. . I remember walking, and the rain falling, and just laughing because it was so much fun. Literally right out of a sappy Bollywood movie, my favorite kind! . Drop your favorite movie in the comments! Bollywood or not, doesn’t matter. My favorite Bollywood movie is (so basic) Kuch Kuch Hota Hai. I literally cry every time. One of my favorite American movies is The Notebook and I cry there too! Do we see a trend with my tears? Lol

Fans were shocked as Nadia had previously described her date with Shekar as “right out of a sappy Bollywood movie”.

Aparna is a successful lawyer (which apparently intimidates men according to Sima Taperia) who went on dates with three men during the show: Dilip, Jay and Shekar. Unfortunately for Aparna, things did not work out with any of them however she still keeps in contact with everyone.

“We’re actually good friends. To walk away with three people you can relate to, and who are good and kind and grounded, is a success in my book,” Aparna told OprahMag.

If anyone asks what the best part of #indianmatchmaking was for me, I’ll always say it was the amazing, grounded and loyal friends I made from the show. While sparks didn’t fly between @shekarjayaraman_ and I, we remain close friends and talk every day! And that’s the same for @jay_wa and @dilip.aidasani 🤗 Here’s to the people who come into our lives for a reason (and much more than a season).

Vyasar and Rashi seemed like a sweet couple that enjoyed each others company but they Vyasar told the Los Angeles Times that he is single.

“But it’s no one’s fault. Matchmaking really is tough. Both people I was matched with were truly wonderful, inspiring individuals who I’m proud to call friends. Ultimately, things didn’t work out, but I’m grateful for the memories I have from working with Sima.”

Pradhyuman and Rushali made a stunning couple however he said: “We had different paths in life and we respected that and moved ahead.” 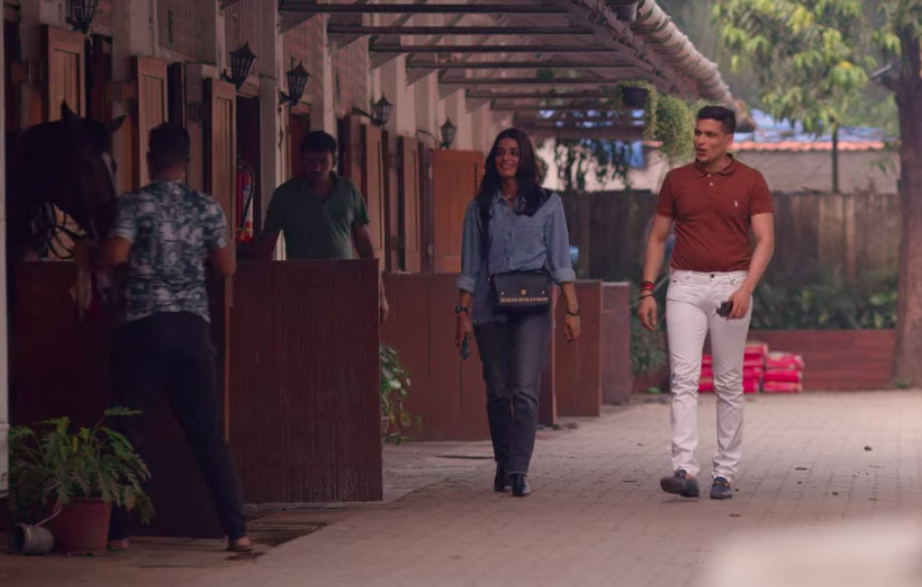 I decided to be a part of #indianmatchmaking on @netflix as I am personally always looking foward to new experiences and also thought I could try a different way to find my life companion. It was a radical yet a conscious decision to find one of the most meaningful aspect of my life. I did end up in a rather intense process but leaving me with a beautiful experience . Also having a camera around was not easy as it makes you conscious but it made me push my boundaries and out of my comfort zone. I would also like to take this opportunity to answer a few questions that I have been receiving . What happened with Rushali post the horse ride? We did keep in touch however long distance didn’t allow us to explore our individual sides and communicate organically plus we were in different stages in our life so we decided to move on and yes we are still friends 🙂 Have I rejected 150 proposals in reality? It’s been misunderstood . Match makers send you several biodata (not proposals) to go through to find the suitable individual and figure who seems the right preference. It’s only the first stage ,followed by verification, preferences, intentions, telephonic conversations and finally a meeting. I have met only a couple of them out of these biodata. Think about it when you are swiping left or right in dating apps are you rejecting or it’s just not your preference? Just like everyone else I am also looking for a beautiful life, full of growth and experiences with my partner , with whom I can be mentally aligned and I am taking my time because it’s for life and don't want to rush into it. And for those of you who are curious – I am not gay nor bisexual. I absolutely love Foxnuts and my door knob is just a creative photo frame reminding me of two life-death experiences. Little did I know I would be showered with so so much of love and support, well wishes, memes ( which makes me laugh at myself and I personally think we needed something to laugh for this 2020) and even the trolling. In 10 days , more than 10k of you who have come to my feedand it has left me overwhelmed and I am full of gratitude , love and feel so blessed. Thank you universe.

On his Instagram he also said “We did keep in touch however long distance didn’t allow us to explore our individual sides and communicate organically, plus we were in different stages in our life so we decided to move on and yes we are still friends.”

Unfortuately, Sima’s face reader friend wasn’t right about the future of any of the Indian Matchmaking couples, but at least he tried.

• Quiz: Which character from The Kissing Booth 2 are you?