I lived on the poverty line. If Tories think you can eat healthy and cheap, they’re wrong

You have no idea what you’re talking about

My childhood was all about allocated computer times between seven siblings, baths filled with water poured from saucepans and kettles, a duvet and eight extra blankets tucked under chins when the boiler broke one winter, and according to Twitter Tories: an unhealthy diet that could have been totally prevented if only we took the time to plan our meals.

My dad’s redundancy meant that for a time, we relied on my mum’s retail wage. She worked full-time at a supermarket opposite our four-bedroom house. They never spoke about how they managed to feed us all in that time, as well as acting like everything was completely fine, but they did it and I am privileged to say that eventually, my dad found another job.

Maybe you’ve seen the discourse on Twitter, but in case you haven’t: For the past 24 hours Tories have been trying to Rich-splain living on the poverty line, and how they themselves would do JUST FINE feeding a family with as little as £1 a day. This is all a result of the “Better Health” campaign is set to remove the “Buy one get one free” offer on foods considered unhealthy, and is placing lovely little calorie displays on food items. “What’s the problem?” mutters Tory twitter, as they tuck into some avo on toast, hypothetically pointing out that an avocado costs only £0.95p at ASDA. With each bite, they announce that if they lived below the poverty line they would be able to maintain a healthy diet on a budget for all the family because fresh food is “cheap”.

Perhaps, in the same way, I would never be able to assume where I would eat if I inherited Jeff Bezos’ bank balance: if you have never lived below the poverty line, don’t try and educate the working class on what your healthy-diet-on-a-budget looks like. You have no idea.

I don’t think I realised this until I started studying at university. It became a bit of a joke among friends that I didn’t know what plantain was, or had never tried avocado. I was the housemate that bought microwave meals, and was genuinely unaware and uninterested in prepping seasoning for chicken.

I would watch over the shoulder of my housemate as she neatly prepped raw mince, sprinkled it in seasoning, and fried it in Frylite one calorie olive oil. “You’re like, a kitchen goddess.” I told her. “It’s just a Spag Bol.” She’d smile, I’d spend about five minutes convincing myself that I was definitely imagining the pity in her voice. 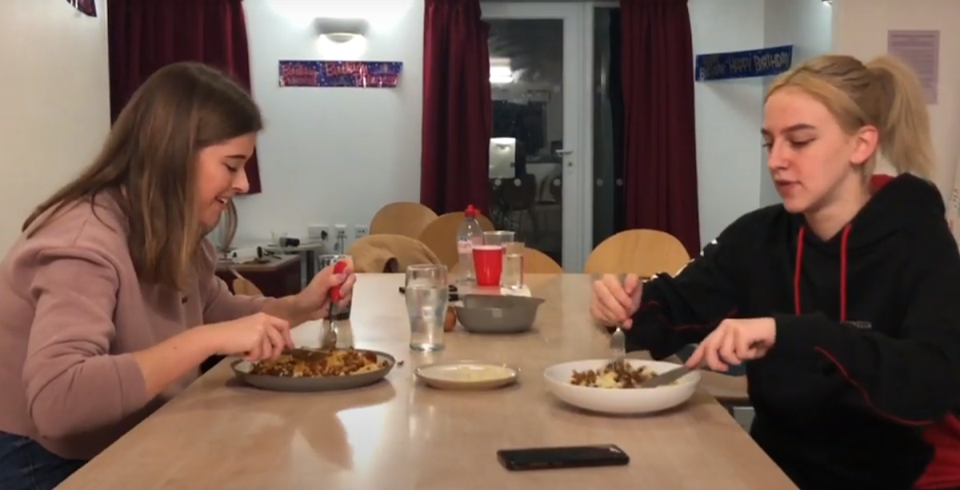 Having continuous and familiar access to healthy food is not something I was aware of. I genuinely cannot imagine ever opening the fridge to prep some kind of salad. Even if there had been the ingredients for that, a Rustlers burger is right next to it, it costs £1. I heat it, I eat it, I am full.

I remember when the Five A Day campaign rolled out whilst I was in primary school. We went on a trip to Tesco and were given samples of Pineapple, Pomegranate and Mango. I remember not only naturally hating it because I was a child, but feeling like this wasn’t food for me. It was food we sampled on a school trip.

Maybe this Twitter Tory is right. Maybe, after buying your cheap as chips vegetables and dicing them up to throw into a stir-fry is healthier than the three-for-£6 microwave meals my mum left on the side before she went to work. That’s not incorrect.

But with my parents out at work or searching, I would often find myself or a slightly older sibling acting as chef for the evening. Like it or not, working class parents know how to read recipes and work an oven, and I’m sure if they had the time they would cook all thee fresh meals they could, or pass these key skills onto their children. But if mum was at work, for us it was “Tin Night”. 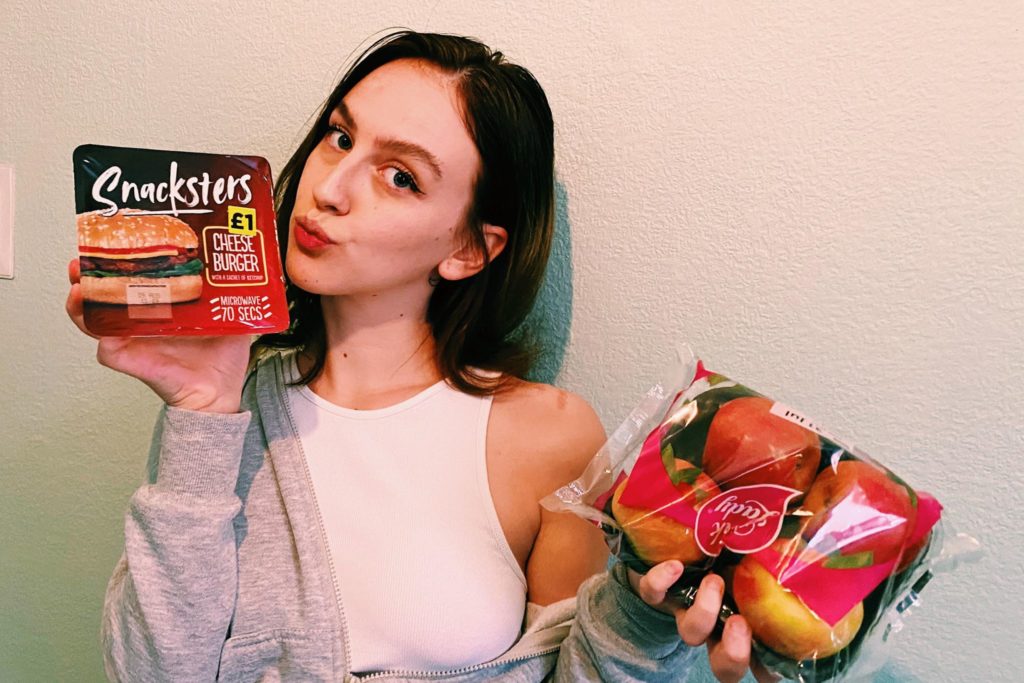 Any working class parent who can cook a linguine with avocado, tomato and lime after work deserves an actual medal

Comments about the “laziness” of the working class, and the “cheap” greens in Sainsbury’s veg aisle are up there in the most ignorant comments from Tory Twitter.

Mum’s working 8am – 6pm, but how LAZY of her to not get up before work and prep us all a linguine. Listen mate, the last thing anyone wants to do after a 10 hour shift is chop onions.

And this assumption that working class people go to a Mcdonald’s drive-thru every other evening is ridiculous. As a child, we used to drive past McDonalds and I used to wonder what it was like to eat there. My earliest memory of eating Mcdonalds fries was in year seven, my family didn’t start “going out for meals” until I was in Sixth Form.

Also, your 40 pence “greens” sound charming Tory Twitter, but it’s not going to leave anyone satisfied, let alone feed more than two people. Do Tories just eat a plate of green beans and go on with their day? This entire statement points out the price of vegetables, it doesn’t account for a meal. Healthy meals are not cheap meals.

I asked my mum how she would plan our meals during the period of our life that her wage sustained us. The answer was that meals were based more so on how much waste is likely to come out of the budget.

The idea of wasting money on food was a sin, every penny counted towards every meal. £5 for two Pizzas where all that remains is the ooze of the pepperoni on a plate, or £5 for the ingredients for a healthy stir-fry that will be tickled by a fork?

The “Better Health” campaign not only provokes feelings of guilt in anyone who sees the huge calorie count for the cheaper option but removing the “buy one get one free deal” shames working-class families into thinking they could get more from their money.