Are Jade from Little Mix and Jordan from Rizzle Kicks dating? An investigation

Has she made his heart skip a beat?

Yesterday it was reported that Jade Thirlwall from Little Mix and Jordan Stephens from Rizzle Kicks are going out after a picture emerged of them at a Black Lives Matter protest .

Neither Jade nor Jordan have confirmed if they’re together but there is a lot of evidence pointing towards them being a thing. And honestly what an iconic pairing if this is true.

Jade has been single since last last July after her relationship with Jed Elliott ended after three years. So nearly a year on, it’s the perfect time for Jade to get a new guy.

But are they actually anything more than mates? Here’s all the evidence Jordan and Jade are together:

They attended a Black Lives Matter protest together

This is the photo that got the rumour mill going into over drive. In the picture on the right, taken at a Black Lives Matter protest in London last weekend, Jordan is seen with his arm around Jade’s back as they are walking together.

Now it could just be a friendly arm reach around, but they seem pretty cosy – like they’re so close. I don’t know about you but I’m not that friendly with my guy mates.

Jade posted a series of photos from that march on her Instagram, but not the one of her and Jordan.

Jordan was wearing a jumper from Jade’s collab with Skinnydip

One of the many Little Mix fan accounts on Instagram shared a picture of Jordan wearing a hoodie from Jade’s Skinnydip collection.

This collaboration only came out at the end of June, so they must pretty close if he’s already got his hands on the merch?

They started chatting during lockdown

The Sun reported Jade and Jordan started talking whilst in quarantine but it’s still early days. A source told The Sun: “Jade has been open to dating for a while now but it can be hard to find the time to meet people usually.

“While stuck at home she started messaging Jordan and they have been getting on but it’s still really early days.”

An easy give away into whether or not they’re dating – they follow each other on Instagram. Jordan has commented emojis on a number of Jade’s insta posts including little rainbows and sunshine. 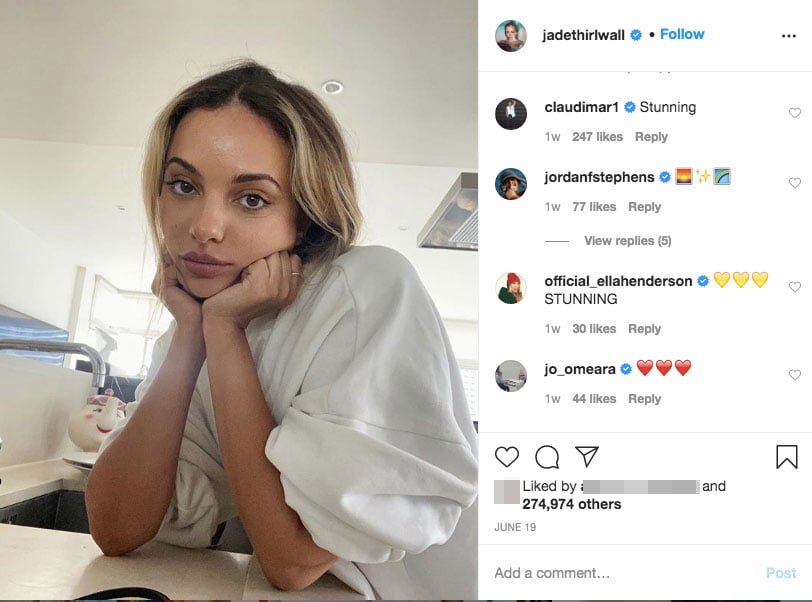 They’re so wholesome and perfect, why can’t they just announce they’re dating now??

They apparently went on a date in May

According to The Sun Jade and Jordan went on a socially distanced walk date in May and got to know each other better.

A source said: “They met up for a walk on Tuesday afternoon to chat and get to know each other which was nice but nothing has happened between them yet.”

I’m sorry but this just needs to be a thing, I’m now invested.

•Celebrity MasterChef starts tonight and this is the full line up

•These are the celebs attending the Black Lives Matter protests