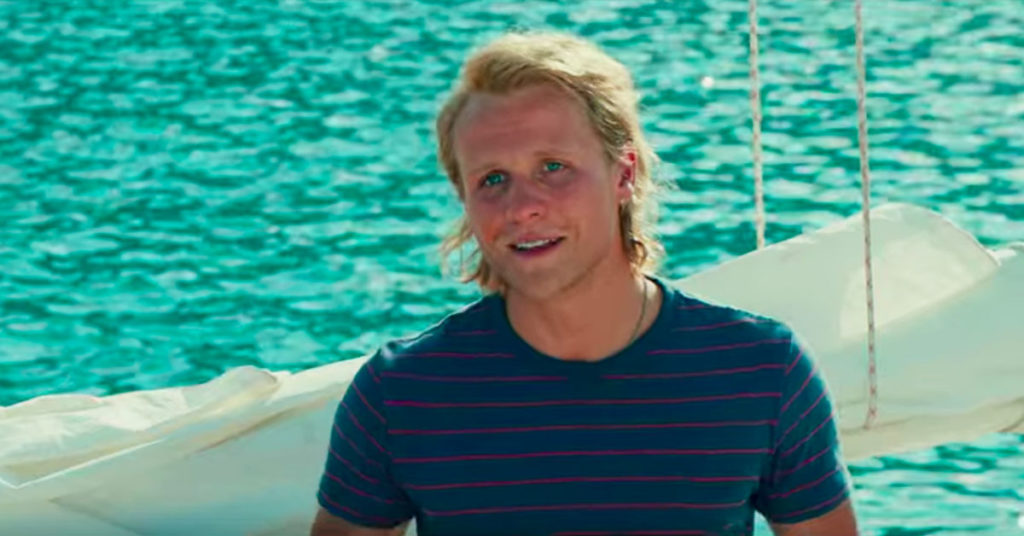 Young Bill is the only answer I’ll accept

Mamma Mia! Here We Go Again came out two years ago and yet I’m still not over Young Bill, in fact I don’t think I’ll ever be. And now both the Mamma Mia films have been added to Netflix we can all reminisce on the wonder that is Young Bill. But let’s not forget the other two guys, Sam and Harry are both funny, entertaining and equally not bad to look at.

But if you were on that Greek island and like Donna had the chance to hook up with all three of them, which one would you end up with? We all like to think it’s Bill, but in reality he’s a major player and wouldn’t make you happy in the long run. If you want someone sweet and committed you’re better off with Harry. Yes he’s awkward and probably not the best in bed but he’s loyal.

Or there’s Sam who is a bit of a mystery, occasionally messes up but in the end is a really good guy. And let’s not forget he takes great photos and can ride a motorbike. Either way we’ve designed a scarily accurate quiz to see which of the Mamma Mia guys you’d end up with.

Take this quiz to see which Mamma Mia! Here We Go Again Again guy you’d be with:

Mamma Mia! Here We Go Again is available on Netflix now. For all the latest Netflix news, drops and memes like The Holy Church of Netflix on Facebook.

•Quiz: Which character from Mamma Mia! Here We Go Again are you?

•An ode to Mamma Mia: the perfect film for any occasion