How is Gogglebox actually filmed? Here are all the behind the scenes secrets

From how the families were picked to crews set up in the kitchen, here’s all the deets

Often when my mind wanders, I think to Gogglebox. It makes me feel safe. It’s kind, witty, quintessentially British (even though only nonces and people like Tatler say the phrase “quintessentially British” so allow me there). It is completely beloved and will never get old. One thing I find less comforting, though, is the question constantly circling in my head when I watch it: How is Gogglebox filmed? Sometimes when you watch it you almost forget, or envision some kind of Wii Fit style video bar perched on their TV and not much else. No filming crews in the house, no editing necessary. Just simple: they speak, we see. But good TV doesn’t come as easily as that.

First, Channel 4 had to pick the right people. Yep, I said pick – there’s no audition process, so I’m really sorry but as much as you say “how sick would it be if we were on Gogglebox” to whoever you watch TV with, it’s not likely to happen. Much like Love Island, almost everyone was scouted, except it’s unlikely the Gogglebox stars were discovered through promoted Instagram posts. Then they have to film them in their homes, get close ups of reactions and piece it all together in the same week they film it. It’s intense. Here are all the Gogglebox production secrets, for your satisfaction:

How is Gogglebox filmed? Just two cameras, that’s how

The show is filmed using two cameras, one for the wide shot and one for close ups, which are pointed at the TV set up for each family. Some set ups are more optimised than others: for instance, producer Tania Alexander told Vice that Giles and Mary’s set up was initially a bit off, with Giles’ seat behind Mary’s like on a train. God knows how they were watching TV like that but Tania quickly changed it. She told Vice: “I said, “Let’s put the chairs out like normal people, Giles.” So we pulled the chair beside Mary’s. I never tire of that shot.”

Plus there’s a crew in another room in the house

If you thought Gogglebox was entirely without crew involvement, and sort of set up through an intricate system of webcams, like I did – you’d be wrong. There’s actually a camera crew of a few Channel 4 people in the same house, but usually set up somewhere else out of the way like a kitchen or bedroom.

Tania told Vice: “We rig a mini gallery, which is set up in a kitchen or bedroom. There’s a small team in the field – a producer, a camera person, and a sound person and a logger – and those four people are squashed in whatever room is available for the entire shoot. It’s like a mini TV studio. There’s nobody ever in the room with the families. For the show we mainly stay on the wide angle but the close-up shot is often used to capture an eye-roll or facial expression that we’ll use in the edit for comedy punctuation.” 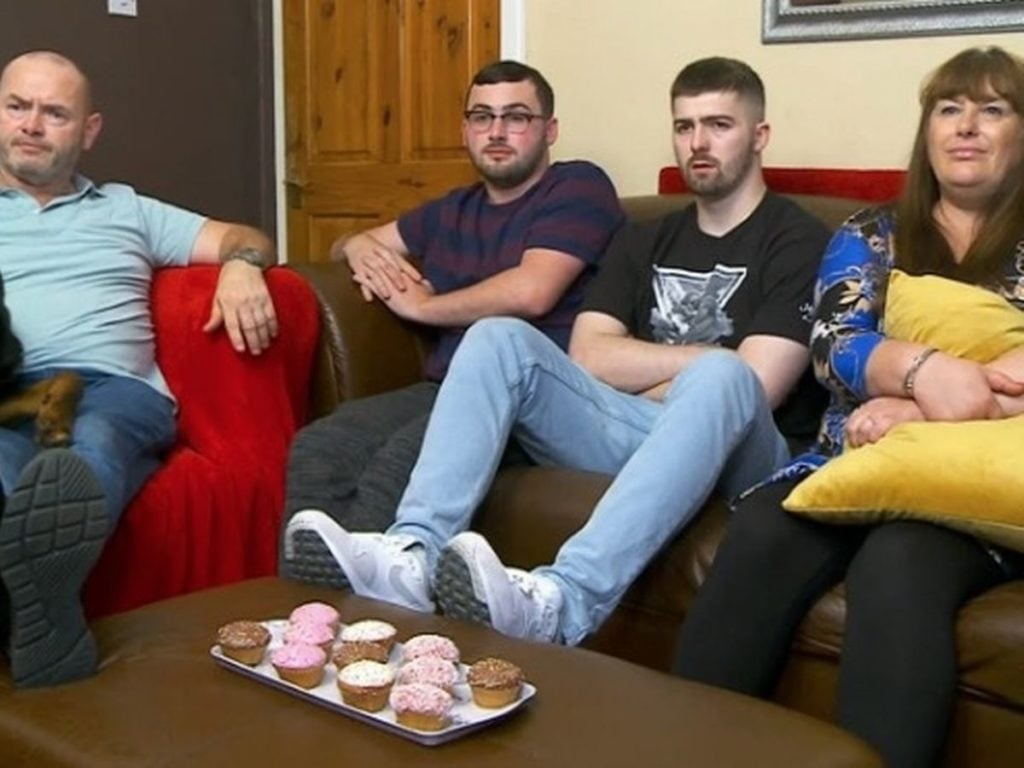 If you’re thinking what I’m thinking right now – ‘how the hell do they do that in Lee and Jenny’s caravan?’ – fear not, I have the answer for you. Andrew Collins, a journalist who visited every single Gogglebox family to see how it all worked first hand, wrote for Radio Times: “One temporary control room is set up in an adjoining room (teenager Josh’s bedroom at the Tappers; a van parked outside Lee and Jenny’s caravan).” Ah, my mind is at ease. A van. Of course, a van!

Also it’s worth noting that since lockdown they’ve been filming the whole thing remotely so it’s all safe and dandy, not to worry.

They film the same week the episode comes out

If you ever question “how is Gogglebox filmed and released so quickly?” it’s because, well, it just is. It’s really that fast. Channel 4 start shooting on Friday, film each house for a few days and then assess the material throughout. They start cutting and put it all together over the course of Tuesday, Wednesday and Wednesday night. On Thursday afternoon the voiceover is added and wham bam, final cut is sent to C4. It’s a speedy process indeed, helping to keep it completely relevant, which is Gogglebox’s entire USP.

They watch a few things a night

Tania told Vice: “The cast sometimes watch shows in advance, sometimes live, and sometimes after they have transmitted. We try to include a live show, a couple of news stories, an entertainment show and a documentary or two. We film about five or six things a night, so something that’s an hour long will probably cut down to about 25 minutes. We structurally build it so the cast understand what’s going on, but in my mind, I’ve already identified the scene that I think they will respond to best because I’ve cut so many episodes now, one tends to know what works. Politics works well for us, as it provokes plenty of opinion and humour.” 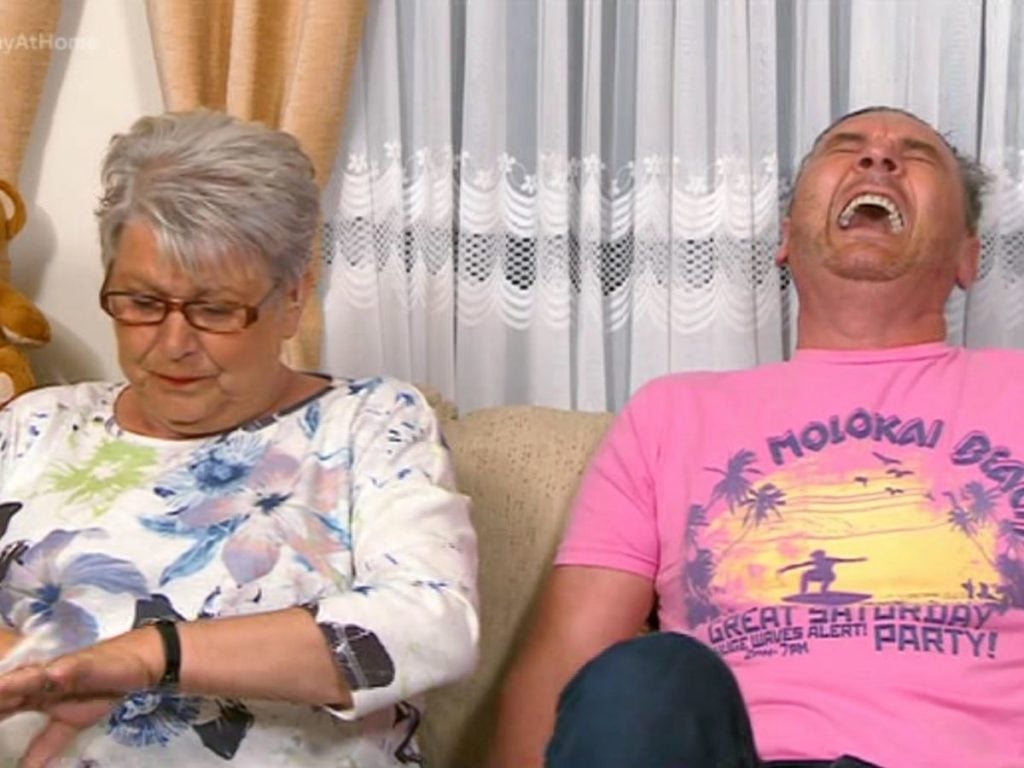 And film for about eight hours

The bigger question than “how is Gogglebox filmed” is “how long is it filmed for?” Sometimes it feels as though we’re there with them for their whole week, when in fact that’s not always true. Gogglebox stars are required to do roughly eight to 12 hours of filming, split across two days. The filming is usually in the evenings and weekends to fit with their schedules, as most Gogglebox family members have full time jobs they’re busy with!

The families are paid

The Sun previously reported that the families are given a £1500 “family allowance” though this was never confirmed by Channel 4 and unlimited free takeaways. Not a bad wage for sitting and watching TV, but to be honest I’d want compensation too if I had to awkwardly interact with a camera crew every time I made my ad break cup of tea.

They were all scouted, and not all of them were keen

Meanwhile you’d give an arm and a leg to be on just one ep of Gogglebox, some of your absolute favourites didn’t want it even a bit! Take the lovely late Leon and June for instance, who apparently were approached at a bridge club in their local area (bridge is an old people game. I had to Google it too.). I’m classic Leon form, he was keen as soon as a pretty woman asked him to do it, but June was not. Producer Tania told Vice: “Two rather attractive, blonde assistant producers walked in there, and Leon looked at them and typically said, ‘Whatever you’re selling, I’ll buy it!’ June wasn’t convinced though, and I had to personally get on the phone with her the night before filming and say, “Please do it. If you don’t like it, you don’t have to do it next week.” And she never looked back.” 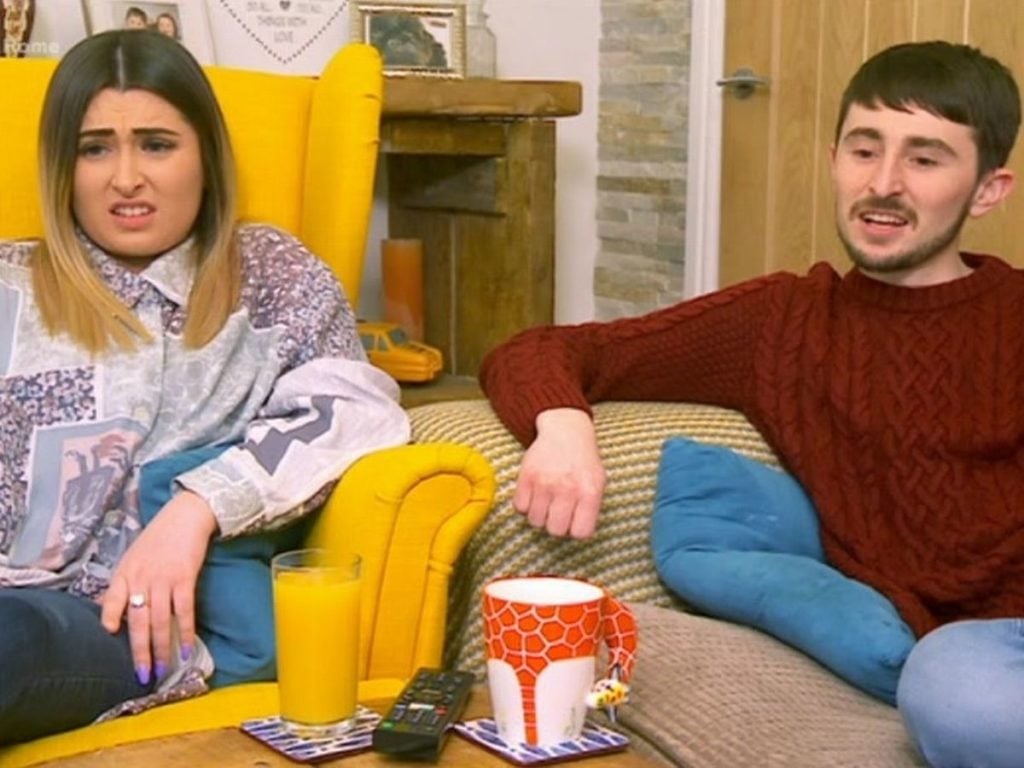 Others were sold instantly though. They found Stephen and Chris at work and approached Chris, who was very keen. They found Kate the vicar from a viral video of her doing a flashmob, and she was up for it just so she could prove that vicars are normal people too. The Siddiquis were recommended to producers and the Tapper family were supposed to appear on another show about Jewish mums but never did, so were picked for Gogglebox instead.

Only two families have been on it the whole time

Only Stephen, with differing male company, and the Siddiquis have been on the show the whole time. A lot of the families had to depart from our screens because of the show’s “no celebs” rule that keeps the program so “normal”. Scarlett Moffatt, for instance, can never return. That makes it sound like she’s barred for life and banished into a wasteland but you know what I mean. I’m pretty sure she’s doing fine elsewhere. Queen of the jungle and all that.

Well there you have it, I hope your brain feels as calm as mine does now the “how is Gogglebox filmed” question has finally been answered. Time for a Gogglebox marathon. Or maybe just rewatching that clip where the dog kicks over the cup of tea. Classic.

• What jobs do the cast of Gogglebox have when they’re not filming for the show?